A long time ago in a galaxy far, far away….

Episode VII, Star Wars: The Force Awakens, co-written, co-produced and directed by J.J. Abrams, a man who has become almost a legend himself, after years of speculation and months of saturated media attention has now started in a cinema near you.

We’re not going to reveal major incidents in the story line, because we believe you should all have the chance to enjoy your own reactions but be warned, mild spoilers may appear in this review.

To produce his first intergalactic Star Wars movie in the first place writer, producer and director George Lucas was required to combine his desire for old- fashioned storytelling with cutting edge-technology, inventing techniques that would change the face of movie making forever. This new episode pays homage to and compliments both its original audience and its brilliant creator.

For J.J. Abrams taking on this sequel was a huge responsibility. He rose to the occasion brilliantly, mixing nostalgia for times past while delivering a blockbuster on a monumental scale, one that will go down in movie history. Visually captivating with sumptuous imagery and full of nostalgia Star Wars: The Force Awakens is delivered at a wonderfully orchestrated pace. What a welcome home experience it is.

Not only one re-lived but also heightened and expanded in a powerful re-awakening woven with imperturbable self-possession, which resonated loudly and long after the final credits rolled. The magic is back.

For many it would also have been a game-changer. Up until that point nothing like it had ever been seen before. It’s easy to forget that mobile phones and computers in every home were the future and games were still played on a board.

My three sons were 9, 7 and 5 when it first appeared on our screens in 1977. Apple computer had just been incorporated (January 3). We all went together, gazing in wonder and awe, while going back for more until the final story in the trilogy The Return of the Jedi in 1983, which was the year when the first mobile cellular telephone call was recorded and the beginning of the Internet announced. 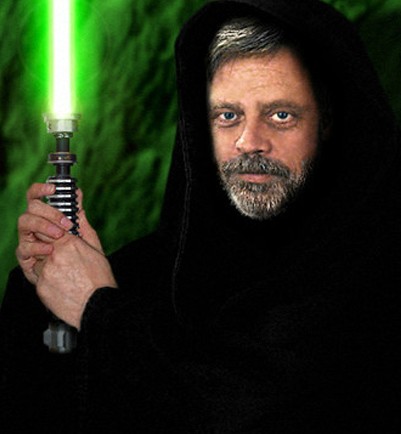 There was so much emotion to deal with; I admit that I felt moved nearly to tears as the music first swelled, finding myself wide eyed with wonder at times, terrified in others and overall, deeply deeply satisfied.

For nearly four decades since many people all over the world have followed the journey of this group of wonderful friends, who believe in an all encompassing energy force in nature, one able to be accessed by only a chosen few.

Seeing this the next movie in that first sequence again with my eldest son and a dear friend, who is also a huge fan, we did our best not to have expectations coming into the sold out theatre, although determined to enjoy the adventure and the ride.

We deliberately chose to see it in 2D first to honour our own original experiences and were glad we had.  We were quite literally all bowled over. Going to dinner afterwards also meant talking about it unreservedly for a long time. For me sleep was difficult, as I wanted to endeavour to begin to record my thoughts, which seem in retrospect woefully inadequate. J.J. Abrams took all the favourite characters to heart and expanded their roles with a fast moving well-paced script full of meaningful dialogue that contained many humorous lighter moments – ‘escape now, hug later’. The genius of it all is that while it feels all at once familiar, there is so much more to take on board that is guaranteed to win all new audiences to its charms and just keep us all coming back for more.

Harrison Ford as legendary former freighter pilot Hans Solo delivers his lines as always with great élan with his faithful furry off-sider Chewbacca at his side.

They are both marvellous in this, bringing both their experience and industry savvy to bear, captivating all our hearts once more.

Hans Solo, Luke and Leia Skywalker are legendary figures for the youthul Rey, an all-new Boadicea Celtic styled heroine with all the moves of a mighty warrior Queen played by former British acting hopeful Daisy Ridley. She didn’t believe they really existed until she meets Han and Chewie.

Ms. Ridley truly has become a bona fide star overnight. She’s not just good she’s extraordinary, bringing the past into the present and delivering a power packed performance that reveals the power of one.

Mark Hamill as Luke gradually brought energy and gravitas to his role over the length of the original trilogy. Similarly, from the moment Daisy Ridley arrives to illuminate the screen we know all will eventually come right in the galaxy. Rey displays the same hope and courage as he did, giving us all new hope as without the Jedi Knights we know that there can be no balance in the force.

A self-sufficient strong youthful scavenging loner abandoned in her childhood on the desolate sandstorm swept planet of Jakku, which is littered with massive amounts of space junk and wreckage from the days of the Battles during the Rebellion, Rey is seemingly on hold, waiting for her life to begin.

When it suddenly happens she struggles to understand that this is the moment and that she has to quickly find the power within if she is to survive. When she does discover she has this unexplained force within, we all plug into her journey as with amazing grace she controls it with great calm and decided cool.

Rey could be likened to a newly born star rising gloriously for the galaxy to follow, as she becomes a force for good to be reckoned with in the universe. Unexpectedly she finds a friend with flaws, the newly named Finn a former Stormtrooper (John Boyega), recruited by the all-new ‘First Order’ to do the bidding of their new Supreme Lord. Brainwashed into submission, Finn sees the error of his judgment and their ways when, on his first field of battle, he and his counterparts are told to slaughter the local inhabitants.

He finds he hasn’t the stomach for such an atrocity and despite Captain Phasma (Gwendoline Christie) chrome plated female leader of the stormtroopers trying to force him back on track, he’s definitely a lost cause.

In order to escape he must find friends to help him, which he does, the first being the quite dashing Poe Dameron (Oscar Isaac) the best Starship fighter pilot for the all-new Resistance led by General Leia.

Poe picks up his own baton and generously goes with the flow, making this role his own. He’s been sent on a mission to find the missing link, a map that will lead them to the original temple of the Jedi where ‘Luke Skywalker’ who vanished years before, is in hiding.

Poe has found a clue to his disappearance, which he has hidden in his roly poly small droid B-B8, which he becomes separated from when all hell breaks loose as the enemy arrives on Jakku.

There Finn also finds his second friend, one will also give him unconditionally a loyalty he’s never known, in the lovely Rey. They bond together beautifully as she helps him to become a reluctant hero. When Rey and Chewbacca also meet and form a mutual admiration society, we understand many things are about to change. This change will be brought about by the all-new face of evil, the completely messed up Kylo Ren, played with great strength and amazing depth by a mesmerizing Adam Driver.

This incarnation of villainy is a very different bad guy indeed.

Still tall, but youthful, slender striding out confidently as the personification of all that is bad in humanity, dressed in silky black flowing robes and throwing epic temper tantrums when he’s thwarted.

He’s charismatic to say the least and mesmerizing at best drawing you in with his dynamic presence. Most of the time he wears a headpiece that looks like it’s been fashioned from the grill of a great classic car, which he removes at will with great aplomb.

He has modelled himself on the original dark side defender Darth Vader, who was eventually saved by his son Luke and ascended back into the light. However it seems our current dark lord doesn’t know or understand this history.

Sadly we have the feeling there is going to be no reprieve for Ren in this story or beyond. Worst of all we are left feeling he’s only just getting started as the force dramatically reawakens, which he helps bring about with one single act of evil+, sure to have repercussions.

It was good to see ageless Swedish born actor Max von Sydow lending his solid presence as Lor San Tekka in the opening sequence. The lovely Lupita Nyong’o as the CGI created tiny Maz Kanata in what was a small role was a very powerful indeed.

Much like a female Yoda, she is full of the profound wisdom of ancient times, a character we would like to see again.

Andy Serkis is the Supreme Leader of Villains, Snoke. Where on earth did he come from and how thoroughly obnoxious he is!

Back in 1977 the kids of that new day were looking forward to their future with optimism, which is one of the original Star Wars defining characteristics and that is certainly back here as Star Wars: The Force Awakens.  This movie can honourably take its place, making the New Hope original trilogy into a fabulous quartet. A great deal of the action all goes down again in the Millennium Falcon, that rusty old pile of nuts and bolts that ‘made the Kessel run’ a hyperspace route used by smugglers and unscrupulous freighter captains, in 12 parsacs!

It has been rescued from the scrap heap to take us all on a rollicking adventure once more, all enacted to that wonderful and happily familiar musical score. With a few fabulous new additional works, by the original maestro John Williams, this new incarnation should keep Symphony Orchestras playing kids concerts around the world for a good while longer.

You just can’t imagine this series without his marvellous music. My only disappointment if I had one, was that the wonderful Leia, played by Carrie Fisher, while lighting up the screen when she was to be seen was on the edge of events … would have loved to see her more active, after all she was always much younger than Han.

Whether you are old fans or fresh-faced and new to the power of the force, you will feel as we did I am sure, that you have just been awakened from a long sleep to become part of something new and very special indeed.

Words totally fail for me. Personally I have to say I found it impossible to give Star Wars: The Force Awakens anything but a 5/5.

French Chef Francois Massialot was Cuisinier Royal at the court of Louis XIV (1638 – 1715). He set a standard for dining throughout Europe from 1698 when he used flowers to decorate the dessert remove following a great dinner. Other descriptions of flowers decorating the dessert at Versailles include one…