Last week Hollywood heavyweights strode out on the red carpet for the 67th annual Cannes Film Festival, and they did it with super style.

As we know award season can be fraught with fashion disasters, but I think stylists and stars did an amazing job for this year.

The Cannes Film Festival was created on the initiative of Jean Zay, the then minister for education and fine arts.

He was keen to establish an international cultural event in France to rival the Venice Film Festival.

Sixty seven years on, I think he succeeded in his dream. 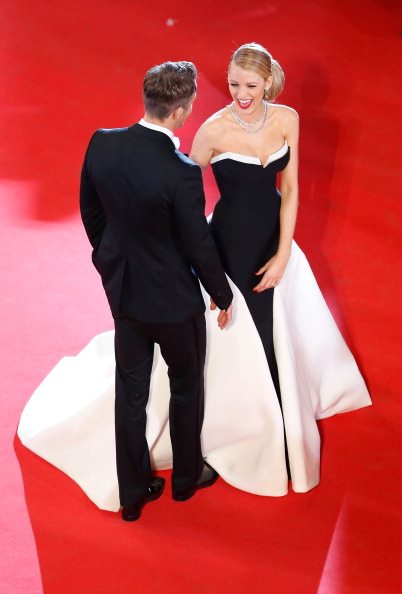 This week I’m going to share my favourite looks.

First up, in my opinion, the Queen of Cannes this year was Blake Lively.

Can she ever look bad?

I am a fan from her Gossip Girl days, and have always loved her style.

For these awards she took it to a different stratosphere, planet perfection.

She wins the Palme d’or award for couture.

From the so on-trend burgundy Gucci Premiere grecian inspired gown accessorised with Casadei shoes and Lorraine Schwartz jewels, to another Gucci Premiere number. Then it was on to Chanel Couture.

Karl Largerfeld is having his moment with the wasp waist look, creating optical illusions of epic proportions and this heavenly beaded version was a vision on Lively.

Add to that, her perfect accessory handsome husband Ryan Reynolds, and it’s swoon time. I could go on for hours about all these looks, but I should leave space for some of the other heavenly creatures. Cate Blanchett always takes risks and I think 99.9% of the time they pay off.

This year at Cannes was no exception.

No one does gossamer champagne like our Cate, and she proved this again in Armani Prive`, absolutely faultless.

It looked like she had been sprinkled in fairy dust.

In a structured blue sheath by the same designer, Blanchett was resplendent.

Ten out of ten! Nicole Kidman in Armani Prive` had a “Game of Thrones” moment in this magnificent gown.

The strapless, heavily beaded bodice with a medieval feel, was balanced by a lightweight layered skirt, the colour looked amazing on her. I’m sure this is the same dress Angelina Jolie wore to this years Oscars, only with burgundy beading.

It does prove once again though, you have to be as thin as a rake to wear this piece.

Both these women look voluptuous and are very slight in real life.

I adored Paz Vega, she plays diva Maria Callas in “Grace of Monaco” starring Nicole Kidman as the legendary Princess.

The gorgeous cap sleeves and architectural neckline, were given a touch of frivolity by raspberry satin pumps. A mid length blush Salvatore Ferragamo with matching heels was simple and lady like with a sheer sleeve, and the navy Pamella Roland was all kinds of sexy.

Ticks also for the sheer Elie Saab Couture beaded sleeveless dress lifted by a pop of red on the lip. This woman is polished elegance.

The one shoulder red satin accessorised with silver clutch had a daring thigh revealing split. Then there was the shimmering white sheath, with a gorgeous blue pashmina and musk pink clutch.

What I love in particular about her is the choice of footwear.

She is rocking the flats and owning the red carpet. Here is a woman at 56 that is truly comfortable in her own skin.

So whether the movies were as good as the fashion remains to be seen.

All I can say is I loved the spectacle and the backdrop.

Cannes shone, and so did the couture!