Life, liberty and the pursuit of happiness are objectives we are all seeking to embrace in Australia. However, if we are to continue going forward as a nation and as an integral part of an enlightened global society, then surely we must ensure that the values and aims we all share remain at the forefront of our laws and culture. This way we can hope to avoid the mistakes of the past.

We certainly don’t want to face a future in which we discover that we have in fact become our own worst enemy.

Today Canberra, the city and our national capital, is seemingly bound down by an entrenched bureaucracy and political instability. In Australia our politicians are so busy being involved in predatory behaviour and battling each other that no one is winning the war against folly.

The farcical state of the power play of our politicians that took place in Canberra on March 21, 2013, must surely have encouraged all Australians to examine and evaluate their own set of ideals and principles, at least in terms of what our government should be all about and, hopefully represent?

Do our ‘representatives’ believe they are somehow separate and exempt from accountability, while they are busy enjoying the security an institutional salary offers? They all carried on as if we were a young country uncertain of its position in the world instead of one, at least until that dreadful defining moment, respected on the world stage. 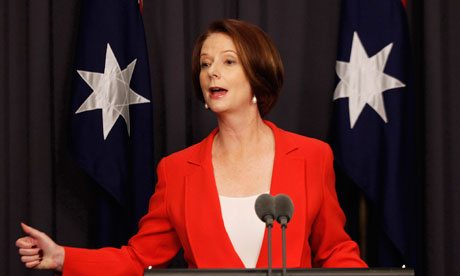 An article in the English Guardian immediately after the event said it all… Australians don’t know how lucky they are – a leadership threat to Julia Gillard seemed churlish, given the strong economy – but disgruntled Australians are a common breed!

Today the worry for all Australian people is that the human values we all share will quietly transform into the opposite on their way to becoming national policy. A continued acceptance by us all of our Pollies outrageous behaviour only gives them the power to continue, at least metaphorically, to eat us all alive.

If the recent financial global meltdown has taught us anything at all then surely it is that ‘when capitalism’s predators become too powerful – extracting value from society rather than creating it’*, then it is truly time to choose a new future

Cartoonist Michael Leunig observes "Look at that! Brilliant" - 'kill the leader ... nip the whole movement in the bud'

Cartoonists and caricaturists are having a field day and who would blame them.

The whole sordid business was more than ugly, which says more about the Pollies ‘grand design’ than that of Canberra’s award winning architect Walter Burley-Griffin, whose visionary concept for our nation’s capital was, in the main also ignored by another group of people focused on self interest, championing mediocrity and wallowing in a mire of ego and amateurism, much like their modern day political counterparts.

Surely we don’t want to be sacrificial lambs, especially at this time of year when Easter is nearly upon us when, as cartoonist Michael Leunig reminds us, the ‘people’ killed their leader and, together with the Romans, thought they had nipped the whole ‘do unto others as you would have them do unto you’ movement in the bud.

The notion that our politicians should combine a strategy for competitive success with a commitment to social good, is being entirely overlooked. And, if we don’t all refine our interest in the ‘state of play’ and give them all a big serve at the polling booths, then we could all be in for a very bumpy ride.

England’s so-called Westminster system of government, that our Australian system is based on, was refined gradually by debate and experience over a long time. It is meant to be all about dispensing justice while preserving liberty under the law.

Just as we once separated religion from state, perhaps we now need to separate profit from state, unless it is all about social profit.

Environment, justice, peace, poverty, immigration, crime, education and family are only some of the topics for debates and discussions that should be taking place in Canberra by our politicians. That won’t happen however, if we have a system led by people who continue to exploit life rather than serve it.

We should be involved in talking about how we can expand ideas that offer us new approaches for the ‘shared work of building the common good’.

“By reconnecting value to real-life ideas of growth”, Geoff Mulgan argues, “efficiency and entrepreneurship can be harnessed to promote better lives and relationships rather than just a growth in the quantity of material consumption” Mulgan says.

“Healthcare, education, and green industries are already becoming dominant sectors in the wealthier economies, and the fields of social innovation, enterprise, and investment are rapidly moving into the mainstream–all indicators of how capital could be made more of a servant and less a master” he said.

We need individuals leading our recovery who will invent new services, generate new jobs and ensure that there is an economic freedom for creators, those helping to shape enterprises built around people and their talents. 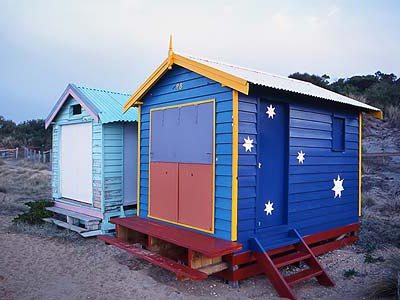 Culturally, and in so many other ways innovative and tracking technology has ensured that we are all now connected, whether we like it or not. All people, regardless of race, ethnicity and creed, who live in Australia from the 21st century onward will need to pull together as one, if we are to define and shape the continuing development of our nation and its multi cultural concepts.

We cannot do that without respect for each other’s stories.

Australia is a land that rewards effort and encourages action and participation. Its people need to find one another first if they are to reclaim its future. We need to be inclusive and show respect and regard for each other.

We also need contemporary leaders who will come together and offer our growing global multi cultural society new options, new policies, other ways of doing things and, considered choices. Most importantly, we need leaders who will empower all our communities to transform themselves. Then, and only then, will it become empowerment of, by and for the people.

We are no longer a country of ‘whinging Poms’, but ‘disgruntled Aussies’ and, we all need to stand up together and be counted or the consequences could be dire.

*Geoff Mulgan, CEO of Nesta, who believes we now need to empower the people if we are to continue to grow and thrive.

Nesta is an independent charity in the UK with a mission to help people and organisations locally, and internationally, to bring great ideas to life.