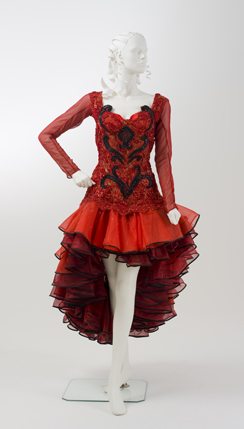 The sequinned splendour of the stage and screen hit musical Strictly Ballroom will be celebrated in a new exhibition opening at the Powerhouse Museum, Sydney on Saturday April 5, 2014. The ‘Strictly Ballroom Story’ will feature dazzling costumes, some forty of them by Catherine Martin, as well as the sensational ‘Final Festival’ costume designed by Angus Strathie and worn by Fran in the movie’s final scene. I’m looking forward to the reaction from our audiences,” said Powerhouse Museum Director, Rose Hiscock who also noted the “… Strictly Ballroom costumes are part of a significant collection – including designs and costumes from other Bazmark productions” The dress was made by Strathie’s mother with sequins, beads, diamantes and leather in 1991 so that it would have a ‘home made look’. A Gift of M&A Film Corporation Pty Ltd, 1993, the dress is in the Baz Luhrmann Movie Collection. 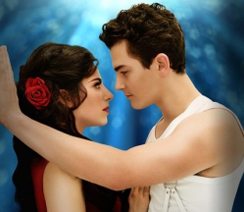 It is thirty years since Strictly Ballroom set the world dancing and now you can rediscover the glamour of Baz Luhrmann’s flamboyant musical and his new stage event through the cast and set photographs, video clips of performances and rehearsals and Martin’s design drawings will be on show revealing the inner workings of the creative process when imagining a major international hit show.  On show will be the stunning bead encrustedjacket that Paul Mercurio wore in the final scene as well.

Many of the items on show have also been generously donated to the Museum by Catherine Martin as a celebration of her creativity and her husband Baz Luhrmann’s Strictly Ballroom and its ongoing success. 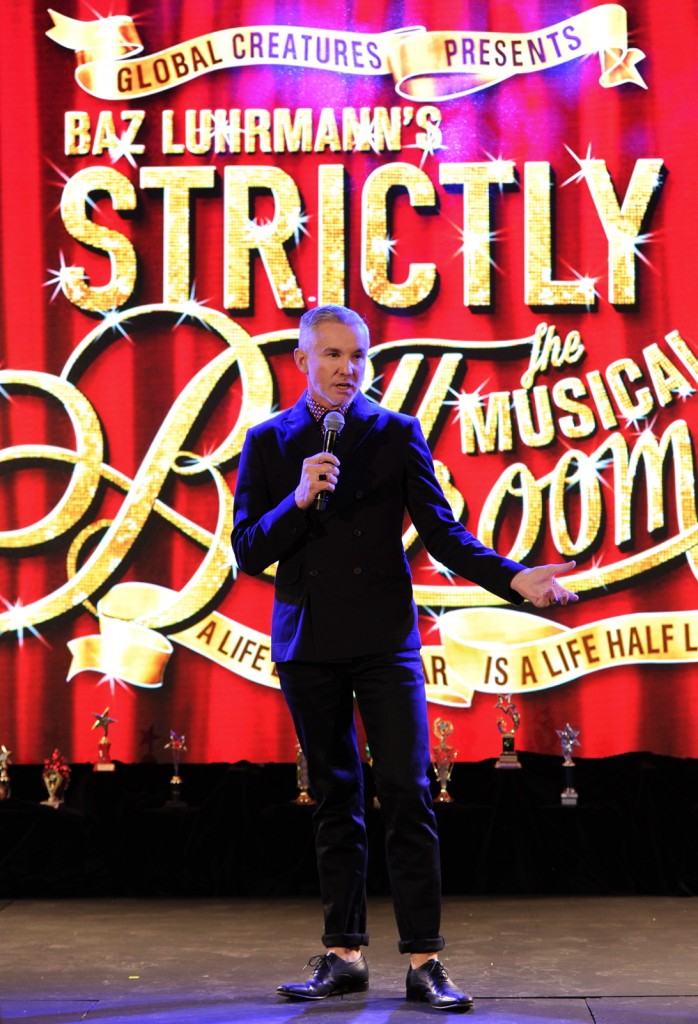 The show synchronizes perfectly with the opening of Baz Luhrmann’s Strictly Ballroom The Musical, which started on 25th March at the Sydney Lyric Theatre.  More Details & Buy Tickets

During the eighteenth century in Europe and England philosophers believed the universe was a harmonious place. Apart from reclining on sofas and settees the fashionable slept until midday in beautiful beds draped with luxurious fabrics or embroideries… Till noon they sleep, from noon till night they dress. From night till…