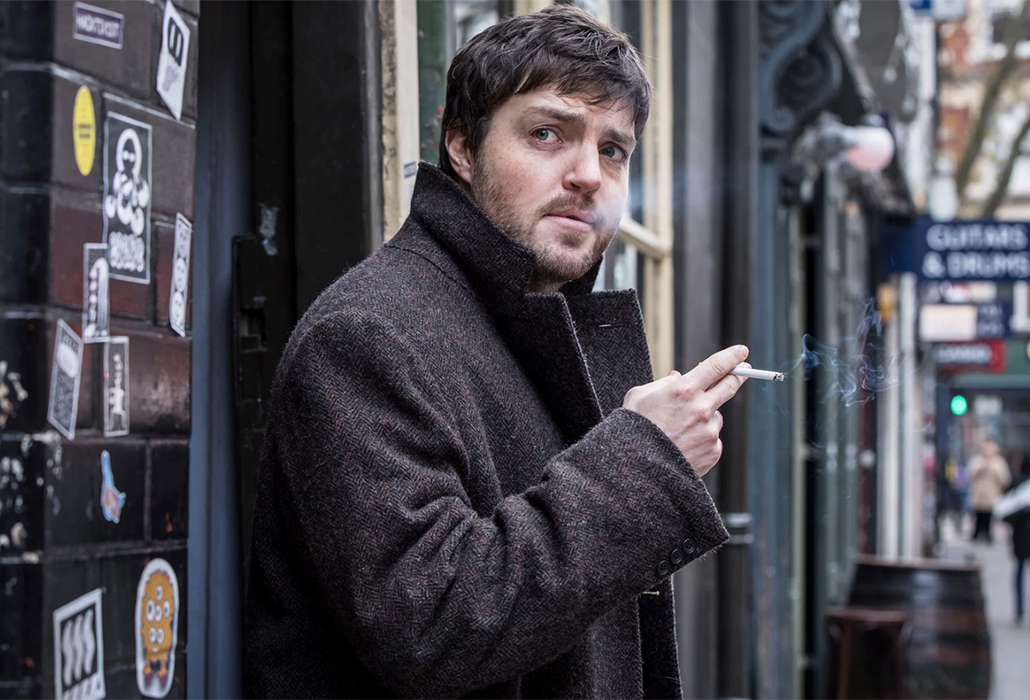 Slightly shambolic and scruffy looking, UK actor Tom Burke features in an easy to like BBC One TV Series: STRIKE, based on the novels of “Richard Galbraith” aka J.K. Rowling, playing a character that suits him to a tee – Cormoran Strike.

C.B. Strike is the son of a former supermodel and an ex-soldier military police war hero, who lost one of his legs blown off below the knee, when on patrol in Afghanistan. Now he wears a prosthetic and has a new role for that of a private detective, based above a guitar shop in Soho.

He has a nose for trouble and a budding new assistant Robin Ellacott, the lovely Holliday Grainger. 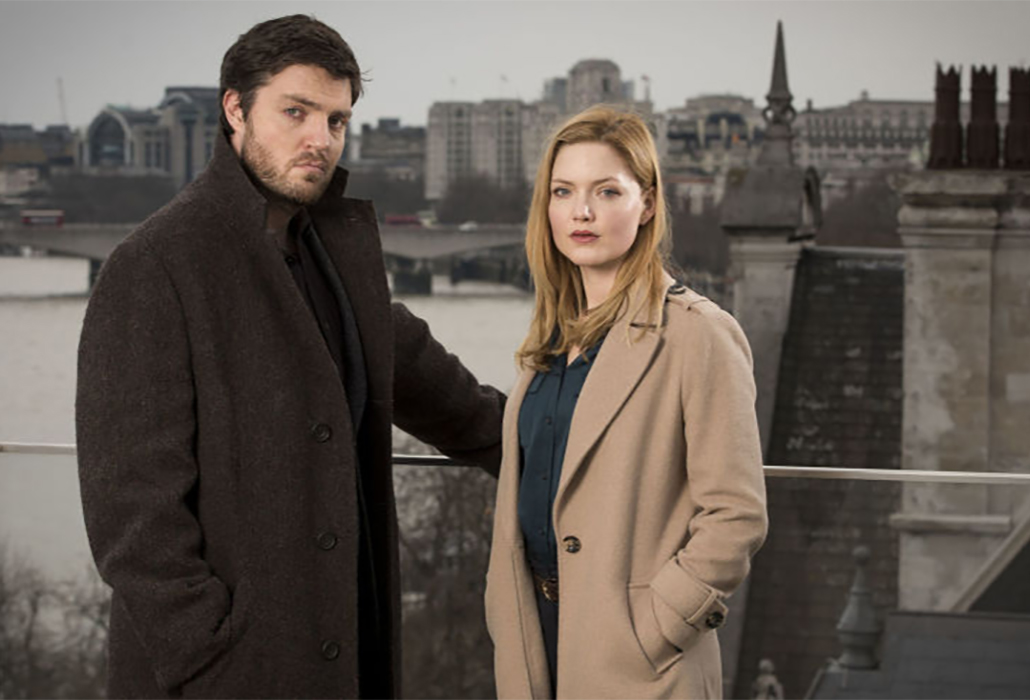 She might just turn out to be invaluable in his mission to track down who may have killed Lulu Landry (Elarica Johnson) a Mayfair based model, whom we discover was of mixed race, had a big heart and was loved by the people around her. 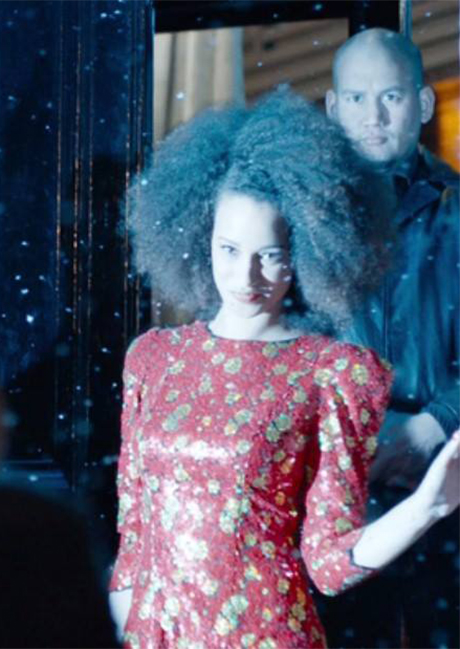 We first meet Lulu in a London covered in snow – photographed coming home from a night club to her stunning penthouse, where she changes from a red glamour and glitter dress into practical and plain jeans with a warm white jumper. The doorbell rings… she goes to answer and the next thing we see her lying face down in the snow on the street, dead.

Robin Ellacott arrives for her first day as a temp for a week with C.B Strike Private Investigator when we first meet her. She climbs the stairs to the top of the building where she encounters Cormoran and his girlfriend in a big fight – breaking up is so hard to do.

Robin is very nearly knocked back down the stairs to her own death as the crowded landing erupts and it is only Strike’s quick reflexes that save her from possible injury.

After it all settles down, she cleans up the office which is in total disarray, and when the introductions are over and as peace and quiet descends, a Mr John Bristow (Leo Bill) arrives without an appointment to see her new boss.

He is here to employ Cormoran Strike to solve the Lulu Landry case. It seems she was his adopted sister and he believes she did not suicide as the police seem to have concluded, but murdered.

Strike who owes money everywhere and is in dire straits, forced to live in his office on a camp bed can see that this is a job that will get him out of a jamb, but first he must work out whether or not to take it.

As he begins to proceed Robin finds herself liking her new boss, even though he seems to piss a lot of people off big time. He also values the few opinions she espouses first up taking her with him on the case to check out Lulu’s flat.

He is also pleased when she asks the simple question – why did Lulu change her clothes if she was going to kill herself? Why indeed. 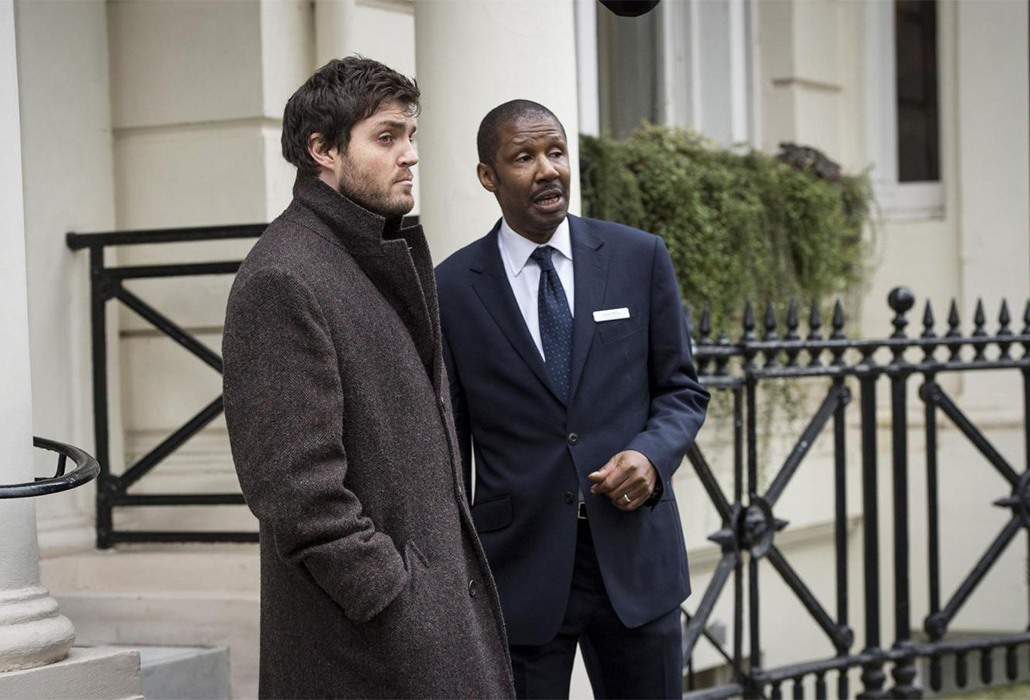 Martin Shaw plays Lulu’s somewhat harsh and very well-off Uncle, Tony Landry, who warns off the detective from getting involved in his family’s business…he knows his delusional nephew has hired the detective but wants the case left well alone.

He threatens to tie Cormoran Strike up in legal knots, disparaging the detective’s family to his face. But Strike fights back. You can insult my financial status, my disability or anything… but mention my mother again and I will make your life miserable he promises the older man. 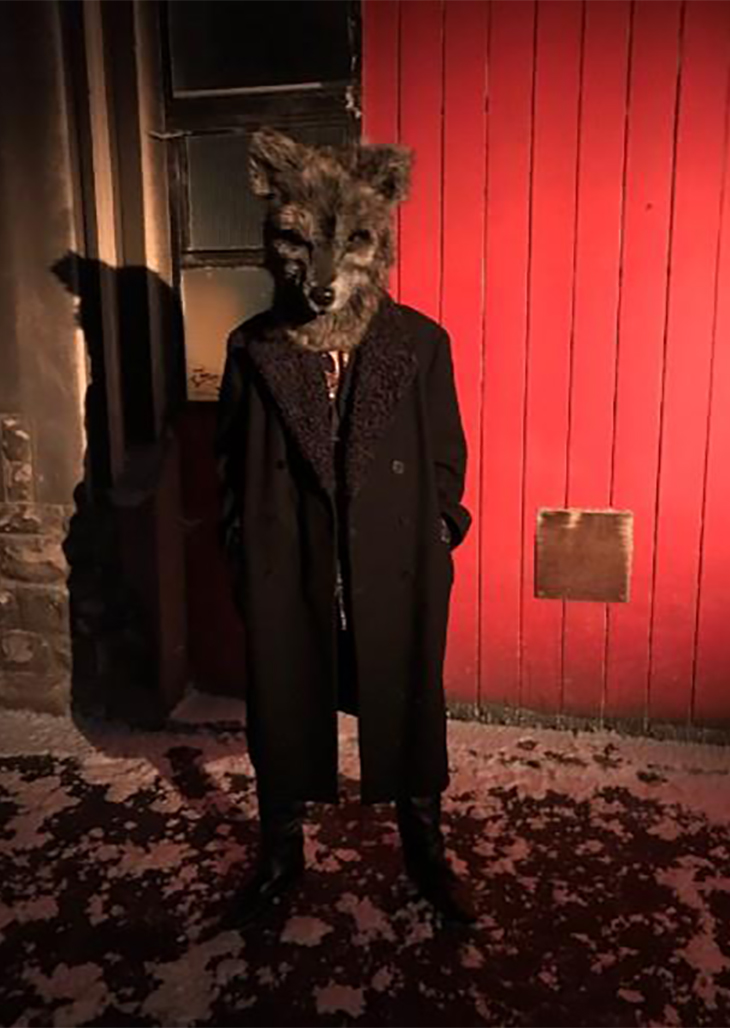 The next day he meets again with John Bristow to tell him he will take the case.

The ensemble cast gathered around the two main characters as we travel from the high end fashion world in London to walking the streets of Soho, are all very fine. London has so many interesting aspects to it you cannot help but be drawn into all the action going down, especially Lulu’s friend who walks around wearing a wolf’s head. 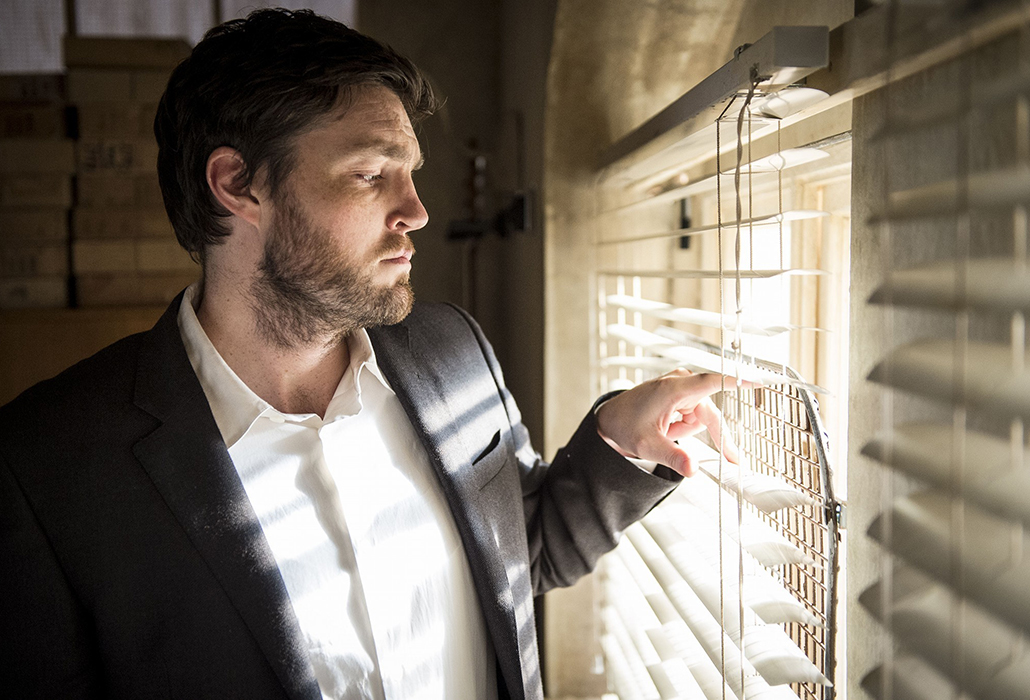 Drugs, vice, fashion and drink go hand in hand, and as Strike slowly unravels the many clues he believes Lulu was murdered and this a case he feels compelled to solve. We don’t want to give away too many spoilers, but The Cuckoo’s Calling a well-paced three-episode serial, which never flags, is full of twists and turns and a dash of glamour.

Robin is tasked with helping Strike out by trying on clothes in the fashion store, which Lulu visited on her last day. She is poured into a green slinky silk dress most girls would die to own.  It also helps as she picks up the gossip of the day from the sales assistant. 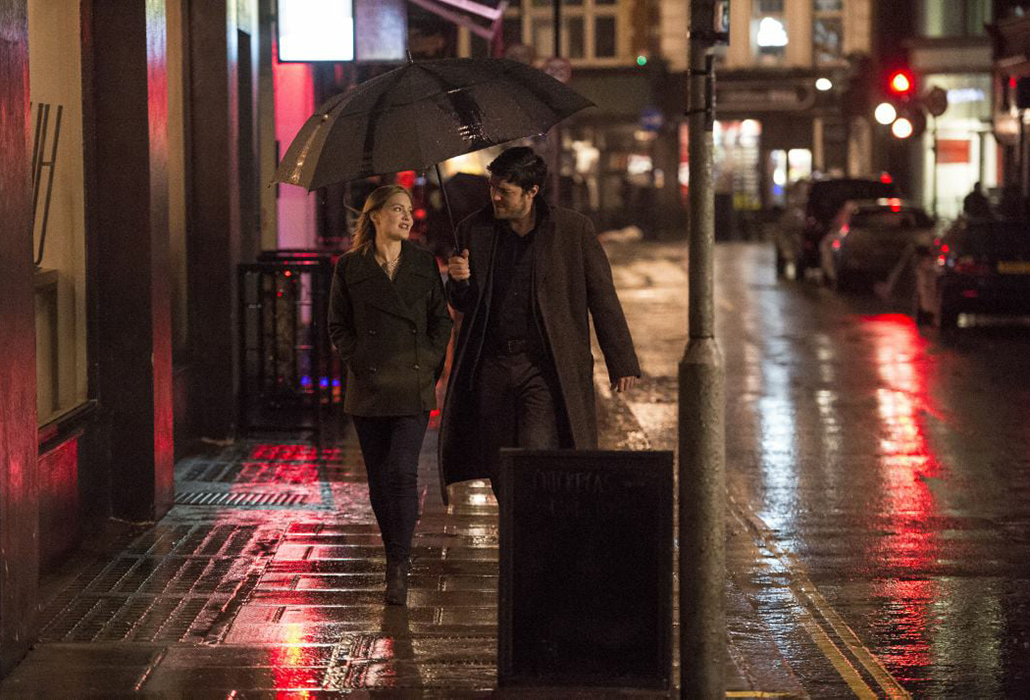 The two very likeable main characters Cormoran and Robin are a perfect foil for each other. It’s easy for us to understand her reluctance to take a slick corporate job, when this one and her boss is so damn interesting.

You can also truly believe the chemistry between them is real, as her cheeks flush so much when she is around him, its no surprise their relationship turns from a temporary into a permanent situation by the time the case has been solved.

Just wonder how her fiancée at home will cope with the news.

See if you can work out who the murderer is ahead of time! I did, but it didn’t spoil it for me.

BBC One
STRIKE: The Cuckoo’s Calling

Goethe, the 18th century German writer may have said “See Naples and die”, however I say, “See Naples and eat!” Once you have witnessed the magnificence of Naples, there is nothing left to experience. That is, as long as you have tasted the food! Now here in Sydney we have…