The Substation Contemporary Art Prize 2014 has been won by Melbourne artist Nathan Gray for his multi-screen video and sound installation work Species of Spaces.

Species of Spaces was filmed and originally presented on Cockatoo Island, Sydney, as part of the 2014 Biennale, making use of part of the historic ship-building yard and convict prison.

The work responds to the monumental materiality of the island, reading it as a kind of score of ‘found’ and created sounds from metal, stone and wood.

The work was initially withdrawn from the Biennale by the artist as a protest against Transfield, one of the festival’s sponsors. This was due to the company’s activities as a contractor involved in asylum seeker detention (it was later re-established when the festival severed its links with Transfield).

However, the industrial surrounds of the Substation are similar to Cockatoo Island, and the judges believed that the piece worked extremely well in the space.

The decision of the judges, Max Delany, Senior Curator, NGV, and Mark Feary, Curator, ARTSPACE, Sydney, to award the $10,000 prize to the piece was unanimous.

“Even in an extremely strong field, this piece stood out,” Delaney told CCC.

“It is an impressive immersive presentation incorporating multiple elements, and displaying a sophisticated and refined sense of sound and image. It produces a lively and poetic engagement between the work and the world, and between image, sound and performance. Even though it might have originally been conceived for another place, it fits in very well at the Substation, because it has universal things to say.” Gray is currently completing an MFA at the Victorian College of the Arts, University of Melbourne. He has held a number of overseas residencies and is also a member of the improvised electronic duo Snawklor. The Substation Contemporary Art Prize, formerly known as the Williamstown Festival Art Prize, is open to all mediums across the visual arts. A striking feature of this year’s entries was the breadth of ground covered, in both type of work and selection of subject matter.

The forty finalists from across Australia provided works ranging from performance and socially engaged works to painting, drawing, sculpture, as well as photography-based and digital media pieces.

“As I see it, one of the most important aspects of the Substation Prize is that it is open to the full scope of contemporary art practice,” Delaney notes. “That is unusual, and welcome, and is reflected in the calibre of the pieces.” 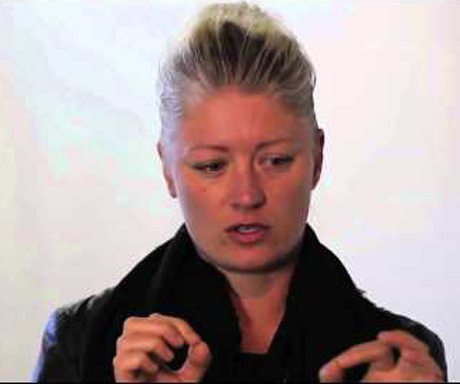 This year, for the first time, the Substation Exhibition Award was awarded to a performance-based piece.

In her work Any Second Now, Bridie Lunney incorporated steel, concrete, stainless steel fittings, leather, bronze, rigging rope, grip tape, and a hundred t-shirts into a performance on the opening night of the exhibition. The transitory and sculptural gestures of the work suggest a reconfiguration of the relationships between space, objects and the body.

“The piece used the historical resonance of the Substation space very effectively, and built a strong sense of audience engagement,” says Delaney. “Lunney acknowledges the body as a conduit between our emotional and psychological selves and the physical world.

She brings together disparate elements to great purpose, and I look forward to seeing where she is going to go.”

The ‘Westie’, an award for an artist living and working in Melbourne’s west, went to Phuong Ngo for his video-based installation work Residual: Selected Components of Article 14.1 (the title refers to the section of the Universal Declaration of Human Rights relating to asylum seekers). The piece aims to reframe the refugee debate by using the narrative of the Vietnamese diaspora, and in particular the experience of the artist’s parents. 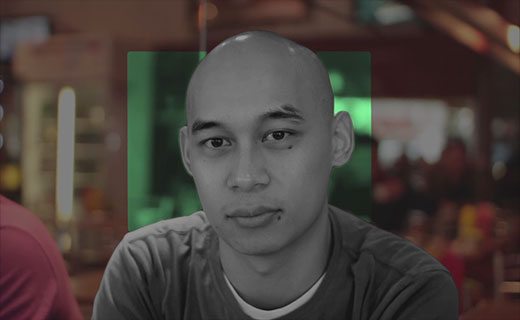 This is the second time Phuong Ngo has won the ‘Westie’.

Delaney sees the piece as a part of the increasing willingness of contemporary artists to engage questions of cultural identity, heritage and displacement, in the context of current political issues.

“There are many excellent artists working in this field, and indeed many of them in the western suburbs of Melbourne,” he says. “That, plus the overall strength of the show and the level of participation and recognition it now attracts, points to a strong future for the Substation.”

A further prize, the $1,000 Bendigo Bank People’s Choice Award, will be decided by audience members and will be announced at the closure of the exhibition.

Perfect Chaos is a story about love; a daughter’s journey to survive bipolar disorder and a mother’s struggle to help her learn how best to live her life well