Age and Disability Discrimination Commissioner Susan Ryan recently addressed the National Press Club in Canberra at lunch time, letting the some 120 people present know the ‘ageing revolution is not over yet’

Susan Ryan AO is a powerful advocate, a woman of influence providing an excellent and insightful insight into community perceptions around older Australians. However, what she advocates is always from a place of knowledge.

A lot has changed since the age when the ‘rise of the west’ occurred. At that time two meals a day was considered ‘sufficient for a rest man’ though a ‘laborer may eate three tymes a day’… Why? …well it seems that three meals a day was not common before the sixteenth century ‘ he that eat often lyveth a beestly lyfe’. Humanist thinking from Italy became a foundation for western society to continue to build upon, as they set out the human values they admired.

Susan Ryan embraced these concepts in her speech. She was particularly highlighting those in the 55 plus age group, whose contribution she believes not only deserves to be valued but also respected by the rest of the Australian community. However, in reality what she had to say should concern all adults and students who have an interest in the future of Australia and the world.

Delivered three weeks before stepping down from a role she has performed with distinction over the past five years, Susan Ryan’s speech to the National Press Club of Australia was not only spot on and relevant, but indeed wildly applauded by those there, and from yours truly working and watching Online at my Varidesk.

Citizens in every place and in every age believe they are living through times of unprecedented change and the many challenges they face while different, are not really any more difficult than those posed and solved by our ancestors in the past. Most people fear change…yet it is one thing that is sure, constant and inevitable…and so how do we go about developing and expanding our skills and attitudes toward change and older people and learn how to deal with both on a daily basis.

There is no advancing any aspect of our society unless we are more willing to appreciate the choices our society faces. Most research informs us that young people now in their 30’s, will never save enough money through superannuation, to sustain them in old age. The majority will have to keep on working right into and throughout their seventies, especially if they are to provide for the final twenty years or so of their lives.

The improvement in health since a century ago, has meant a great many more people are living much longer than they did in the past. Susan quoted real statistics ‘.. that in 2015 there were 901 million people aged 60 and over, by 2050, there will be 2.1 billion as population ageing is global’

Susan Ryan also noted in her speech ‘… the business case for employing older workers is undeniable, but only relatively few businesses are doing it’ and this will have consequences for all of society’. She pointed out that

“When we are facing average life expectancy for men and women of over 95 years, why do we still tolerate massive age discrimination pushing people in their early 50s out of paid work and on to benefits?

It certainly happened to me 20 years ago and from discussions with younger women, in reality it hasn’t changed much since them. Those who do try to help are the exception rather than the rule.

She went on to say “We hear a lot of calls for innovation, enterprise, for new markets, new products, digitalising of everything, robots…. the unstated, or sometimes the stated premise for such desired and desirable developments is that we must look only to the young to find them.

Yes,… the young are and will always be a source of innovation and initiative” she said.

However, often they need wise guidance to bring their ideas to fruition so they don’t crash and burn along the way through inexperience, or by treading all over other people’s ideas and perceptions.

“… we should also recognise that creative intelligent individuals, after several decades of work experience, may also find new and better ways of doing things, new and better products, new and bigger markets for innovative goods and services” Susan noted.

So there has to be a balance between experience and arrogance, which some people seem to take on board as they age.

“Senior-preneurs are it seems, another rapidly growing cohort, yet we hear little about them and offer little to support them.” Susan commented.

Making decisions in the short term that will benefit others in the long term depends on our willingness to accept some change in our lifestyle. Citizens need to be resourceful and self-sufficient with an optimistic, rather than a pessimistic view of life. We all need to be responsible for looking after our health and mental and inner wellbeing, discovering how to feed our hearts, minds and souls so we can both function and thrive on a daily basis.

For many women now ageing, going against society and family norms during their lifetime, proved more than difficult. I am one of those women forced to leave their place of work when I was married in 1965.

Susan Ryan noted “…apart from being a war baby, which had its own hazards, being born female in 1942 was definitely a career limiting move.!!!”

Goodness, I couldn’t agree more. I was born in 1944 and struggled to accept the sort of life limiting options that were on offer to a girl from a family that was income challenged.

Especially if you came out of a conservative family and were struggling to prove you had some worth to your parents who were also desperately trying to keep you from ‘rising above your station’ a situation many people were very much in fear of still in Australia of the 1950’s.

During my working life the worst cases I knew of discrimination first hand against women were often experienced at the hands of other women or, being threatened by bullying men from a union (earliest experiences).

Many woman were threatened by another woman’s ability to do two things at once; be a mother and a working woman.

As late as 1986 I was doing my best to work at least part time and support my three son’s school life. It wasn’t the first time or only time I would find myself in a sticky situation during my years of struggle to be ‘a working woman’.

After being elected ‘sixth form mother’ for my eldest, a new executive was suddenly put in place, a process I was side-barred from being involved in. Receiving a phone call at home one night from the new ‘President’, she informed me her ‘committee’ had decided they did not want working women involved as part of their ‘policy’. 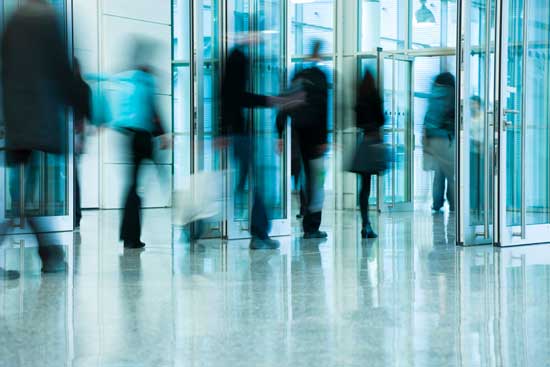 Despite my letting her know the ‘boss’ where I was working part time in retail was supportive and happy to give me any time off I needed, Madame President made it very clear that for her it wasn’t an option.

She informed me her committee had already drafted and accepted another ‘sixth form’ mother who didn’t work to take my place.

Her actions were more than insulting and very upsetting for my son. He had been happy his mother was going to help in his final year at school. I had been ‘sixth class’ mother when he was in the Prep. The difference was that no one knew in those days I was working part time as I had learned to keep it close to my chest.

By 1986 I believed a lot had changed in forty years, however I was wrong. Hearing Susan Ryan talk so freely about ‘discrimination in society’ bought it all flooding back again.

Since then recent discussions with some of the younger women I mentor has revealed the attitude still exists, although perhaps the numbers involved have depleted. Well let’s hope so! They have enough new burdens to bear, without old outmoded social attitudes giving them trouble.

Susan outlined a number of recommendations her enquiry had recommended for government to consider, which included: … establishing a Minister for Longevity to bring government attention at the highest level to the economic dimensions of age discrimination, and to coordinate whole of government action. This Minister would lead policy to realise the economic potential of older people, and broaden the dialogue about ageing beyond aged care” she said. Making decisions in the short term that will benefit others in the long term depends on all our willingness to accept some change in lifestyle. We cannot turn our backs on those helping others to embrace it. Susan Ryan in her speech commented that

‘… negative attitudes force many people out, often in their early 50s. Once out, many never get back. Just think, forty years of life without paid work, it is unthinkable but that is what these people are facing.

What is government doing? Successive governments have funded programs to address the exclusion of older workers, but through the Inquiry it has become clear that some government policies are actually creating disincentives.

Others fail to connect the workers with the jobs. Regulated age-cuts offs often reflect the out dated thinking that age 65 is still the preferred retirement age.

But, age pensions soon will start at 67, and probably move to 70. Age cut offs at 65 prevent older workers accessing income protection insurance, and worker’s compensation. Without any cover, they are usually unemployable.

Wage subsidies, such as the Restart program, which provides a wage subsidy for hiring workers over 50, cost the Commonwealth many millions but miss the mark because of poor program design’.

Ryan also pointed out that ‘…doing nothing is not an option’. Susan Ryan finished by pointing out ‘We must as a society move more rapidly to accommodate the big societal changes, the big shifts that have occurred in human existence. None is bigger than the ageing revolution. To respond to this, we must remake our sense of human life, its extent and possibilities.

Our Australian way of life has delivered great things to many of us: equality of opportunity, security, wellbeing. Those great things now must be extended to all as they live throughout their extended lifetimes. This is as big a challenge as we have faced in Australia’.