The stately Town Hall built in sandstone and in the grand Victorian Second Empire style is located in the heart of the city of Sydney. It houses the Sydney Town Hall Grand Organ, the world’s largest pipe organ with tubular pneumatic action.

As I sat in the wonder of the main Centennial Hall I reminisced about my own musical journey. In the early1970’s I had subscriptions to the Sydney Symphony Orchestra (SSO) and as a very young women the memories and images of the music that initiated me into the world of music aesthetics and joy unravelled.

This concert represented a home coming not only for myself but for many of the performers. The Sydney Town Hall was the principal home of the SSO until it relocated in 1973 to its present home the Sydney Opera House. David Robertson’s conducting of Gustav Mahler’s Symphony No.2 in C minor, Resurrection, extracted the drama and intensity of the structure and the layers of this brilliant and complex music.

Mahler himself was more famous in his lifetime as a conductor rather than one of the greatest composers of symphonies as we know him today.

A long time elapsed between composing the first movement in 1888 and completing the next three movements in 1893. Mahler struggled with the nature of the final movement.

However, while attending the funeral of the great pianist and conductor Hans von Bulow the choir accompanied by the organ sang Klopstock’s Aufersteh’n (Resurrection Ode).

Unexpectedly, Klopstock’s ode was the sacred inspiration and became the basis for the finale of Maher’s Symphony No. 2. He said “it was if I had been struck by lightning; everything suddenly rose before me clearly!” It is extraordinary to think that Mahler was only thirty four years old when he completed the Second Symphony, a masterpiece in composition.

This symphony is a narrative of the life and inner world of Mahler. Introspection, the torments of despair about life’s purpose and death, and the joy of living are meticulously explored and notated in this expansive composition.

During his life Mahler explained that his first two symphonies contained “the inner aspect of my whole life; I have written into them everything that I have experienced and endured … to understand these works properly would be to see my life transparently revealed in them. Creativity and experience are so intimately linked for me that, if my existence were simply to run on as peacefully as a meadow brook, I don’t think that I would ever again be able to write anything worthwhile.”

David Robertson’s inquisitiveness about the essence of the composition and his ability to relate Mahler’s intent to the musicians and the audience was fervently realised in this profound performance. His own musical talents, interpretive skills and creative integrity, combined with his elegant podium presence and charismatic leadership was voraciously devoured by the audience. He used every ounce of his body from the tips of his fingers to the tips of his toes to lead the SSO in a glorious musical experience. His defined gestures heralded in the powerful and pulsing first movement and the anguish, serenity and tension of the final movement.

In contrast I admired the way he cradled in his arms the tender passages of music in the second movement. His gentle devotion communicated respect for the music and embraced the happiness of the first of the two themes in this movement.

David Robertson’s interpretation of Mahler’s Symphony was compelling listening. The Orchestra created the sound with clarity and executed Robertson’s commanding vision of the music that distinguishes Mahler’s work of art. The Symphony No. 2 in C minor begins solemnly and introduces several ideas that are developed later in the symphony. Its expression is grave in the funeral march theme played by the cellos and basses. The second theme is more lyrical and the violins exquisitely express yearning.

These two themes are repeated and modified throughout the movement and additional themes are introduced.

A pause of a few minutes after this powerful and tormented first movement was a request made by Mahler himself in his own program notes. He felt the joyous melody and gentle rhythm of the Andante required an interlude. Two contrasting themes are played in the second movement. Initially the strings present the first theme where a dance quality graciously pervades until the pulsing horn announces the more sombre theme. The fourth movement is wistful and then the vast finale where the SSO and the Sydney Philharmonia Choirs lifted the audience to a celestial state with the intense purity and wonder of sound.

Voices and instruments were perfectly aligned and intensely artistic nourishment for the audience.

The choral textures of the hushed and beautifully restrained choral music of the initial unaccompanied singing softened the tension of the wild urgency of the final movement.

The sublime acoustics of the Town Hall were triumphantly attested to by the vocal solos of soprano Kiandra Howarth and mezzo-soprano Caitlin Hulcup. 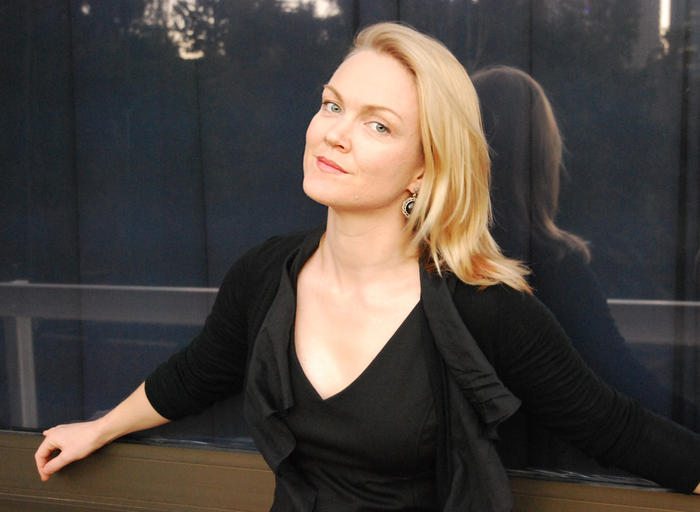 Their voices soared and their distinctive tones, rich melodious performances were enthralling. Together with the choirs and SSO they produced an awe-inspiring resonance.

This performance of Mahler’s Symphony 2 was a musical marvel and audience appreciation was unanimously passionate.

100 works of art from the Royal Academy of Arts at London will be on exhibition in regional Victoria in the Bendigo Art Gallery, from 2nd March to 9th June 2014