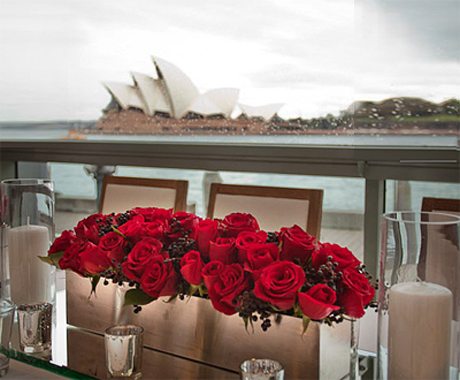 ‘Break a leg’ is one of those endearing comments that come down to us through the ages of theatre, relating as it does to giving wishes of ‘good luck’ to someone about to go on stage.

Luck is not a word to ever bandy about with theatre folk, who remain superstitious to this day despite the age, and so being ironic is definitely the order of the day.

The Sydney Theatre Company (STC) hosts events and seeks support from patrons, sponsors and volunteers to help them provide ongoing excellence in the world of theatre arts. The Pier Group, a volunteer committee chaired by Sydney icon of style Anne Schofield A.M, works hard to help.

For those eating sweetmeats in the theatre of life, pleasure perfects the act of working and there is not one of them who would give it up, even for a minute.

Throughout the theatre year this group of enthusiasts hosts a number of special fund raising events, including the relaxed and entertaining Pier Group Lunches. 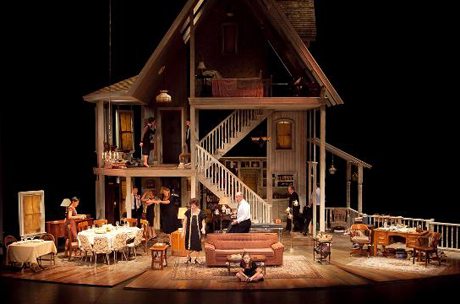 These events are lively, entertaining and sometimes outrageous, ensuring that everyone who joins in has a jolly good time.

Just like a wonderful piece of excellent ‘theatre’ they are meant to engage the viewer in unfolding events and to help people to ‘get involved’.

In both community and corporate life investing in people and quality processes produces sustainable and superior business performance. This is as important in an everyday business context as it is in a social environment if the aim is to produce the best results.

By being involved you can help to champion excellence and gain a great deal of satisfaction in giving back to society while having a truly great time. 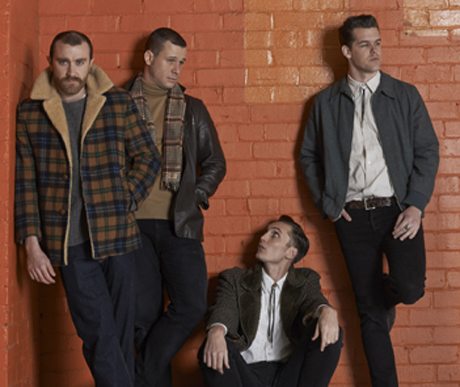 The fundraising events happen prior to the opening of each new production.  Guests have the great joy of meeting and enjoying a discussion with members of the cast.

The Pier Group’s next fundraising lunch will be held prior to MOJO by Jezz Butterworth, a play full of ‘rock ‘n’ roll ‘n’ revenge, which is set in the amphetamine-fuelled London rock scene of the 1950’s.

This outstanding play has already won an Oliver Award and accordingly, has reputedly helped to kick start ‘a new wave of British crime genre pieces.

Those who savour the live stage performance whether as an actor or voyeur just love all the razzamatazz associated with putting on a play.

Whether it be a drama, a comedy, a musical or all three as a comment of contemporary life, for them live theatre is the only place to be.

It relies on the skill of a performer being able to produce an effort that can sometimes be seen to be superhuman, in order to win the day and the audience’s favour. The theatre has always had the power to affect social change and it still does.

It dates back through the mists of time in antiquity, where its many tales reveal a fascinating world within a world, a surreal place where dreams were either realized or hopes dashed. In that regard nothing has changed.

‘All the world’s a stage, and all the men and women merely players: they have their exits and their entrances’*

During Elizabethan times in England, the most successful theatre company was Chamberlain’s King’s Men at the Globe Theatre, who worked alongside their in-house dramatist William Shakespeare.

Theatre did then, as it does still today, targets the issues of the day on both the political and social scene, while shaping our national identity, exploring ideas and inspiring the opening up of international dialogue to improve everyone’s quality of life.

Shows like the Barrett’s of Wimpole Street between the wars in London helped to not only revive the art of theatre, but also confirm the fact that English culture was still alive and well.

After the second world war the show went from London to Broadway and onto the movie screen, where world-wide success engendered a revival of Robert Browning’s poetry and ensured that cocker spaniels like Elizabeth Barrett’s fabulous Flush became one of the world’s most popular dogs for years. Working in the theatre can mean being up or being down with nothing much seemingly in between, except years of frustration, countless costume changes and the smell of oil paint in the evenings. However it is the one place that so many people want to be.

Those who work in this extraordinary world belong to a unique family of sorts, one that include odd bods and players who have come from all backgrounds and all walks of life.

Like all families theatre folk have always been close knit. There are countless scenes where everyone in the wings is busy rehearsing their lines, or the costume assistant is making on the spot repairs between songs on stage or the enactment of epic stories.

These days theatre people are leaders in society, showing the way forward by being team players, both giving and generous to each other.

For when the chips are down, there really is no business like show business.

The Sydney Theatre Company was formed in December 1978, following the closure of The Old Tote Theatre Company (1963-1978), a group I followed myself in my young adult years. I will always remember back in 1963 the legendary Australian John Bell playing in a fabulous ‘Hamlet’ as well as being in Anton Chekhov’s sensational Cherry Orchard, performing alongside other industry greats of the time.

After a few years the STC found a new home on the Walsh Bay Wharf 4/5 where it integrated with the once derelict ironbark timber wharf site to emerge as a glittering, and oddly glamorous recycled premises, without sacrificing its historical integrity or context.

From then on under the inspired direction of some fairly amazing artistic creators, it has helped to transform that part of the city into the important arts precinct and residential area it is today. Anne Schofield and members of the Pier Group Committee for the Sydney Theatre Company, 2014

If you would like to join into and become part of the Sydney Theatre Company family well then, make a booking to attend a Pier Group Lunch in 2014 … then you may find yourself shouting, along with everyone else, ‘on with the show’.

The Sydney Theatre Company  is all about assisting Australians to enjoy a ‘creative, forward-thinking and sociable environment’ celebrating the traditional role of theatre as a place for the discussion of the great ideas of the day as it champions interaction with people from all walks of life and all backgrounds as well as students of all ages. Anne Schofield (Chair), Peggy Carter, Eve Heath, Graham Jennings, Richard Lyle and Virginia Pearce as well as all those who support their many fundraising efforts.

Bar at the End of the Wharf
Pier 4 Hickson Road, Walsh Bay
$75 per head (includes a two-course lunch, glass of wine, and discussion with the cast)?

The Wharf Revue Gala  Tuesday 21 October 2014,
8pm Wharf 1, Pier 4 Hickson Road, Walsh Bay
$85 per head (includes a drink on arrival, exclusive preview performance, Q&A with the cast, and a post-performance party in the Bar at the End of the Wharf)