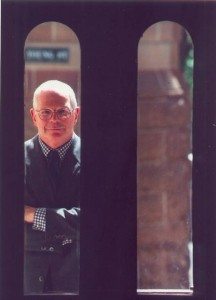 We have been alerted by ‘Larry’s Ghost’, roving night reporter for the Tasmanian Times – The nominations for the Helpmann Awards – Australia’s equivalent of the Olivier Awards – were announced last night and Hobart Baroque scored two nominations. L’isola disabitata ( TT: Take a bow, Leo) was nominated for Best Opera and Rodula Gaitanou for Best Direction of an Opera, for the same production. That is pretty sensational for a first year! As The Hag noted recently in a broadside at Ten Days on the Island: Hag’s culture-vulture mates told me last night Hobart Baroque put on its L’isola disabitata ( TT here ) for a measly $350,000 – and got phenomenal international and interstate publicity.

And, the vultures told me, the ABC is broadcasting three performances and offering it internationally. It just goes to prove – the best of anything is organic, it grows from the ground up. Remember Future Perfect, the 50-odd artist protest at Forestry Tasmania sponsorship of Ten Days on the Island?; a brilliant alternative festival done on a shoestring and with Nobel Laureate Gunter Grass as patron. 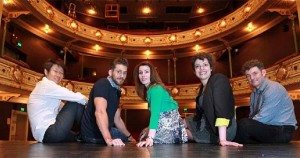 The Put Some Colour in Your Life TV team have a mission to both inspire and encourage Australians to adapt, leave behind negativity and imagine the modern world