It seems extraordinary to me that in this day and age that Abbott government members, and Mr Abbott himself, could even consider removing World Heritage status from any part of Tasmania’s ancient old growth forests, much of which is 3,000 years old. Even if it is only 74,000 hectares out of 3.3 million hectares of forests.

In Tasmania currently the majority of forests are legally harvested and the focus is on them not only being used but also maintained to improve the timber available for logging in the future.

The old growth forests in question were assessed by the world’s foremost scrutineer of natural heritage, the International Union for the Conservation of Nature, as worthy of their current World Heritage status.

The Forest Industries Association of Tasmania is against this destructive proposal, fearing that more timber flooding the market will make their sustainable timber unprofitable.

If it happens it would surely be an act of enivornmental vandalism, second to none? Please correct me if I am wrong, but surely we cannot just keep destroying our own habitat for short term gain? In the end it will mean an even higher cost will have to be paid by our children and their children’s children.

If they succeed in removing the listing, not only would it set a dangerous precedent for other World Heritage listed areas, but also would prove how lacking in visionary leadership our government is.

This government’s short term agenda is all about triumphing over the immeasurable universal value of one the extraordinary treasures of our earth; trees. An independent poll of more than 1000 nationally representative Australians, conducted by Lonergan Research on behalf of ACF, has found:

Almost all Australians (97 per cent) agree that regardless of economic or political pressure to exploit natural places on the World Heritage List, Australian governments should do all they can to protect them.

Nine in ten Australians (91 per cent) believe the 74,000 hectares of Tasmanian Wilderness should be kept on the World Heritage List.

More than 9 in 10 (94 per cent) of Australians think governments should honour the Tasmanian Forest Agreement. 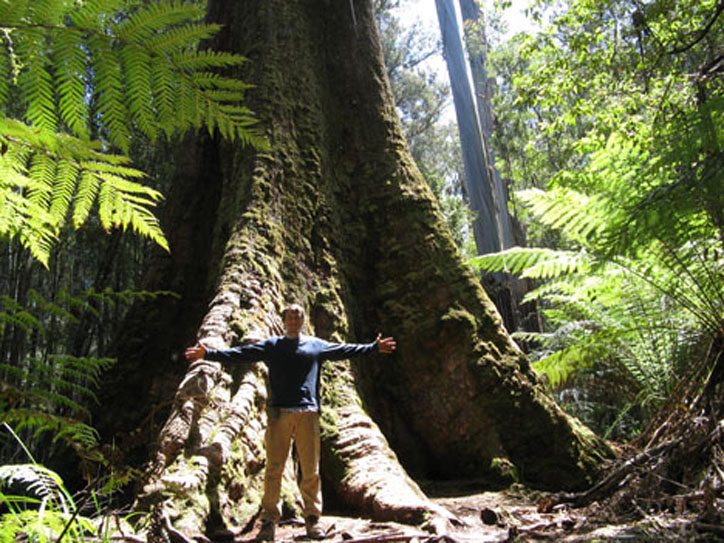 Over the centuries all over our world trees have supplied an abundance of beauty, refuge, warmth, shelter and food for all the creatures of nature, including humans.

They have shed their bark and leaves for compost and to help make other things grow around them.

They have helped to clean the air and cool temperatures. They have played a vital role in the evolution of our planet and the early frontiers of human life on all our continents.

The trees of our world have protected the many diverse societies and cultures that have inhabited them and sheltered in their shade from way back in the mists of time right through to the present day.

Wise people plant trees knowing that they won’t have an opportunity to sit in their shade is an apt comment, for it takes wisdom and vision to preserve, conserve and protect the natural resources of our planet into the future. Individuals have been known to reach an age of 3,000 years and are found in the west and southwest of Tasmania,

Fossil records from a tree found in the south-west of Tasmania were dated at 3,462 years. (Carder A., 1995). Only the bristle-cone pine of North America exceeds it in age.

Australians are passionate about Tasmania’s World Heritage listed forests and expect the government to protect them, not exploit them. Today the old growth forest area of Tasmania is in every sense a microcosm of the macrocosm, a small complete expression of the vastness of nature. The scientific experts who gave evidence to the Senate Committee said the forests in question should not be de-listed –  the vast majority of Australians feel the same.

It’s a crazy plan that could backfire and also hurt the Tassie economy — tourism dollars are incredibly valuable to Tasmania and its unique landscape and ancient forests are an integral aspect of it’s tourism income. It also seems extraordinary the Abbott Government is ignoring the heads and hearts of ordinary people and those Australians who do have considerable knowledge on this crucial issue?

This is both a moral and social issue of great importance and it’s hard for many to fathom just why the Australia Prime Minister Tony Abbot is so far removed from the realities of life on an earth when many of its people have finally woken up to the results of its environmental vandalism of the past.

Let’s make sure Abbott and all Committee delegates know the people of Australia reject this de-listing and want him to withdraw the proposal entirely.

Send a message to the government….

“We call on you to withdraw the proposal to delist 74,000 hectares of the Tasmanian Wilderness Area from World Heritage status. These forests are ancient, irreplaceable and have been deemed to have outstanding universal value. Delisting this forest would set a dangerous precedent for World Heritage listed areas all over the world”

Venice is still called La Serenissima (The Most Serene Republic). This was a title bestowed upon the city by a pope during one of the rare periods when Venice and the pope were not at war with each other. Venice’s history of 1100 years is littered with warring, plotting of…