During his lifetime Philanthropist David Roche (1930 – 2013) lived in Fermoy House on Melbourne Street North Adelaide in great comfort. His antiques and art collection surrounded him, his dogs were outside living in their own version of heaven on earth, and so all was right with the world.

David Roche’s former home Fermoy House and the adjacent purpose built adjoining contemporary gallery completed and opened after his death in 2016 by Paul Keating, have enabled the collection to be made more easily accessible to the public as he wished.

It was 1999 when he created a Foundation to look to its growth and care and today it is the greatest decorative arts collection in a private institution in Australia. The David Roche Foundation House Museum and Gallery features many English Georgian era, Regency period and French Empire items among those on display. You can view fine paintings, sculptures, porcelains, superb furniture and objet d’art, with a provenance attached to royalty, aristocracy and prominent people and reflecting two centuries of European design evolution. The house museum has since restoration work been rearranged, as David knew it. The exciting modern gallery exhibition space providing an experience of the collection through thematic displays.

Tours are held at 10am, 12 noon and 2pm when the museum and gallery are open Tuesday – Saturday by confirmed tour booking only. This is an Australian government requirement for house museums (you just can’t turn up at the front door). Guided tours have a maximum of twenty participants on a tour, which usually lasts approx. 1.5 hours, including light refreshment on arrival.

On Wednesdays at 2pm you are able to enjoy a ‘behind closed doors’ tour where you can see inside select furniture and handle objects.

A dog breeder and judge almost all of his life, David loved to purchase paintings, ceramics, both quirky and fine including those that reflected his favourite dog breeds. Maud Earl’s c.1900 oil on canvas of A Pointer in a landscape at sunset, Edmund Havell’s 1844 painting of Mr Handbury’s favourite fox-hound and Edwin Landseer’s Border terrier with rabbit, c.1820-1830 are integral to his favourite room where he would view them daily. You could say his ‘green-lined room’ is an Englishman’s study because David held a romanticised view of Britain, believing it was garden of delights he could aspire to own. Subsequently for over sixty years he went on a passionate pursuit for portraits, paintings and porcelains to fill it with items he could obtain from John O’Groats in Scotland to Land’s end in England and from the rich green landscape of Ireland to the wild and woolly areas of Wales. His dining room with its military theme and blood red wallpaper is adorned with portraits of officers, including George Dawe’s 1818 portrait of General Alava, as well as paintings of regiments and horses.

Two vitrines filled with splendid porcelains in this room, include a Sevres Porcelain Teapot, 1760, a Worcester Porcelain Plate, 1770-1775 with the Duke of Gloucester pattern and a stunning Ludwigsburg Porcelain, Tray from the Egyptian service for Pavlovsk Palace, c1813.

The teapot is truly enchanting, the painting attributed to Louis-Denis Armand (working 1746-1788) shows birds in a landscape on white reserves surrounded by gilded scrolls. It has a flower knop and the collar on the spout was put in place to hide an eighteenth century repair. The porcelain plate came from a famous service belonging to the brother of King George III, with painted decoration superbly rendered showcasing peaches, grapes, cherries and apples by the man they called ‘the spotted fruit’ painter as he used leaves, insects and other devices to hide tiny flaws in the porcelain, fired 1770-1775. The stunningly gilded tray from Pavlovsk Palace is particularly noteworthy, and able to be purchased because Joseph Stalin sold it along with many of Russia’s art treasures in the 1930’s. Pavlovsk Palace created by Catherine the Great’s son Paul and his wife Maria Feodorovna in the late 18th century, became a repository for all that was beautiful in the arts during Russia’s so-called golden age. David came late to collecting wares from Russia and went on a passionate pursuit of some incredible pieces in the final decade or so of his life. The history of the Romanoff Tsars, their families and their patronage of the arts, as well as the output of the famous jeweller Faberge and the outstanding examples of objects made by the Imperial Court Jewellers, fascinated him.

The tray was the gift from the Empress delighted by the birth of her first grandson. The service it was made for had its wares illustrated with members of the House of Wurtemberg, in this case Prince Paul’s four children Prince August, Princess Charlotte, Princess Pauline and Prince Friedrich.

The factory that made the service was German, established in 1758 by Karl Eugen, Duke of Wurtemberg (1728-1793), who was known for his love of luxury, demonstrated by the sumptuousness of its gilding, which would have reflected candlelight very prettily indeed, David’s bedroom featuring bespoke ‘oak-garland’ wallpaper by the firm of Zoffany is a showcase for very fine English Regency and French Empire period furniture, with a wonderful array of paintings and sculpture and a trio of vitrines displaying English miniatures, small objet d’art, bronzes and ceramics ensure that there is a lot to see.

You also need to look up and catch the French ormolu chandelier with deep amethyst glass and find the painting on the wall depicting Perseus on Pegasus coming to the rescue of Andromeda, c.1895, by famous English artist Sir Fredrick Leighton, which were just two of his favourite things. One of the most impressive pieces in David Roche’s collection is the Russian malachite vase and cover c.1890, which has become his final resting place. 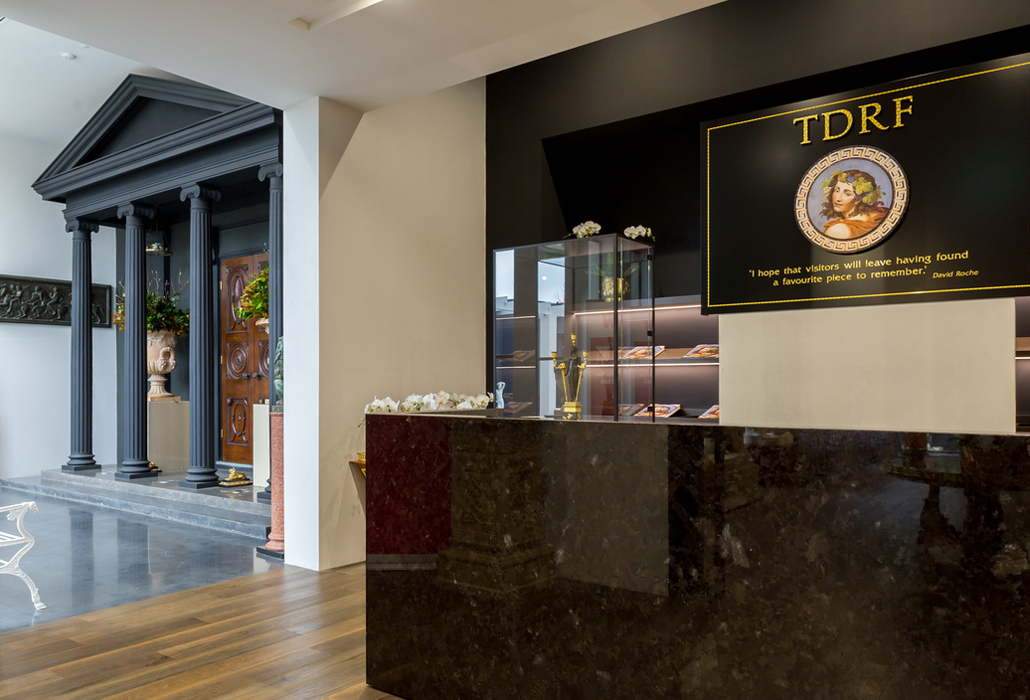 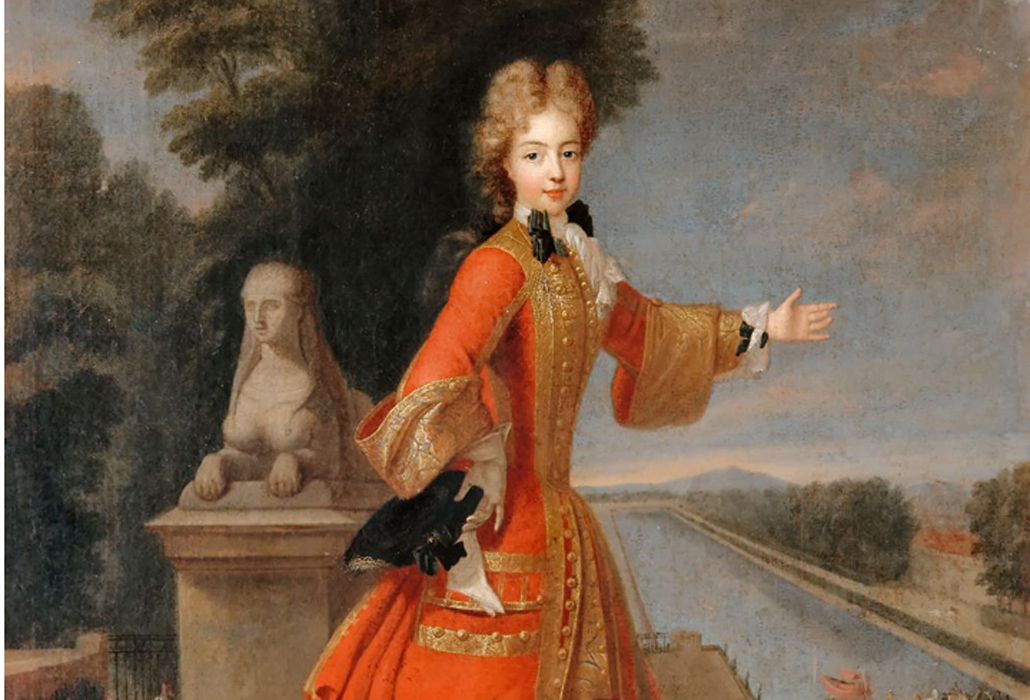 Wednesday 10:00 Enjoy an in-depth tour of the House

Wednesday 12:00 Enjoy an in-depth tour of the Gallery

Wednesday 2.00 ‘Behind closed doors’ see inside select furniture and objects

Please allow 1.5 hours for your tour including a light refreshment on arrival.

Guided tours have a maximum of twenty participants. Not suitable for children under 12. Disabled car parking is available.