Tea, a beverage many admire, amazingly, was first drunk by the Chinese some 5000 years ago. However, the individual who first worked out if you infused the small fresh leaves from one particular plant, the Camellia Sinensis with boiling water to produce such a delicious drink, is certainly lost in the mists of time. 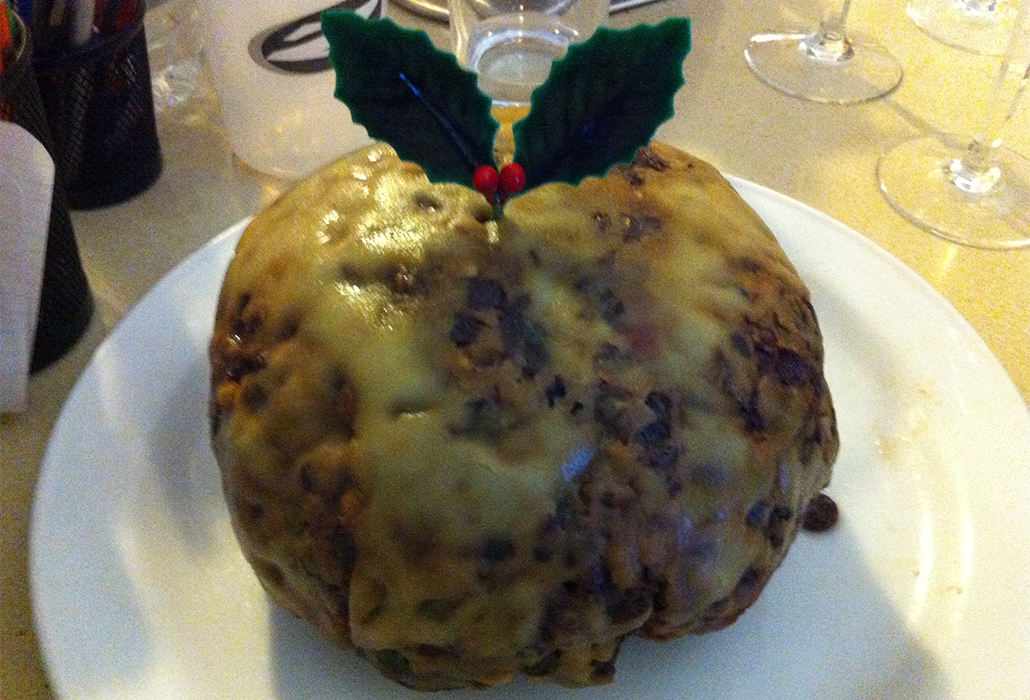 Tea has played a significant role in my life since I was a child. Adding cold tea to the Xmas pudding my mother Rita made in a cloth for over seventy years of her life, was to her mind the most important ingredient and she certainly impressed the notion on me.

However, she was not really ever able to articulate why when I asked her. The reason was buried so deep in her psyche, imposed by her mother, grandmother and great grandmother, whom she took on trust.

Their worship of the ‘beautiful brew’ as they knew tea, began in England where they all came from, so many eons ago, where it had become the preferred drink of many. And, it was always taken from the best ‘china’ and with some ceremony. 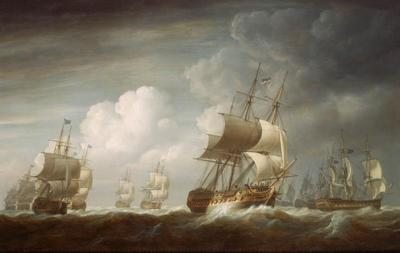 A Fleet of East Indiamen at Sea by Nicholas Pocock 1802

Tea as a drink was first introduced into England during the seventeenth century via the English East India Company. Two varieties of tea dominated early trade. Bohea, a black tea originally the choicest grade until Hyson, which translated to “Flourishing Spring”, became the luxury tea, despite being levied with a special tax. Boston Tea Party from an engraving by Currier, coloured

It became a bone of contention in America, where in the late 1760’s tea had become one of the most important aspects of their economy, Founding Fathers Samuel Adams, second cousin of the second President of the USA John Adams, helped reduce the aura surrounding the English monarchy by masterly management of the Boston Tea Party, a protest against the British Government; colonists threw 342 chests of tea into the harbour. By the end of the eighteenth century and the early nineteenth century as the industrial revolution in England swung into full gear, more and households were able to access and drink tea as the price came down and wages increased. This meant a growing demand for containers to store the precious leaves to keep them both fresh and safe. 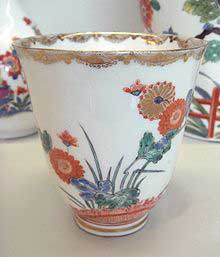 When tea leaves first began to arrive in quantity they were stored in metal canisters inside tea chests shaped like trunks. A tea ‘caddy’ was developed and used as a container in its own right, although these days we seem to use the word as a collective term for all tea containers.

Different materials were used to make tea caddies, including tortoiseshell and ivory sometimes inlaid with brass or decorated with Japanese and Chinese lacquer. Shapes could be square, rectangular, oval, six or eight sided. The options were endless. 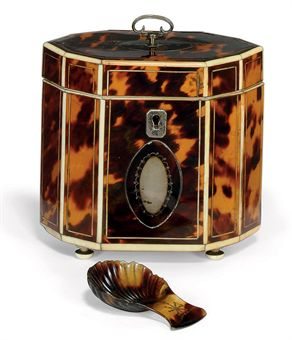 The word caddy derives from the Malay Chinese word “kati” which means a measure of tea weighing about a pound and one third. The earliest caddies were made in timber, usually with inlaid decoration, which often consisted of flora, fruit, shells and many other imaginative designs. 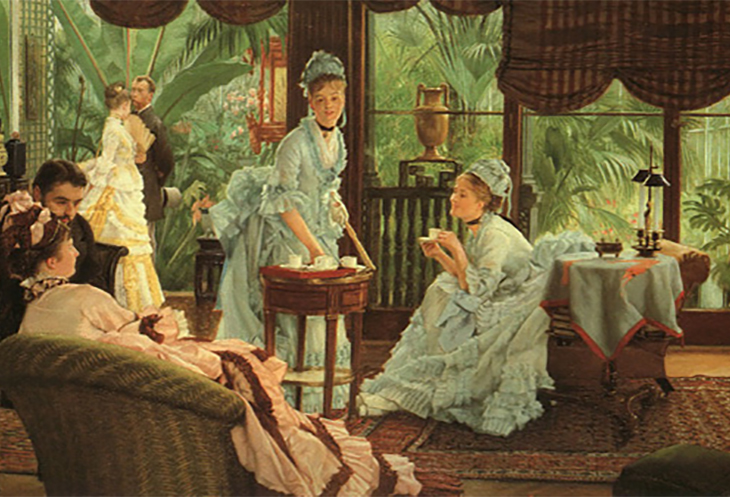 Anna, Duchess of Bedford, is attributed with inventing the custom of afternoon tea in England 1840, when she is reputed to have observed ‘a little light refreshment ‘saved her from that sinking feeling’ which overcame her between luncheon and dinner. Today we understand her dilemma well, although now many often fix it with coffee, another favoured brew. 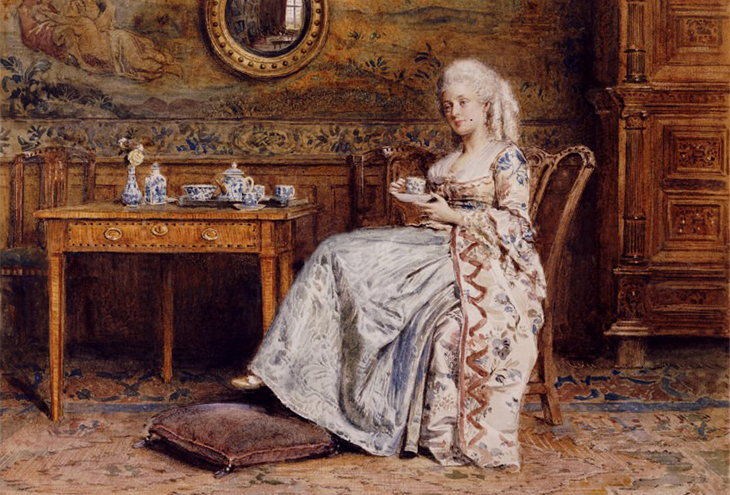 Anna took tea in the drawing room of her home with friends and family at the delightful Woburn Abbey. The layout meant this room not only had the best view to receive southeast or southern sun (northeast or northern sun down under), but also the full glare of the sun had passed by the time visitors came to take afternoon tea, celebrated between 3 and 5 o’clock.  This was exceedingly important. Talking tea today is also a big issue. The amount of teas to tease your palate now available is certainly mind-boggling. Those black teas while still enormously popular, are rivalled by the increasing amount of other styles of teas; some produced to aid wellness and enable sleep. 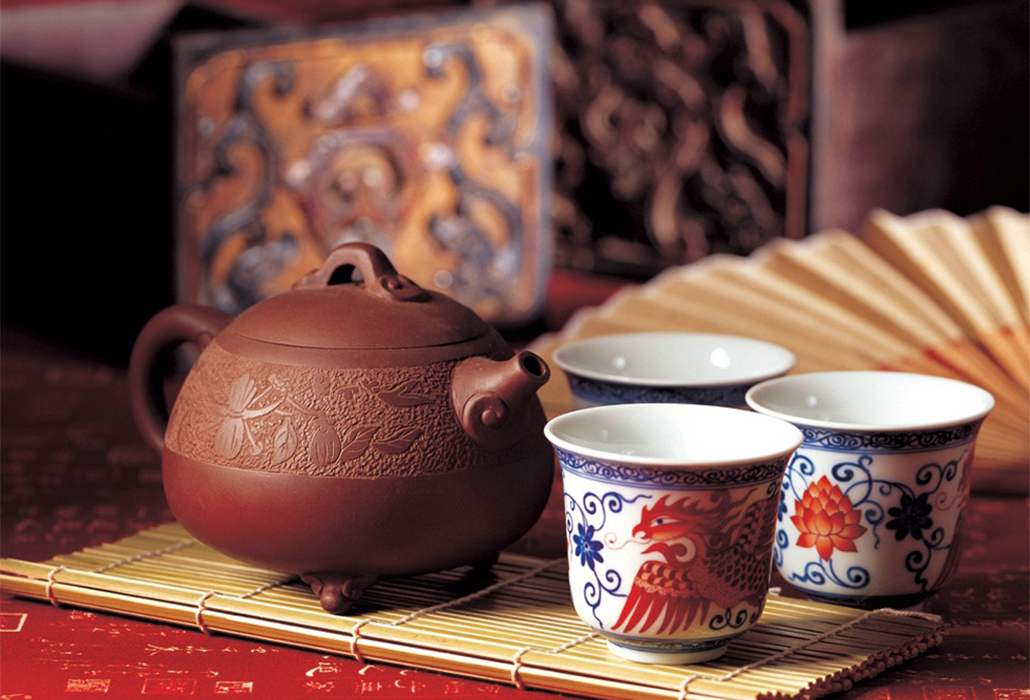 As an Aussie girl, who born English (before 1948), I particularly love black teas. Drinking it daily since I was a very little girl, milky at first, and as I prefer as an adult, without milk, has certainly allowed an encounter with full flavour, much to my delight.

Discovering the joys of Russian Caravan tea has been quite an adventure. 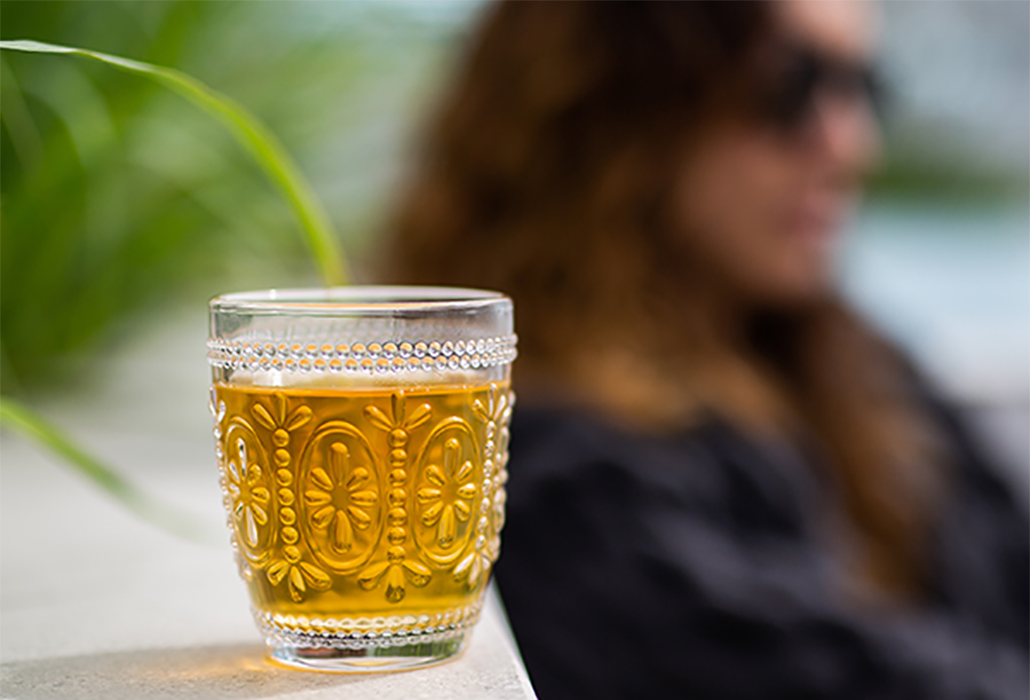 My current favourite refreshing black brew comes from northern NSW, where the weather is conducive for the company Madura Tea. There is no doubt in my mind they are producing many stunning teas here in Australia, with their Premium Tea my favourite. It is fragrant, delicious, lingers and lasts long on the palate, and in the memory. 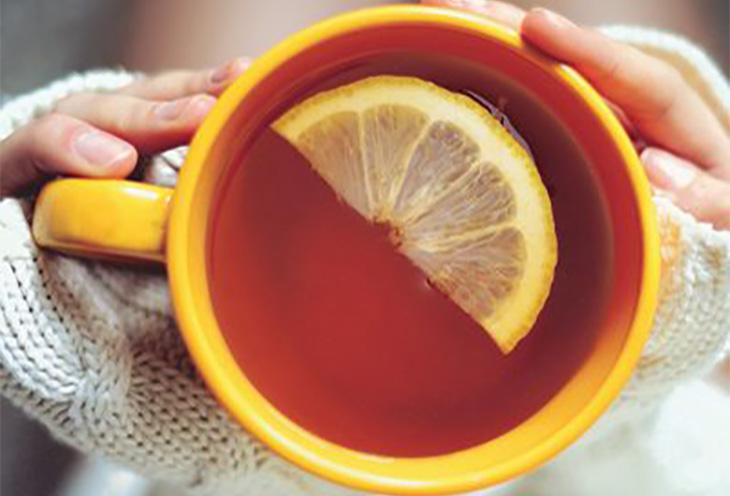 The Madura Christmas gift list is very impressive, and offers many ‘cups of happiness’ including Black, Green, Herbal, Chai, Organic tea and Gifts and treats. Madura Green Tea served mid-morning and afternoon is entirely scrumptious… and then there is the fragrant and energizing Earl Grey, which when served with lemon gives joy to the heart. 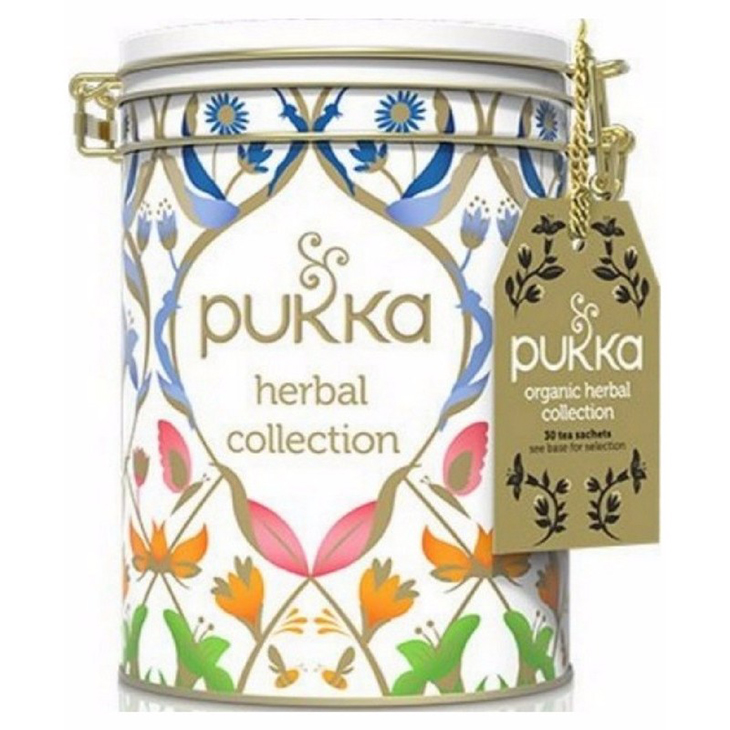 Herbal teas produced by UK company Pukka are particularly special; Womankind is ‘a delicate dance of organic cranberry, rose and sweet vanilla’ and is right up there along with their lemon, ginger and Manuka honey.

Wonder Berry Green is a whole leaf green tea infused with a blend of purple berries and spices. It is also absolutely delicious. T2 has a fabulous range of teas and they are a lot pricier than others, although their French Lavender tea is to die for and well worth it. 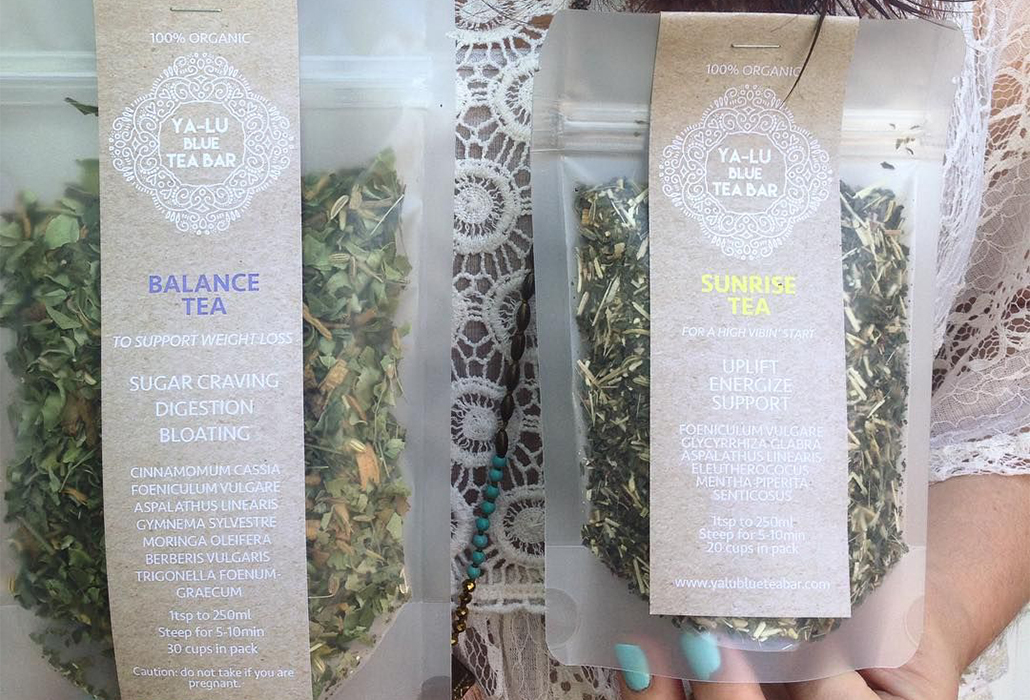 On the other hand special teas being produced by local vendors can be stunning. So, you need to source them in your own area. 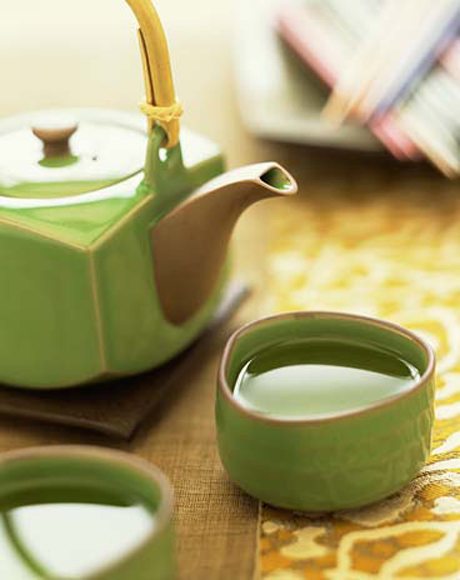 In my urban jungle Yalu Apothecary is all about cultivating wellness; their Sunrise Tea, Slumber Tea and in My Dreams Tea; all top of the pops.

Thank God for Tea! What would the world do without Tea, How did it exist?  I am glad I was not born before Tea’.