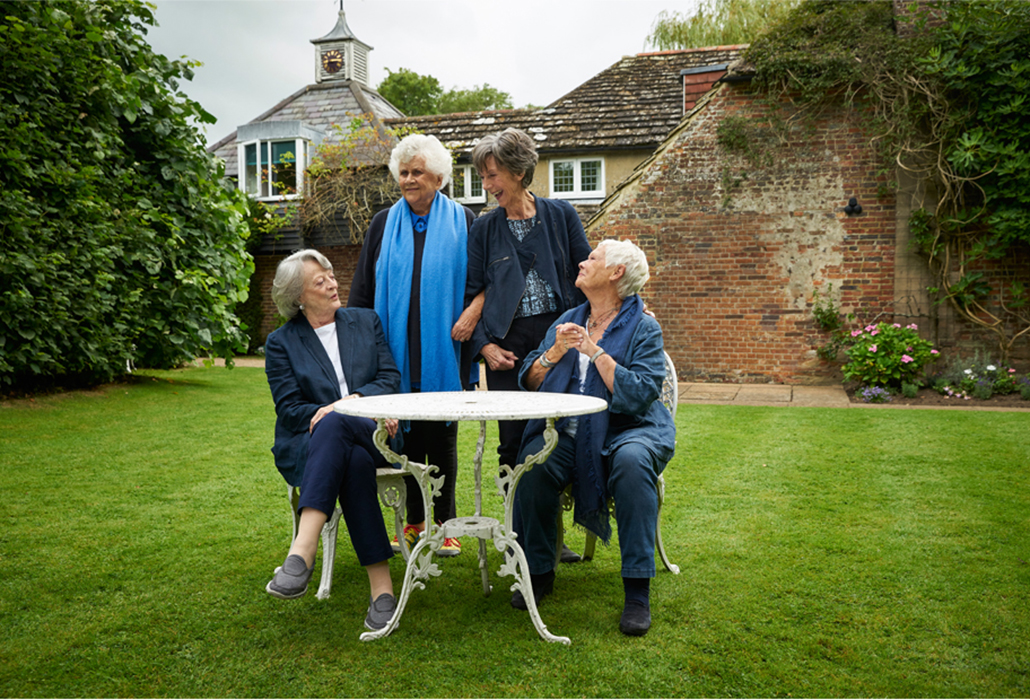 From time to time when life allows it four friends, who were working girls together over a fifty-year + period, meet in the English countryside for conversation, afternoon tea and if they are lucky, a little champagne. Recently they chose to allow filming of their meeting, telling many delicious secrets about their life’s journey on stage, behind and in front of the camera.

Tea With The Dames features the four English graces; Dame Maggie Smith, Dame Eileen Atkins, Dame Judi Dench and Dame Joan Plowright, all of whom are well aware of the difference between truth and illusion. This unique candid film is a wonderful experience, not to be missed and is coming to cinemas in Australia on June 7, 2018. 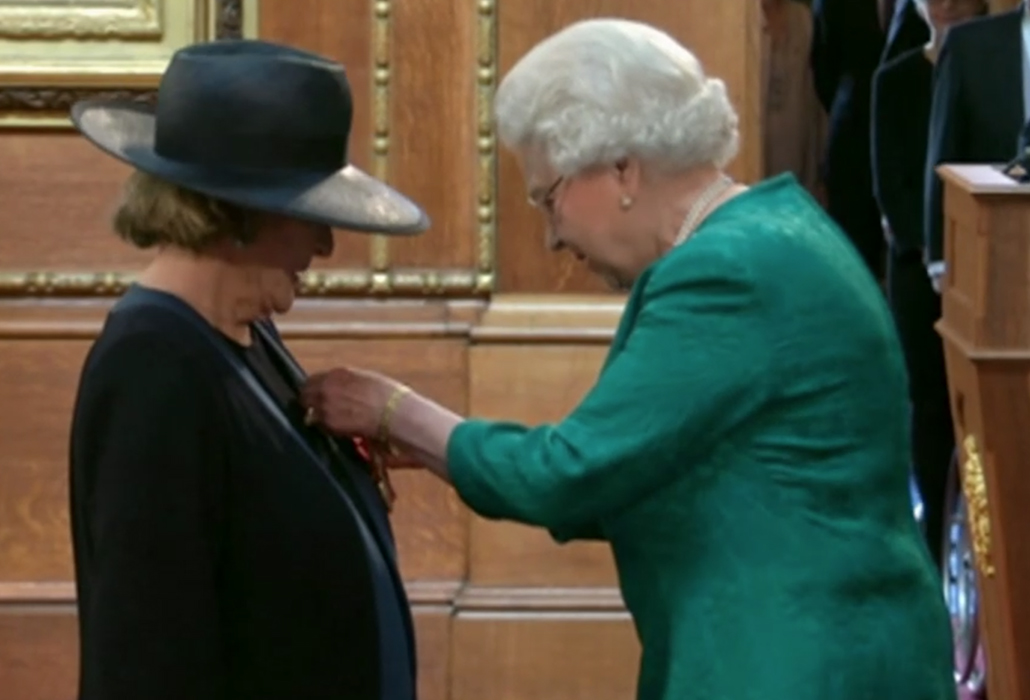 The fab four are all renowned for their candour, good humour, irreverent, poignant and captivating moments on stage and screen. They reveal many funny anecdotes about their journey from embracing theatrical life during the ration bound very lean 50s, to eventually becoming four of Britain’s most admired, professional and celebrated actors.

Dame Judi, Dame Maggie, Dame Joan and Dame Eileen all certainly lived through a period when theatre was King until film took over; rare early photographs, archival film and television footage of feted events in London during their day capture many significant openings, red carpet walks, ceremonies and almost forgotten performances, as well as going to Buckingham Palace to become a Dame. 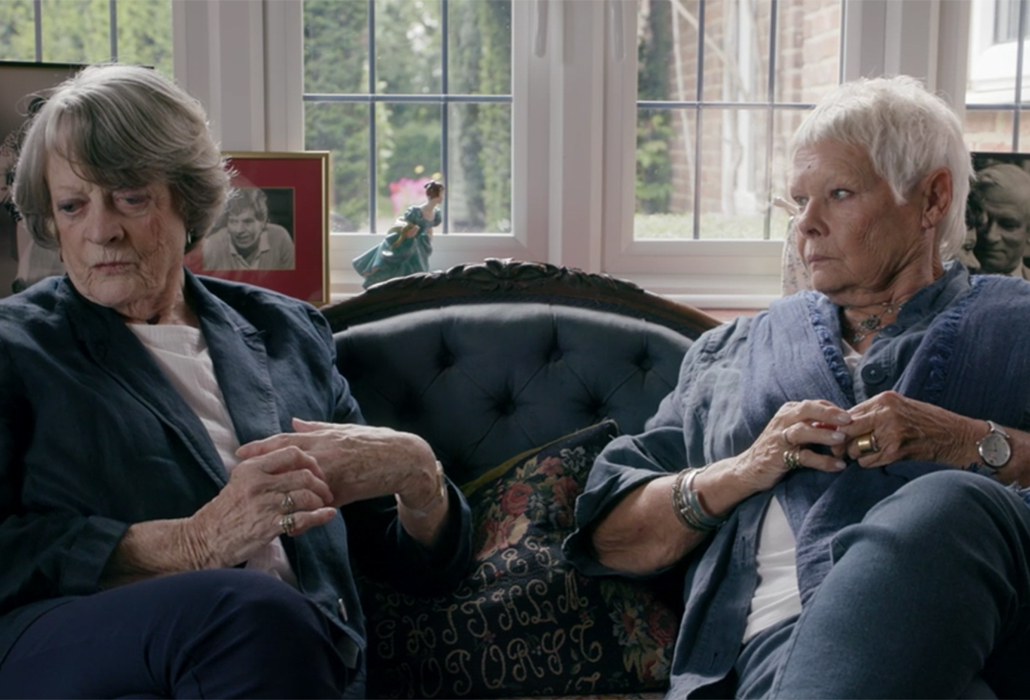 Now all in their 80s, the Dames are asked to recall the point when they first set eyes on each other? Dame Margaret (Maggie) and Dame Judi met in 1958 in Edinburgh, the lady who became famous as ‘M’ in the James Bond movies revealed, although Dame Maggie said she couldn’t really remember.

They are both trying to look natural being posed on a Victorian lounge together… where they are to talk about ‘filming’ on a set and how scary it can be, especially if you get it wrong. 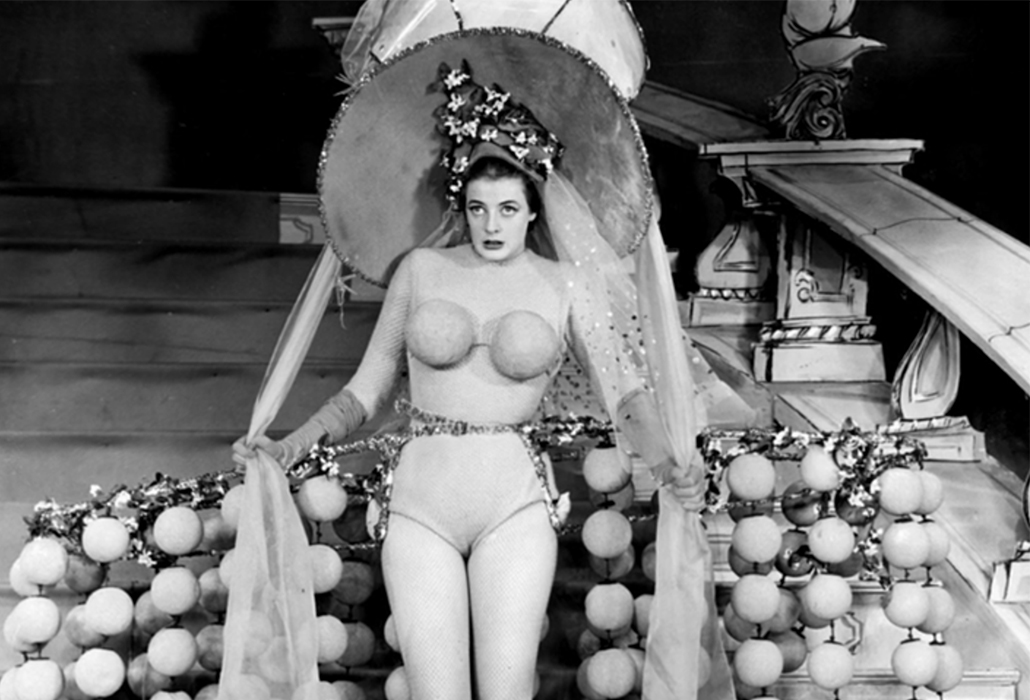 Dame Maggie notes “… she is still hanging in to be discovered” and with photos on show of roles during her early career, we can see why she may want to opt out of remembering the costume design, which thankfully has definitely improved!

Dame Eileen remembers “A gypsy told my mother when I was three I was going to be a dancer and so my mother constantly sent me to dance school.  I couldn’t have been less interested” she remembered. 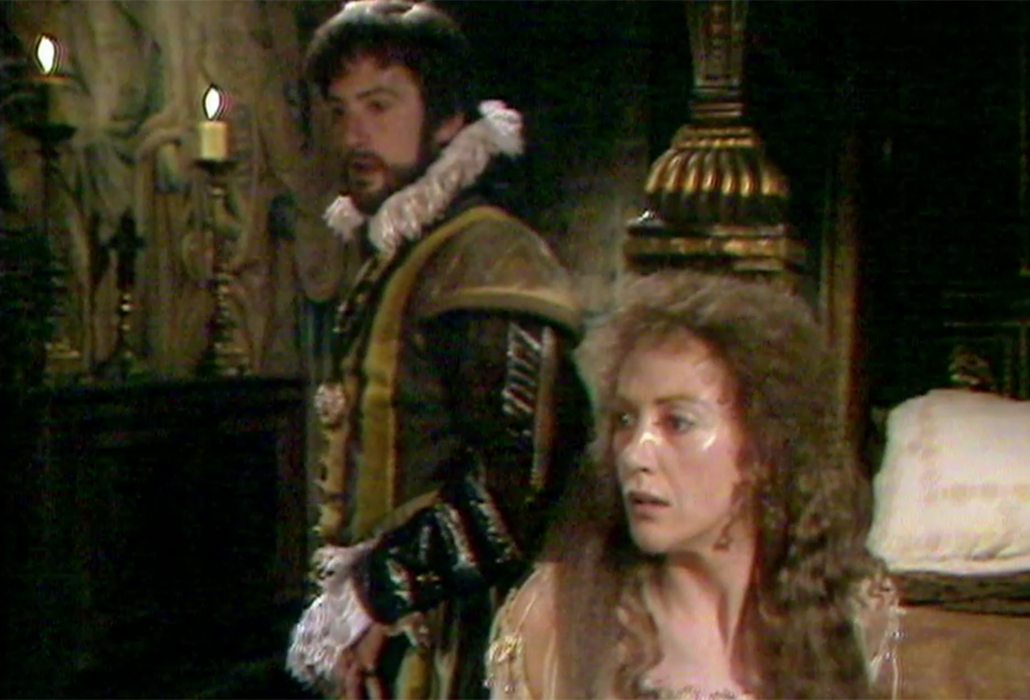 She was in her first play when she was ten and thereafter focused her attention on becoming an actress.  Perhaps all that early training helped the natural poise she is renowned for. 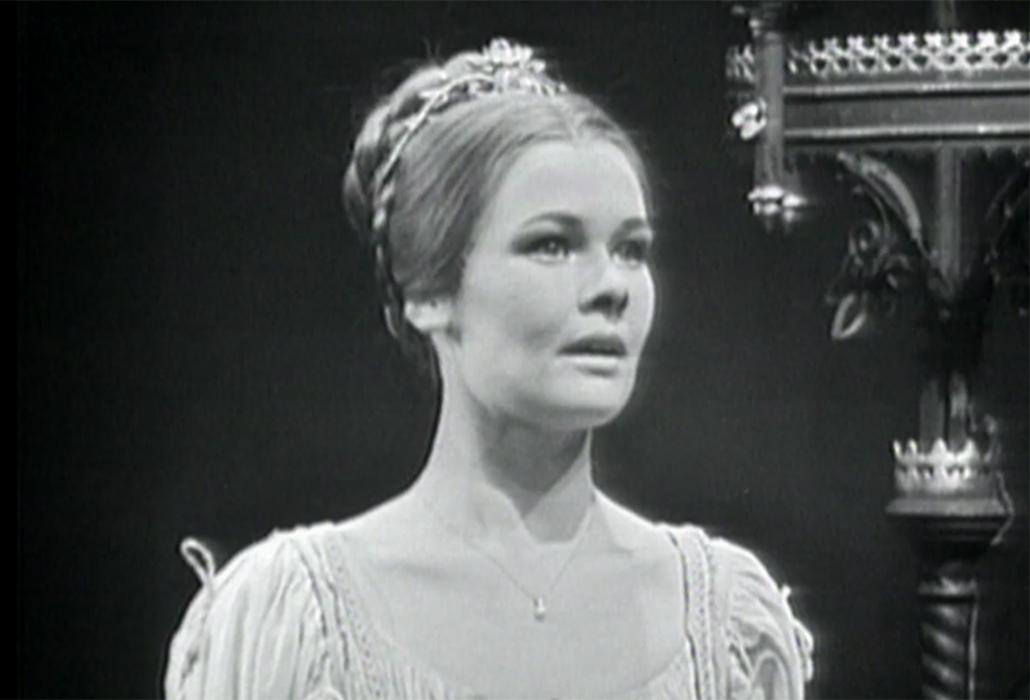 Dame Judi Dench started her career in the famous Russian playwright Anton Chekhov play The Cherry Orchard as a teenager and found the director very unkind. She was told by other cast members to never let him see her cry. 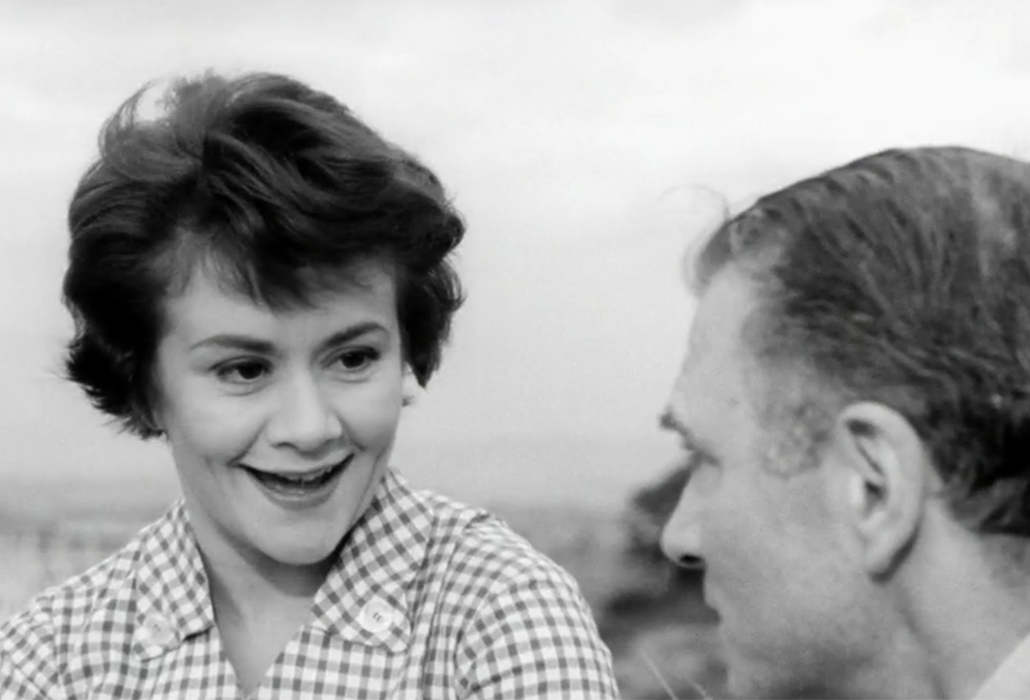 Dame Joan remembers when becoming a member of the Royal Court Company and became one of those earnest girls of her the time, much like her friends, who were not considered born to play Queens!

They all agreed laughingly and then talked about being asked to play Cleopatra, a popular subject at the time, the subject being the biggest hurdle for them all as none of them thought they could be put in the ‘most beautiful woman in the ancient world’ basket. Dame Judi said she didn’t want to be a ‘menopausal dwarf’ playing the part, while Dame Joan and Dame Eileen remember they both vehemently refused to do it at all. 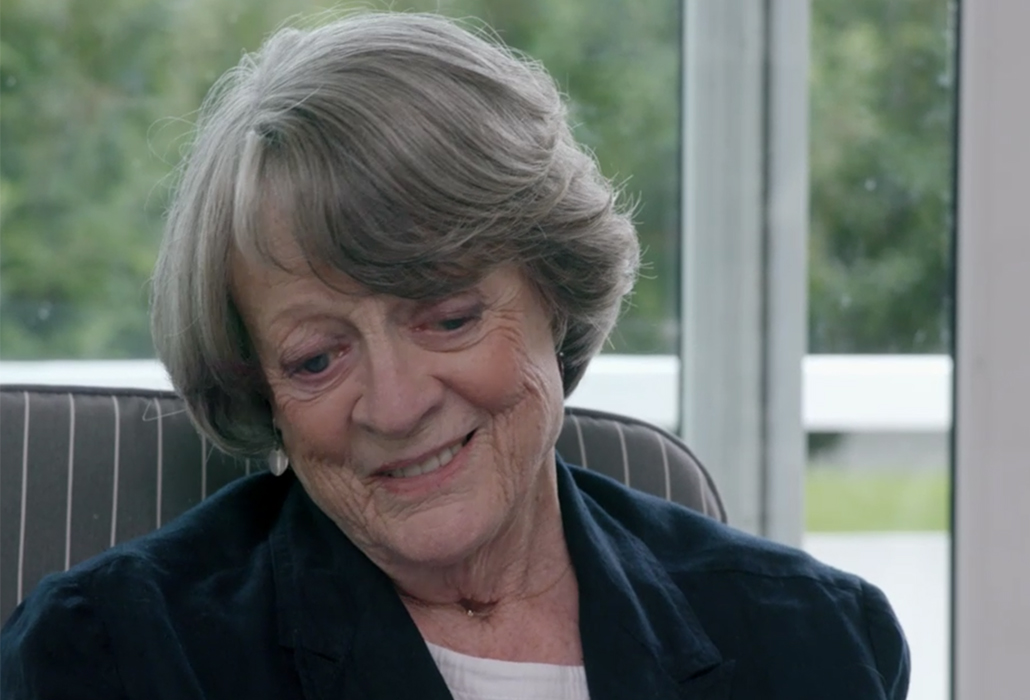 Dame Maggie revealed she only performed it in Canada, far away from British critics.

Being ‘natural’ in front of a camera in each decade of their lives they observed also meant embracing many different interpretations. Being natural they observed is perhaps the biggest challenge for every actor in their own day.

Dame Joan discussed doing ‘Shakespeare’ naturally… which is hard to do because everything he wrote is poetry… and so ‘they all had to find a middle ground’, commented Dame Judi. 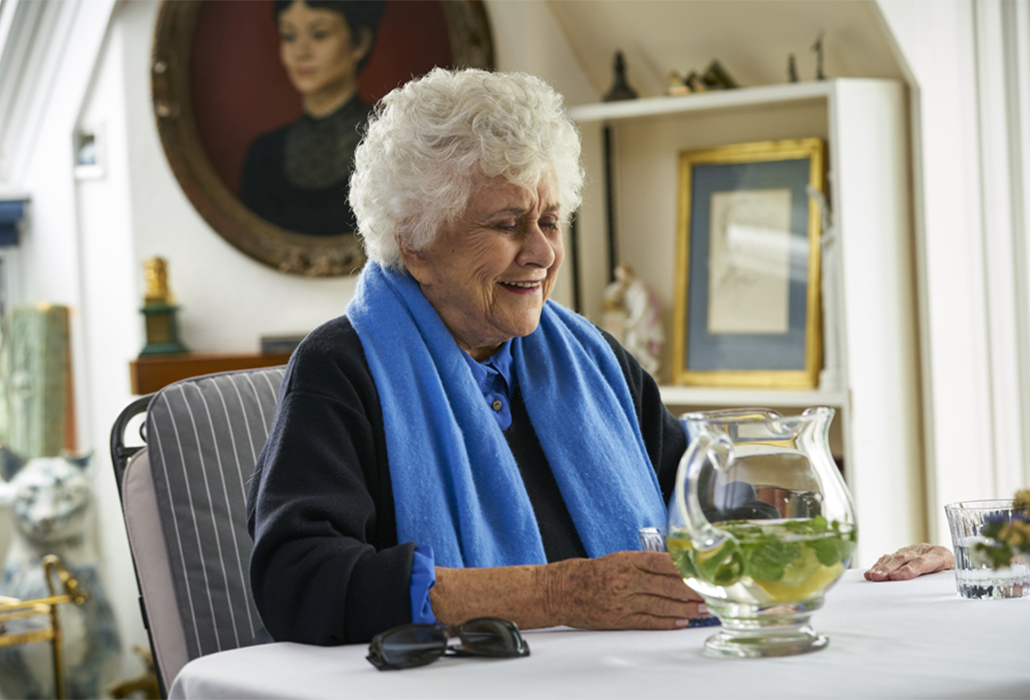 They all remember when Baron Laurence (Larry) Olivier (1907-1969) became director of the Old Vic. He was married to his third wife Dame Joan at the time, and she became a Lady first before she became a Dame, the only one of the four to do so.

Now having lost her sight sadly in recent years, Dame Joan reminisces quietly on life with one of the most famous of all the English actors to dominate the British stage of the 20th century, which she considered was a privilege. 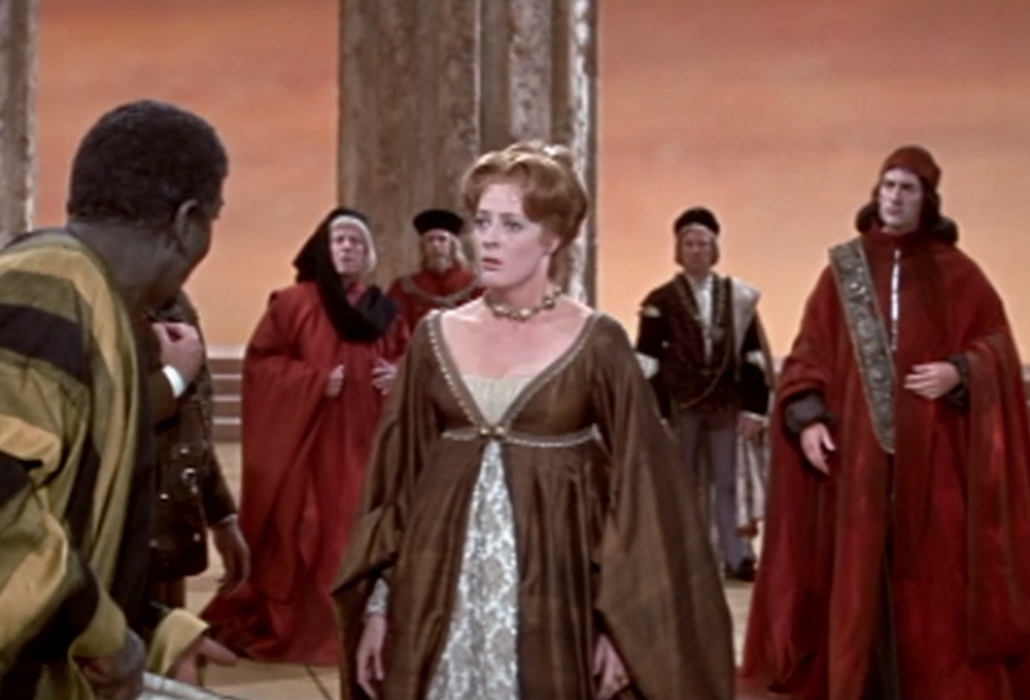 Dame Maggie reminisced how she played opposite Larry a lot in the theatre, noting she always ‘did her best to scare the wits out of him’. In one scene in Othello he accidentally really smacked her on the face so hard she nearly blacked out on stage. Not a pleasant memory.

Dame Maggie’s parents it seems didn’t approve of film making and as a child she was only allowed to go to see films about England or plays Shakespeare wrote.

Her next-door neighbours took her to see The Jazz Singer with Larry Parks on a Sunday, an all new racy version starring Larry Parks, when such frivolity was frowned upon. She was so guilt ridden, she didn’t enjoy it at all.

Having been so opposed to the acting profession, what did they make of her being an actress she’s asked and she laughingly revealed how her first role was as a Chinese boy in an opium den in The Letter, and so her parents were totally dismayed.

Dame Joan’s mother sent her off to the Old Vic Theatre reminding her that while she was no oil painting, she had the look of an actress and should go far. 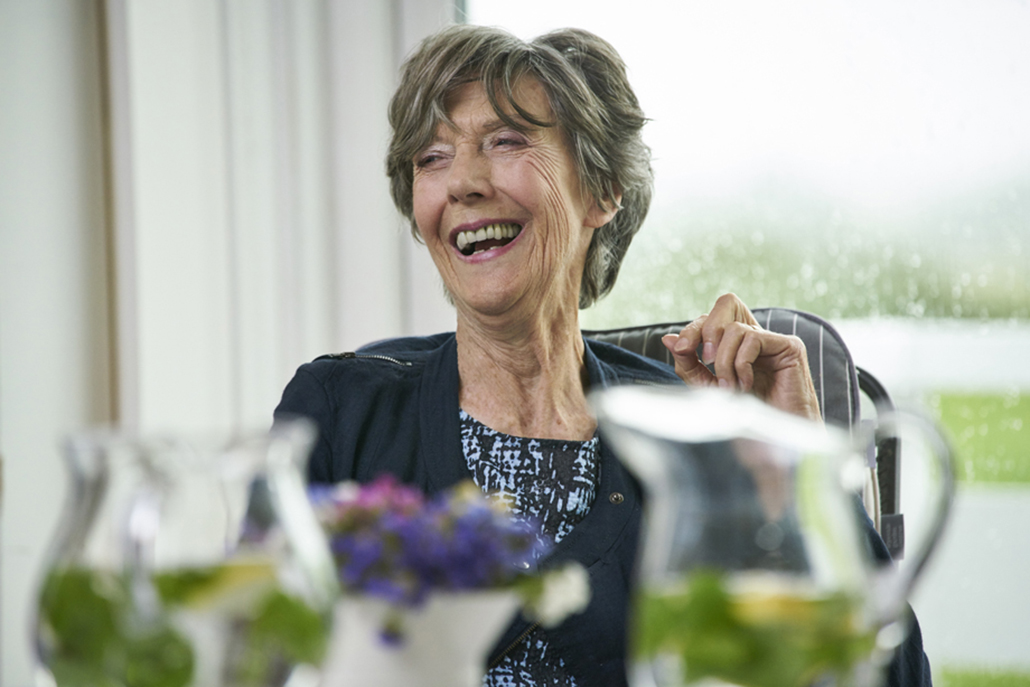 Dame Eileen was told she was not pretty either… until one man commented ‘she is not conventionally pretty, but she’s sexy’, which she was entirely happy with.

There were lots of babies between them all to bring up in their acting years and they actively sought out the Directors willing to give a working girl a chance, which at the time was a struggle.

Dame Eileen and Dame Judi discussed how truly naughty they were throughout the 60’s… which in hindsight was not a decade either of them ‘needed’. 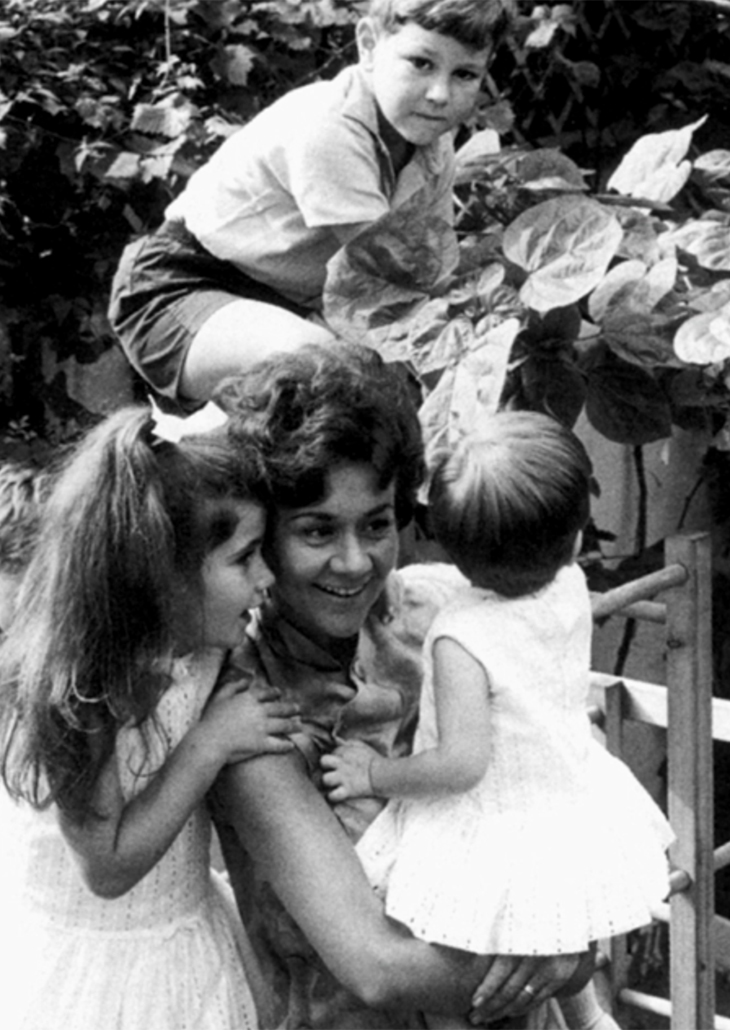 On one occasion they both sat down in a street protest with their fiery politically motivated colleague Vanessa Redgrave, who only after being arrested remembered she had a matinee! 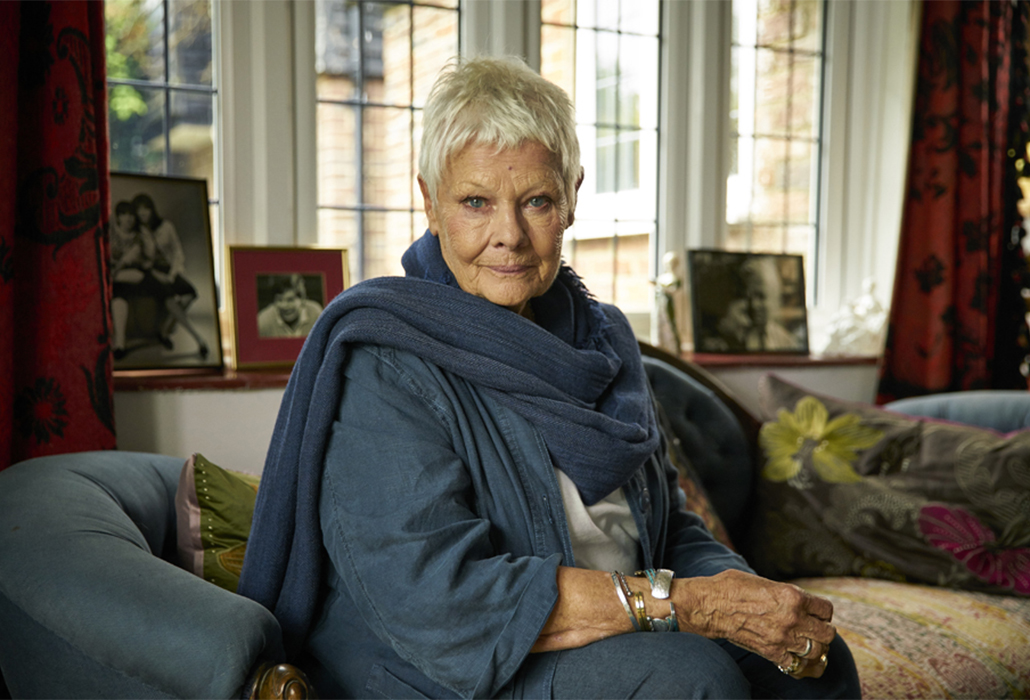 They all talk about the experience of becoming ‘Dames’ and not reading Reviews!

Dame Judi also discusses how they were not allowed to talk about religion or politics when they were young. Then the Director asks them to talk about getting old… and they tell him in no uncertain terms to ‘f….’ off.

They acknowledge there are times today as ageing stars they need help. Dame Judi reveals how angry she got with a paramedic who asked did she have a ‘carer’ when she was stung by a wasp and called to assist with treatment.

Feisty and fabulous they will all remain that way until the end. They are all eternal optimists after all. 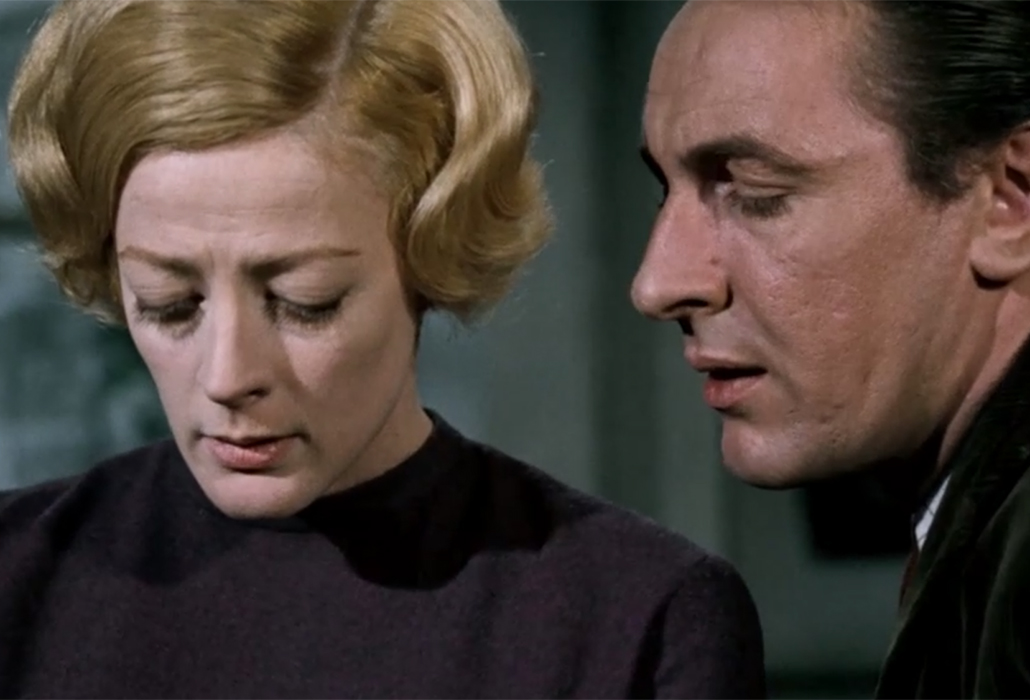 Dame Maggie asked them to change the subject and to please talk about something cheery! So, they talk about working with their husbands who were actors.

Working with her actor husband Mike Williams wistfully observes Dame Judi in reflection mode; we had a wonderful time.

Changing the subject eventually, Maggie talks about doing the TV series Downton Abbey (2005 – 2010) and being made to wear heavy hats… which made her exhausted. She also reveals despite being given a ‘boxed set’ of the series she still hasn’t watched it yet – she’s had no time! Dame Judi is asked about her role in Mrs Brown and was it her first as a ‘Queen’ (Victoria). She observes the role certainly changed her career path, allowing her to be in commanding roles from Elizabeth 1 – M in James Bond.

Both Dame Judi and Dame Maggie talk about being on huge film sets like Harry Potter and James Bond. Their intercessions and chats with the crew off camera are also absolutely hilarious.

Dame Judi’s says her husband Mike urged her to do Bond… because he wanted to tell all his friends he lived with a ‘Bond Woman’. 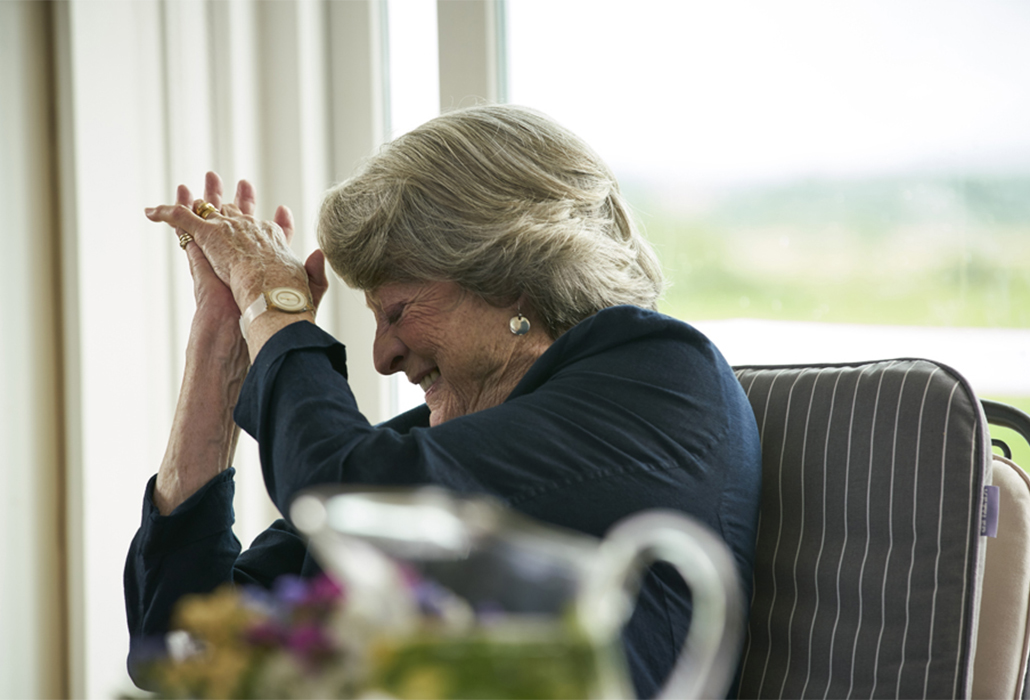 Dame Joan asks for champagne… so they can toast each other and finish on a high note.

Finally they talked about what makes them all keep on keeping on… “fear is the petrol”, observes Judi, “… it generates such an energy that if you channel it … it’s a help”.

Asked to give advice to young actors… they also offered these insights; get in touch with mindfulness and learn about the brain and what it does to the body said Dame Joan; 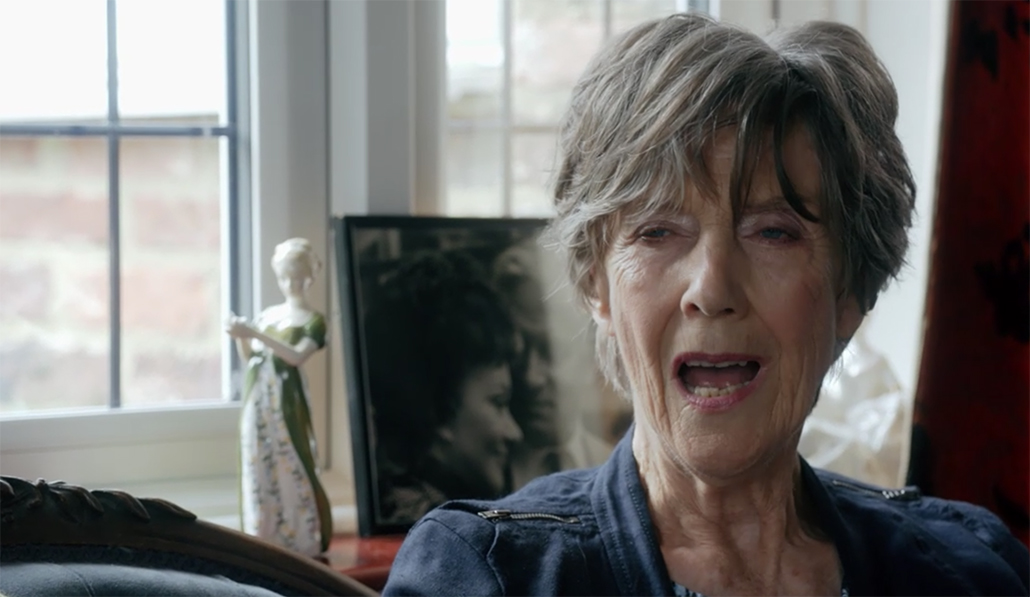 Dame Judi cautions ‘try not to be so susceptible to falling in love’. It’s never too late to all fall in love intercedes Dame Joan… what’s the quote out of? aagh, The Boyfriend! 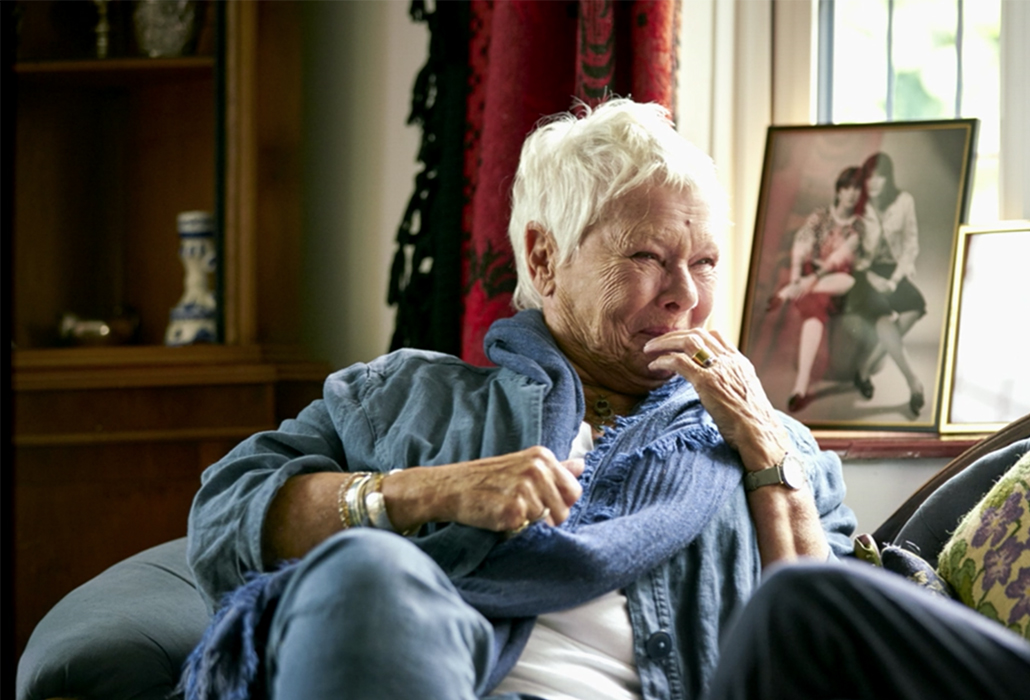 There are many quotes throughout the show that truly delight including; “… it is always painful to part from people whom one has known for a very brief space of time. The absence of old friends, one can endure with equanimity”

Dame Judi,then ends this very special visit to take tea with four of England’s grandest Dames by reciting the wonderful Shakesperean passage ending – “… we are such stuff as dreams are made of…

Tea With The Dames