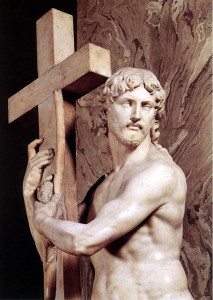 The Camerata of St John’s and Opera Queensland will come together to present a masterwork revered for its intellectual depth, technical achievement and artistic aesthetic by composer organist and musician German born Johann Sebastian Bach (1685-1750). St Matthew Passion will have three performances on March 21, 22nd and 23rd in the Concert Hall of the Queensland Performing Arts Centre (QPAC) at Brisbane.

Bach composed this amazing piece in 1727 for solo voices, a double choir and double orchestra. It sets Chapters 26 and 27 of the Gospel of Matthew (German translation of Martin Luther) to music. It all ends in ‘tears and transcendence’ this harrowing tale about the unspeakable suffering of the man from Nazareth called Jesus, which has continued to have implications for over 2000 years of history. Jesus is known as The Christ in the New Testament, which literally means Messiah or anointed one. The story of the man called Jesus is a powerful one. Bach perfectly captures this heartbreaking story of betrayal and forbearance and sets it to glorious music. It attains sublime expression, stirring the emotions, disturbing the soul and inspiring thoughtful reflection. Featuring Paul Whelan as Jesus, directed by Graham Abbot and with a fine group of International and Australian soloists, chamber chorus and musicians led by Brendan Joyce from the The Camerata of St John’s this work is a masterpiece of music, usually only performed at Easter time when the crucifixion and resurrection of Jesus are subjects much under discussion and re-evaluating by Christians, as well as other faiths around the world. To attend this performance is not about religion per se. It is however about experiencing genius in music composition and visiting and embracing an artwork much as you would go and view Michelangelo’s Pieta at Rome, or the David at Florence. This master work speaks across cultures and the centuries and the cast assembled to perform it should indeed do this sacred music justice. Buy Tickets Now

Public programs will provide audiences with unique insights into the Eighteenth-century Porcelain Sculpture on display, NGV International from 27 February, 2016