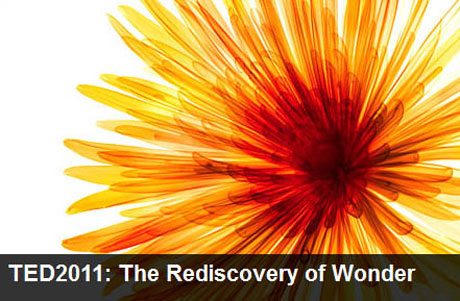 There was not a gold male statue in sight as TED 2011 took place at Long Beach, California. During the course of the week delegates talked, played and listened to music, enjoying comedy and dance and much much more. They were emailing, blogging, tweeting, eating and networking, while they held caffeine-fueled conversation breaks to talk about ideas worth spreading. Forget the red carpet – follow the red letters and get involved.

The TED Conference is for achievers wanting to change the world, find a cure for cancer, invent solutions for global hunger or design how to clean up oil spills using only the resources at hand. They want to be pro-active in community. TED conferences are the place where all the next new big ideas will be unveiled. And where once a year people hungry to come up with the next new big idea, will converge.

It’s where Apple Mac first dazzled everyone, where the first CD was played and where a computer screen was first able to be touched. It has also become so exclusive if you want to participate you need at least $6000  to attend, let alone all your other expenses. 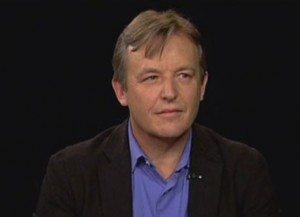 So you will have to justify the expense if you want to become a TED groupie. And once you are there, along with all the greatest minds of the century, you will have to shape up and provide evidence of your own “creativity, innovation, insight or brilliance” or otherwise, ship out and join the rest of us accessing the conference FREE.

The social profit organization known as TED was founded in 1984. Initially it was conceived as a conference with the aim of bringing together people with ideas worth spreading. The disciplines it embraced were technology, entertainment and design (TED). The founders wanted to provide a platform for the world’s top thinkers, long-term visionaries and, its most awesome teachers. 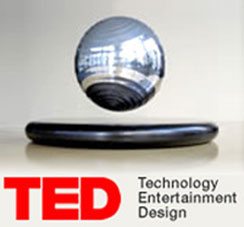 The TEDPrize leverages the TED community’s exceptional array of talent and resources. It is awarded annually to an exceptional individual who receives $100,000 and, much more important, the granting of “One Wish to Change the World.” After several months of preparation, the wish is unveiled at an award ceremony held during the TED Conference. Over the life of the prize, wishes have led to collaborative initiatives with far-reaching impact.

The main thing they all have in common is they want to help imagine the future. All this is very noble and to be encouraged. But in order to embolden others to participate and provide real outcomes they need to connect with the community outside the conference. And, so on TED.com they now make talks and performances available FREE for everyone else.

Since it began as usual with social profit groups the scope for TED has become ever broader. It now hosts a conference in Long Beach, another in Palm Springs each spring, and also the TEDGlobal conference in Edinburgh UK each summer. TEDIndia was held in November 2009 at Mysore, India and TEDWomen was held in Washington, DC in December 2010. It asked: How women and girls are reshaping the future?

TEDTalks began as a simple attempt to share what happens with the world. Under the moniker “ideas worth spreading,” talks were released online. They rapidly attracted a global audience in the millions. Indeed, the reaction was so enthusiastic the entire website had to be re-engineered with the goal of giving everyone on-demand access to the world’s most inspiring voices.

One of those was 2001 US Secretary of State Madeleine Albright, who has continued her distinguished career in foreign affairs as a businesswoman, political adviser and professor. Watch her and read on…

Jamie Oliver and his TEDwish

More than 700 TEDTalks are now available, with more added each week. All talks are subtitled in English, and various languages.

Videos can be freely shared and reposted to your own site.

Jamie Oliver was recently awarded the TEDPrize, for his anti-obesity project in Huntington, W. Va. He makes a very inspiring speech, uncomfortable to watch, although completely compelling. 21 minutes of Jamie talking will change someone’s life. It may be yours.

Embrace TED and do excellent things

From Youth to Infinity the British Film Festival Australia 2015 presents intoxicating cinema, which like all the productions tells insightful stories about life