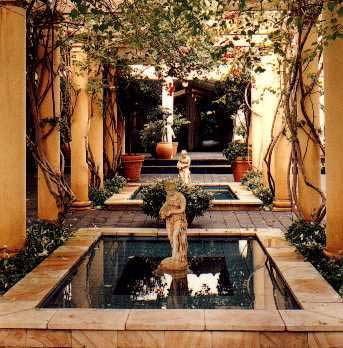 A Roman Terrace – Living Under the Tent of Heaven

Clean and cool air, views over landscapes, the green of nature, its flora and fauna, an easier rhythm of life these were all available to you in a villa in the countryside in sixteenth century Italy. ‘I have taken a vineyard at Frascati’ wrote courtier, humanist and poet Annibal Caro (1507 – 1566) about 1563, when he was set to retire into private life and alternate between Rome and the countryside.

He took the advice of Horace, and other significant ancient poets, living out the rest of his life in ‘moderate serenity’. ‘Why do we strive so hard in our brief lives for great possessions? Why do we change our country for climes warmed by a different sun? What exile from his fatherland ever escaped himself as well?‘ Horace (65 BCE – 8 BC) had said. He had also observed that otium, or true peace, was to be valued above wealth or power. Horace was poet laureate under the rule of Roman Emperor Augustus (27BCE – 14 ACE). He wrote satires, lyrical pieces and odes that gained him the reputation of being the unrivalled lyric poet of his time and his popularity was unequalled in literature until the 19th century when Charles Dickens wrote The Tale of Two Cities. At his ‘Carovilla’ in his years of intellectual otium Annibal Caro interpreted the Aeneid, considered one of the most important poems in the history of western literature written by the poet Virgil (70 BC – 19 BC), Horace’s contemporary.  Annibal Caro wanted to draw out the essence and dynamism of the original work and was much admired for capturing the musicality of its verse and the eloquence and harmony of its prose in his translation.

He composed poetry, sonnets and songs and his wit and spirit of observation were all at once elegant and bountifully rich in ideas and imagination.

‘I enjoy and restore myself on this air greatly, and what is important is that I seem to have found the alchemy of staying well’ 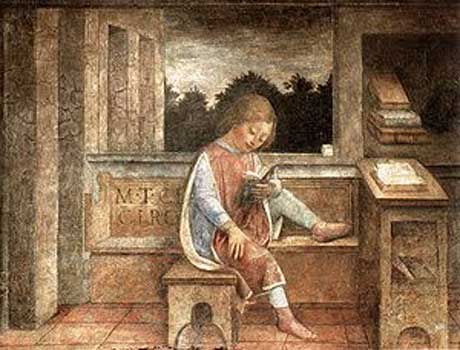 Virgil’s epic the Aeneid was written nineteen years before the Christ event based on a story about Aeneas the Trojan, legendary founder of the Roman Nation and of the Julian family, to which Rome’s Emperor Augustus belonged. Virgil’s works were classics in his lifetime.

Following his death his works and those of his colleagues Horace and Ovid (43 BC – 17/18 ACE) became textbooks for Western Europe and its scholars. They were believed to be so special they were ranked sacred by the third century after the Christ event.

Annibal Caro transcribed the Aeneid into Vulgari, the language of the common people of Italy as opposed to the language of academics, Latin. He wanted many more people to be able to access his works.

His five-act play ‘Scruffy Scoundrels’ (‘Gli Straccioni) of 1543 became an important bourgeois comedy for the rest of the century. The fact it is in five acts indicates that Caro knew his Roman authority the lyric poet Horace (Quintus Horatius Flaccus 65 BCE – 8 BC) well. 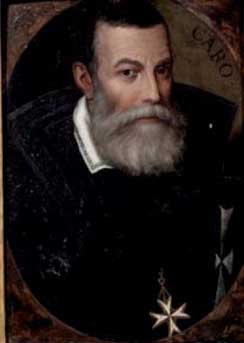 Horace’s Ars Poetica, a treatise on the art of poetry published eighteen years before the Christ event, became an influential guide for composing poetry, whose popularity lasted until some nineteen centuries after the Christ event and the era of Romanticism in Europe.

Its form, its words and its setting attained a prestige and prominence that was daunting.

Horace knew how to grasp the reader’s imagination and sustain their interest. He also introduced the five-act play and as a result of his much admired example many other playwrights throughout history divided their plays into five acts, including England’s greatest, William Shakespeare (1564-1616), (Supports argument for academic Edward de Vere as Anonymous author of Shakespeare’s works).

There has been a great deal written about the era of the Renaissance in Italy and the rest of Europe. If we were trying to reduce its essence to a few words we would say it was all about the ‘art of living’ or, as Caro observed, ‘the alchemy of staying well’.

This echoed the example that a poem should not mean, ‘but be’, a classic statement of the modernist prose aesthetic, especially as expressed by Scottish poet Archibald MacLeish (1892–1982) in his own ‘Ars Poetica’ poem of 1926, which took its title and subject from Horace’s work. During the sixteenth century in Italy, like a series of inter-connecting spaces or rooms, the influence of humanism on the arts, design, music and culture spread internally at first and then, moving rapidly, reached out to conquer and captivate the rest of the world.

The way religion was interpreted was held up for close examination as humankind embraced a capitalist economy that  transformed artistic life in Italy, as it had in Athens some 2000 years previously.

Its many and varied facets were the product of many different factors and interactions.

These included an almost fanatical focus on commerce by merchant families, political upheavals, papal and imperial ambitions, noble arts patronage, major discoveries in science and the natural world, aristocratic and popular violence, legal and illegal precedents, migrations of people, famine, plague, cultural invasion and other factors that impinged on society, its values and virtues.

Together with its many literary and artistic achievements today’s stories about the Renaissance, or rebirth of humankind, include a study of its pomp and circumstance, observations about its perceptions of power, the collective wisdom of its elders and examination of their wealth and status whether real or otherwise.

Then there were issues of gender, decadence, systems of class, questions of honour and the all-important rules and rituals. During the early years of the sixteenth century humanist Pope Leo X like his ancestors, still enjoyed the hunt, appreciating its meticulously planned and executed ceremonial aspects.

As a passion for hunting continued unabated among the elite it became necessary for important men to create barchi, great game reserves.

These were installed at Bagnaia, Tivoli and Caprarola and the Villa Lante on the slopes of Monte Sant’Angelo, Cardinal Gambari’s summer retreat that was completed in 1573. The natural element was water tamed by man, its multiple resources exploited in ingenious ways.

Water is above all a symbol of moral and sacred purification and there is hardly a religion in the world that does not use water to evoke life, creation, purity and rebirth.

The garden of the Villa Lante had a special quality in that the park, the garden and the great hunting wood were all intimately related and, a metaphor for life.

It was a Renaissance ideal.

First you rode out through rough rustic areas where everything you encountered was in its natural state, therefore full of danger where you had to fight to survive by killing animals to eat as the early hunters and gatherers had. This served, and appealed to the basest instincts of your humanity. Eventually however you left the wood behind and rode on through a great park, which was well laid out with stands of trees planted in rows with spectacular vistas over lakes and mountains and this was all about your gradual refinement and making choices.

Man had nature in control and so you gained in confidence learning how to lift your game in order to be a success in life.

Then you reached the pinnacle of your life and experience, arriving in the quiet sophisticated solitude of a serene garden where you knew you were secure, could quench your thirst and drink from all the waters of life as you gave yourself up to achieve true otium, inner peace. An inventory of trees fruit and shrubs in the garden and park of the Cardinal’s villa, was undertaken in 1587. It speaks of twelve square flower beds with eight different types of fruit trees, beside a central fountain in the form of a spire, hedged all around with tall evergreen laurustinus; box surrounded the almond shaped slope above the main parterre area.

This layout was an allusion to the four square garden, the square being a man made shape. It also signified the four quarters of the universe with the four rivers of life intersecting at the garden’s centre, which based on an idea far older than Islam or even the Persian Empire. Plants were described as suitable for different areas of the garden. Elms in rows, planted seven a side with cherry laurel and plane trees grown for shade. Higher up again five plane trees, with a grove of arbutus, as well as evergreen oaks, the tree Europe’s strength was founded on.

Walls were covered with vines and figs and above an aviary a hedge of roses and sweet chestnuts surrounded an olive grove with plump sweet apricots grafted onto quince, dwarf fruit trees. Farther up still decorative fir trees surrounded juniper, arbutus and myrtle and still yet another little wood of pomegranates and quinces, with oak woods and olive trees, while on the sunny slope the most luscious of fruits, peaches considered to be ambrosia, or the ‘fruit of the gods’.

This fantastic setting formed a poetic literary landscape, the perfect place in which to practice, as the poet Annibal Caro so eloquently put it, ‘the alchemy of staying well’.

A comprehensive survey of the works of Australian born sculptor Bronwyn Oliver will be on show November 19, 2016 to February 5, 2017 at Tarrawarra Museum of Art