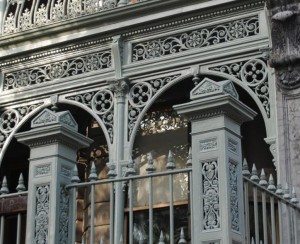 The National Trust of Victoria is offering in their headquarters Tasma Terrace at Melbourne, an exhibition that is a fascinating mash-up of past, future, and fantasy. The Antipodean Steampunk Show is open daily from 10am to 4pm. 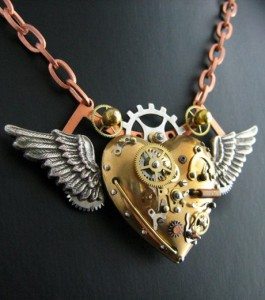 The Steampunk Movement is a blending of 19th century aesthetics and technology with the modern world. It explodes at the intersection of technology with romance. Part fact, part science fiction and with fantastical themes, it’s all about ‘what the past would have looked like if the future had happened sooner’. The artists contributing to The Antipodean Steampunk Show such as Michelle Murray, whose flying heart is a wonderful comment on the wide range of cross-discipline backgrounds including engineer-sculptors, artist-scientists, shoe-makers, jeweller-taxidermists, writers, performers, photographers, film-makers, tinkerers, designers and hobbyists 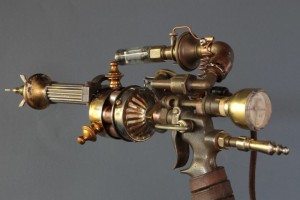 Steampunk grew out of ideas that have their germination following World War II with those wanting to go back to the past to work out why such destruction had happened and what did the future hold. They had kick started the new fantasy movement by the 60’s, with it gaining both momentum and relevance during the 1980’s. It has now also split off into further sub genres; Medieval Steampunk, Victorian Steampunk, Western Steampunk, Industrial-Modern Steampunk and many more, including Willy Wonka Steampunk and Cyber Steampunk. 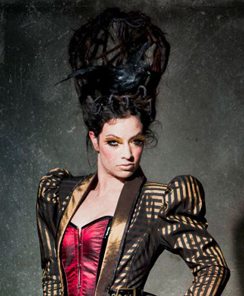 It has spilled over into the world of fashion with the growth of Steampunk Couturiers and into the fields of architectural style and art where an alternative history of style is presented. 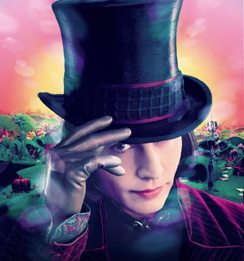 So if you want to find out what happens when you link the works of H.G. Wells with that of Jules Verne and Mary Shelley with that of Willy Wonka and the works of many modern authors pursuing their own themes of creative influence, then go to The Antipodean Steampunk Show 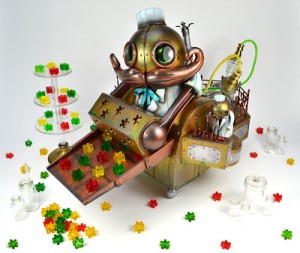 In addition to contemporary works  at Tasma Terrace the display will include examples of historical machinery, books and films that inspired Steampunk, including nautical, aeronautical, musical and navigational equipment, sourced from The National Trust of Victoria‘s Collection. BOOK ONLINE