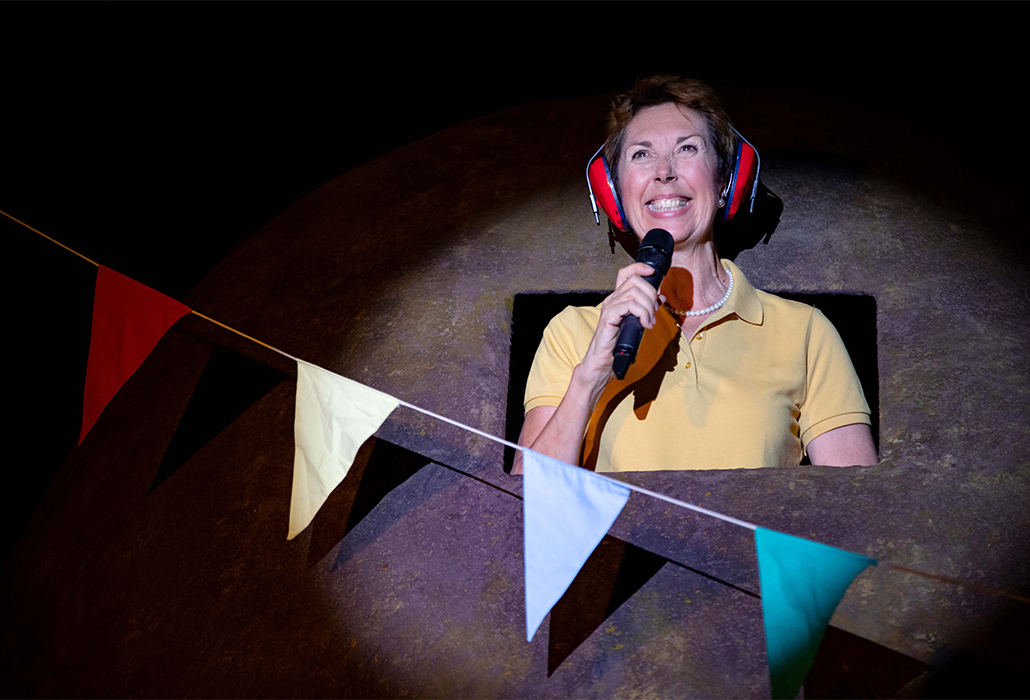 The world premiere of Melanie Tait’s The Appleton Ladies’ Potato Race at the Ensemble Theatre, now playing to a SOLD OUT season, was definitely a defining experience celebrating the tenacity of women and the comfort of humour.

Author Melanie Tait has written about the real, current and ongoing saga of equality for women, in particular the right to equal pay. She honours the principles of integrity and fairness, tempering them with the hilarity of daily life, transforming her words into a highly accessible and relevant play. Tait has a discerning eye for the details, issues and trends evident in 2019 and creates an honest picture of the best of humanity. 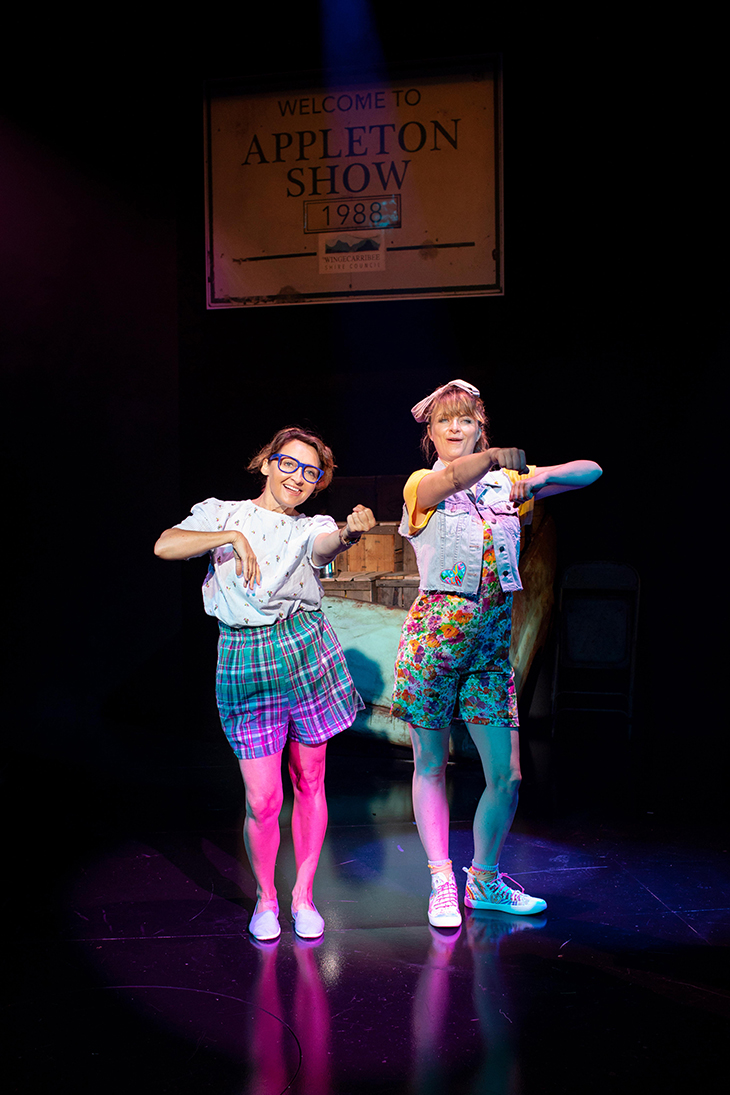 This theme is the very heart beat of the play and resonates within the comedy and courage of its characters and their narratives.

It was very unsettling and disappointing to read the recently released statistics about Australia’s gender pay gap with a staggering difference between male and female wages in all industries.

This lack of parity is evidenced in the ATO Taxation Statistics for 2016-2017 where even in the highest earning profession women earned far less than men.

Doctor Penny Anderson (Sharon Millerchip) returns to her hometown Appleton to take up a residency as the local GP. She felt an outcast growing up in this small provincial country town and was resolute in her decision to experience the wider world.

Penny left the confines of Appleton scared and timid but returned confident and emancipated, ready for the challenges of her medical practice and the reassurances and love of her family, childhood friends and community. 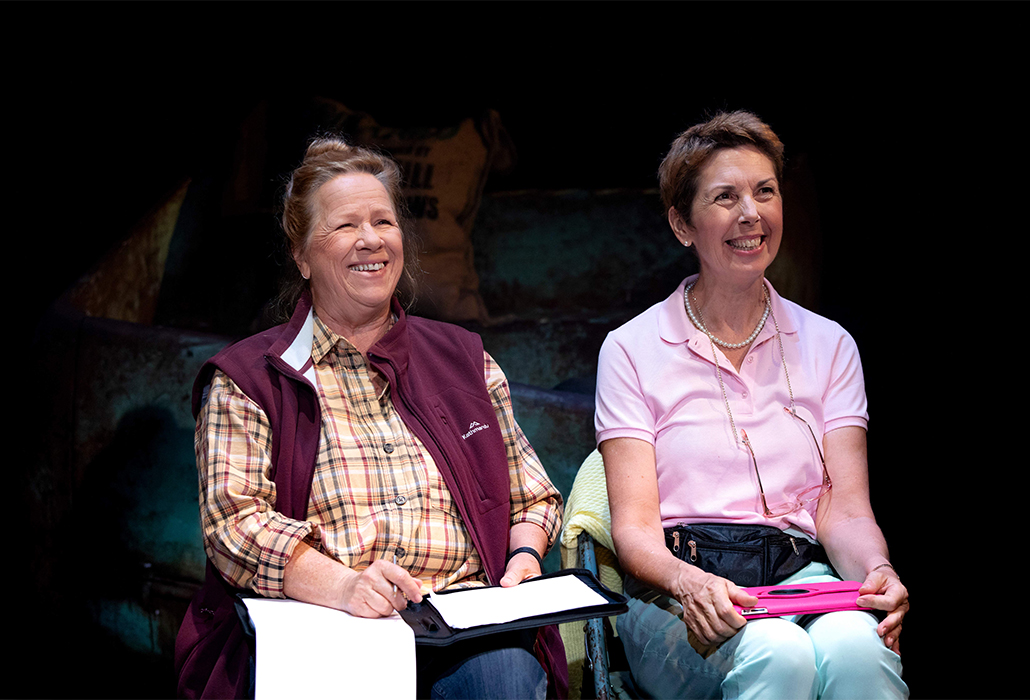 She discovers that the annual Appleton Potato Race is imminent however she is shocked to learn details of the prizes. She thinks it’s a very ‘big deal’ that the prize for men is $1000 and for women $200. This revelation has an immediate impact on her and she is determined to not only restore gender balance but to open the communities’ hearts and minds to change.

This challenge has unsuspected consequences and exposes the vulnerabilities and hardships of country life. The wonders of relationships and the joys of belonging to a community are woven into the sympathetic and hilarious dialogue, actions and staging of this stirring play. 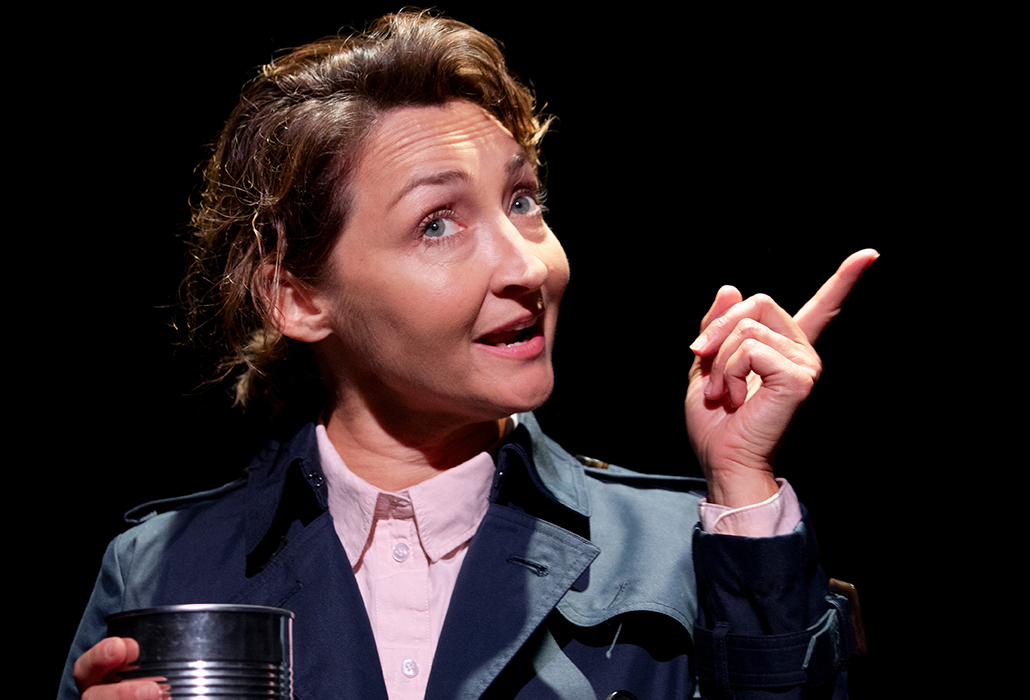 Bev Armstrong (Valerie Bader) and Barb Ling (Merridy Eastman) are the driving force and only active committee members behind the Appleton Potato Race. They run the ‘show.’ They have been best friends since birth and have a delightful repartee that elicits empathy and laughter from the audience.

Bev is cynical and hardened by a life of constant giving and relentless sacrifice. She is also crippled by failing health and chronic pain. Barb is optimistic, buoyant, and resilient, and her cheerfulness is very endearing. Her outward demeanour conceals the anguish and pain of never being able to achieve her cherished dream. A streak of rebellion in Barb lingers patiently desperate to be released. 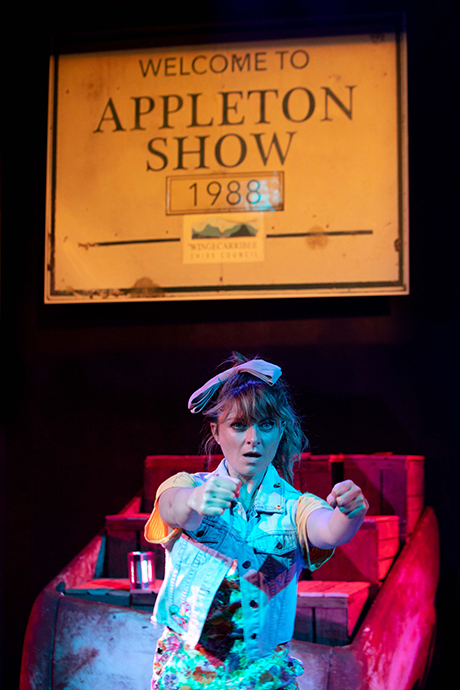 Nikki Armstrong (Amber McMahan) is Doctor Penny Anderson’s sister. She is married to Bev’s son and is mother to their four young sons. Nikki is fearlessly holding her family together, working two jobs hairdresser and barmaid. ]

Her husband is in and out of rehabilitation centres, incapable of giving emotional or financial support. Nikki’s warmth, bubbly personality, energy and raucous sense of humour are engaging to view as she confronts her lot in life with an impish will and rugged determination.

Both Penny and Nikki are very friendly with Rania Hamid (Sapidah Kian} a recently arrived refugee from Aleppo.

Rania has adjusted to her changed environment and life in Australia with her daughter. She is versatile and open to a new nation acknowledging her cultural background, adjusting with diplomacy and a respect for the freedom of choice.

Penny is passionate about making the prizes in the Appleton Potato Race equal for both men and women. She pleads with Bev, Barb, Nikki and Rania to join forces and embark on collecting money from the local community to equalise the prize money.

Initially she is met with animosity, hostility and exclusion not only from the four women but also the local community. Her campaign unleashes some hidden truths and stories from the women’s pasts and current circumstances. 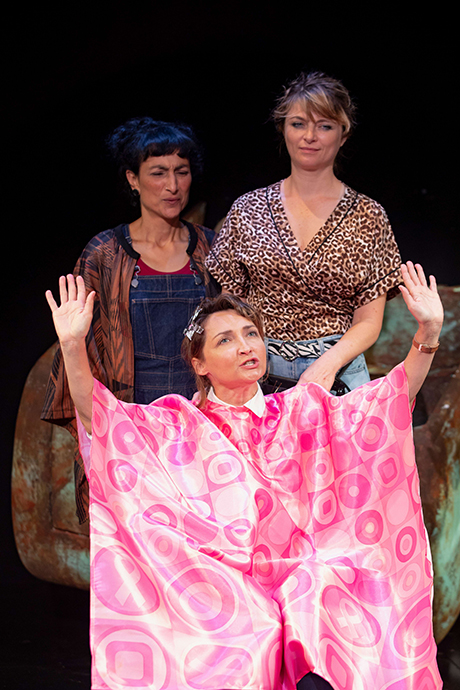 It ignites aggression amidst the community but ultimately it unites the women and provides entertainment that is tender and very funny. The conflicts are emotional but the ethos of love and kindness is ever present.

Priscilla Jackman’s (Director) production of The Appleton Ladies’ Potato Race is exceptional. Her affectionate interpretation of the play and her vision of artistic unity deftly define the style, mood and pace of the play.

She has powerfully communicated the playwright’s intention and enhanced the script with a unique flair for clarity and discerning production touches.

The sparse set designed by Michael Scott-Mitchell succinctly and imaginatively allowed the unfolding drama to take centre stage. The country ambience was etched in the rusty and battered tray of an old Ute. The revolving circular discs in the stage added the dimension of movement and surprise. 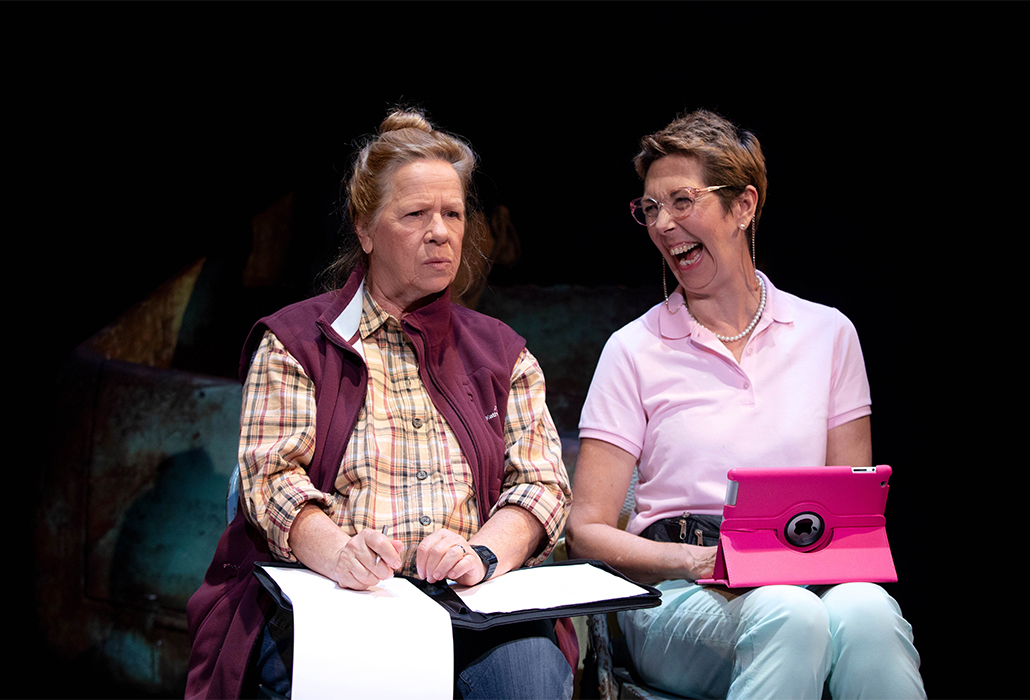 Composer & Sound Designer Tegan Nicholls had the time of her life which she generously shared with the audience. The music was magic and the audience was awash with the throaty rich voice of jazz, the beat of the Wiggles Hot Potato, Hot Potato, the country vibe, the musical mood of the eighties and the ironic lyrics of There’s No Business Like Show Business.

The music was such fun and coupled with the sounds of the local radio station created a coat of warmth and an inner glow for the audience. 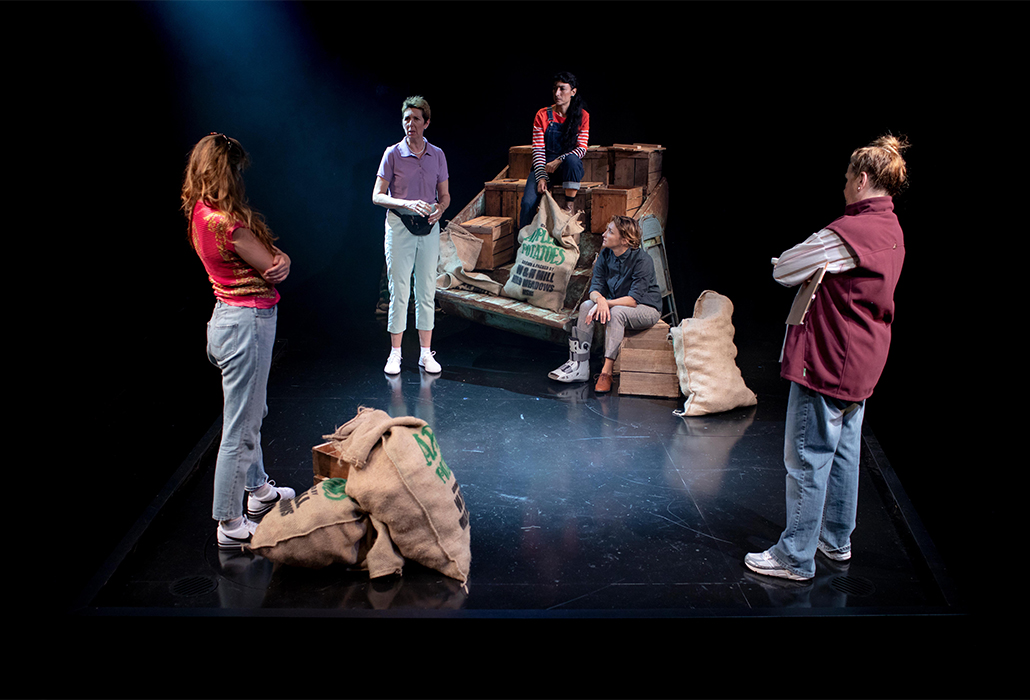 The five actors delivered stand out performances embracing their characters and cherishing the fun, captivating the audience. Their polished skills and innate sensibilities gave genuine credibility to articulating truthfully their characters’ life and personal situations. Each performance charmed and exuded honesty about the human condition. 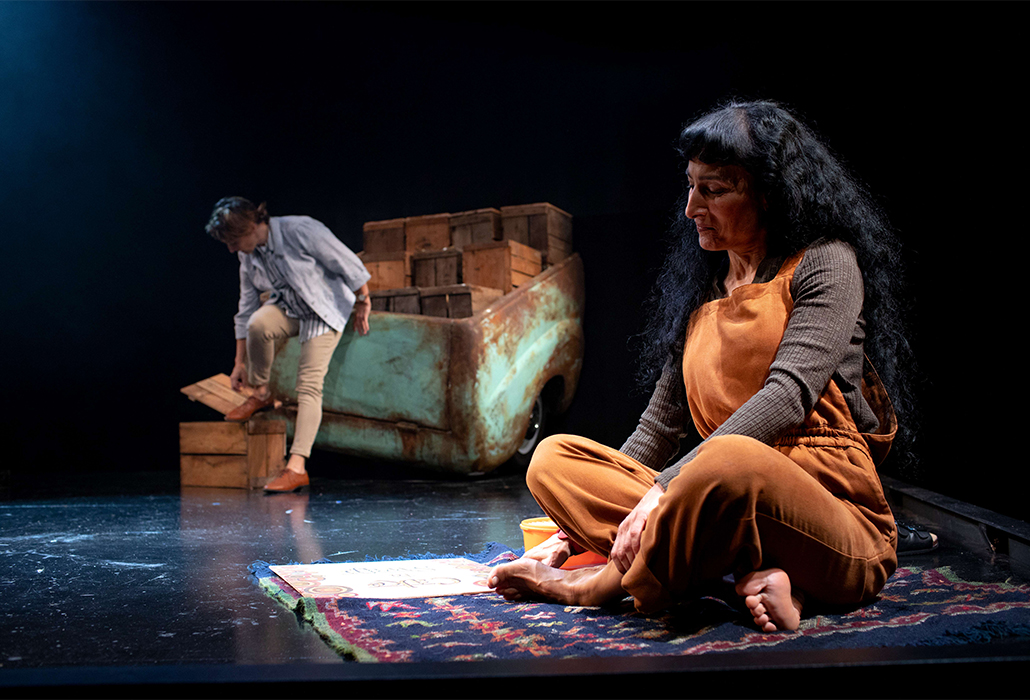 They evoked empathy and belief in the enduring quality of goodness. Their vulnerability invited the audience into their lives and hearts. The challenge of change and improving the position of women was explored by the cast with a reverential acknowledgement of the power of cooperation and community spirit.

This is theatre at its best, where all aspects were lovingly aligned to share what it’s like to be human.