Graham Norton, a deserving winner of the BAFTA for Entertainment Performance

The BAFTA (British Academy of Film and Television Arts) television awards were held in England overnight and there were a few surprises and plenty of smiling faces. There was a BAFTA award for the English Comedian and the Talk Show Host with the Midas touch, Graham Norton and, the power packed adaptation of the successful and chilling Danish TV Drama Series, The Killing. 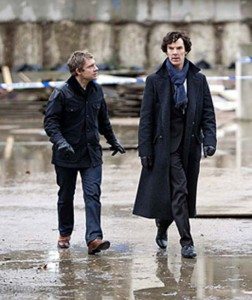 The biggest disappointment for fans of the period drama Downton Abbey was that it was beaten for best drama series by the acclaimed BBC series Sherlock. For the Sherlock fans it was a win they believed in.

Sherlock, from writers Mark Gatiss and Stevan Moffat (Dr Who) is a very clever modern adaptation of Scottish author Arthur Conan Doyle’s favourite sleuth and it won all hearts in 2010. Sherlock’s lead writers Moffat and Gatiss brought Sherlock Holmes and Dr Watson literally out of the soupy Victorian fog and into the clarity of modern day life. While Sherlock remains high Victorian drama, its protagonists employ the arts of twitter, texting and GPS tracking. Then there is clever 21st century oddities such as Sherlock wearing three patches when he is sorting out three pipe problems. And all of this while looking resplendent in a coat from the tailors of Savile Row. 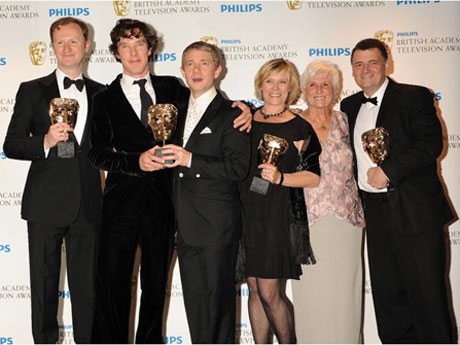 Sherlock - a winning team of writers and actors

Sherlock earned phenomenal first season viewer ratings ensuring its return in 2012. It’s stars, Benedict Cumberbatch as Sherlock and Martin Freeman as Dr Watson, were both nominated for individual awards, but it was only Freeman who took home the golden mask giving an excellent winner’s speech.

Cumberbatch has captured many fans with Sherlock. He came to attention in 2005 in the theatrical production of Henrik Ibsen’s Hedda Galber and then in the movie Amazing Grace playing the role of William Pitt the Younger. Physically too this seems like a role he was born to play as he so admirably fills the famous detective’s shoes.

Gatiss is also an accomplished actor and appears as Sherlock’s brother the enigmatic Mycroft Holmes, who has a mysterious government job or otherwise spends his time at the Diogenes Club where members take a vow of silence.

Detective Inspector Lestrade is subtly played by former punk rocker rebel Rupert Graves, who first grabbed attention as Freddy Honeychurch in the 1985 smash hit A Room with a View. There is also a plethora of great supporting actors, including Una Stubbs as Mrs Hudson.

Sherlock beat the expected winner, the much celebrated Edwardian Age series Downton Abbey, which starts on Channel 7 this Sunday in Australia. It is a series of fascinating stories of upstairs and down for the new generation and the new age. By coming second its quality, which is unsurpassed in such a series in England, is only further testimony to the award winning performances, writing and production teams for Sherlock. 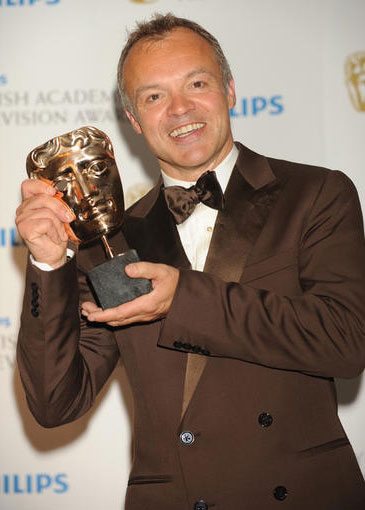 Graham Norton, style trendsetter with a lot to smile about

Graham Norton is a talk show host phenomenon in England.  At the Award ceremony he was a trendsetter, not a follower, in his fabulous brown dinner suit and bow tie. A picture of sartorial elegance he was also a popular host for the high rating show.

Norton has been on air now for some 13 years, evolving his Friday evening show as it goes along. In the last six months it has jumped enormously in ratings and fans as he is now attracting more and more of Hollywood royalty onto his red couch as well as performers. Last week Lady Gaga came to perform and talk to him, which was a rare treat. The secret of his success is that he asks the sort of questions of his trio or quartet of ‘celebrities’ each week that you would ask of anyone else. His breezy laid back style means they answer him with great honesty and hilarity bouncing off each other with great results. The interaction with the audience of 600 devoted fans just adds to the success of this high ranking show, which is on the ABC each week in Australia.

The Killing is quite another story and won the award for the BAFTA for the best International series. So one could reason it must be good. The original Danish version beat off such high rating cult followed shows as Madmen, Glee and Boardwalk Empire to win.

There is no light hearted entertainment here. It is drama at its most serious. A season-long murder mystery where the police investigation into the murder of a young woman plays out over 20 one hour episodes. 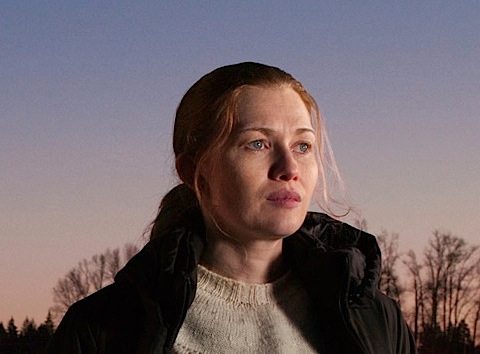 The Danish series was very successful in Europe and England, where it attracted more viewers than Mad Men and was described as the best series currently on TV.

The success created an interest in all things Danish and the Faroese jumper the woman detective wore became the subject of newspaper articles as well as a much sought after online item.

It was so good the Americans have made their own version of The Killing, which has also gained positive reviews receiving the second highest original series premiere ratings of all time.

The American version of 13 episodes, each chronicling one day in the investigation, is slow-burn storytelling full of suspects whose acting is strikingly good. It features Mireille Enos as Sarah Linden (Danish Sarah Lund) leading a cast bound up in enough intrigue to keep everyone guessing.

Television is certainly ramping up the quality and providing at home entertainment that is second to none.