Design history abounds in Darling St South Yarra from a colonial cottage to a terrace, to apartments and ‘flats’ from the turn of the 20th century to the contemporary age. The ‘block’ where I live and work has an inner atrium, straight out of the AD 79 design books from Pompeii. Currently my abode is a few doors from The Block Triple Threat, taking shape behind a cloud of red.

Local residents believe Vesuvius may be now erupting again here in Darling Street, because there is so much action going down. It has been recently revealed past contestants of The Block on Channel 9 namely Deanne and Darren Jolly, Matt Di Costa and Kim Owen and Bec and George Douros, considered to be ‘Block Royalty’ are now on site along with some newbies. They are all competing to win The Block Triple Threat, South Yarra, the season to be screened on Channel Nine in 2015. 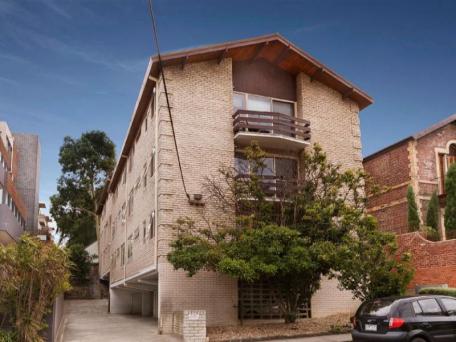 Sources say that each pair of powerhouse design performers are turning a tired block of 12 apartments into elite three storey elite residences. Originally configured as  9 x 2-bedroom apartments and 3 x 1-bedroom apartments, the whole ‘block’ sold earlier this year for $5.7 million.  There’s a great deal of work to do, including having to strata title each unit. Each week day and weekend tradesmen and women are coming and going as Aussie retailers like Mitre 10 help build The Block. Will do my best to keep The Culture Concept Circle followers and friends in the ‘loop’ – the Cam Van is constantly on Darling Street. Channel Nine’s television series The Block makes headlines for all sorts of reasons. People all over Australia plump for their fav ‘tradie’ preferences as they gain all sorts of tips and tricks for re-designing their homes for contemporary living and lifestyle. South Yarra in Melbourne is a great place and a ‘Darling suburb’ to live in and I speak from experience. Darling Street is certainly handy to everything, trendiest shops – fashion and otherwise, stylish cafes, Belvga Fish & Chippery, the six theatre Palace Cinema Como, Jam Factory and Royal Botanic Gardens. All the services you want are here too (except for a BBQ chicken shop – an opening for someone). http://youtu.be/88bi70wlsdA

The Australian Brandenburg Orchestra will present a program of music honouring Bach, providing a spirited spectacular start to 2014, their 25th anniversary year