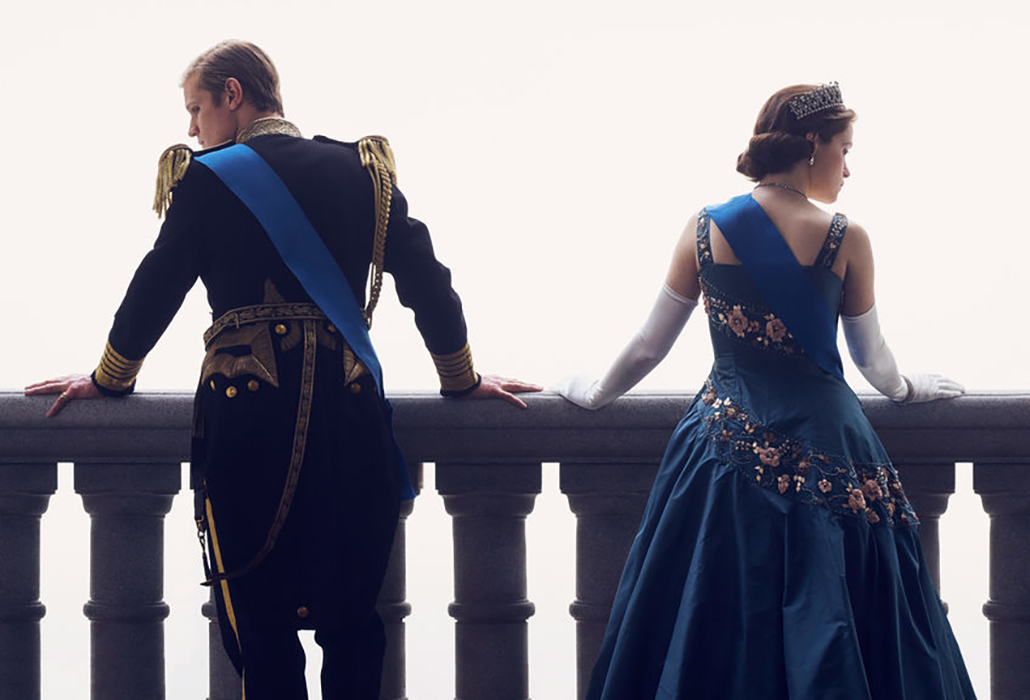 The Crown, Season 2 Episode 7: Matrimonium relates the historical and familial events surrounding The Crown of England and the relationship between Queen Elizabeth (Claire Foy), Prince Phillip, Duke of Edinburgh (Matt Smith) and the Queen’s sister Princess Margaret (Vanessa Kirby) as continues on its way of excellence in acting, scriptwriting, production and presentation, Episode 7 sees Princess Margaret receiving news of the impending marriage for the love of her life, Peter Townsend, who the British Government and her family forbade her to marry. She does not take the news well.

They had made a pact that if they could not ever marry each other then they would not marry anyone else. She feels betrayed. 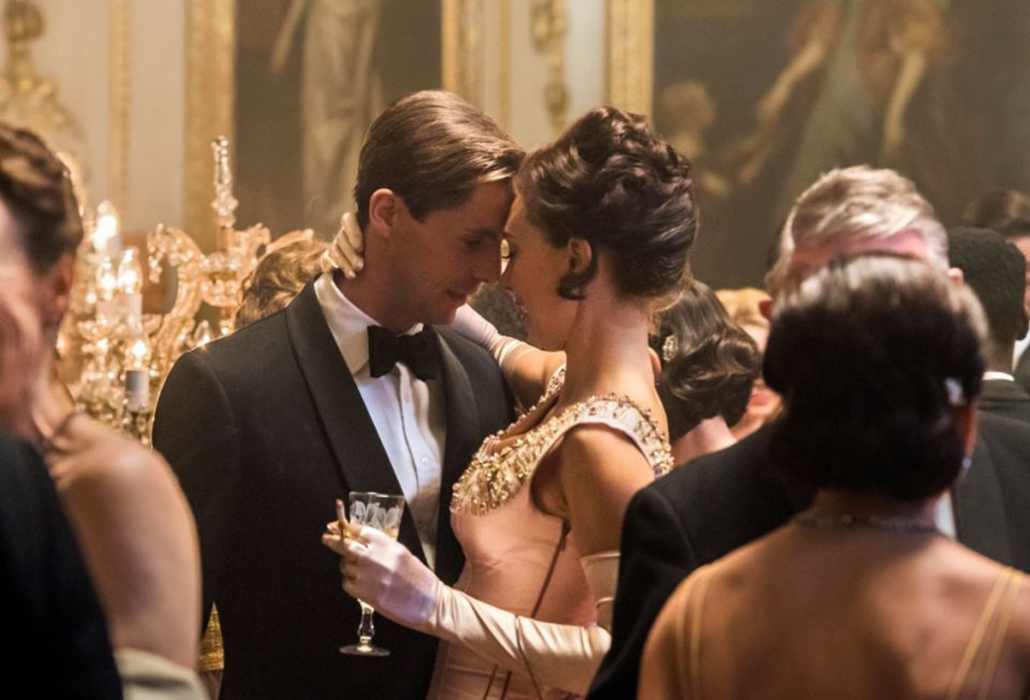 Princess Margaret goes to visit and seek some solace and empathy from the new man in her life, art and society photographer Antony Armstrong Jones (Matthew Goode). She doesn’t receive it.

He is setting up his exhibition opening that day and clearly has a low opinion of her former love, calling him a bore and reminding her she informed him that did not ever want a conventional marriage. 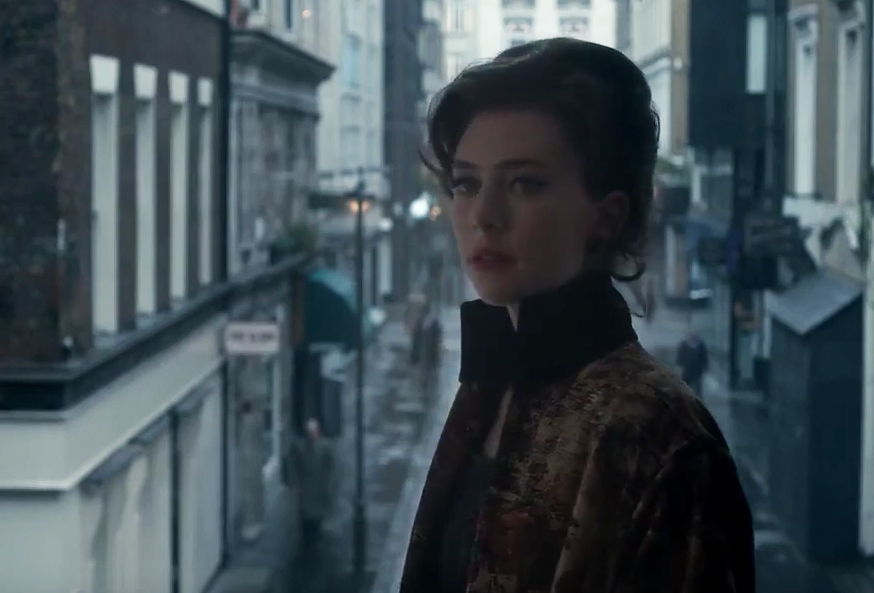 He feels marriage is quite the opposite of happiness and she is entirely peeved he won’t give her any sympathy. Angry, Margaret storms out not giving his exhibition the profile the press had eagerly hoped for.

Antony Armstrong-Jones’s lifestyle, which we come to know about during the course of this episode, consisted of him having sex as it suits him, with his models who eagerly pose for his famous photographs and both men and women of his acquaintance.

He has lunch with his mother, who abandoned him as a child in favour of children of her second marriage. He boastingly tells her how he has turned Princess Margaret down. Are you mad? She comments.

Later he decides to change his mind. He does after all find Margaret’s quick temper and submissive demeanour very appealing. He turns up on his motorbike to pick her up as she’s leaving on another engagement. Bemused, she defies convention and hops onto the back, her car following her as he races her across London to his flat.

He gives her a present, a box of film, with the photograph he took of her when the first met, torn to shreds, with at the bottom of the pile a small tin containing a box, that contains yet another box, a ring box. 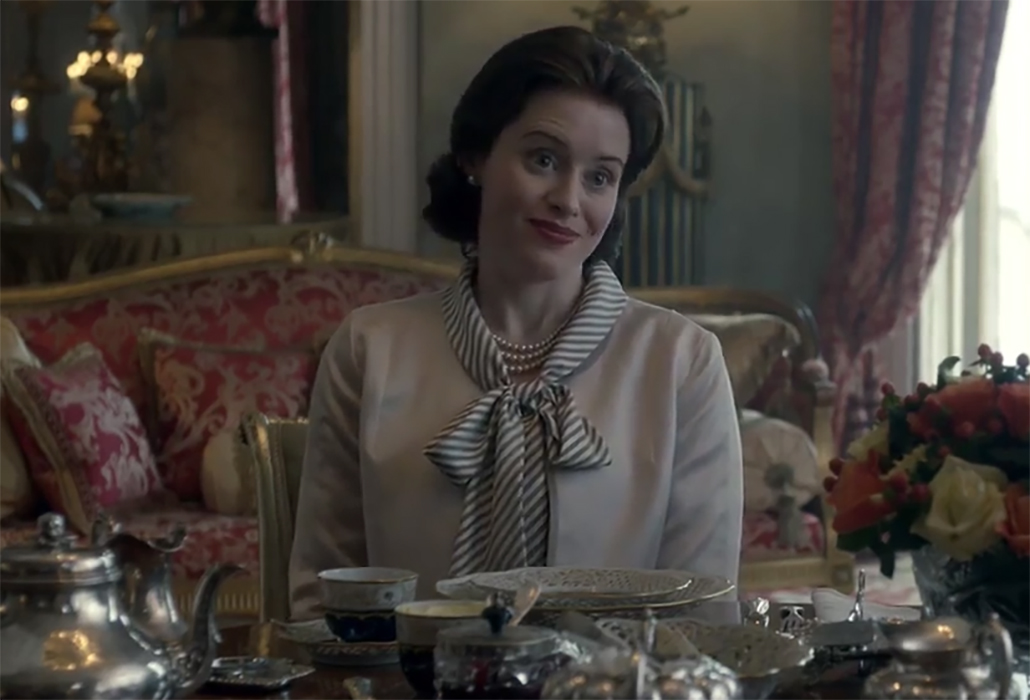 She goes to tell the Queen, demanding assurance and hesitatingly she give her permission. Margaret tells her sister about how Peter Townsend is about to announce his engagement and asks hers comes first. The Queen can see how deeply hurt she is as she storms out.

He phones his mother to tell her the news … a servant informing him that he will see if her ‘ladyship’ is available… and she sends a message for him to call back. How humiliating.

What terrible lives these people lead and how unkind they are to each other. 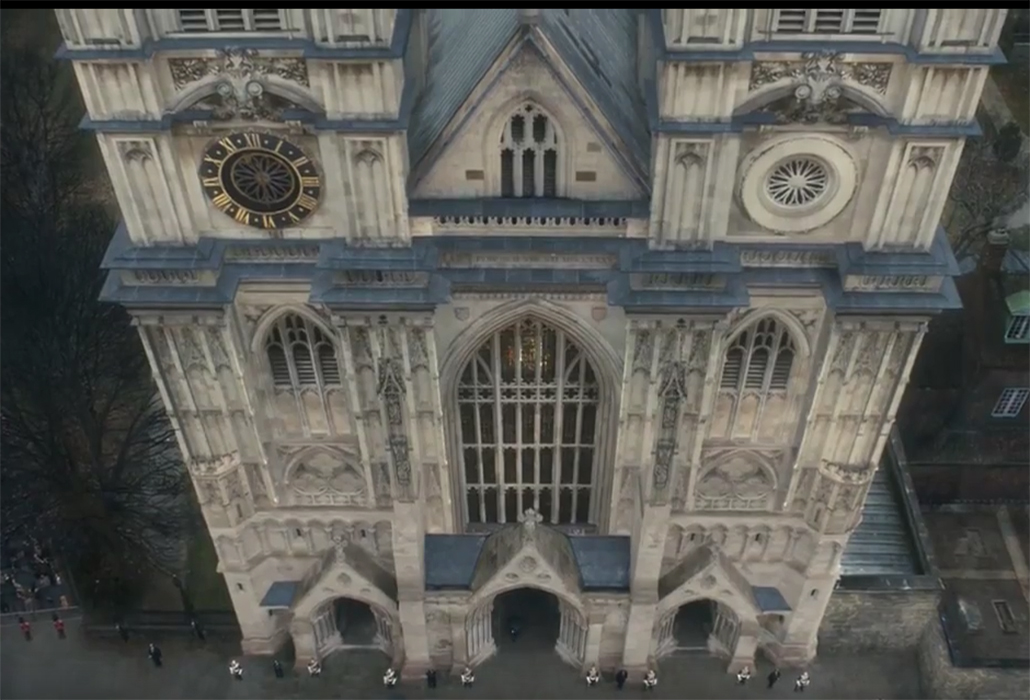 Margaret and Tony plot together to marry at The Abbey, seeking a combination of tradition and the new world they believe they represent one where life is led as if it’s always a party.

Michael Adeane (Will Keen) the Queen’s secretary arrives, and she informs him her sister is to marry, Mr Armstrong-Jones. He sees one slight problem, the fact the Queen is pregnant.

Traditionally, there can be no other announcement until her baby is born. So the Queen falls back on tradition because she wants to see if her sister will heal first and show if she is determined to marry Mr Antony Armstrong-Jones. 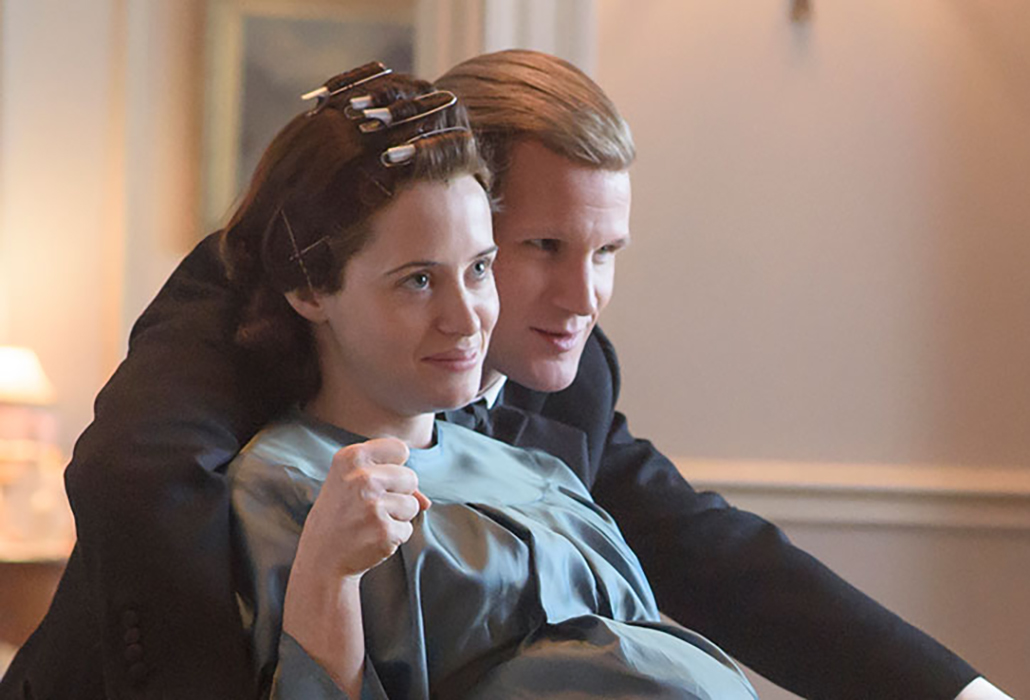 The Queen and Phillip enjoy a quiet moment together and discuss her pregnancy. She’s tired all the time with this baby. She has promised Margaret they will throw a party at the palace, inviting her and Antony’s friends.

She tells Margaret she must however delay both the announcement and her impending marriage until her baby is born and her sister storms off in a furious rage.

Phillip is also furious Elizabeth has given permission for her sister to marry such a man as this ‘photographer’ not fully perhaps appreciating how hurtful it is for the Queen to keep denying Margaret the happiness she is seeking.

At the party the Queen’s certainly not happy to see some of her sister’s new friends mocking her staff and their family portraits on the wall. During the party one of Tony’s lovers also tells him she is pregnant and the Queen can’t help but notice the friction between them.

Ever intuitive, she calls Michael Adeane over and tells him she thinks it would be best if there were secrets surrounding Mr Jones and his louche lifestyle she would prefer to know them before he becomes an integral part of her family.

He sends for her former Secretary Tommy Lascelles (Pip Torrens). Together they report back discreetly on the way Mr Jones lives his life. 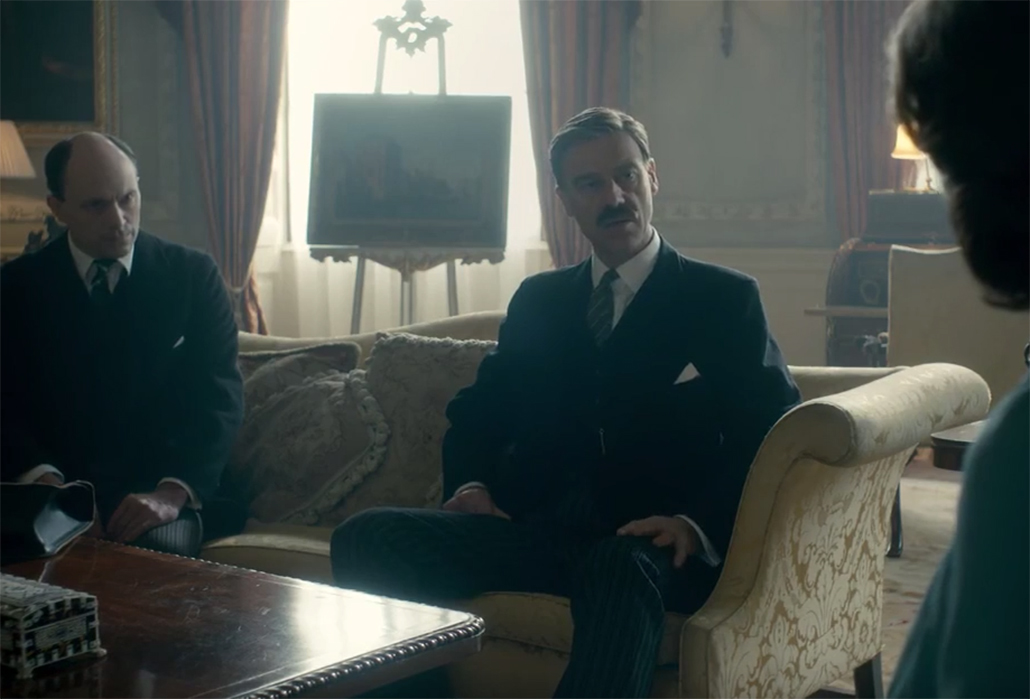 It seems that what makes his work successful is his appetites notes Tommy who qualifies that they offer the information without judgment.

The Christian path is certainly not too his taste. ‘To the best of our knowledge while with your sister currently he is also running three other intimate relationships with Miss Jackie Chan, with Gina Ward and with Miss Robin Banks his former assistant’ he reports.  These are just the natural ones. 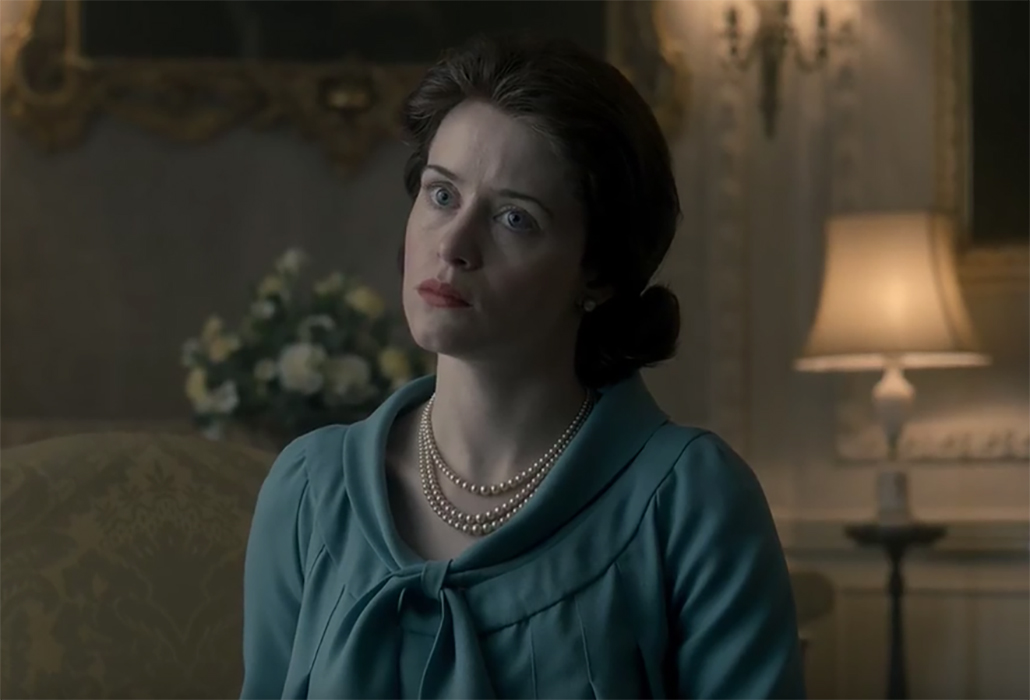 There is also good reason for us to believe he conducts liaisons with men and notably one with one man and his wife in particular.  She asks to see a photograph of the lady in question and recognises her as the girl at the party she observed having an in-depth somewhat upsetting conversation with Tony.

The Queen gets up, walks to the window and bursts into tears.

Dispirited she takes to her bed and the Doctors are called. They administer a sedative so she can sleep while they deliver her baby, Prince Andrew. 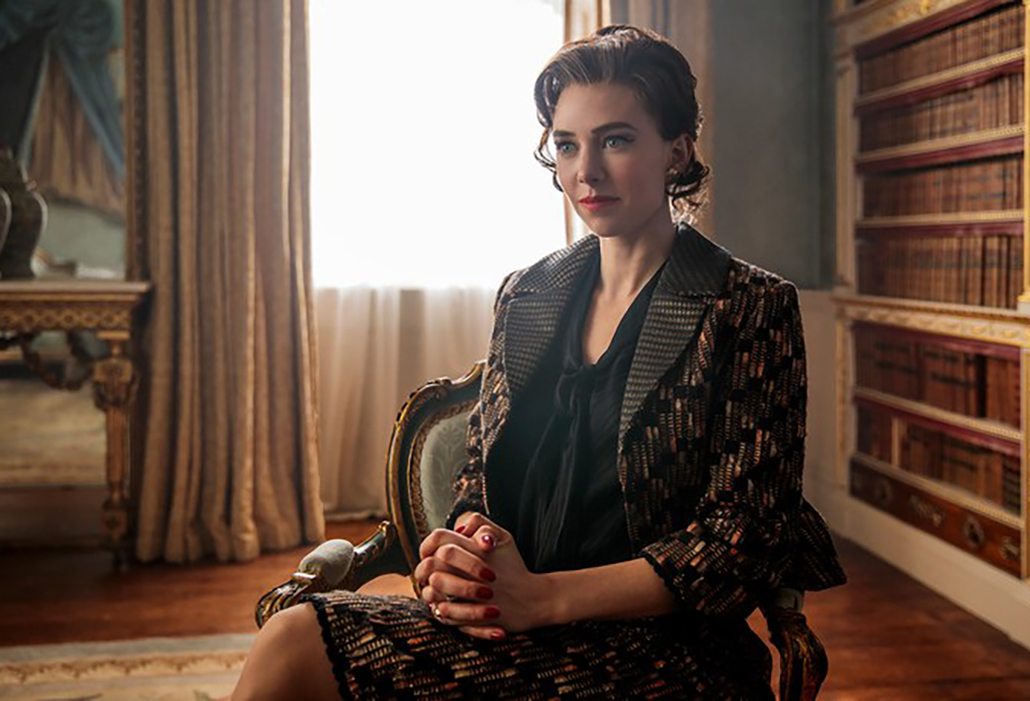 Margaret comes to see her to offer her congratulations on the birth of Prince Andrew. She asks her to announce the engagement. ‘Very well’ she says. ‘But before you rush up the aisle are you sure Tony is the right man for you … don’t commit to someone you don’t love’.

She goes onto say ‘He has a complicated past and present’ and Margaret responds ‘Is it something you know for if there is tell me now… I will be a woman free to live, love or break away’ as I see fit. 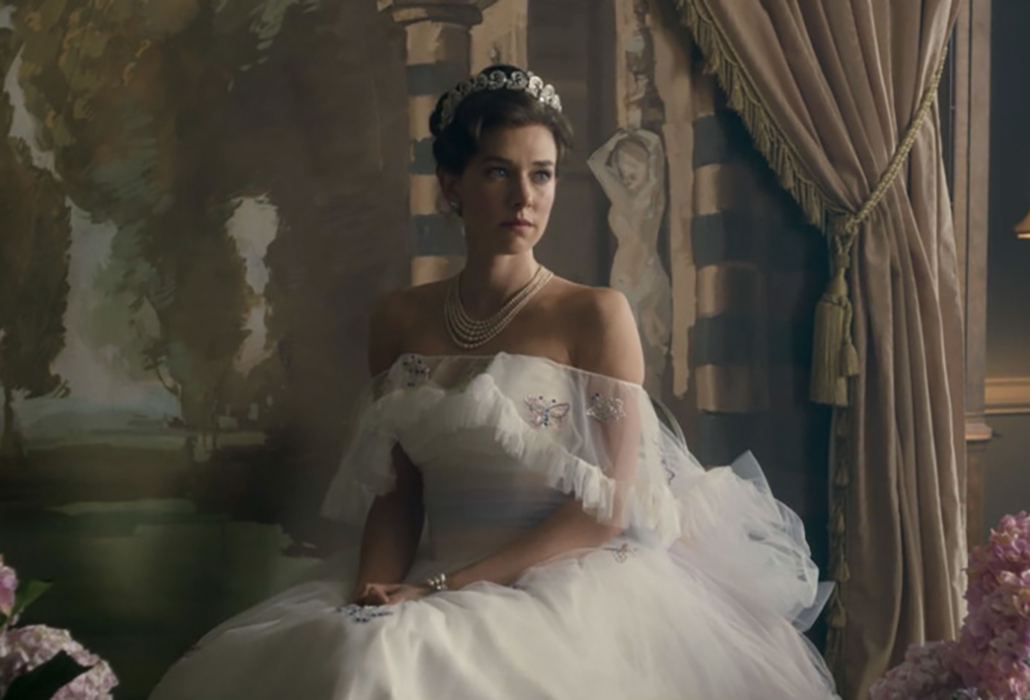 You’re not breaking away’ notes the Queen…’ you won’t give up all your privileges, your title and all the deference. That’s the difference between you and me. You like all the glamour and pageantry far too much’. 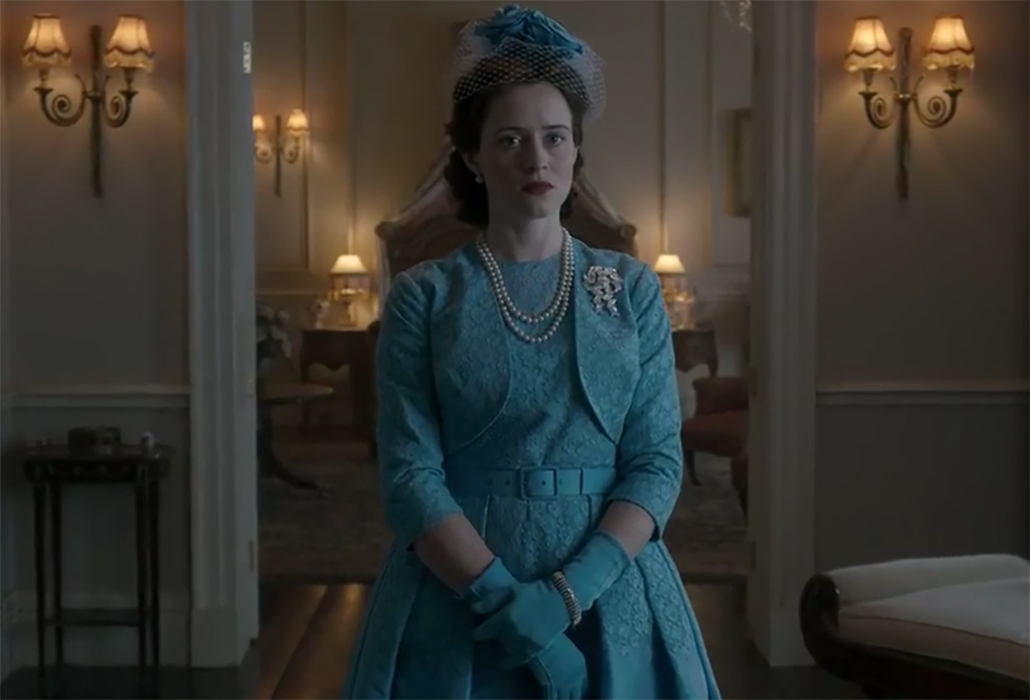 The Queen has her sister’s measure, but again gives in not wanting to hurt her any more, and fails to tell her what she knows. 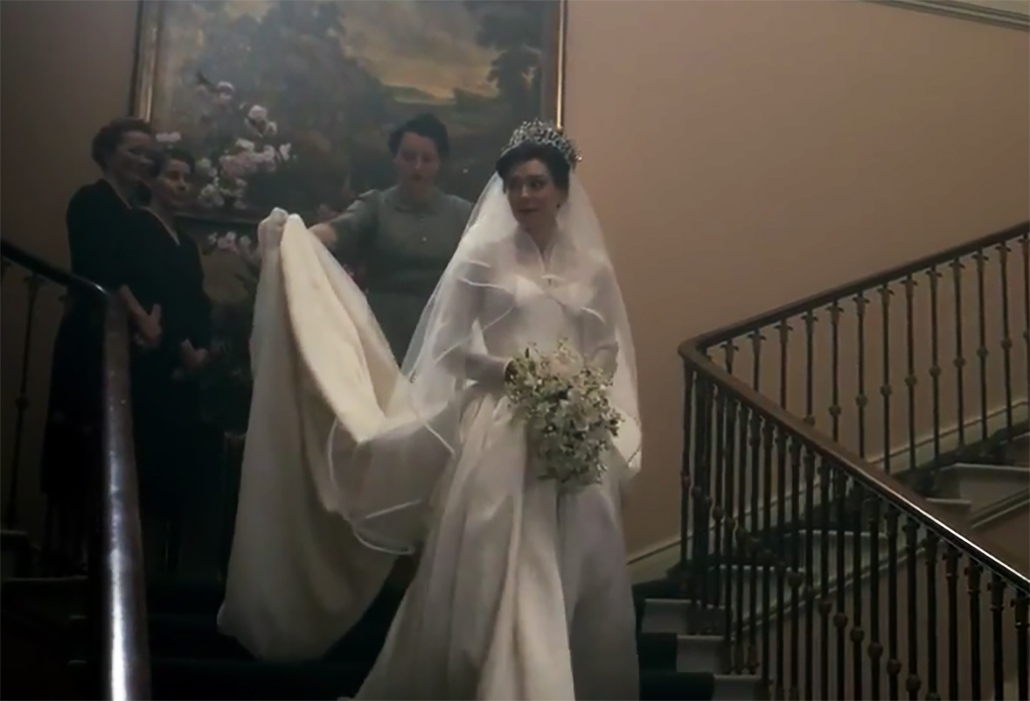 The big day dawns and all the family are getting ready for the wedding, as everyone wants to see Margaret happy. Prince Phillip is to give his sister-in-law away. 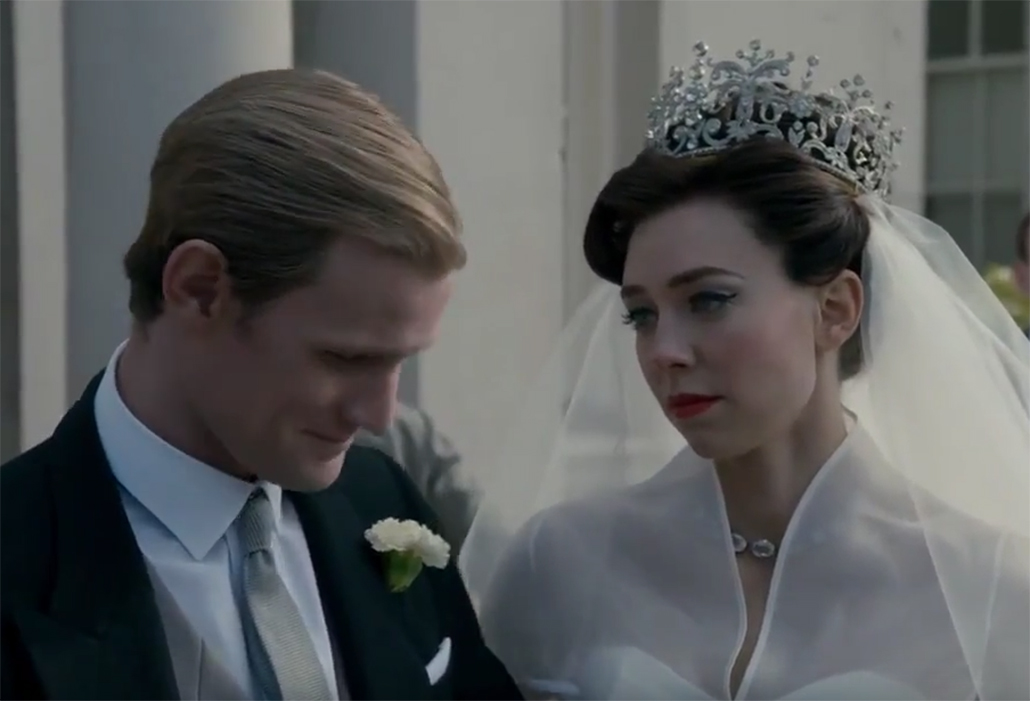 He endears himself to her when he says ‘…your father would have been proud’ and they leave in a coach and four for The Abbey. 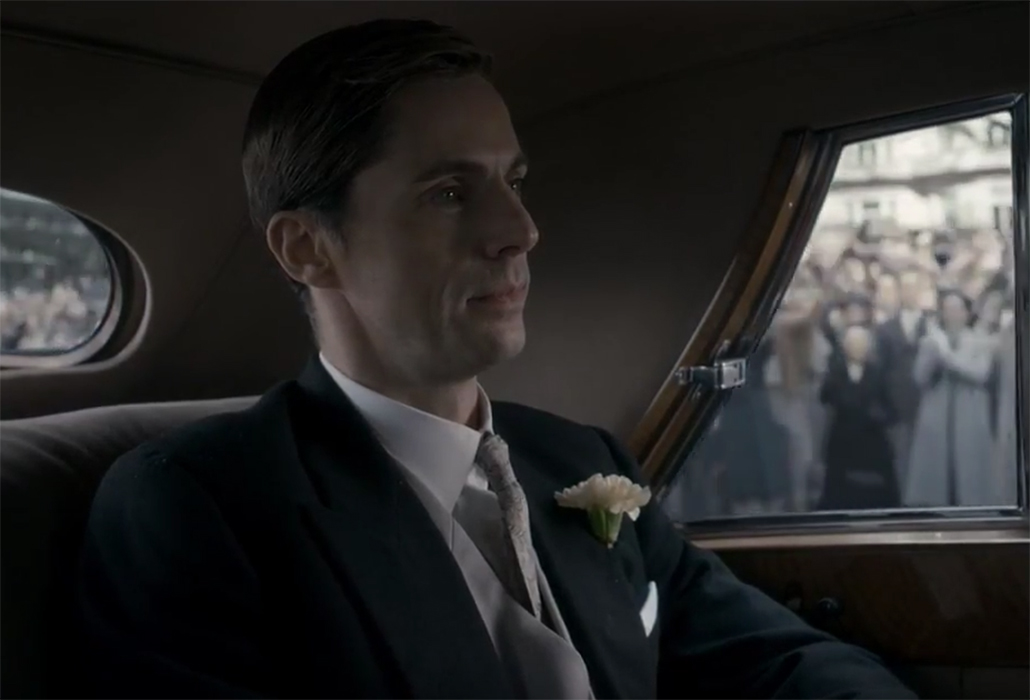 Tony Armstrong Jones is travelling to the wedding with his mother who comments in the car, ‘… she hopes he hasn’t done all this for her; he’s hoping at some point in his life that just maybe she will tell him she loves him. 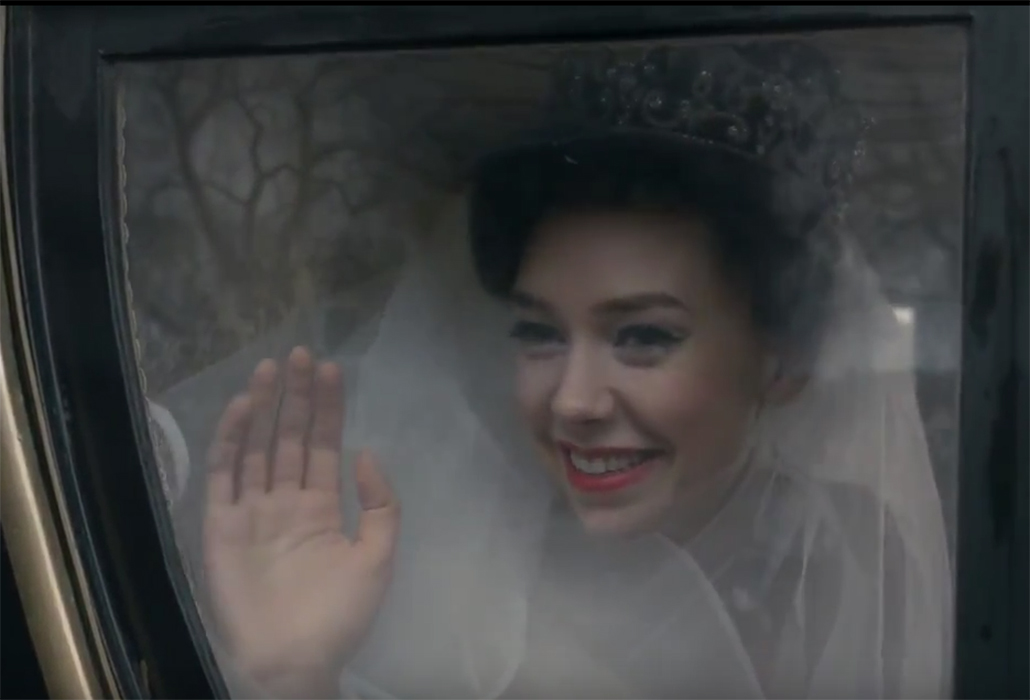 It can only be hoped he and Margaret find some happiness in the years ahead. Perhaps its only an illusion of an idyll after all?

Expat Australian musicians who are friends in London are among those honouring the works and 50th annniversary of esteemed Melbourne born Australian composer and pianist George Percy Grainger 1882 – 1961. They are all participating in The Grainger Festival, a four-day event at Kings Place, reports brilliant young Dalby born pianist Jayson Gillham from London.