With an intrinsic love of fashion, I have found myself marvelling at designs.

Swooning at the cut of a pant, cooing at a cuff and sighing with delight from the touch of exquisite fabrics, so much so that sometimes I have to remember where I am.

Shedding tears of sartorial joy in the middle of a department store can be a little odd to to folk who don’t have the same commitment. But this is who I am, and I simply won’t apologise!

Why, just the other day I was floating through the designer section at David Jones Elizabeth Street store, having a “fashion moment”, wishing I had a black Amex card and a chauffeur to carry all my new delights.

Walter Mitty, eat your heart out!

It got me thinking, who influences today’s designers? Fashion is forever evolving and revolving, the mood board is a creatives best friend.

Apart from art, street style and the odd esoteric nod, where do modern designers find inspiration? Over for the next four weeks I’ll be delving into the past, in what I would like to call “The Designer Files”.

These are classic designers I feel have left their mark on modern fashion and it’s creators.

I will be looking at Vionnet, Lanvin, Givenchy and, to start, Balenciaga.

You may ask “what about Chanel?” or “how can you leave out Dior?”

And yes, I agree there are many that I could have chosen. For me, these four pioneered amazing cuts and very modern looks for their time, and we see their influences in many of todays labels.

I also wanted to talk about lesser known stars of the couture world. So settle back and enjoy the designer files…

The year was 1916, and twenty one year old Cristobal Balenciaga opened a dressmaking and tailoring shop in San Sebastian.

Having been born in 1895 in Getaria, a small coastal town in Spain’s Basque region, where now there is a museum dedicated to the talents of the man, he decides the larger town of San Sebastian was the place to showcase his talents. Talents that emerged at a very young age.

By the tender age of fourteen Balenciaga was able to copy couturier garments, having decided to train as a tailor. Word of his ability spread fast, and by 1930 he soon became known as one of Spain’s leading couturiers. Display of Balenciaga costume from the archives revealed the influence of Spanish regional costume when it was at the de Young Museum, San Francisco, 2011. 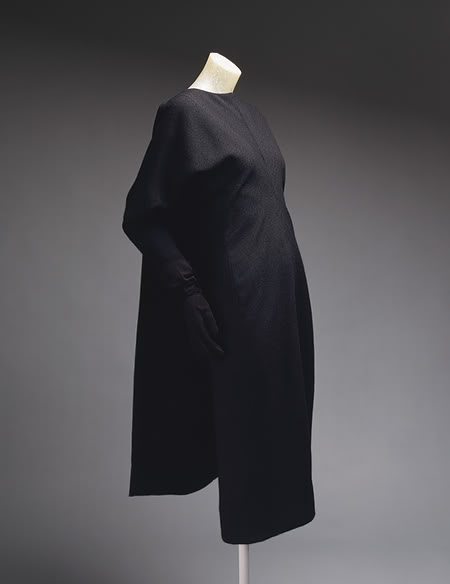 Moving to Paris in 1937, he honed his craft and soon became know for his restrained style. Not one for following trends, Balenciaga preferred clean lines, and in the beginning rather sombre hues.

He charged the highest prices in Paris, but in doing so collected a loyal following.

He loved block colour and showing off, arguably the two most sensual parts of a womans’ body, the neck and the wrists.

The shortened “bracelet” length sleeve allowed his clients to exhibit their collection of jewels, of which many I imagine, had a vast array.

Collars that stood away from the collarbone gave the wearer a swanlike demeanour, a natural elegance.

In 1957, his cutting edge design famously know as the “sack” dress became a huge hit.

Extremely different to anything he had done before, it was considered to be universally flattering even though it was a shapeless piece.  It was about the fabric, and Cristobal Balenciaga had a wonderful eye.

This is what I believe made this design work so well and why women loved all his clothes, it was all about their proportion, shape, beauty and style. 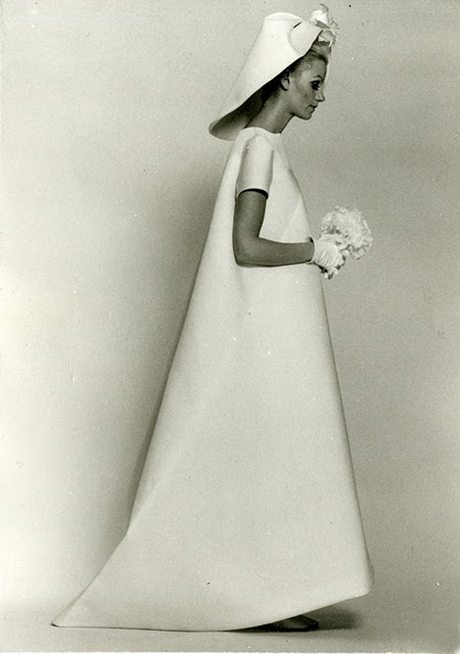 By the late fifties he was using wools dyed in bright yellow and pink, but always with that super clean silhouette, which became his trademark.

Balenciaga’s dramatic wedding dress of white silk-satin and silk gazar, produced for his summer collection in 1968 was marvellously austere in its simplicity.

Meticulously crafted it employed a few carefully placed seams that ran along the bias.

The headpiece echoed the stringent lines of a nun’s stiff veil and reflected the ever present influence of the church on Cristobel Balenciaga who left this world in 1972.

So do think about that sack dress you have in your wardrobe, the 3/4 length sleeve top and the full jacket with a dolman sleeve.

These were all greatly influenced by the genius of Cristobal Balenciaga (1895-1972).

As his epitaph states “Women did not have to be perfect or even beautiful to wear his clothes. His clothes made them beautiful.”

Isn’t that what fashion should be about?

The Costume Institute at The Metropolitan Museum of Art in New York has a significant collection of his work.