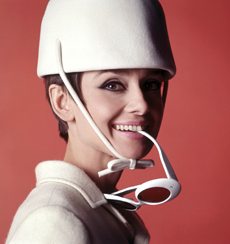 Week three of the Designer Files sees one of the most talented couturiers in the spotlight.

You may not be familiar with the name, but you will most certainly know the clothes!

To quote the divine Audrey Hepburn, who was his friend and muse for more than 40 years, “His are the only clothes in which I am myself. He is far more than a couturier, he is a creator of personality.” Theirs was a match made in heaven, and it is he who helped define her classic, gamine style.

You could imagine his surprise when Audrey, not Katherine Hepburn, whom he was expecting, turned up to discuss costumes for the 1953 hit movie “Sabrina”.

His career could have taken quite a different turn!

This was the start of a beautiful friendship, and collaboration both on and off screen.

But where did it all begin?

Well on the 21st of February 1927 Hubert James Taffin de Givenchy was born in Beauvais, France.

Having aristocratic roots on his fathers side, and creativity on his mothers, Givenchy was in a perfect position, he had an insight into what women wanted and the connections to get him noticed.

At 17 Givenchy travelled to Paris and studied art at the École Nationale Supérieure des Beaux-Arts. Deciding to go into the world of fashion, he became apprenticed to Jacques Fath from 1945 to 1949.

He then went on to work for the inimitable Elsa Schiaparelli, after which he opened his own business in 1952.

He became a hit immediately; his name becoming synonymous with Parisian chic.

It is around this time after he meets Audrey, that I dare say, the stage is set for greatness. What many may not know is that Edith Head won the Oscar for Best Costume Design for “Sabrina” in 1954.

What is also quite interesting is that most of Ms Hepburns’ gowns were designed by Givenchy.

She refused to share the credit, and I imagine Monsiuer Givenchy was too much of a gentleman to make a scene.

Really, all that matters is that the world was introduced to his extraordinary style and his brilliant eye.

Funny Face is one of my favourite classic movies, and I hazard a guess that anyone who has seen it will never forget the scene set in the Louvre in Paris.

Audrey is an absolute vision in red chiffon, standing in front of “Winged Victory” the 2nd century BC marble statue of the Greek Goddess Nike.

“Take the picture” cries her character Jo, to photographer Dick, played by the fabulous Fred Astaire.

She seems to take flight as she glides down the stairs, the fabric and design flawlessly mimicking the lines of this superb sculpture. He snaps away and captures a moment in time, too divine for words! And how can I not mention Breakfast at Tiffany’s.

Every dress was better than the previous!

From the opening scene in the fabulous floor length black gown accessorised impeccably with thick ropes of pearls, a pastry and coffee. From then on we are hooked!

A personal favourite is the gorgeous lipstick pink party dress wore with a divine tiara.

It reveals Holly’s lighter side and it’s perhaps a nod to Givenchy’s time with Schiaparelli.

I have to stop here and mention his time with Balenciaga.

They met in 1953 and had a very similar aesthetic.

In fact it was Balenciaga that gave him the opportunity to meet Audrey Hepburn.

He was a genius with separates, creating bodices that could be paired with pants, and full or pencil skirts.

In fact this look of cigarette pants, crop top and sash could have been worn by the new Mrs George Clooney, Amal Almuddin.

In 1957, pre dating the 1960’s mini skirt, he encouraged women to flash a bit of leg and so he started a look that would be embraced by girls around the world.

1973 saw Givenchy branch out and create his first menswear collection,

Gentleman Givenchy, which is still being interpreted today, as is the Givenchy line by Italian designer Riccardo Tisci.

He was appointed creative director of Haute Couture in 2005, and in 2008 as the menswear and accessories designer. Big shoes to fill, but he seems to be managing quite nicely.

And in another quite interesting twist, Tisci has collaborated with Nike, whose name is taken from the very statue Audrey posed with, for a range of Air Force 1 trainers.

Hubert de Givenchy sold his company to Louis Vuitton Moet Hennessy in 1988, and put down his sketch pad in 1995, when he officially retired. A true gentleman of couture, his legacy lives on, and his eye for greatness is forever preserved in celluloid. 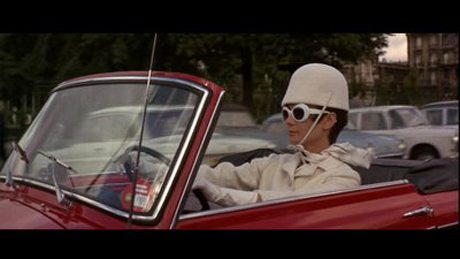 With all this talk of classic movies it is making me quite nostalgic!

I think I’ll have to have a Givenchy/Hepburn film festival very soon.

Painted in 1762 by horse specialist George Stubbs, Charles Watson-Wentworth the 2nd Marquess of Rockingham’s racehorse Whistlejacket has been described as ‘a paradigm of the flawless beauty of an Arabian thoroughbred’. Stubbs was dedicated to expanding knowledge of equine physiology. He studied at York producing his landmark publication The Anatomy…