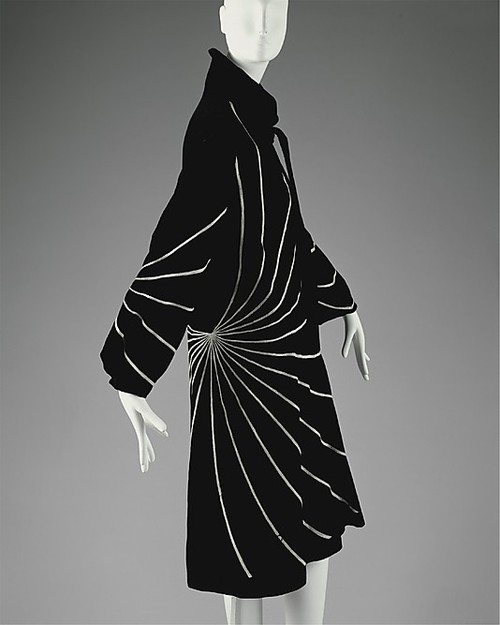 I was recently asked “why choose these four in the designer files?”.

As I said last week, I wanted to showcase a few of the lesser known creatives, but it made me think a little deeper into my choices.

My decision to wax lyrical about Lanvin this week definitely has history for me. As an adult I have always admired images of the fabulous clothes she designed, many of which are now in the fabulous costume collection at The Metropolitan Museum of Art in New York. This stunning evening coat is cotton and wool, made for the spring summer collection of 1927.

We all have favourite childhood memories, some resonate more than others.

One that fills my heart with joy is that of my parents going out somewhere special, and me staying at home being looked after.

Why would that be so special you may ask? The answer is crystal clear. Sitting on the bed watching my mother getting ready! I think all little girls love this, just like playing dress ups!

Age is a funny thing, and it’s only now I am older that I realize how young she was, how beautiful and she smelt divine!

Of course I thought she was like a princess then, but now I look back and she would have been in her early 30’s, a time when many women are truly at their most lovely. She was, and still is lovely! Anyway, what’s all this got to do with Lanvin I can hear you ask?

Well Arpege by Lanvin was, and still is her signature scent.

My mother loved it when, for her birthday she would receive a bottle from my father, always eau de parfum, never eau de toilette. 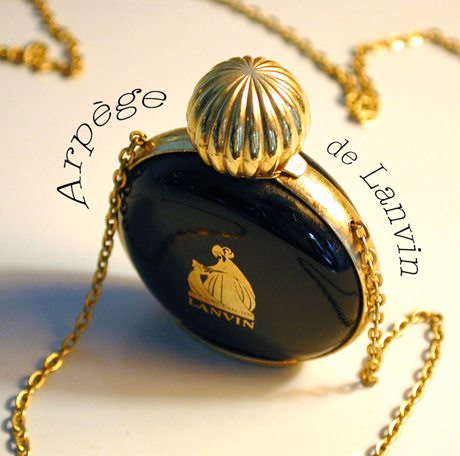 Even as I write this, it’s bouquet is all around me, making me smile.

Designer Jeanne-Marie Lanvin (1867-1946) created this scent in 1927, after she was inspired by the sound of her daughter practicing her scales on the piano.

Arpege is the French word for arpeggio meaning notes of a chord played or sung in quick succession. Always loved the artwork of Arpege.

I only recently discovered that it is a portrait by Paul Iribe of Jeanne Lanvin and her daughter Marguerite.

The coincidence is not lost on me.

How delightful to think that the very memory that brings me such joy has it’s beginnings in the very same thought; a mother and daughter enjoying a moment in time.

So yes Lanvin will always hold a special place in my heart, and not just for the scent, but for all its emotional attachments.

I do love the design, and Jeanne Lanvin born in Brittany, France in 1867, was brilliant.

She began her career as an apprentice milliner when she was 16, while turning her hand to dressmaking.

She married in 1895 to Count Emilio di Pietro and the birth of her daughter Margaret in 1897 further inspired her desire to create.

Designing clothes for her younger sister, and her daughter got her noticed and soon her looks were in demand.

According to the Lanvin history she opened her shop in 1890 (some sources say 1889) on the corner of 22 Rue du FAubourg Saint-Honoreé.

She set up her own couture house in 1909 and Jeanne’s love of the orient showed in her dresses, with the stunning Eastern style silks, velvets and satins that she loved to use.

She collected antique textiles and she used them as references in her intricate beading and patterns.

Lanvin employed two in-house ateliers, one for beading and the other for embroidery, such was her love of the craft. She pre-empted the simple shapes of the 1920’s, creating an uncomplicated chemise dress at the beginning of WW1. 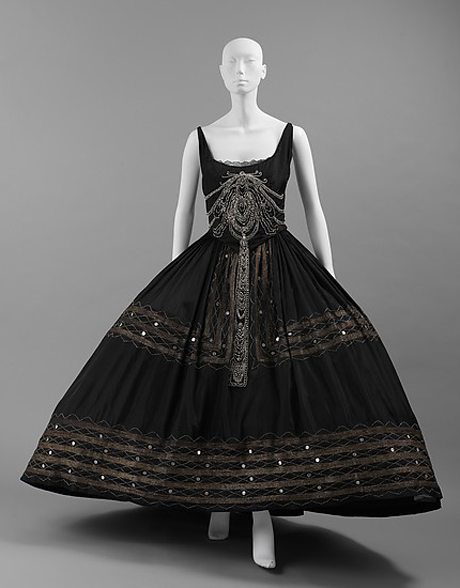 This was followed by a spirited collection with Aztec influences.

Her signature garment was a take on the crinoline, showing her romantic aesthetic.

A great lover and collector of art, it is reflected in her sketches, which are to die for, such a delicate hand.

And don’t get me started on the detail, simply superb.

If I had the chance I would fill a whole wall with them.

She dressed a woman for all seasons and all situations.

Not only did she create an empire selling womenswear, she included menswear and childrenswear, perfume, furs, lingerie and wonderful objects for the home.

Jeanne was a true innovator.

Just think, this is what many designers do today create an empire, she was streets ahead with this concept.

These days the House of Lanvin is under the watchful eye of Alber Elbaz, one of my personal favourites.

I think he fits beautifully with Lanvin. Just look at his use of these divine fabrics, which have all the texture and detail that Madame Lanvin herself loved so much. The richness of colour and simplicity of line, and in his use of intricate beading and sumptuous jewels, he creates a wonderful homage to an incredibly talented woman. His sketches are whimsical and childlike at times, something that I imagine would have amused Jeanne Lanvin herself no end.

And so back to art. It was for my birthday I was given an original art deco print of the Arpege artwork, featuring the aforementioned mother and daughter.

I’m sure you can imagine the grin on my face and the warmth in my heart when I unwrapped it.

And the special thing, my brother-in-law and his lovely wife that gave me this divine present had no idea of the past connection in my life.

Some things are just meant to be.