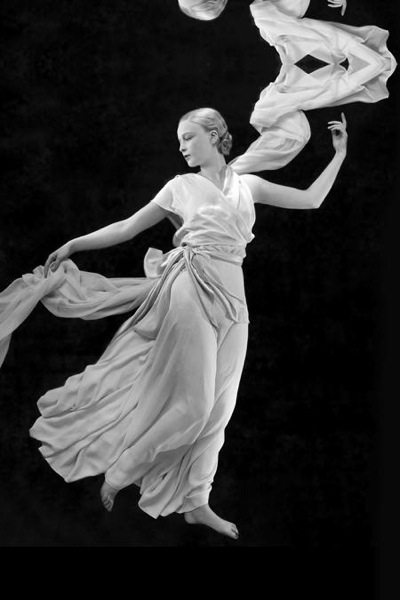 In this, the final week of the designer files, I am going to introduce you to possibly the least known couturier in our group, Madeleine Vionnet (1876-1975).

When I first set about choosing couturiers for this series, I came across so many talented names.

Upon starting to research them, I soon whittled my list down to this exclusive quartet.

While Lanvin was such an obvious pick, holding such personal memories, Givenchy for his celluloid couture, Balenciaga for marching to the beat of his own drum, Vionnet held a different interest.

Arguably, no other designer has rivalled her technical contribution to the fashion world.

She did not invent the “bias cut”, that was the vision of Charles Frederick Worth, but she sure put her own stamp on it!

Madeleine Vionnet was born in Aubervilliers, France in 1876, and at the tender age of eleven became an apprentice seamstress in the Parisian suburbs. In 1900 after a stint with an English dressmaker, she returned to Paris. 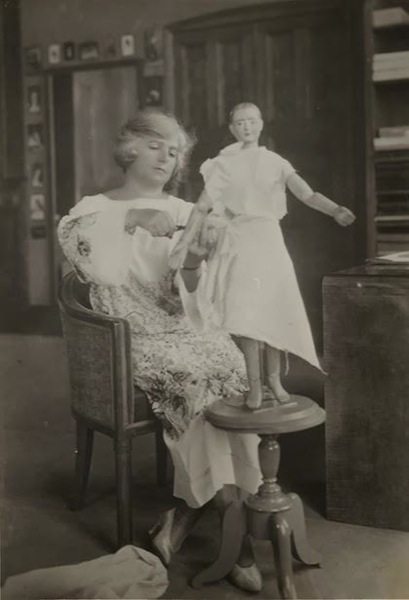 There she  joined the highly successful team at Callot Soeurs, a couture house founded by four sisters that specialised in elaborate day dresses, which were often covered in tiers of beading and lace.

You can see the influence in Vionnet’s later designs harking from this period.

Opening her own house in 1912 after working with the famed Jacques Doucet, one of the best known couturiers of the late 19th and early 20th centuries, Madeleine became the duchess of drape and the princess of pleating.

Inspired by ancient Greek art forms, she would drape fabric on scaled down, articulated wooden mannequins, much like a rather large doll.

This, I imagine gave her the control to interpret her vision.

Playing with fabric, seeing how far her imagination could go, it must have been a joy to see her ideas come to fruition.

The cowl neck, halter top and handkerchief dress were her ideas, and ones still very fashionable today.

Who hasn’t had one of these pieces in their wardrobe from one time to another?

She was greatly influenced by dancer Isadora Duncan, who loved to perform her routines in flowing robes and barefoot, rather like a Greek goddess.

Vionnet adored showing off a woman’s natural shape and has been described as an “architect among dressmakers”. Her trick was to order her fabrics two yards wider than the usual to accommodate her draping. In 1927 she opened a school in-house, to teach students how to create clothing cut on the bias.

Her influence can be felt today, in designs by such creatives as Issey Miyake, Marchesa, Azzedine Alaia and ’70’s supremo Ossie Clark.

Deceptively, some of her pieces looked rather boring and shapeless on the hanger.

Once adorning the body, they would spring to life, rather like her muse Isadora.

She was not a huge fan of using colour, but more of a fan of texture, as you can see in these stunning beaded numbers.

Any of her dresses would be perfect on the red carpet today, simply sublime!

Not only was she artistic, she was savvy.

She would copyright her designs, and she championed fair working conditions for her staff. A true forward thinker and innovator.

Which leads us to the label today.

In January 2014, Hussein Chalayan took over the reins of the demi-couture line and we have seen Vionnet on the red carpet once again.

The British/Turkish Cypriot seems to have embraced the fluid and sensual shapes favoured by the labels name sake. 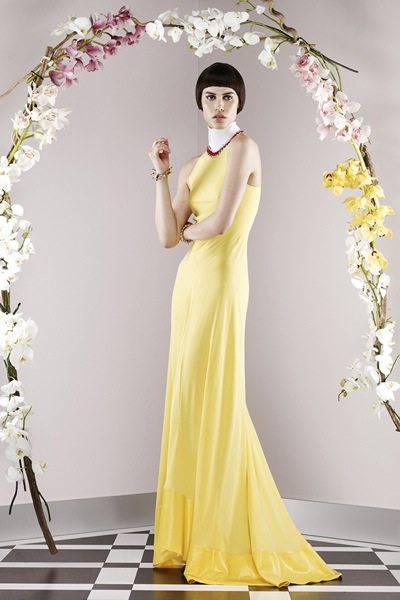 Just like this gorgeous yellow gown, hugging every curve.

For any designer stepping into the role at an established house such as this, it must be altogether daunting and the most exciting experience of ones life.

Only time will tell if this house will see the acclaim reached in the hands of Madame Vionnet.

She was a true pioneer in restrained beauty, a visionary of her time.

She said “When a woman smiles, then her dress should smile too.”

I imagine wearing one of her pieces, I would never lose my grin!

Over a 40 year period artist Robert MACPHERSON has presented works that appeal to a broad cross section of people, challenged both intellectually and culturally