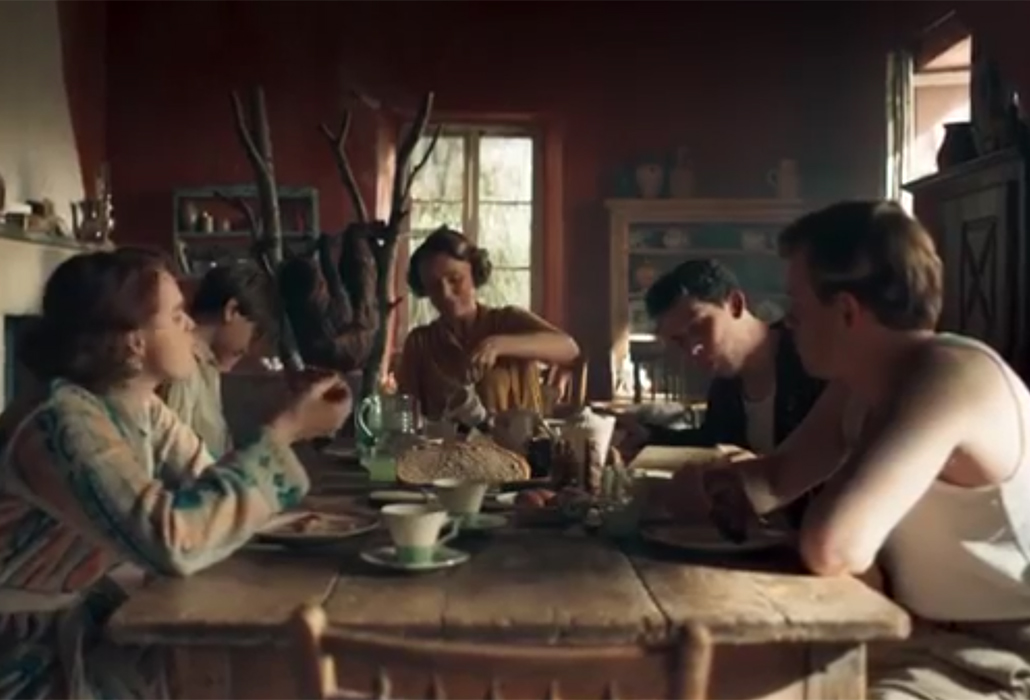 The successful iTV Television Series about an English family, The Durrells is back on that ‘gosh it’s gorgeous here’ Greek island of Corfu. They are still living in their now very faded ‘aesthetically fabulous’ villa overlooking the pristine ice blue waters of the Ionian Sea, where life can sometimes be far less than perfect.

The Durrells, Season 3: Episode 5 (of 8) when it opens, has the delightful widowed Louisa (Keeley Hawes) at breakfast, affectionately telling her family of sloths (private joke) the louche lifestyle lover and writer Larry (Josh O’Connor), the industrious although somewhat misguided policeman Leslie (Callum Woodhouse), the madcap dilly darling Margo (Daisy Waterstone) and the quiet nature loving Gerald (Milo Parker) how she loves the weekend, when they all get to spend more time together.

They are both her hobby and her life. 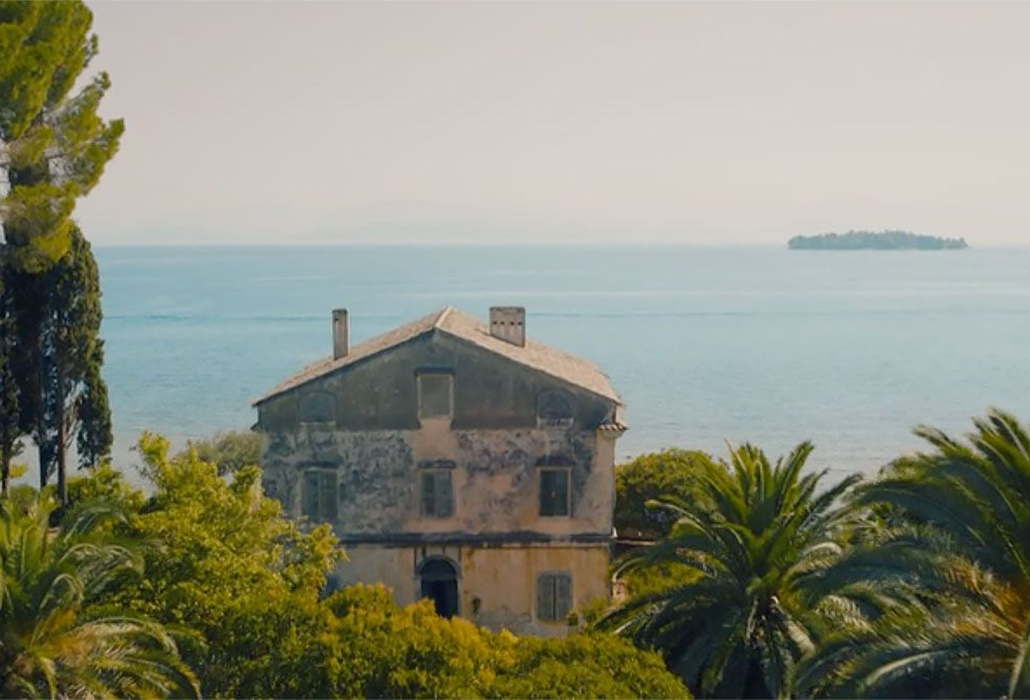 Daily it’s more than fascinating to discover what will happen next for our favourite family in this beautiful idyll, as life becomes chaotic and complicated by the constant challenges arriving continually like a tidal wave, wanting to destroy their ability as the best of the local poor white foreigners, to muddle through. 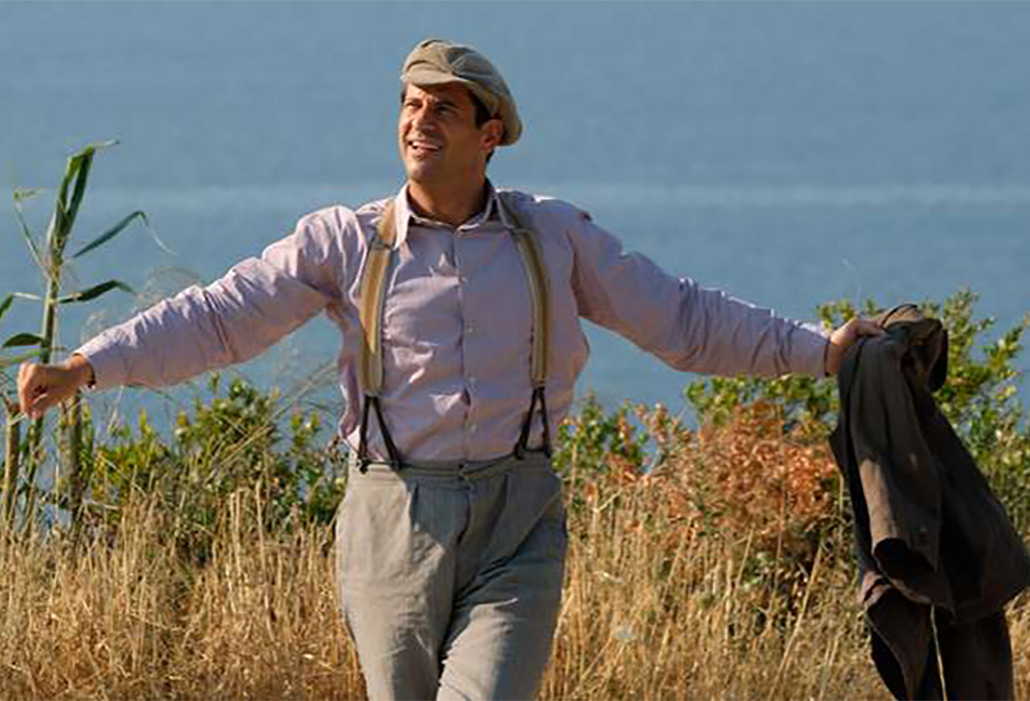 The island’s favourite fix-it man the dashing Spiro (Alexis Georgoulis) arrives to tell Louisa she’s lovelier than a spring morning… so uplifting for any girl, then about some new arrivals on the islands.

They are a family of handsome Italians, who have taken over the ‘big paying villa’, seemingly with ‘cash to burn’. They are both ‘charming and perfect!’… you will ‘love them’ he declares as Louisa winces, wondering if his prediction will turn out to be a curse! 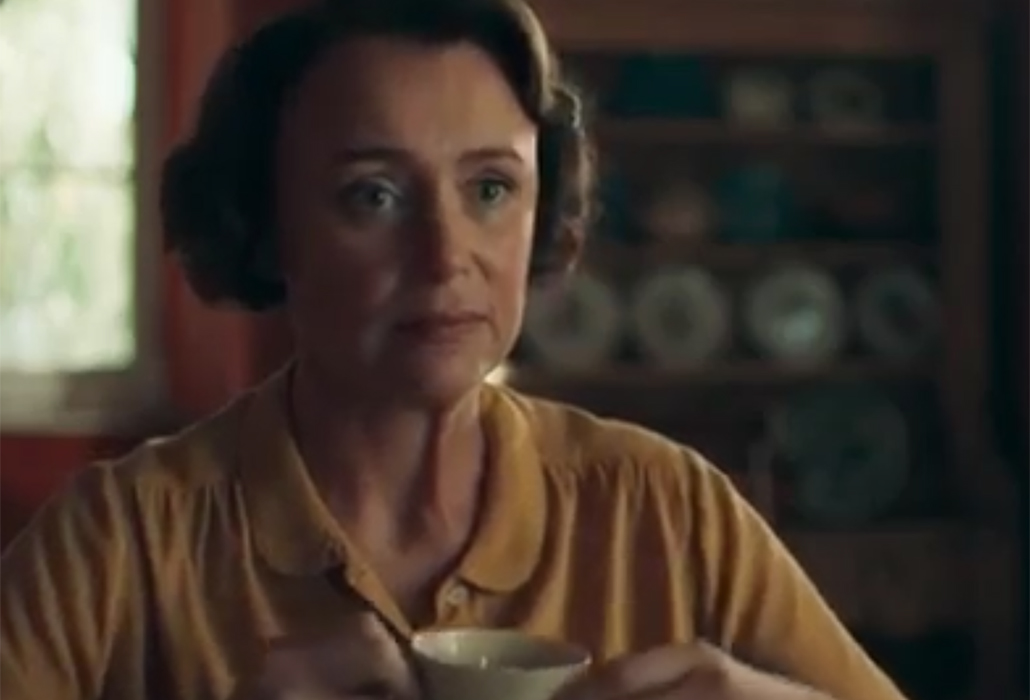 She is more than a little miffed, hearing such news at breakfast over a cup of tea, while finding out she needs Spiro far more than he seems to need them. It hurts! She is definitely disappointed and crushed inside that his focus is off her and her family.

So, logically she goes to spy on the new mysterious Guido Ferrari (Luca Calvani) and his family. 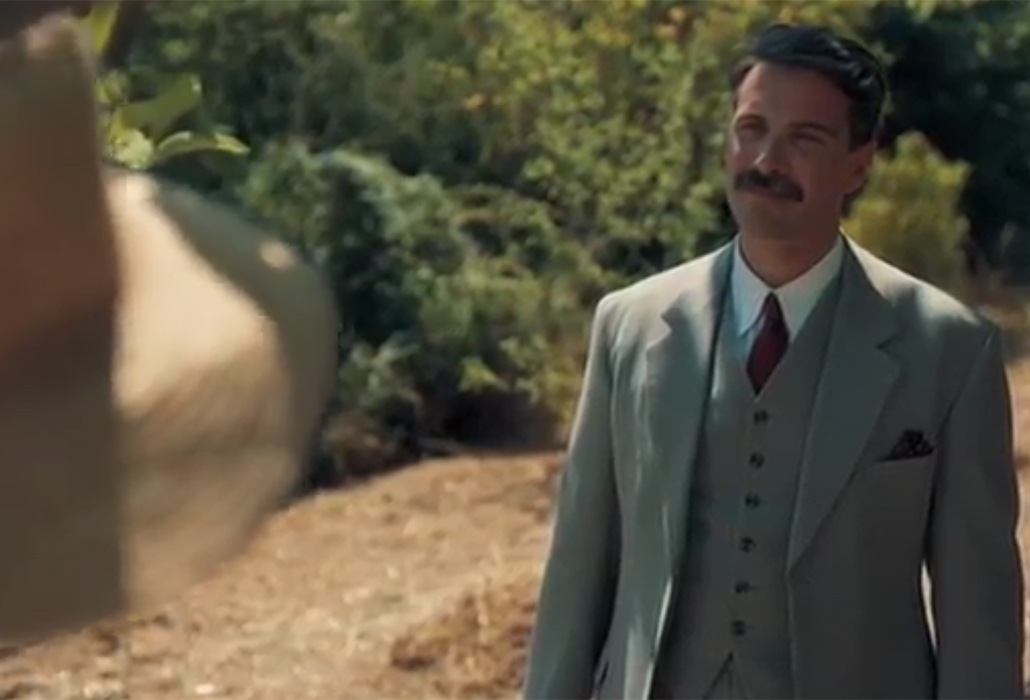 Embarrassingly she is discovered during her escapade in the garden by Guido, who introduces her to his young adult children; Paolo (Sebastiano Kiniger), Clara (Antonia Desplat) and Violetta (Fabienne Piolini-Castle).

Guido seems happy to meet her and invites her to bring her family for a visit. 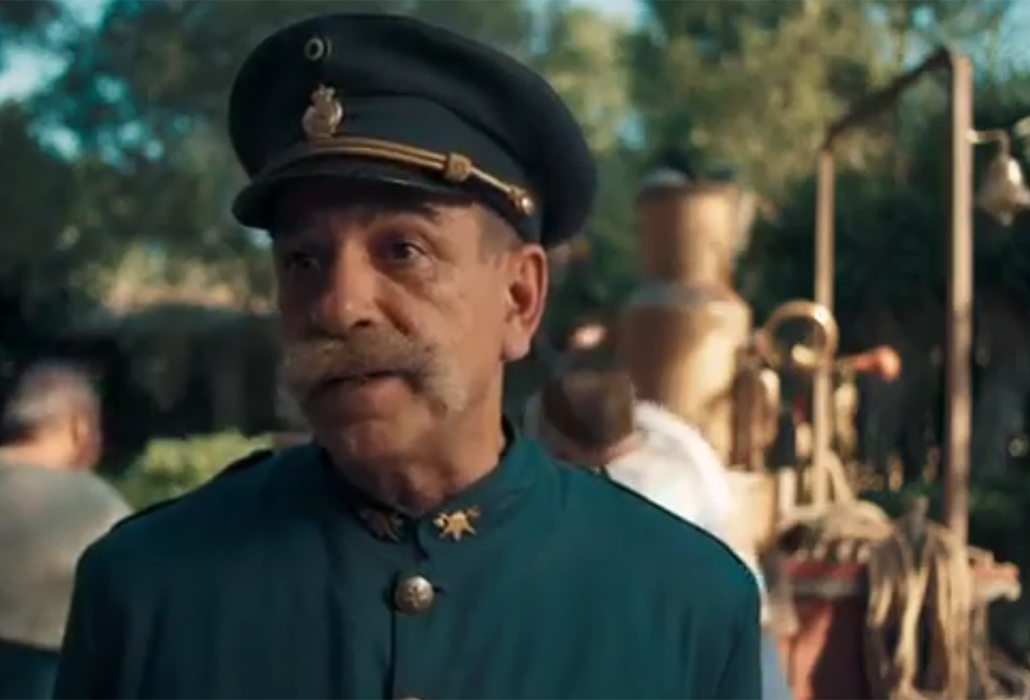 Leslie and Larry in the meantime are going to volunteer for the fire brigade at Spiro’s request, with the Fire Chief (Vasilis Vasilakis) saying they will take a physical test if they want to get in. Larry passes and Leslie the fittest of them all, fails miserably. 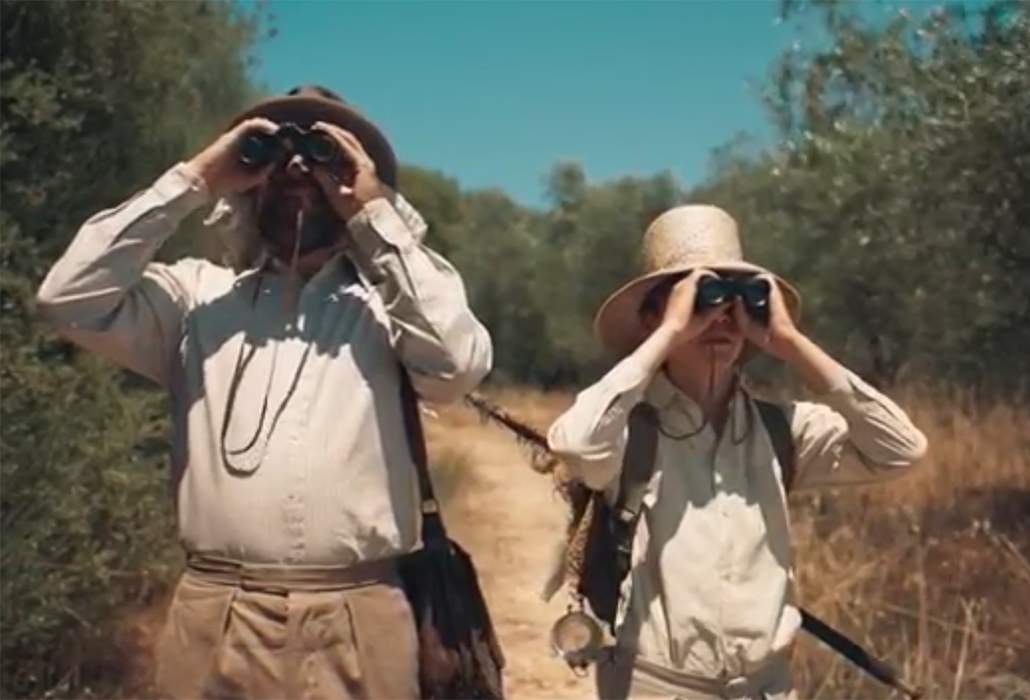 Dr Theo (Yorgos Karimihos) and Gerald are out bird watching – he’s taking the day off from the medical office where he and Margo work; the X Ray machine is broken and they cannot operate until a spare part arrives from Athens.

The birds they are watching turns out to be a young girl of Gerald’s age who is bird watching too. 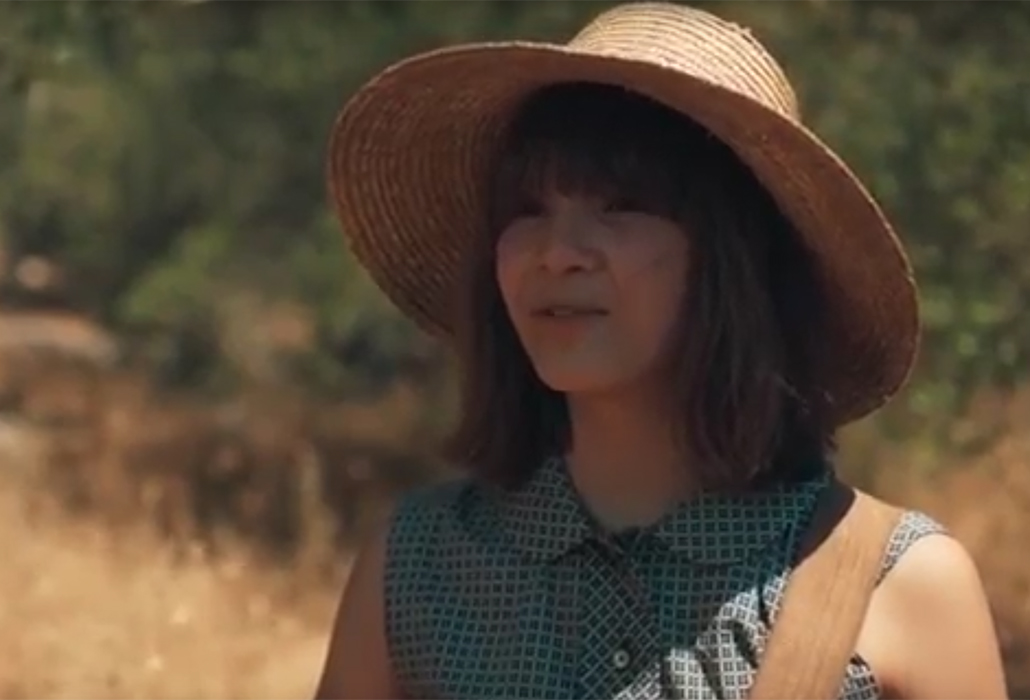 Smitten, Gerald finds himself unexpectedly overcome by his emotions, inviting Galini (Olivia Lebedeva-Alexopoulou) to join them, which soon turns into a daily occurrence. 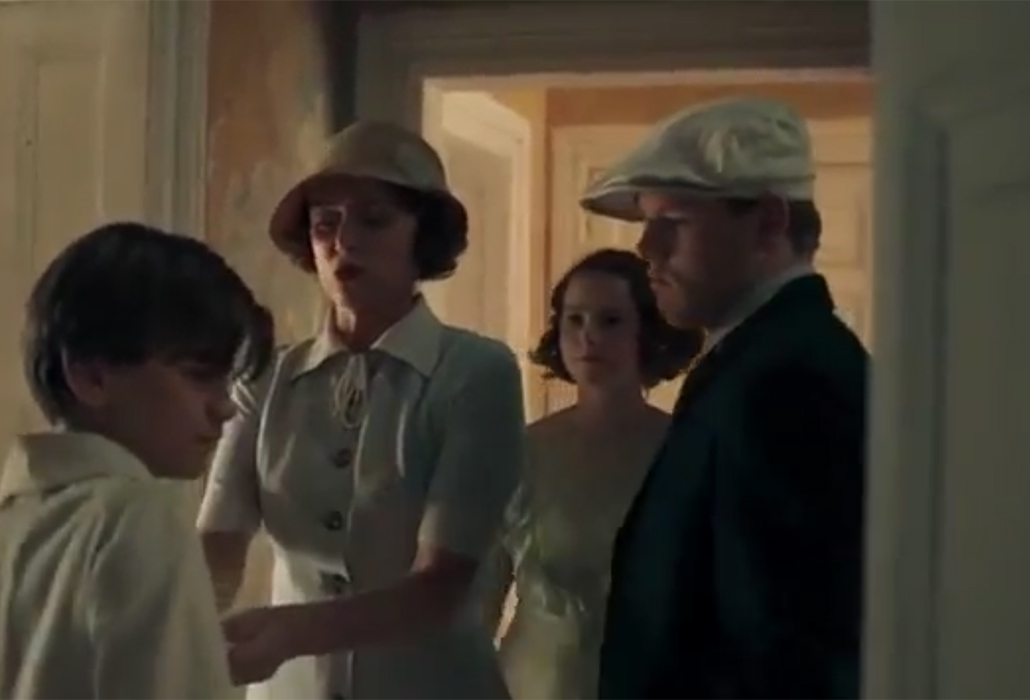 Fussing mother – Louisa preparing for a visit to the Ferrari Family, Season 3 Episode 5, iTV The Durrells

The Durrell’s all put on their best clothes to go and visit the Ferrari Family at the Villa for lunch. Leslie is as rude as ever, starting to eat before the host arrives at the table.

He has no idea of what manners and codes of behaviour mean, especially alarming for a policeman. 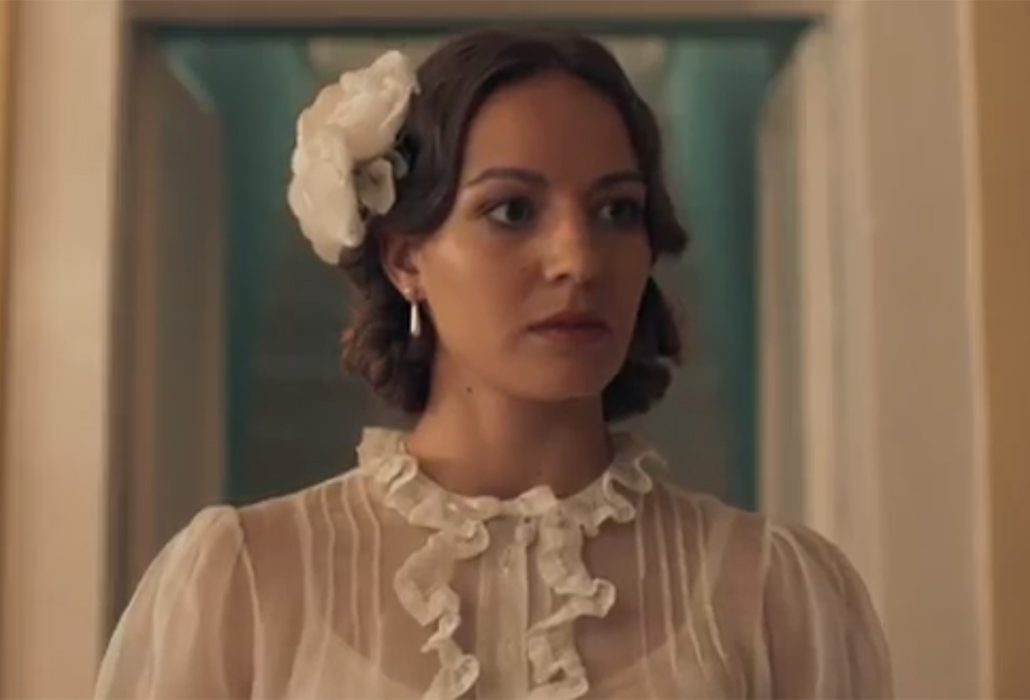 Margo thinks the eldest daughter Clara is all too perfect for words and becomes embarrassingly infatuated with how she ‘looks’.

The Ferrari’s soon reciprocate the invitation and come to tea at their villa. Margo is again fascinated by Clara’s seeming perfection only to find out the family has the first blot on their copybook. 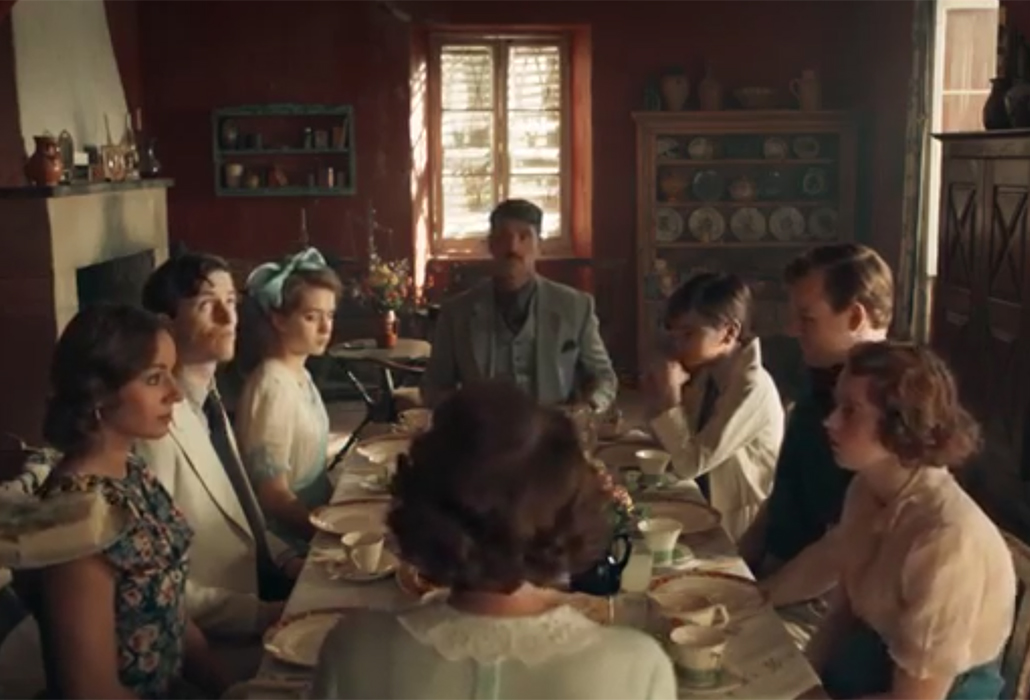 The Ferrari Family come to tea in Season 3 Episode 5, iTV The Durrells

They seem to be racists by an unkind comment their father Guido makes about the Greeks… as they are living on an island courtesy of the Greeks it is all very disappointing, especially for their daily helper Lugaretzia (Anna Savva), who is there when it happens.

They regard her as one of their family and so everyone is left feeling cross. Later Louisa asks Spiro aren’t they more to him than customers and he tells her she’s a pain in the ‘proverbial’ and she’s deeply hurt. It’s their first argument. 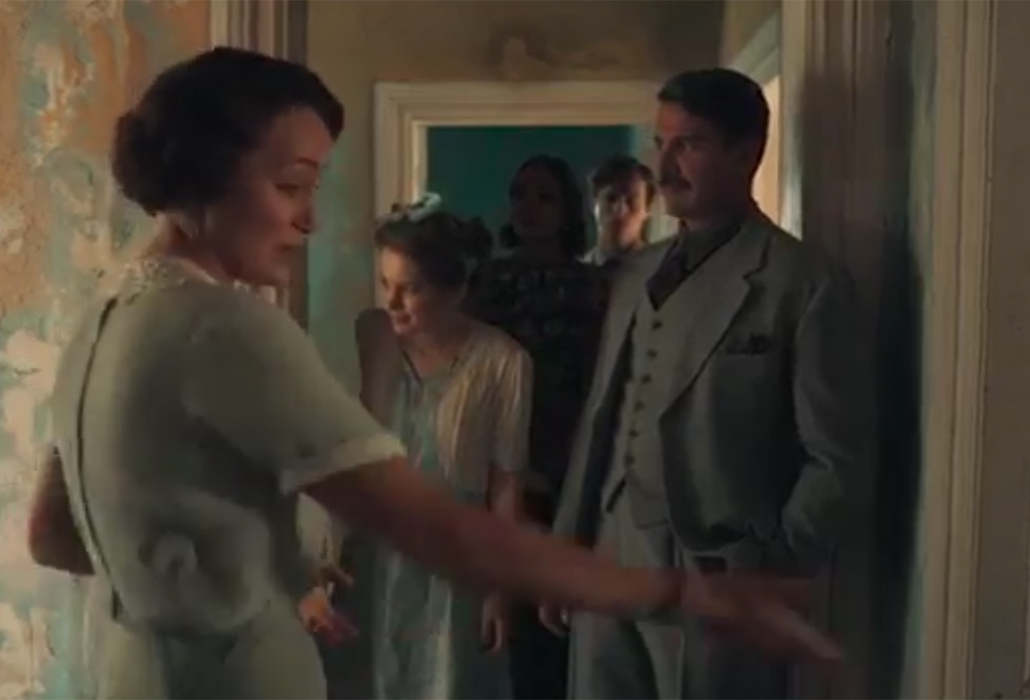 The Ferrari Family come to tea in Season 3 Episode 5, iTV The Durrells

Perfection is a mirage, Dr Theo tells Margo who confides in him that she’s really wanting to impress Clara Ferrari, who she finds fascinating.

Leslie is trying to teach Paolo how to sail discovering that he’s all pent up about something, making him suspicious. 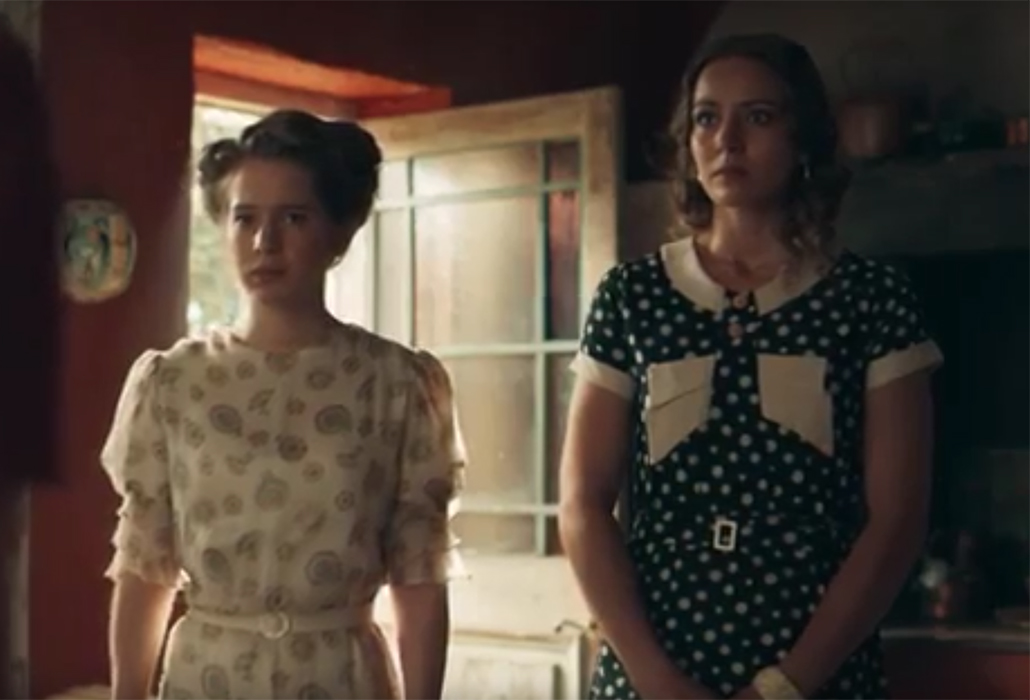 Meanwhile Louisa at the request of their father Guido is trying to make drudgery look attractive to the Ferrari girls, who don’t know how to do anything practically at all. They cannot even boil an egg! 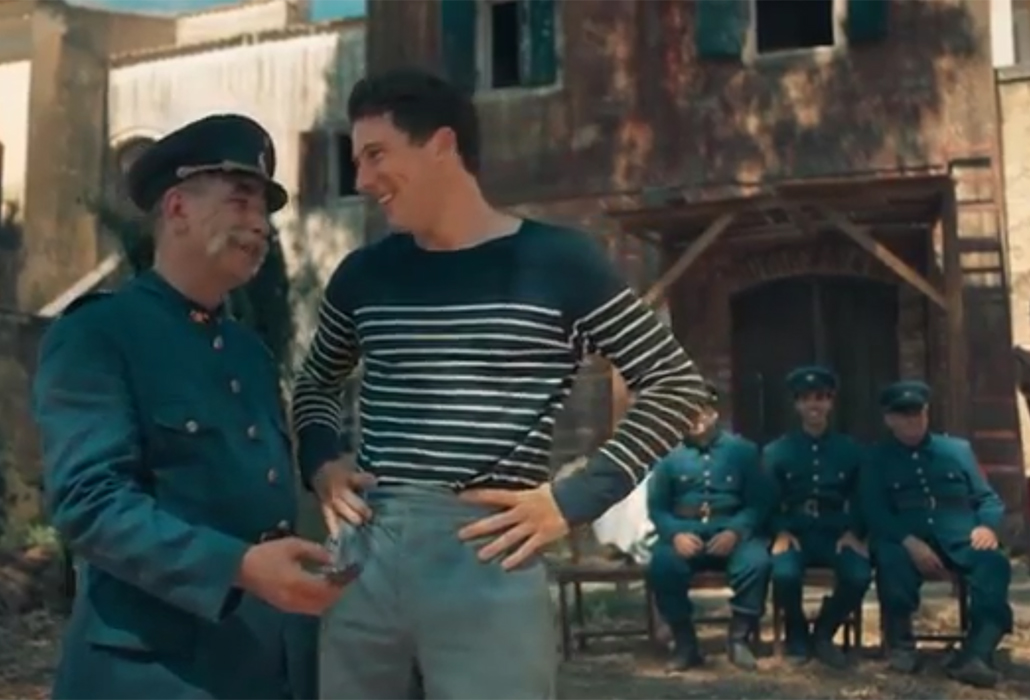 She’s teaching them how to be ‘housewives’ at the same time Larry is trying to teach the local fire chief how to run a ‘modern’ fire station which includes installing a ‘fire pole’.

Gerald tells Theo the whole truth that he wants to be alone with Galini and his mentor is mortified he didn’t notice his young charge’s early signs of falling in love and graciously withdraws. 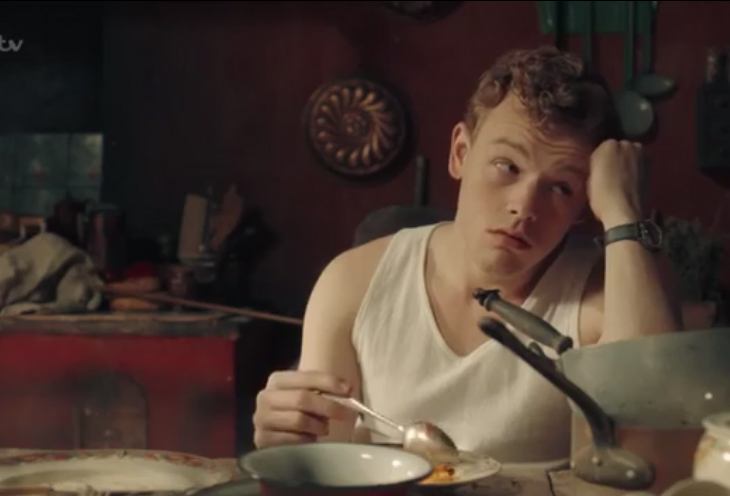 Leslie has been doing some digging on his own and soon discovers the Ferrari’s are not who they purport to be and had to leave Italy in a hurry.

Louisa is also doing some digging to find out about why the Ferrari’s came to Greece when Spiro arrives to do secret men’s business with Guido. She’s all the more mystified.

Dr Theo tells Margo Friday is the patron Saint of Corfu St Spiridium, aka Spiro’s celebration, where you can kiss his feet and make a wish for whatever your heart desires. 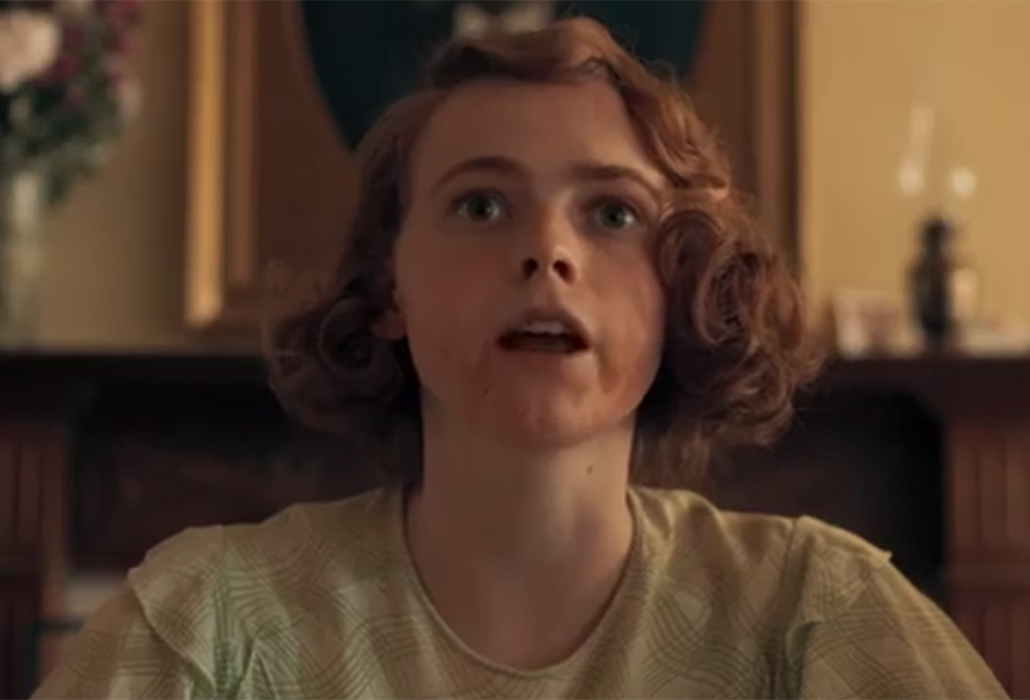 So she lines up with everyone else to kiss the feet covered in rancid slippers of a mummified corpse. While the townspeople all ‘kiss the air’, she does it properly, kissing his ratty old foot covering and promptly ends up sick, with germs invading the skin around her mouth. Ugly!

Gerald goes off to spend time with Galini by himself. They now go birdwatching together daily and she’s helping him to find his next study; a vulture.

Louis and Spiro meet and agree never to fight again… she tells him how we all love you so much because you are generous to people. He gives in and tells her how he has lent the Ferrari family money and she is mortified. 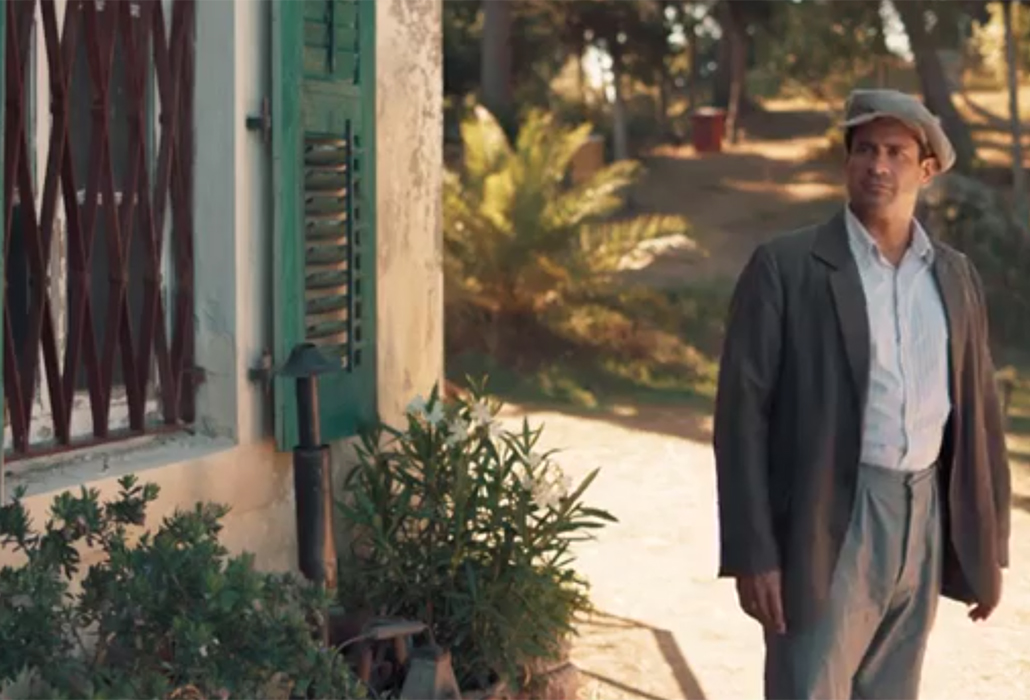 She chastises his choice to do so and realises Guido has manipulated them all to give them his services free… a noble Italian shouldn’t have to borrow money from a Greek working man… or ask a young widow to run a finishing school for his daughters. Now they both know there is something seriously wrong.

Larry is getting to know Paolo who has joined the fire brigade and finds him troubled and defensive. And it’s no wonder.

Theo has found out from friends in Sienna the Ferrari family fled Italy to escape prosecution because Paolo knocked over an elderly man and killed him.

Larry declares where there is one secret there must be more. 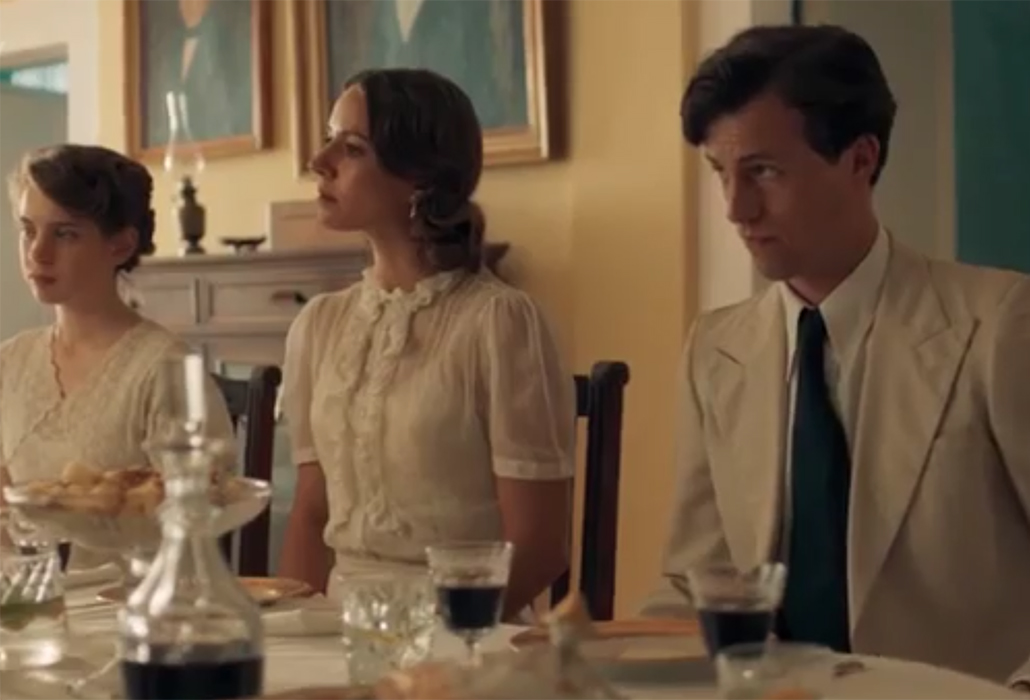 Louisa tells the Ferrari girls she knows why they left Italy and asks them about it. Reluctant to share their feelings, she tells them both they should spread honesty in a dishonest patriarchal world, because that is what women do when they cannot stand up to the men in their life.

They tell her their father has become a bully since their mother died and she urges them to stand and face him about the issues they are unhappy about.

Larry asks Paolo about the car accident in Italy… and finds out it was his father driving and that he has asked his son to take the blame. 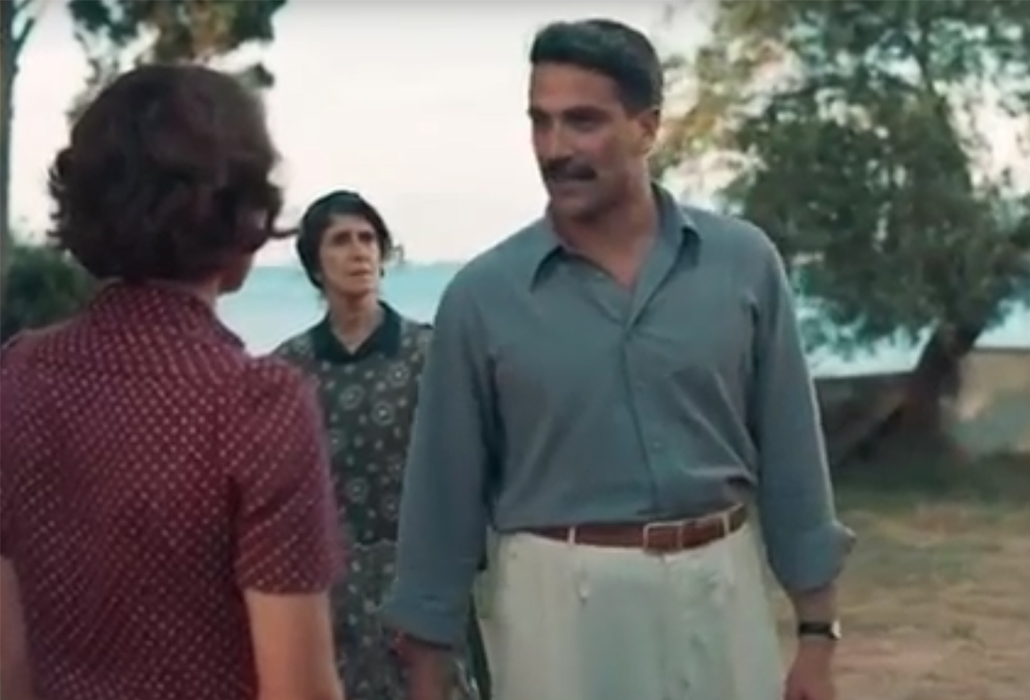 Guido finds out his secret is out and comes to attack Louisa verbally, having taken Spiro’s car. But she more than a match and gives him better back, snatching the keys from the ignition so he cannot drive off.

Larry arrives and gives them all the truth it was the father who was driving and the girls are mortified as he bullies them all into leaving on foot. Louisa is left hoping the children will challenge their father later. 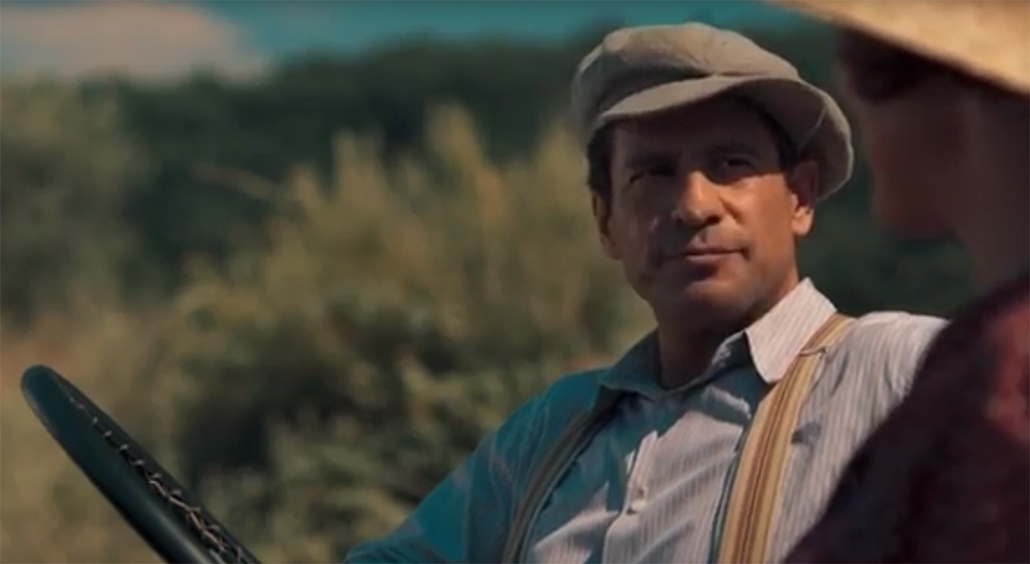 Louisa takes Spiro’s car and goes to find him walking home from where he was left. He admits he was wrong to Louisa, assuming she would end up with Guido. Even though he has a ‘wife’ we have never met, it is clear Spiro is besotted by his favourite client.

Louis tells him he has no real idea about women and he agrees. 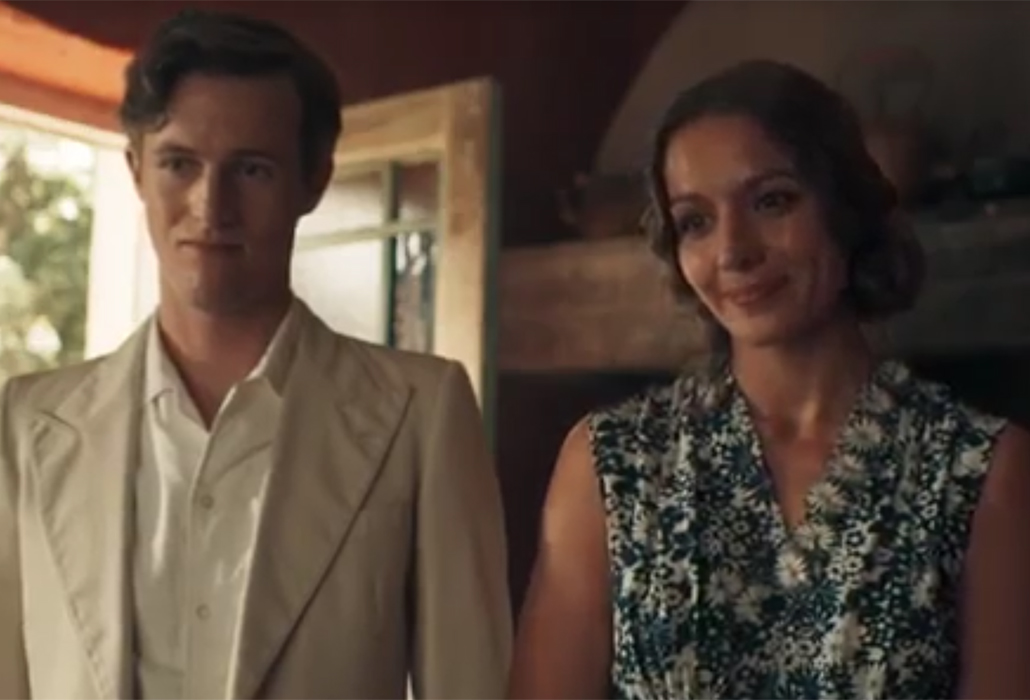 Paolo and Clara come to tell her goodbye and inform Louisa how they have been up all night forcing their father into going back to Italy to face the music and clear Paolo’s name.

Clara leaves jewellery for Spiro, having been embarrassed by their father borrowing money from him. 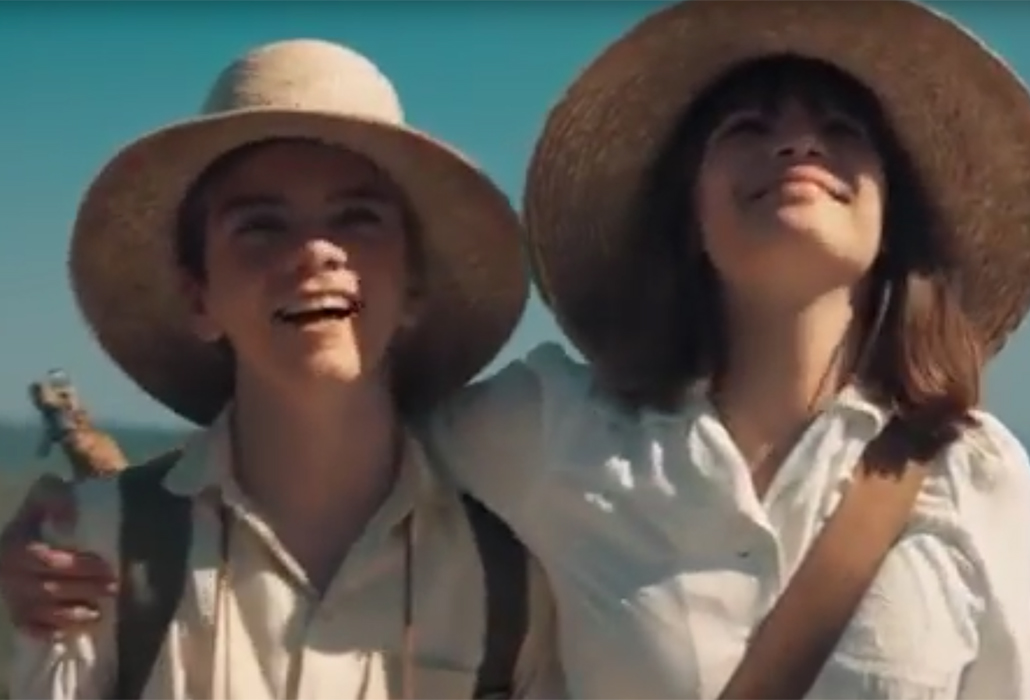 Gerald and Galini have brought the abandoned baby vulture they found on a clifftop eyrie back to the family villa, where Louisa is discussing how vulnerable all families are with Larry, Leslie and Margo.

She turns to discover they have all gone; disinterested. 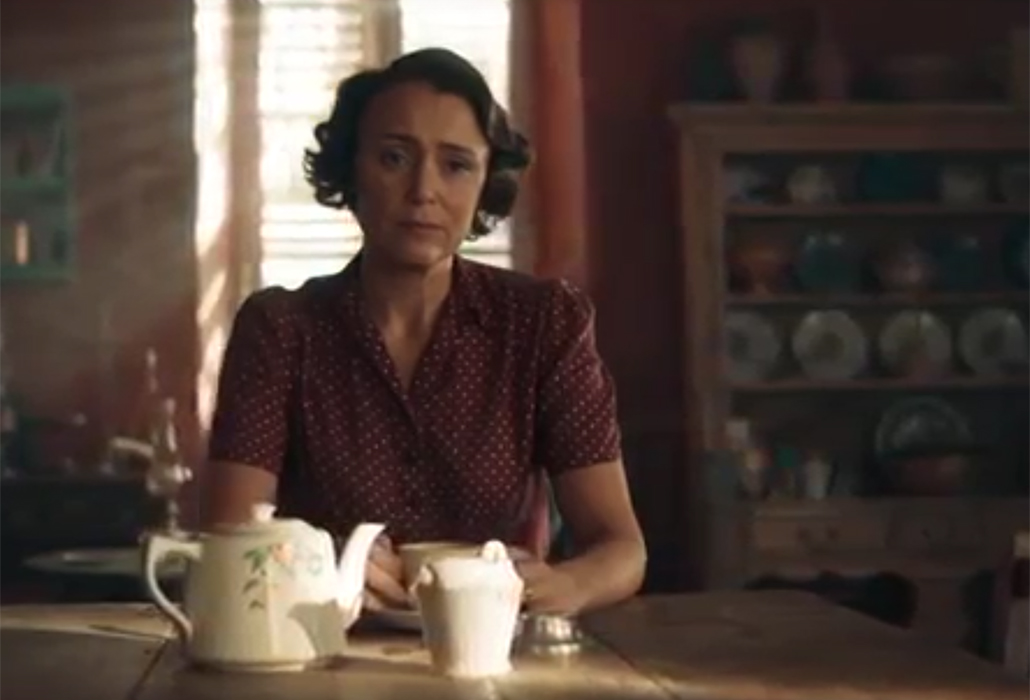 However, all’s well that ends well with The Durrells in Corfu. We are left wondering if bliss will descend or if life will be much duller now the Ferrari Family are gone. Food for thought, much better over a cup of English tea.