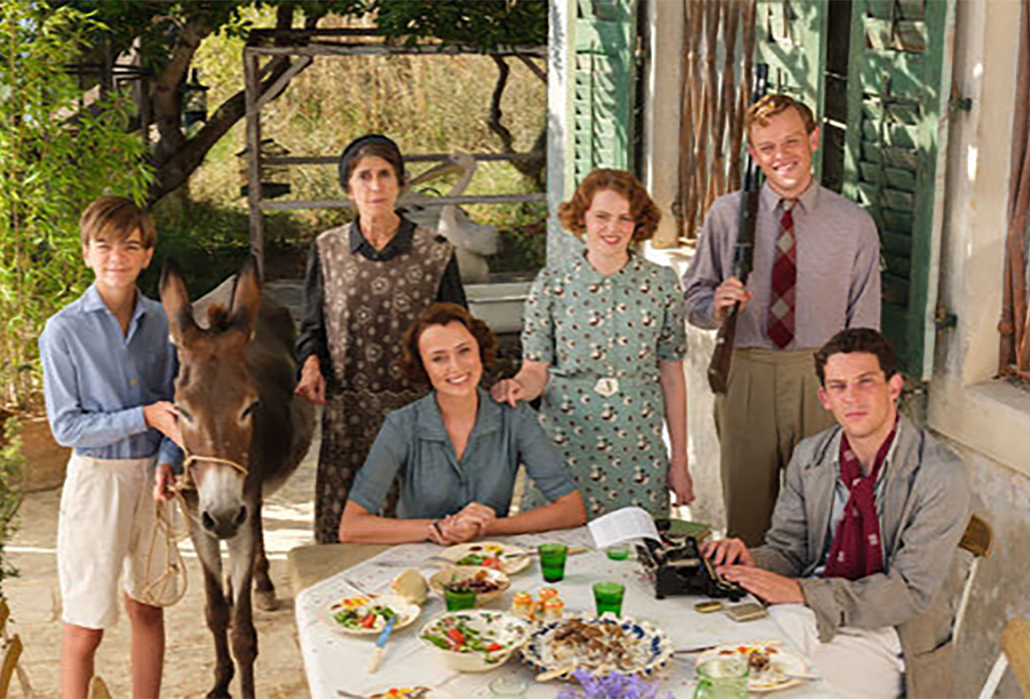 The Durrells: Season 3, Episode 1 of the poignant itv series, based on the true-life stories of a self-absorbed English family is back. We are all envious they are still living in their slightly shabby two-storey house with faded ice blue shutters overlooking the beauty and sparkling waters of the Ionian sea on Corfu, a World Heritage listed island.

Set not long before World War II based on the acclaimed memoir of a childhood living in Corfu by Gerald Durrell, who is also one of the scriptwriters, the series creator Simon Nye believes ‘is our best yet’, has eight episodes this time. 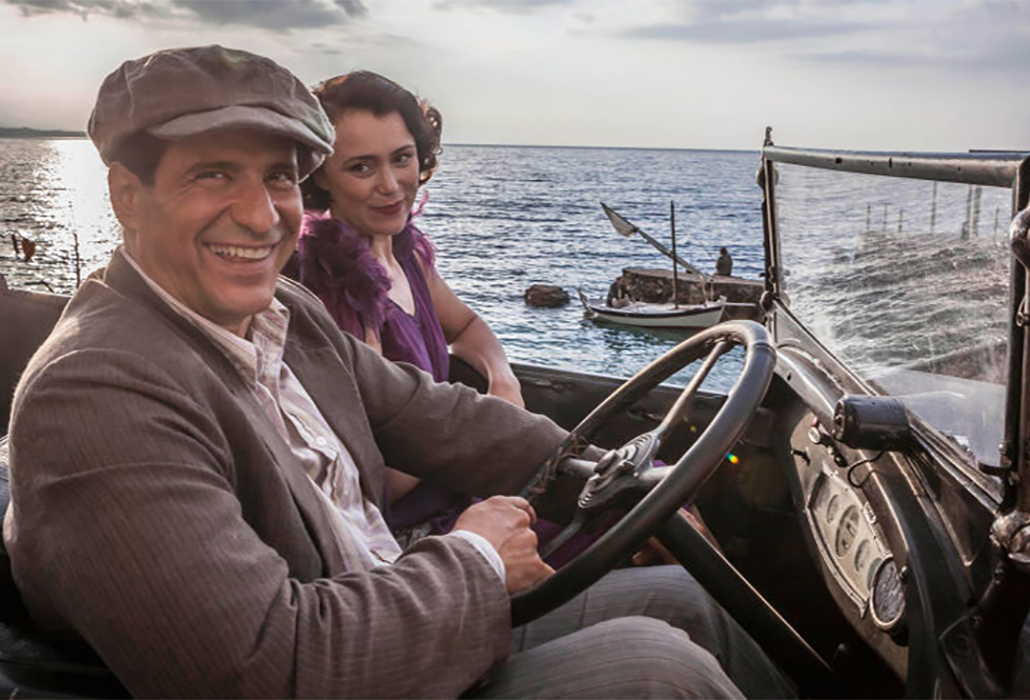 Greek favourite Alexis Georgoulis is back as Spiro Hakaiopulos, the local taxi driver and Mr Fixit, who always seems to turn up at just the right time to pick up the long suffering busy widow Louisa Durrell (Keeley Hawes).

She had a brief moment in the sun when her search for love at the end of season two ended with her losing … (Daniel Lapaine) her romantic interest, stabbed in an olive grove by scorned lover Vasilia (Errika Bigiou). 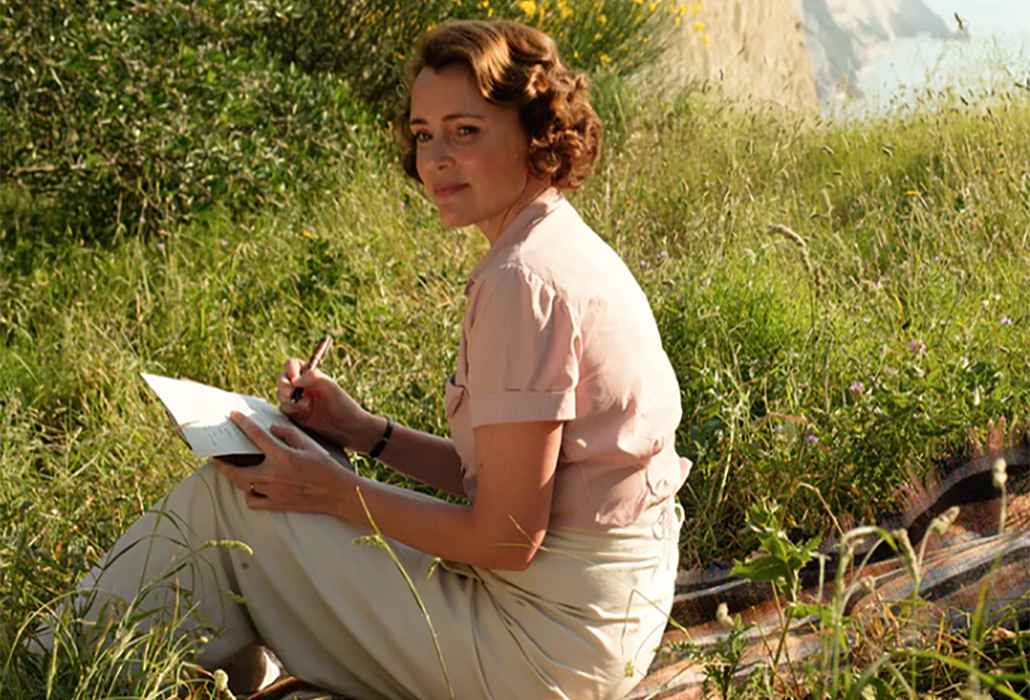 Keeley Hawes (Louisa Durrell) in The Durrells in Coru

We find Louisa at the beginning of Episode 1 of Series 3, happily sitting on the hill nearby the house in the long grass writing a very chatty letter to her much loved Aunt Hermione (Barbara Flynn) exclaiming, gosh it’s gorgeous here, a statement that comes from the heart.

She tells her how 21 year old Larry, the eldest (Josh O’Connor) is writing his third novel while 18 year old Leslie (Callum Woodhouse), her gun toting middle son has a girlfriend. Although she discovers later she is one of only three he is busy cultivating, because he’s finding it hard to find one who will give him all he needs. 17 years old Madcap Margo (Daisy Waterstone) has ditched her boyfriend and decides to take up soap sculpture, while the youngest, 11 year old Gerry (Milo Parker) still prefers animals to humans and only eats vegetables because of it. He has two flamingos as his current pet project.

Louisa herself have given up searching for love… has decided she may take up the cello or the harp soon, although for the moment she’s once again obsessively focused on interfering in her children’s lives. 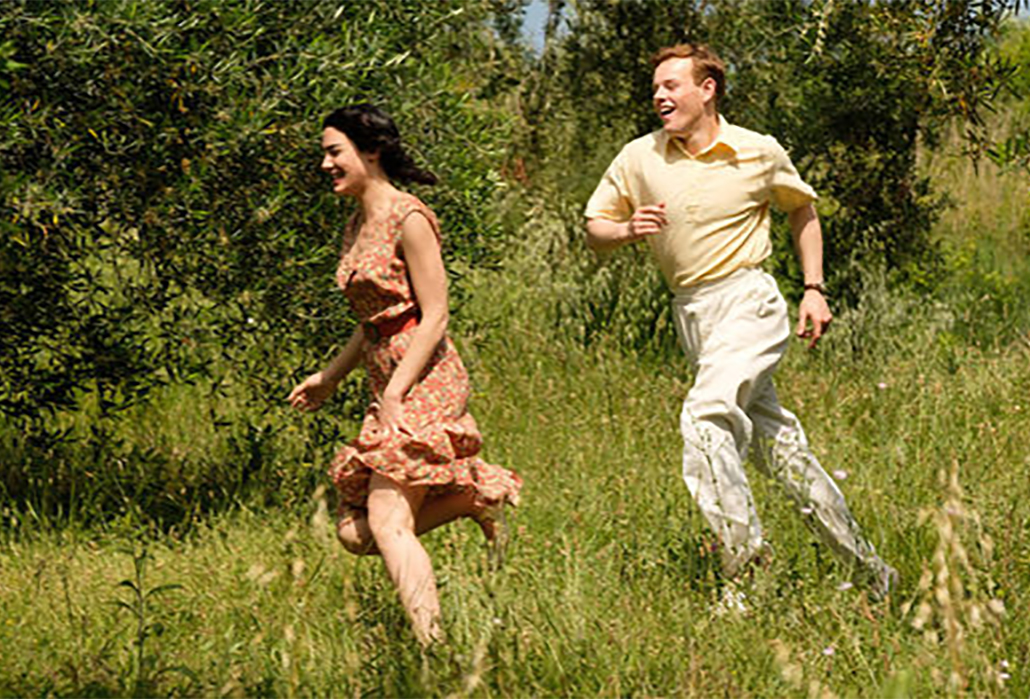 Leslie Durrell (Callum Woodhouse) in The Durrells in Corfu, a trio of women on the run…

First up it will be Leslie who receives her undivided attention. She has Spiro take her around the island to meet each of the three girls so she can choose the one she likes best and invite her to tea on Sunday, which we just know will go terribly wrong.

She also decides to ask Spiro to tell Leslie about the dangers of having more than one mate – but as an aside he tells the young man to enjoy the moment. Larry dramatically falls over one of Gerry’s animals in the first five minutes and thinks he has broken his leg. He’s accident prone, because he always has his head in the clouds or his latest writing project.

As there are no X-ray machines on the island, his brother Leslie decides he will set it in plaster for him, using concrete instead making for a hilarious time getting it off.

Showing initiative and with encouragement from Margo, Gerald’s friend Dr Theodore Stephanides (Yorgos Karamihos) an academic not a trained physician, decides to open up a room offering X-Rays at the local Doctor’s office, where just having had a baby, she is struggling on her own. 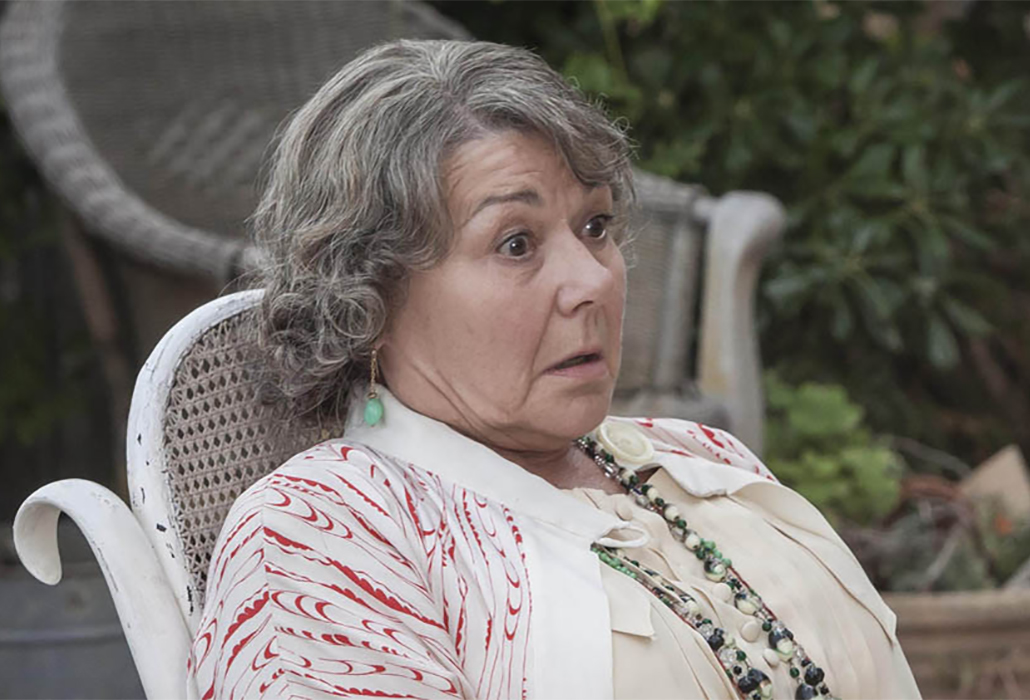 Keeley Hawes does have a wonderful aptitude for comedy which makes this series all the more delightful and the characters so likeable.  The three girls she has to choose from make it hard, for they all have endearing qualities.

Just at the right moment however Aunt Hermione arrives, reminding her niece that good parenting is not about meddling in her children’s lives, but loving them just the way they are and supporting their choices.

Should be a merry madcap mayhem happy season ahead.