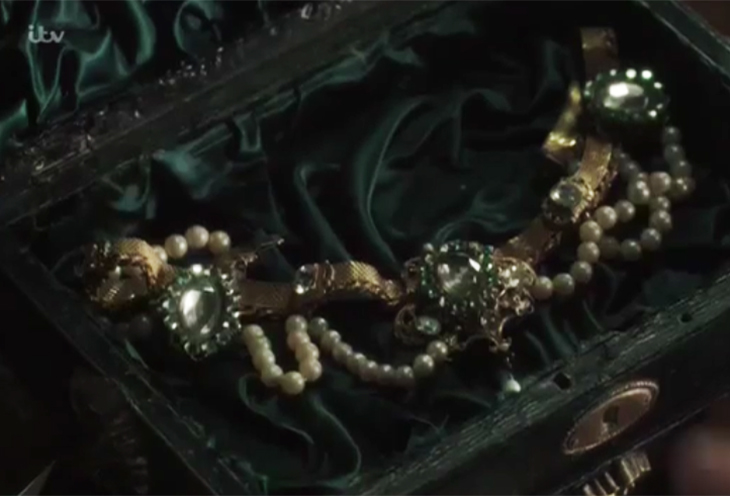 They are all back on the gorgeous Greek island in the Ionian Sea for Season 3. In Episode 3, ignoring and deleting written instructions left by Louisa their mother while she and their eldest son Larry are travelling to England with her Aunt Hermione’s body where she will more or less enjoy the ‘affair of the necklace’.

Don’t Read Any More Unless you Want Spoilers. 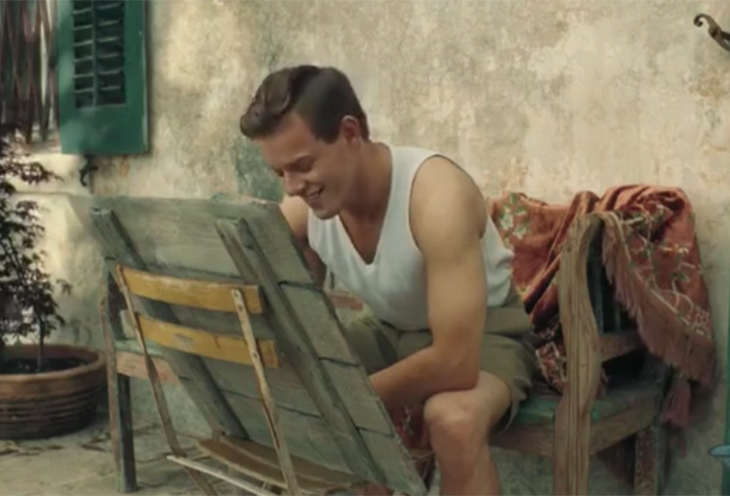 Callum Woodhouse as Leslie Durrell, The Durrels in Corfu Season 3

Leslie in his mother and elder brother’s absence declares himself in charge. His sister Margot and brother Gerald both yawn as he rubs the list of instructions left for them on a blackboard in the kitchen. Being highly individual, they each have their own agendas and have no intention of listening to anyone else’s guidance, least of all their mad brother Leslie who has recently got his girlfriend pregnant and nearly ended up wedded at the end of a shotgun.

Josh O’Connor as Lawrence (Larry) Durrell in The Durrells in Corfu, Season 3

Louisa and Larry arrive in England, having lost and found the coffin containing Aunt Hermione on the way, to sleeting rain. They are to stay at Aunt Hermione’s house in Dorset, which after Corfu for Larry seems both ‘dank and beige’.

Fortunately however has a letter to hand from a London dwelling well-off admirer of his novel Durant (Henry Lloyd Hughes), inviting him to come and stay with him. Enjoying the idea of an adventure in that green and pleasant land, Larry informs Louisa and takes off like a flash.

When he arrives he discovers a house full of all new fabulous friends – indolent artists – bohemians much like himself and immediately he slots wonderfully into their louche milieu. He’s initially posed the question ‘what is real’? Indeed. 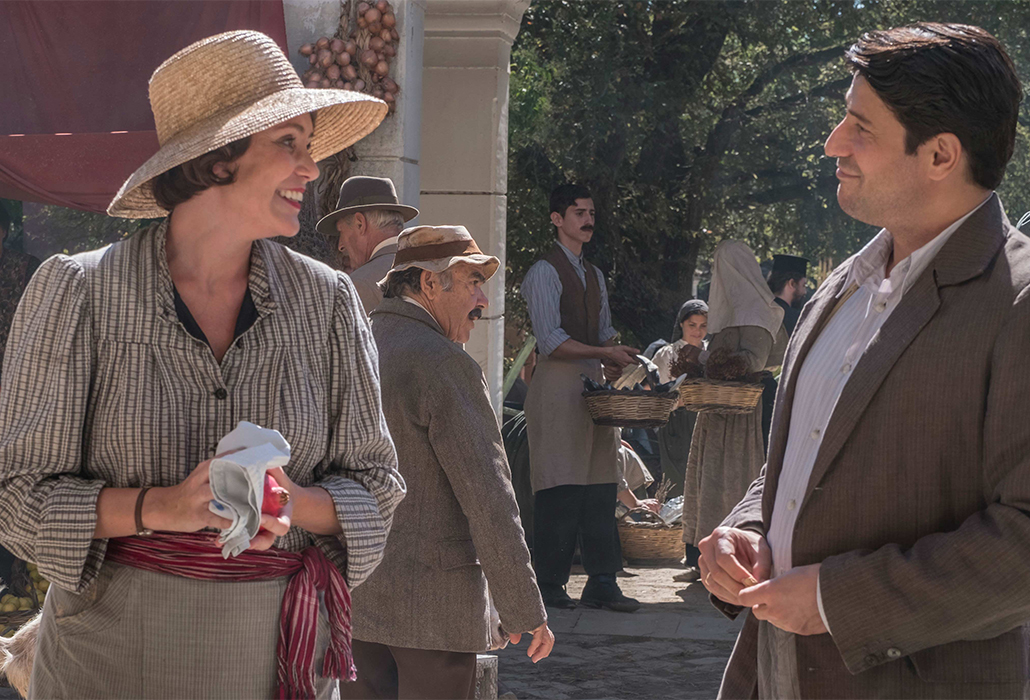 Back in Corfu, that responsible reliable friend of the family Spiro (Alexis Georgoulis) checks in with Margo as instructed to make sure she’s not seeing her latest boyfriend Zoltan (Merch Husey). Her mother Louisa has declared him off limits while she is away, giving Spiro the charge to look after them all.

Margo tells Spiro she’s not seeing Zoltan, just before slipping out to meet him in the town, where they are unknowingly observed by the family maid Lugaretzia (Anna Savva) kissing. 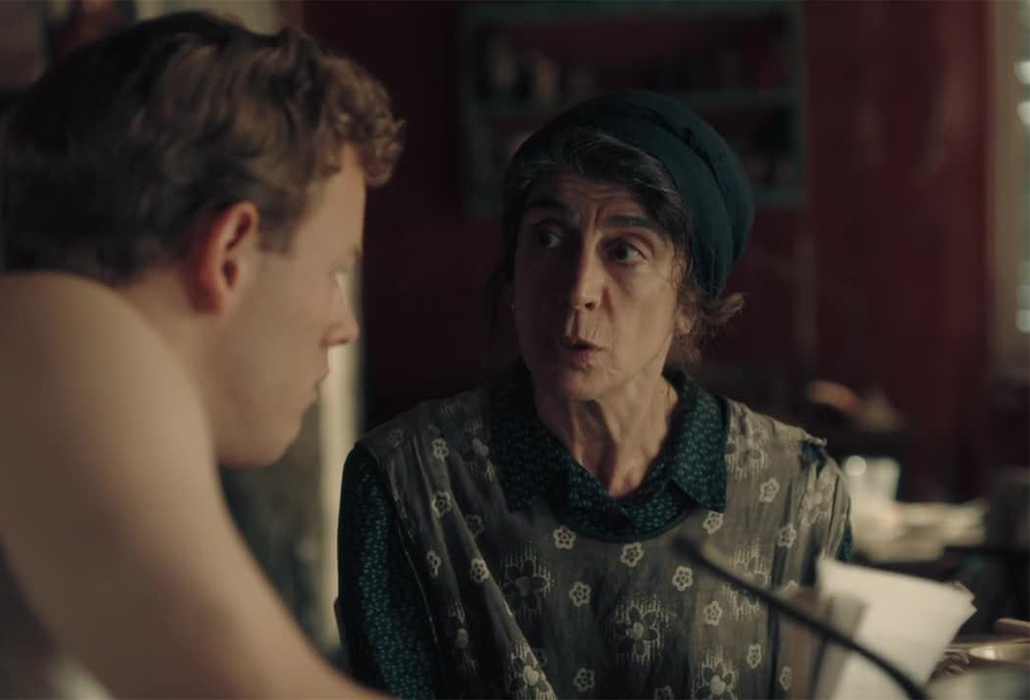 Lugaretzia arrives at the faded delicious Durrell ‘villa’ overlooking the glorious crystal clear waters of the Ionian sea to find the kitchen in total disarray, with Leslie resisting her going into some of the rooms they are so worrying. She is dismayed and he gives her the day off to relax with him out in the yard.

Gerald is already out and about following his passion to observe nature when he comes across a man whipping his donkey. He is most distressed and goes off to consult with his friend Professor Theo Stephanides (Yorgos Karamihos) who tells him that ‘education’ is the key. 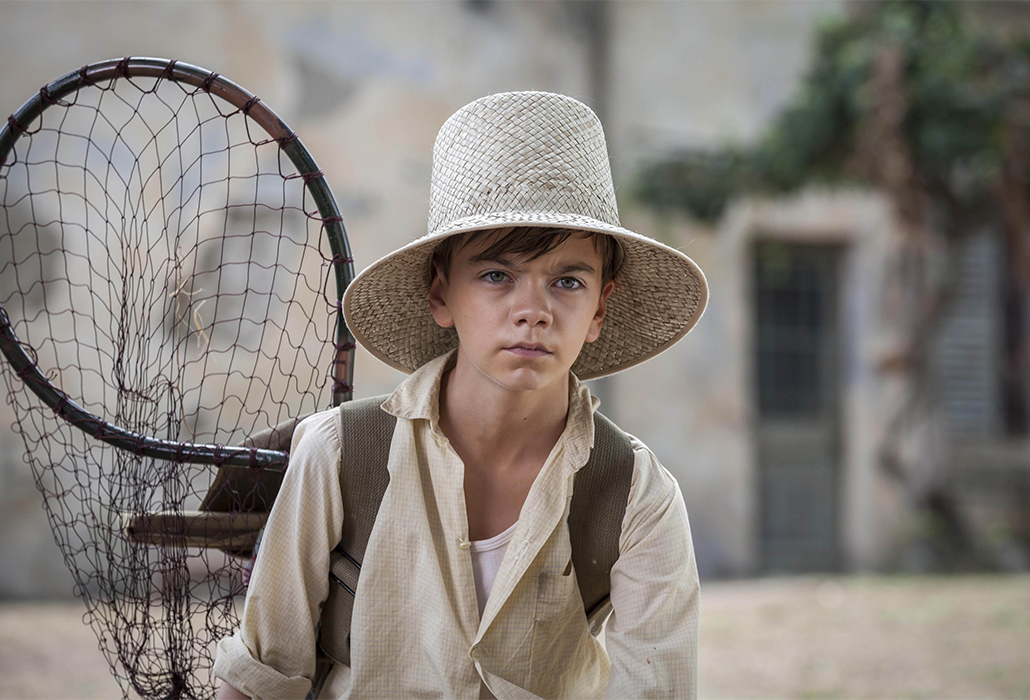 Milo Parker as Gerald Durrell in The Durrells in Corfu

He then sets up a stand in the town to protest and give out information about cruelty to animals, suffering much more abuse from the local populace. 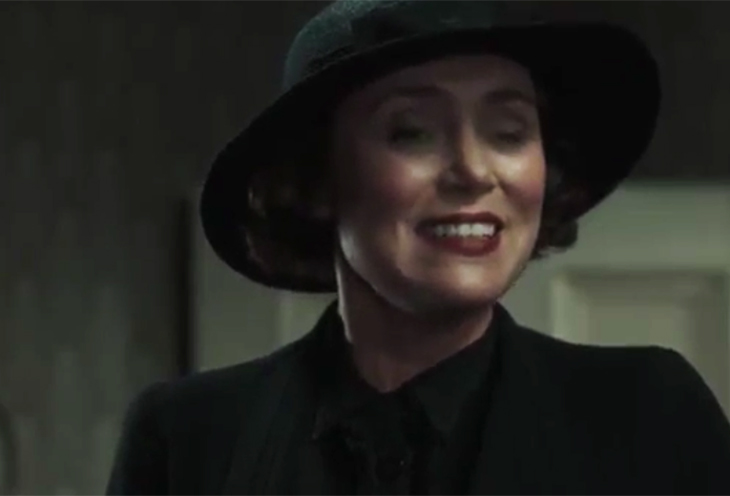 Meanwhile in England, Louisa attends the funeral of her favourite Aunt with her relatives and is phoned afterwards by Lawrence, who has been enjoying the continuing party in London. He has forgotten he was supposed to be there giving her support. She decides she must go to London and talk to him.

Back on Corfu Leslie has set up a security system with his own shotguns, having heard there may be thieves on the loose, much to Margo and Gerald’s concern. They have Spiro come and talk to Leslie, although to no avail. 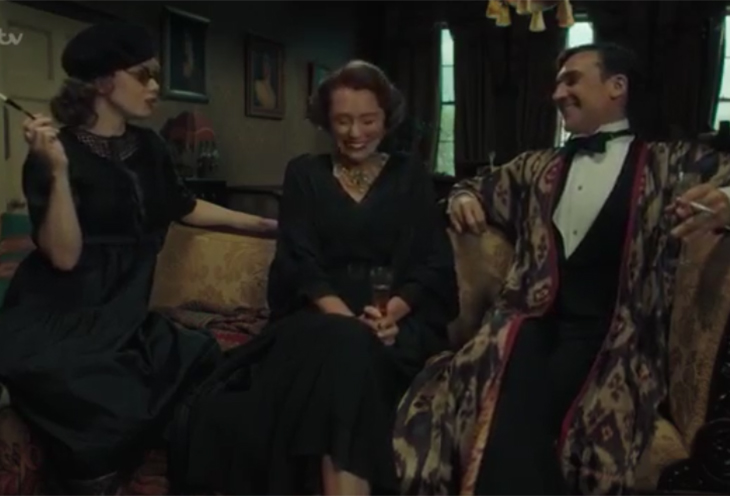 In London Larry is dismayed when Louisa turns up at Durant’s home and is also invited to stay, winning over his new friend, who is clearly fascinated with this delightfully adventurous ‘older women’.

Larry later catches his mother sipping Absinthe with their host, while wearing a knock out necklace he’s not seen before. He is clearly not amused at her wondrously made up story about how she acquired it.

Meanwhile back at home Leslie has been invited by the local Chief of Police to become a Policeman. He’s totally delighted as it suits his character and his attitude to a tee. 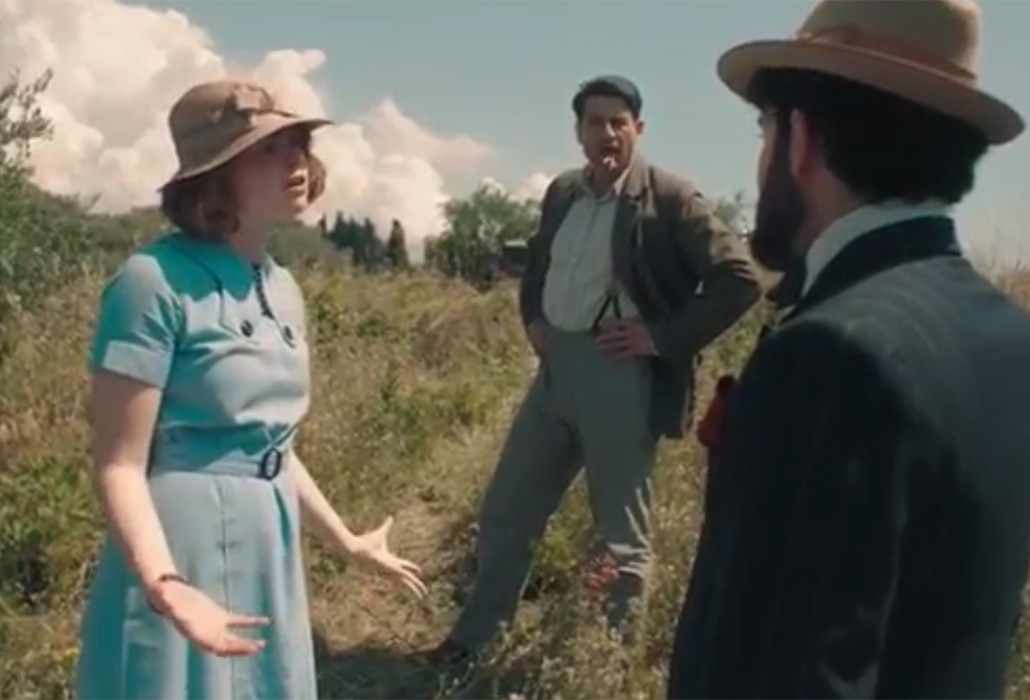 Spiro having received the kissing intelligence from Lugaretzia, comes to see Margo to tell her if she wants to continue to see Zoltan ( while her mother is away, he will chaperone her.

Spiro and Zoltan don’t get on… it’s a tradition of bad feeling between the Turks and the Greeks that has been going on for hundreds of years, although no one can really remember why. Margo Durrell in Season 3 of The Durrells in Corfu

Persistent to the end, it takes a while for Margo to wear them down, but finally she gets Zoltan and Spiro talking at last

Meanwhile Leslie is in his own fantasy world as a policeman, practicing out in the field with his shotgun on the local goats.

Gerald catches the same man whipping his donkey again, but this time however he runs to intervene, ends up the poor defeated creature’s new owner, which can only have happy results. 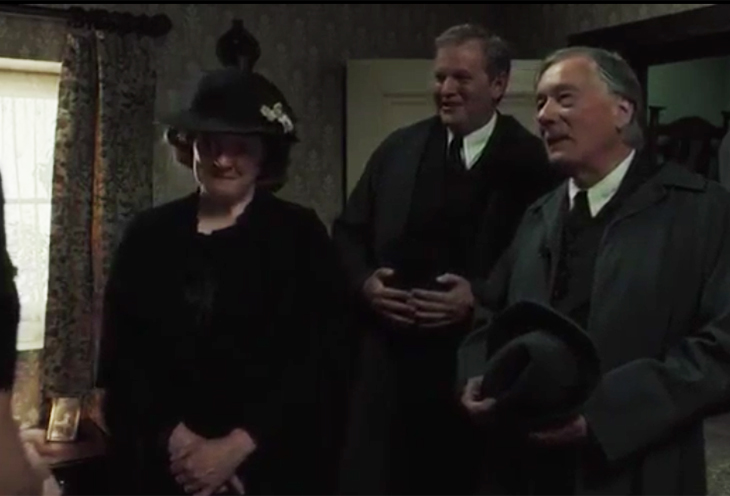 Prue and Geoffrey, Aunt Hermione’s relatives arrive in London from Dorset to talk to Louisa about a missing valuable – the necklace she has been wearing.

They are both invited to join the party and stay overnight. Donning way out clothes they prove that all the family at least on Louisa’s side are clearly all eccentrics.

Meanwhile, Louisa does her best to discover who in the house now has the necklace she ‘borrowed’ thinking it was slightly vulgar and really only paste. 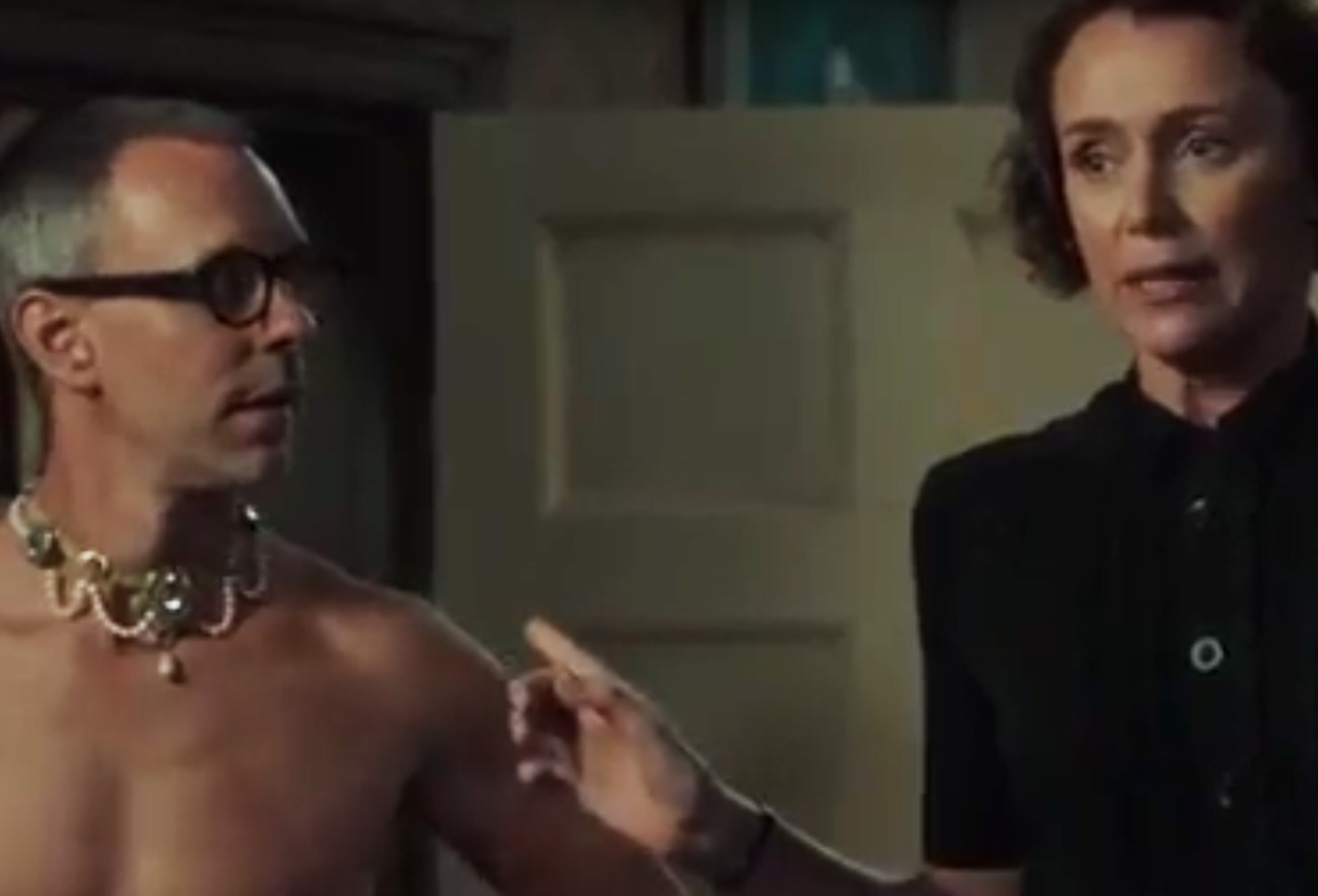 Finding out its very real indeed and worth more than the rest of her whole Aunt’s estate she’s mortified she treated it so casually. Straightway she begins to search the house top to bottom to find it eventually around the neck of one of Durant’s guests Henry, who continually walks around the house naked.

Leslie sets off his trap wounding Zoltan, who heads off to tell the Police and the self-appointed head of security now whinges how he wants his mother to come back a.s.a.p. Bravely Leslie goes to resign, but the new Captain of Police forgives his ‘crime’ and invites him to stay on board. 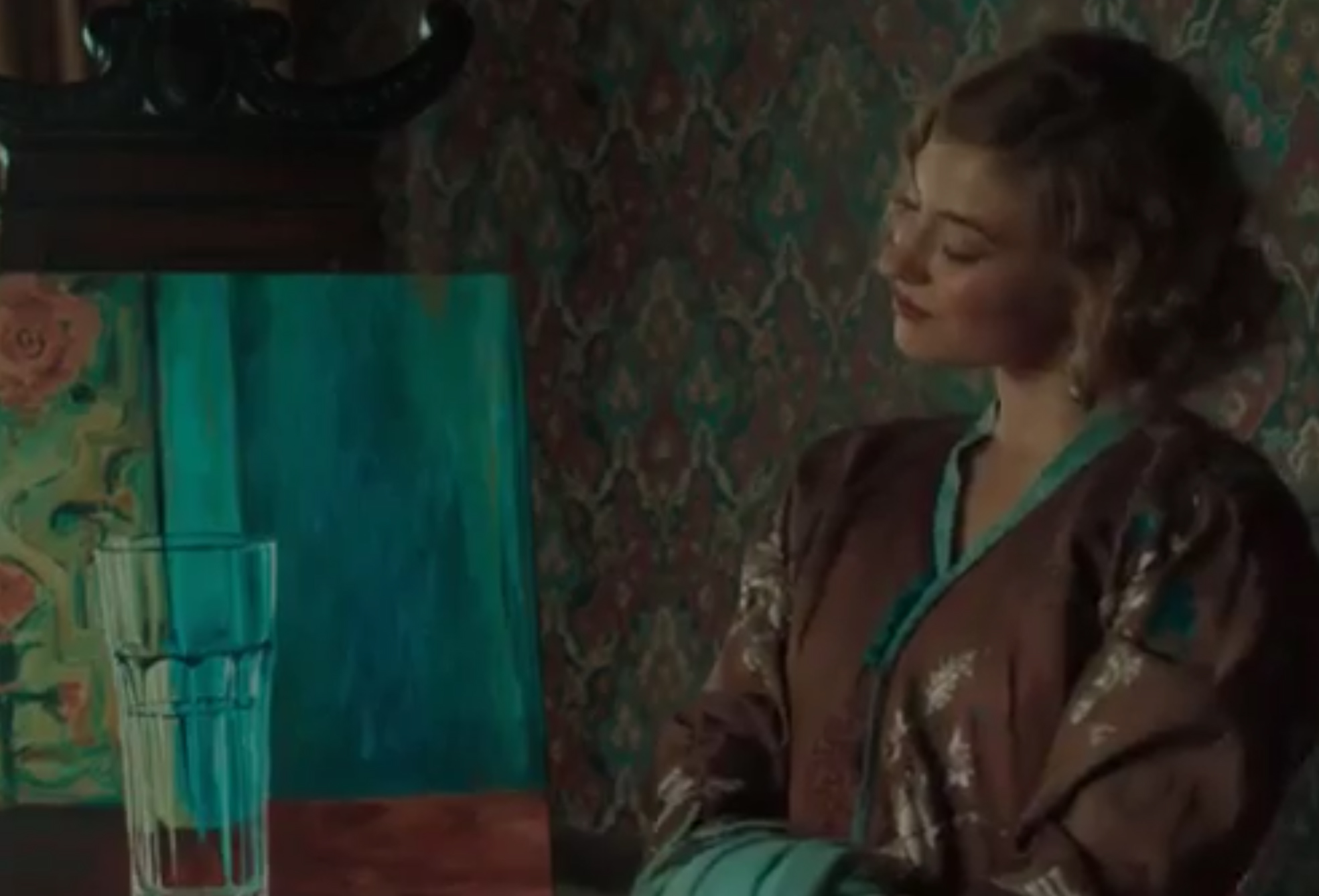 Meanwhile Louisa and Larry have words over his cherished liberal outlook and he tells her he wants to stay in England and she is distraught. Later while she is busy packing Larry discovers the young ‘artist’ he was going to stay in England for sees him in a portrait she has painted, as an ‘empty glass’.

She also reveals she is really after his mother, which somewhat changes his mind about staying put. He likes being the only ‘free thinker’ in the family… out in the world it is so much harder. He tells Louisa he wants to come home to Corfu with her… and before they leave, generously invites all of his newfound friends to come and visit them. 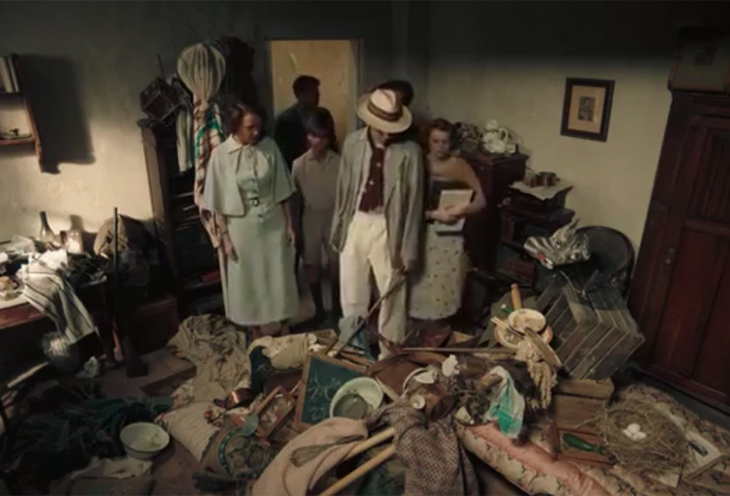 Home again to normality, The Durrells in Corfu

Advised Larry and Louisa have arrived home and are enroute to the Villa means Leslie, Margo and Gerald are in a race to tidy the house. They gather up and dump the entire mess they have made in Larry’s room for him to resurrect.

Instead of being angry when he’s told to ‘tidy his room’ by his mother and that ‘he is not with his arty friends now’, he’s only amused, which makes him at least appear human after all. 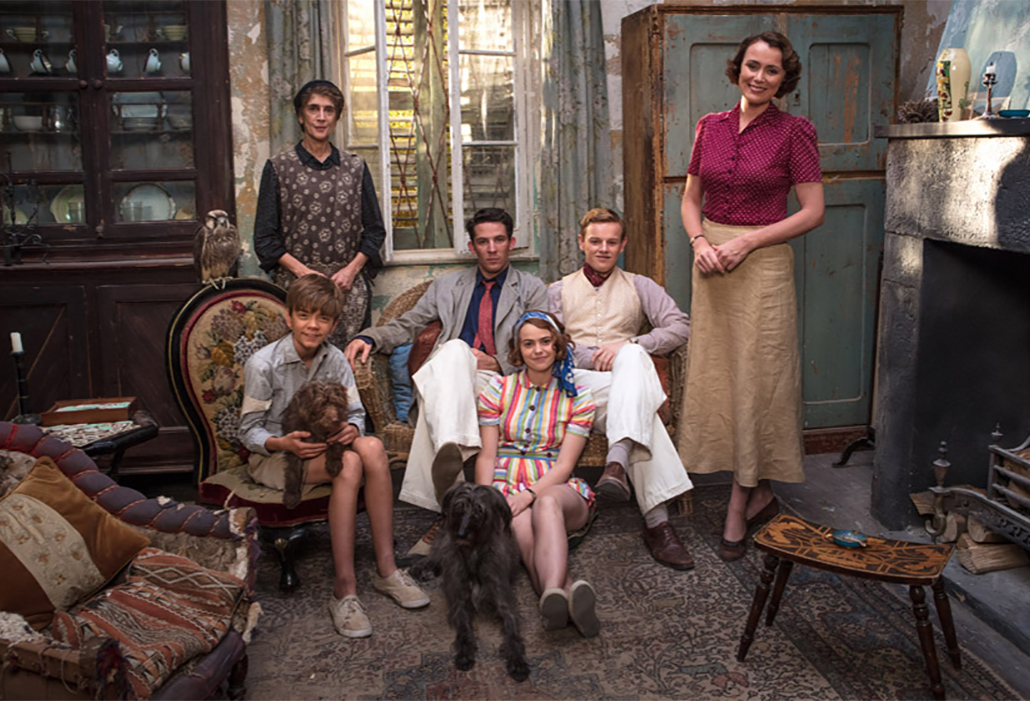 Season 3 of The Durrells is full of surprises and one of the best yet.

Listening to Elizabeth (Beth) McBride’s new CD Lullaby Sweet Baby we experience the power of beautiful music… and how it truly washes away from the soul the dust of everyday life. If you have babies, or are expecting one, then this beautiful CD of lullabies is the Christmas stocking present for 2010.