Mongolia is a landlocked mountainous country, located between Russia to the north and China to the south and their culture has survived on the plateau thousands of feet above sea level for thousands of years. It is one that generally we know little about, an extraordinarily picturesque place on a grand scale, with vast plains, high mountain ranges and deep valleys. It was 2014 when Otto Bell a New York based director was captivated and lured to fund a quick trip to Mongolia, hoping to meet the family of a young thirteen year old girl with the dashing name of Aisholpan. He had seen her photo on the BBC website as part of a photographic story, one that had the promise of an interesting life well lived, one he urgently wanted to capture. Having fulfilled his own quest to meet her, Otto Bell set out to make a beautiful documentary film The Eagle Huntress. 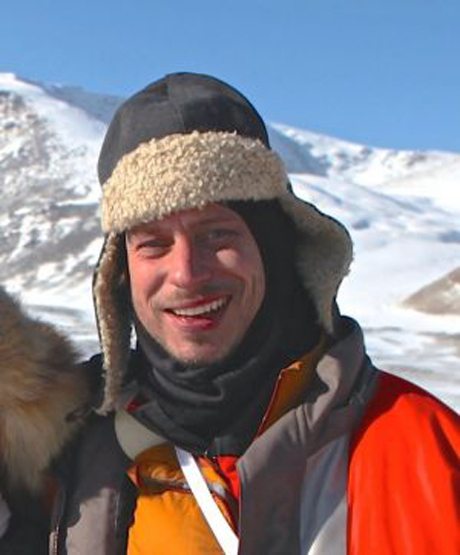 Set in the Altai region of Mongolia where Aisholpan and her family lives, Bell generously gives us a fine portrait of a young girl on the verge of womanhood, one who gives herself permission to soar gracefully with the aid of a magnificent bird, a female golden eagle; White Wings.

Aisholpan wants to be a Doctor when she is an adult, however in her teenage years she expressed her desire to follow in her father and grandfather’s footsteps and be an Eagle Hunter and realising her natural ability her father begins to train her. The Eagle Huntress is a touching story of a young girl who is thoughtful, brave and true to her family of whom she is respectful. Her journey feels very personal. It is a wonderfully uplifting tale, one that ensures you will step back into your own world with not only a smile on your face but also a deep sense of being at peace in the world.

Dear listeners, the announcer says prior to delivering an important message on Mongolian radio. It is such a gentle way to greet the general populace.

In Mongolian society every single person of the population of less than three million in a landmass the size of central and western Europe is not only important, but also treated with respect as revealed in this film.

Aisholpan and her family live their daily life nomadically in a Yurt out in the freedom delivered by the vastness of the Asian steppes in summertime. In Autumn they return to a nearby village and live in a stone house, where it is warmer during the winter time. She is doing well at school, where she boards five days a week and goes home to her family for weekends. This is how all Mongolian children are educated and the circumstances helps them to become self sufficient and to forge strong bonds with each other that will most likely last a lifetime.

Every Eagle Hunter whether a man or woman starts their career by catching the one golden eagle they live with day and night until that time in the future, when they let them loose so that they can reproduce before they die.

On his first exploration of the story trip to Mongolia Otto Bell arrived in a hurry with just a friend with a camera and found they had arrived just in time to capture the most amazing footage of Aisholpan and her father going on a quest to steal an ‘eaglet’ from its mother’s nest. While not having their best gear along with them they realised this was a momentous moment as there is only one small window of opportunity each year to do so; the eagle’s mother having left her young alone in the nest so they can learn to take off and go hunting for food on their own.

Giving them permission to film the whole capture, Aisholpan’s father Nurgaiv is responsible for his daughter, letting her climb down the cliff face on her own with the aid of a rope and a small carpet on a rope to capture the eaglet of her choice

It’s quite a challenge for her, balancing on the edge of a precipice that plunges thousands of feet into the valley below while she attempts to harness a very agitated bird, which is showing great spirit as she rails against her would be captor. However Aisholpan is determined and at this point in their lives, stronger than the mighty bird who has a wingspan of over two metres when it is fully grown. This is when White Wings will use its great agility and astonishing speed to snatch up a variety of prey, particularly foxes that help to feed a Mongolian family living a traditional life in the wintertime.

The capture is an extraordinary piece footage and like many of the early images shot without his best cameras, it stands out… when later to tell the rest of the story Otto Bell needed help from others internationally, including funding to complete the work. Based his backers enthusiasm for this early stunning footage they support him to come back and complete the story, shooting spectacular scenery of this region, which is one of the most uninhabited places on earth and where nature rules supreme.

Daisy Ridley of Star Wars fame became involved early on and as well as being an Executive Producer narrates the piece in English, the conversation in Mongolian being translated through English sub titles. Throughout her struggle to become an Eagle Huntress, like her father and his before him and back down through their generations, Aisholpan finds the strength and courage within herself to achieve what most young women in western culture would faint dead away at the thought of doing. Her strength and courage both physically and internally is more than admirable.

She was the first girl in her family to follow this pathway, which leads to one of the most adventurous and truly brave stories of what it like to follow your heart when supported by the one man who loves you unconditionally for the greater part of your life; your father. “Goodness, I wish I had been fortunate to have a father like hers”, said my companion” when it ended. She and I had a chance meeting when we both sat in the two best seats next to each other at the Palace Cinema Como. We were both moved and enchanted by our experience.

This a truly captivating and enthralling piece of filmmaking, one that retains the gentle beauty of the people and the life they lead, while using modern drone technology to keep us in the loop with what is happening in the air when the eagles are in flight or chasing down their unhappy prey in the snow. It’s all spectacular stuff.

The views too out over the tundra in summer with the mountains looking blue in the background in summer and iced up in winter, are truly spectacular. Eagle hunters live with their birds day and night, carrying them around on their arms, which requires enviable endurance and great passion of purpose. The great moment comes when Aisholpen bearing the fifteen pound eagle on her arm while riding her pony with more skill than an equestrian at the Olympics, competes for the first time in the annual Golden Eagle Festival in Olgii, arriving unannounced and as the first women to take part. She’s up against seventy other trained adult male eagle hunters most of whom have been active for many years, and she takes it all in her stride, calmly and with great patience, a skill acquired watching her father Nurgaiv work his eagles in the thirteen years since she was born. As each test of the festival continues it becomes obvious that she’s near the top of the running, the eagle she has caught is an outstanding example of these great golden birds who rule the skies, a female eagle as determined as her handler with a reputation for ruthlessness – take from that what you will.

When she wins everyone is happy for Aisholpan. However it leaves her in the position of now having to complete her success by taking her young eagle into the wild in the winter to carry out its first kill and prove it is a hunter. Her father Nurgaiv is once again at her side, when in temperatures of forty below they ride out into the mountain ranges day by day in dangerous conditions looking for a fox for White Wings to chase down and kill in spectacular style.

The Kazakh nomadic herder hierarchy, all wearing their stunning traditional clothing, were prompted to comment on what they thought about whether or not Aisholpan would be brave enough to achieve in this generally male dominated activity throughout the story and as one at first they were outspoken and more than doubtful.

When news comes through she has not only succeeded but also now passed all the tests to prove she’s an Eagle Hunter on an equal footing with the men in her field, they are all understandably, rendered speechless. Visually stunning, with enormous impact, if you take this documentary on its face value you will share every moment of Aisholpen’s success no matter who you are or how old you are. It’s a story of human achievement in the face of all the odds, one filled with hope. Being brave is the new black!

The Academy Awards, held this year on the 29th of February, is cinema’s night of nights. Many months of painstaking preparation go towards the perfect look, and every year it doesn’t disappoint! So who wore it best and took out the award for best dressed on the 88th year of…