It’s the 1960’s… I am nineteen and going to the biggest social event of the year – The Melbourne Cup. My sister, a professional dressmaker, has spent two weeks making me an ensemble (yes, that’s what we called a dress and matching jacket way back then).

The outfit is patterned tone on tone pale jade green in the lightest of light wool; perfect for the vagaries of Melbourne weather. The jacket, lined with colour matched silk is single breasted, and nipped in at the waist with fabric covered buttons and belt. If my memory serves me right, I was trying to channel my inner Audrey Hepburn at the time, she wore a super soft green ensemble in “Paris when it sizzles” 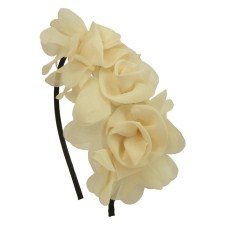 Seem to remember I broke two fingernails using the ‘easy button maker’ pack – things we do for fashion. The dress has a boat shaped neck and is sleeveless, fitted at the waist, the lined straight skirt has a slit at the back – lots of walking to do on Cup Day.

I splurged on the accessories; cream pointy toed heels with matching bag and of course, gloves. Mustn’t forget the hat – hats and me weren’t really an item then or now, but it’s the Cup and you have to wear a hat so I compromised by sewing a large cream flower on a head band.

Cup day morning dawns and I break out a new pair of light tan pantyhose and oh so carefully put them on. Just before Jean Shrimpton scandalized Melbourne matrons with her bare legs, pantyhose are de rigueur for Cup Day and every other social event – ladders or leaving them off, practically a criminal offence. Dress, shoes and makeup on, I take the rollers from my hair and bouffe it up bigtime. The flowered head band winched into place, jacket and gloves on, I am ready to roll. How do I look? Not sure if the The Circle’s Fashion Editor, Jo Bayley, would rate ‘my look’ but for a girl on a bank officer’s salary I think Jo would say ‘good try’.

No car, so no choice – my brother, my girl friend and I train it to Flemington. A large happy crowd and us, surge through the turnstiles at Flemington Station and we’re off – off to watch the horses parade, place a bet, checkout the roses and pretty damn excited, get in position to watch the Cup.

My brother knows a guy, who knows a guy, who opens a gate to allow us to stand in front of the elevated box where legendary race-caller, Bill Collins, The Accurate One, makes his broadcasts. The barrier gates open and they’re off – Bill, binoculars scanning the field, gives the lowdown on who is where, his voice resonates for all those Australians at home and abroad who can’t be at the track on the first Tuesday in November. The crowd roar as the field turns into the straight and for a brief moment I think the horse I backed might have a chance, only brief though, horses fly past and he makes his way to the rear, still, nice to be mentioned. A roar that almost lifts the roof off the stand and the Cup is over. Who won? I really can’t remember. Do I still have the outfit I wore? I wish. Did I have a good time? Better than good, it was a terrific, thrilling experience. Be like the Cup winner; go to the Flemington on Melbourne Cup Day – nothing beats it.

Life & Death in Pompeii & Herculaneum, on show at The British Museum from March – September 2013, reminding us the victims were mundanely and poignantly real