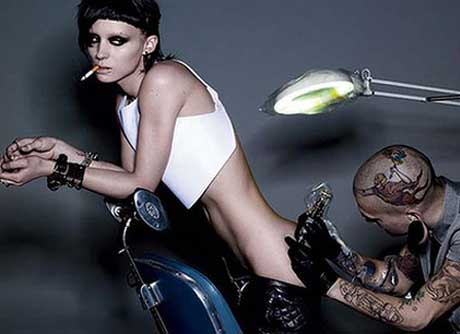 Swedish author Stieg Larrson’s world best-selling dark gritty thriller The Girl with the Dragon Tattoo (2005), the first in a trilogy he finalised just before he died suddenly aged 50 in 2004, has gained a huge cult following since it was posthumously published. That only increased when Swedish Director Niels Arden Oplev made the challenging Larrson novel into a Swedish speaking (English dubbed) movie in 2009.  Director, Daniel Alfredson completed the movies from the other two novels in the same year, Larrson’s  The Girl Who Played with Fire (pub 2006) and The Girl Who Kicked the Hornet’s Nest (pub 2007).

Author Stieg Larsson was editor in chief of the magazine Expo with leading expertise about antidemocratic right-wing extremism and Nazi type organizations. He died shortly after delivering the manuscripts to his publisher and sadly did not live to see the success of his books or know they took the world by storm. 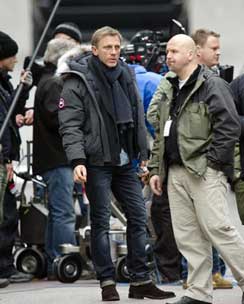 Dark and dangerous, the trailer for an all new English speaking version of The Girl With The Dragon Tattoo, coming later this year was recently leaked online. Some movie buffs thought it was not really a leak, just a thrilling kick start mini look to a well thought out, and what will be a massive marketing campaign sure to surround the movie for its Christmas 2011 – 2012 New Year release.

The MGM movie is being directed by Academy Award nominated American film and music video Director David Fincher and features actors Daniel Craig as Mikael Blomkvist and Rooney Mara as Lisbeth Salander. The trailer has now been officially uploaded by Sony to You Tube and it assumes knowledge of the Stieg Larsson book series. There are quick moving glimpses of snow-covered roads, a dreadful car accident on a bridge, a bloody-faced Daniel Craig, a classical house set silently and symmetrically against a snow covered landscape, a hanging body and compelling motorcycle chases. It completely does away with a traditional narrative and what you can make out in the gloomy atmospheric scenes is certainly captivating.

Watch the Trailer on You Tube and Read on

The modern musical hype for the Metro Goldwyn Mayer (MGM) movie is brilliantly composed, mixed and arranged by Oscar winning Trent Reznor and English musician and composer Atticus Rossis. They continue to prove how music has become so integral in setting the scene and plumbing the emotions of the audience for any successful movie.

Directed by David Fincher- The Girl with the Dragon Tattoo is being shot on location in Sweden based on Stieg Larsson‘s bestselling novel, which has been adapted for the screen by Academy Award winning Screenwriter Steven Zaillian (Schindler’s List) who has been described by the New York Times as ‘the most artful and subtle screenwriter in Hollywood’. Along with Dragon Tattoo, Fincher and Zaillian have signed a two picture deal to also adapt The Girl Who Played with Fire, and The Girl Who Kicked the Hornets’ Nest, which will be shot back to back if The Girl with the Dragon Tattoo is successful.

Stieg Larrson placed his characters against a chilly Swedish backdrop and then added a super smart heroine and a hunky sleuth, who together intelligently go about tackling issues concerning justice, innocence, power and corruption while solving psychosexual serial-killer thriller style mysteries. Rooney Mara is Lisbeth. She appeared in Fincher’s previous award winning movie The Social Network playing the girl who dumped Facebook founder Mark Zuckerberg. She beat off a lot of other aspiring young actresses queuing up to snag the coveted role.

Daniel Craig as Blomkvist, has been critically acclaimed for his role as fictional Secret Agent James Bond in the latest two movies of the Bond franchise, Casino Royale (2006) and Quantam of Solace (2008). Blomkvist is very much an anti-hero, much like Craig portrays Bond, so he should fit the role like a glove.

If you are tempted to think of Sweden as a civic minded sort of place where everyone sits around stylishly drinking coffee and then rides calmly off on an environmentally friendly bicycle, then The Girl with the Dragon Tattoo will shatter your illusions about it being a Scandinavian paradise.

This a thriller that blows your mind. It combines murder mystery mayhem with a family saga, a love story, and then adds a dash of just enough financial intrigue to produce one satisfyingly complex multilayered tale. It has many twists and turns that grab you in a gripping vice like hold and don’t let go. It is paced and plotted with meticulous attention to detail. A highly entertaining story its main characters are caught up in a seething cross current that is both brilliantly written and totally gripping. 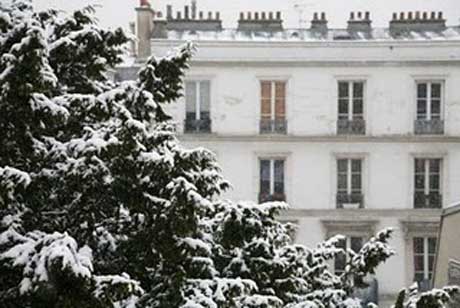 Its reveals that Harriet Vanger, a scion of one of Sweden’s wealthiest families had disappeared over forty years ago. All these years later, her aged uncle a reclusive billionaire Henrik Vanger, played surely to perfection by veteran actor Christopher Plummer, continues to seek the truth. He engages Mikael Blomkvist, crusading journalist recently trapped by a libel conviction, by offering to financially back the struggling Millennium magazine run by the crooked millionaire he works for if Blomkvist in return will solve the mystery. If he does then he will gain the evidence he needs to clear his name and remove the bullying power of his Millennium boss once and for all.

A liberally pierced and tattooed punk prodigy Lisbeth Salander, who is an adept computer hacker with autistic tendencies and a photographic memory, joins forces with Blomkvist to uncover the sickening truth about the 40-year-old mystery.  Blomkvist and Salander tap into a vein of unfathomable iniquity, astonishing corruption and corporate skullduggery that spreads out across a number of continents. Salander attaches herself to Blomkvist with the ferocious loyalty of a tame feral animal and helps him by playing a crucial role in uncovering the truth about Harriet Vanger’s startling fate.

If you haven’t encountered them yet you will be sure to become entranced by Stieg Larsson’s extremely engaging protagonists, the journalist and the hacker, The Girl with the Dragon Tattoo. 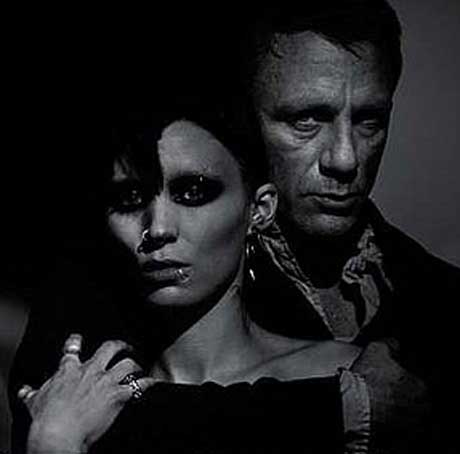 The books are available in Australia at www.bookoffers.com.au

Trailer on You Tube