Music as Art – that in which the hand, the head, and the heart go together In the evolution of the arts of our culture each era, period or age finds expression in its music, as well as in its architecture, literature, philosophy and social life. Music and musicians play a vital role in our enjoyment of life.

Currently contemporary art organizations in Queensland are enjoying newfound successes knock out attendances, full houses and both state and local council supported widely acknowledged cultural programs of musical festivals that are second to none.  Artists perform in the streets, in cafes, in shopping malls, in theatres and at sell out concerts in many varied and exotic venues all around the state.

Based in Brisbane Medici Concerts is all about the power of music motivating, captivating, inspiring and entertaining its audiences. In the final of its 2011 series they are presenting Russian born British pianist Nikolai Demidenko (1955-), who is a supercharged virtuoso performer. 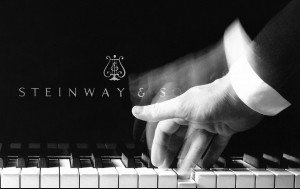 He will play for all those interested in experiencing achingly beautiful music, performed in the grand tradition of the great Romantic virtuosi. This was when nineteenth century European composers like Chopin and Liszt exploited the possibilities of the keyboard, writing prose and poetry for the modern piano so that it became over the next century an extraordinary instrument of musical expression.

The concert is for those who enjoy their music with vigour and passion and want to embrace great moments in music making by completely savouring every moment of the experience, like one would a great wine. The program will feature Frédérick Chopin (1810-1849) Barcarolle Op 60
Frédérick Chopin was one of the greatest creators of music in the romantic idiom. His originality was compelling his musical ideas and phrases sublime.  He remade the musical universe with enchanting melodies and muti-coloured layers of harmony that weave their magical spell capturing, holding and mesmerizing the listener. He had ‘few ancestors and many followers’. A barcarole is at its essence a lovely folk song sung often by Venetian gondoliers. Chopin’s is one of the most famous, composed from the autumn of 1845 to the summer of 1846 when he was already ill and it is the last piece he ever played in public. It displays his ornamental genius in full bloom,  a sweeping soulful statement of dramatic intensity that builds like a sudden storm on a Venetian canal. 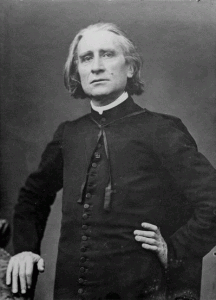 Franz Liszt (1811-1886) Sonata in B minor
One of the most technically advanced pianists of his age Franz Liszt took Europe by storm. He could be considered one of the greatest pianists of all time. His stylish symphonic poems are renowned for influencing many of his contemporaries. Contemporary reviews of his concerts reveal they were played according to feeling, and praise the brilliance, strength and precision evident in his playing. Composed between 1852 and 1853 he dedicated this sonata to Robert Schumann. It is a piece of musical architecture, with a sprawling structure that builds like a great monument to technical difficulty and divine musicality. Frederick Ashton used the sonata for his 1963 ballet “Marguerite and Armand”, created for Margot Fonteyn and Rudolf Nureyev, based on “La Dame aux Camélias” by Alexandre Dumas. It is at the  pinnacle of Liszt’s repertoire.

MUSSORGSKY – Pictures at an Exhibition
Demidenko is renowned for his interpretation of Mussorgsky’s Pictures – ‘symphonic in its range of tone and colour … deeply Russian in feeling and wonderfully evocative.’ It is considered the composers most famous work and has become a showpiece for virtuoso pianists. The 1922 version by Maurice Ravel is perhaps the most known, recorded and performed. It is like a great series of works in Russian art on show at a great exhibition where each painting in the room has themes that are distinctive, but intrinsically come together to complete the whole; a picture of a great journey, during which the line between the observer and the observed vanishes. 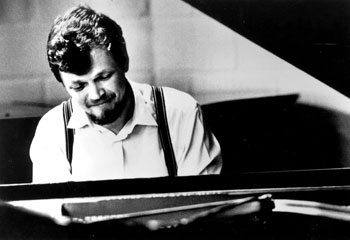 Nikolai Demidenko‘s passionate emotional pianism means that he is in much demand. Proud of his British citizenship, he holds frequent London recitals and his international schedule includes visits to Estonia, Germany, Italy and Singapore playing with great conductors and orchestras of the world.

He has a flourishing relationship with the St. Petersburg Philharmonic and also enjoys a fruitful collaboration with several Russian artists who have made their homes at London. In his early years he studied at the Moscow Gnessin School with Anna Kantor and at the Moscow Conservatoire under Dmitri Bashkirov, a renowned educator and he has taught at the Yehudi Menuhin School in Britain where he has been a resident since 1990.

Granted British citizenship in 1995, Nikolai has a special affinity with the works of Chopin and still travels frequently and far and wide to perform his marvellous works. When he was only just 23 he  won the prestigious Tchaikovsky International Piano Competition. Nikolai Demidenko is a poet of the keyboard – ‘dazzling virtuosity, supercharged bravura … a magisterial performance’

Sometimes when I have no answers to the questions life throws at us at all… I only have to hear a great pianist like Nikolai Demidenko or Jayson Gillham playing Chopin to revive my spirits immediately allowing for things to become very clear.

For Hyperion Records Nikolai Demidenko has recorded albums of Bach–Busoni, Chopin, Clementi, Liszt, Medtner, Mussorgsky, Prokofiev, Rachmaninov, Schubert & Schumann and concertos by Chopin, Medtner (which won a Gramophone Award), Scriabin, Tchaikovsky & Weber as well as the complete Prokofiev Concertos with the London Philharmonic Orchestra conducted by Alexander Lazarev. For the Munich-based AGPL label he has recorded Beethoven’s Hammerklavier Sonata, a collection of Scarlatti sonatas and a Chopin CD which won the Preis der Deutschen Schallplatten Kritik Preis. Autumn 2008 saw the release of a new Chopin CD, including his first recording of the 24 Preludes, for Onyx Classics.

He is a noted champion of the works of neglected composers such as Muzio Clementi, Carl Maria von Weber, Jan Václav Vo?íšek, and Nikolai Medtner, as well as neglected works of well-known composers such as Domenico Scarlatti, Wolfgang Amadeus Mozart, Franz Schubert, and Robert Schumann, and transcriptions by Ferruccio Busoni. Demidenko won a Gramophone Award in 1992 in the concerto category for his recording of the Medtner Piano Concertos No. 2 and 3.