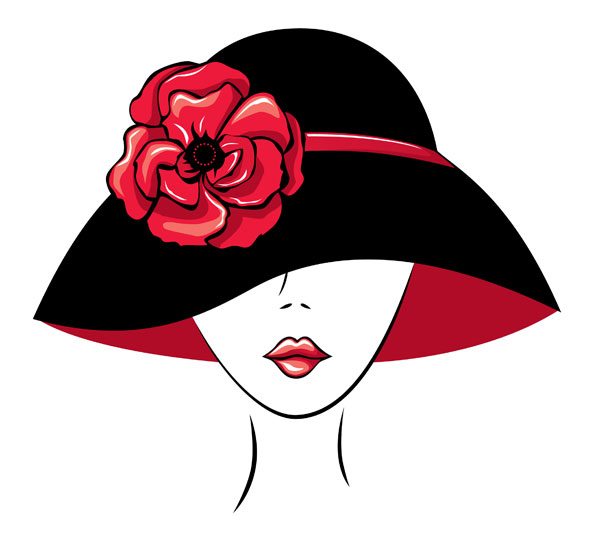 A tit for tat, a chapeau, crown or lid, a Panama, a Stetson, tam, topper, wimple, beanie, bearskin, bonnet, beret, busby or bowler, the wearing of  specialised hats for both fashion and protection has evolved spectacularly since ancient times. 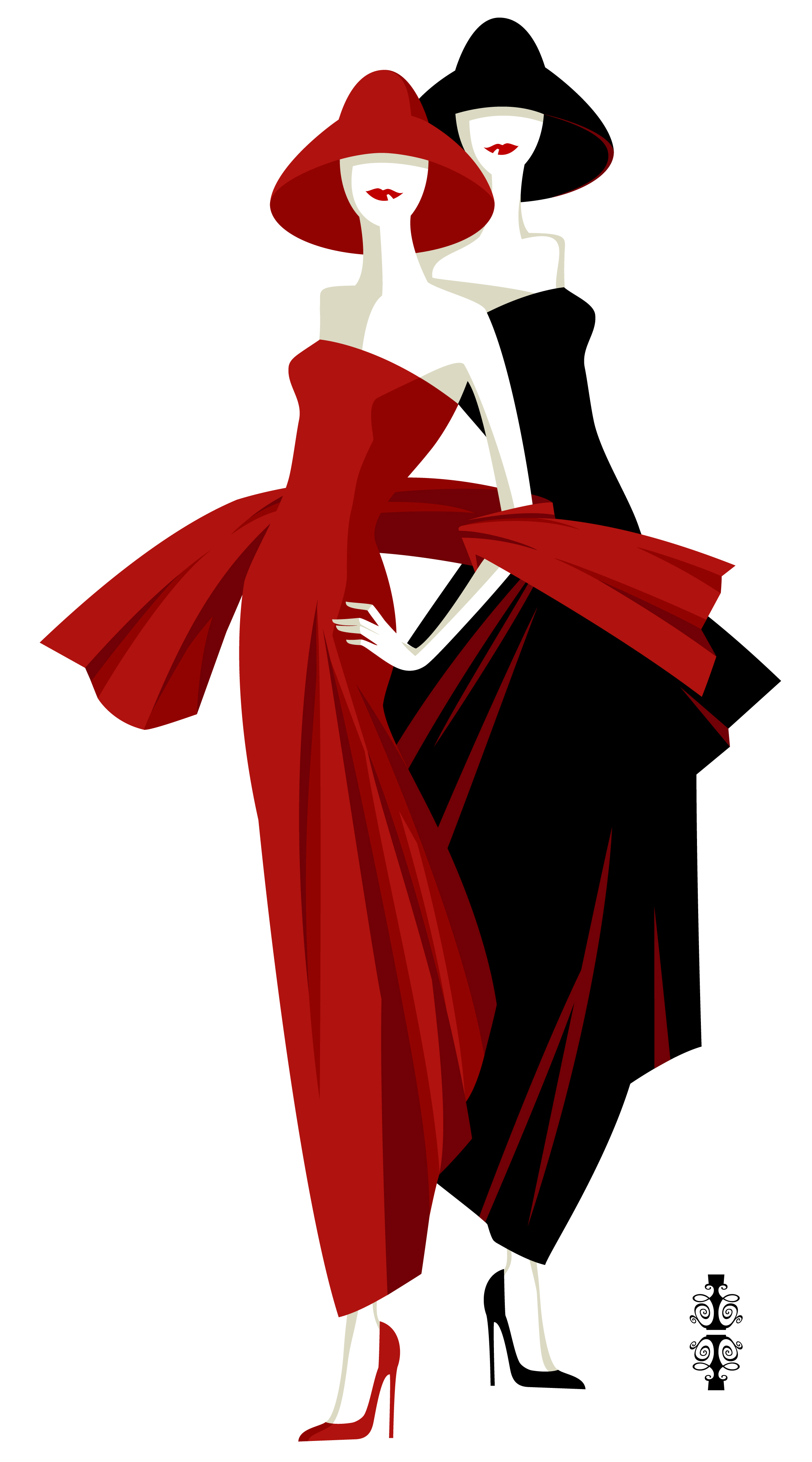 An important aspect of human expression, hats can denote the occupation of the wearer, their status in society, cultural heritage, as well as their religious, professional, political and military affiliations.

We recognise an Egyptian Pharoah from his headdress, the most notable perhaps being Tutahankhamun.

Abraham Lincoln America’s tallest president was characterised by his tall Top Hat, which he habitually wore in public and it became a symbol of prestige and authority.

It made him, apart from his extraordinary face and being six foot four inches tall, more than a memorable human being.

His hat, much like himself grew in status as he proceeded along the pathway to political success. In 1860 it was low, silk and plush and by 1864 he was wearing the ‘stovepipe’, which caricaturists all loved.

So did one marksman, and when someone put a bullet through it, rather than him, it saved his life.

Renowned for keeping important papers in the lining of his hat, On the night he was assassinated by John Wilkes Booth Lincoln was wearing his best black silk top hat adorned with a black silk mourning band in memory of his son Willi.

In Australia for more than a century a ‘man in a cork hat’, designed to keep flies out of the face of early settlers is an iconic image alongside the slouch hat worn by soldiers in World War I and II.

Yet another is the ‘beanie’ worn by fans to the footie (football), which has become perhaps the third most recognized form of national head covering. In ancient times Phrygia was an ancient country between the Mediterranean and Black Sea in what is now central Turkey. The Phrygian kings contributed many oriental ideas to the early Greeks.

In ancient Greece and following that Rome, slaves who had been given their freedom wore a Phrygian cap and for over 1,100 years 120 Doge’s represented the Republic of Venice wearing his Doge’s cap based on the Phrygian model.

Renamed ‘Liberty Caps’ by the French during the French Revolution (1787-1799) caps were knitted between executions by women seated near the guillotine.

Made of felt originally, one of the earliest forms of fabric well known in ancient societies, suitable for head covering, it was useful in protecting wearers from nature’s elements. In many different cultures across the for centuries, and still today women were expected to keep their heads covered.

During the Middle Ages in Europe the Christian ‘church’ decreed a woman’s hair must be covered when entering a church.

Veils, kerchiefs, hoods, caps and wimples dependent on where they lived, their religious affiliations or their traditions, came in great variety.

This is a tradition that only really died here in Australia after the end of World War II.

The women at the churches I grew up living between the Protestant and Roman Catholic churches at Coogee Beach, all wore their hats on Sundays during the 50’s.

It was not until the end of the sixteenth century that fashionable women’s hats, based on those worn by male courtiers, the peacocks of society, began to be seen.

During the seventeenth century the Capotain, a tall-crowned, narrow-brimmed, slightly conical mostly black hat made from felt originated in Europe and in America by the mid-century was associated with the Puritans.

By the eighteenth century hats were a craft at home whether at court, in a castle or in a cottage.

A milliner became the term for the hat making profession named for the city of Milan in Italy where it originally meant supplier of fancy goods, such as straw hats, gloves and other accessories The Tricorne hat (three cornered), preferred by gentlemen and soldiers, as well as infamous pirates like Captain Jack Sparrow.

By the nineteenth century hat making had become a huge profession and in the age of industrialism flourished as fashion dictated because by then it was a key item in everyman’s male and female wardrobe. The buckle trim on the Capotain was a nineteenth century addition.

Once that had happened a hierarchy of employment emerged, with male milliners employing apprentices and seniors to execute delicate trimmings of veiling, ribbons and flowers.

Great ladies of the ‘demi-monde’ in 1851 at the Great Exhibition in London wore hats loaded with plumes showing off their status in society. The variety of hats became endless and many denoted more than just your position in life.

They indicated your fashionable style, the amount of wealth you enjoyed and as the middle classes expanded they wanted to separate themselves from undesirable elements in society and a hat helped.

A Panama hat for instance worn by a fashionable wealthy stylish man in Summer was made through a laborious process.

This started with harvesting the very fine toquilla straw from palm trees in the tropics.

In Ecuador, South America this still today happens along the coastline, where the best Panama hat worn by style conscious men can take up to six months to complete.

The straw needs to be woven by hand so tightly it can take 3,000 weaves per square inch to produce one.

Recently it was reported Simon Espinal in a village in the hills near Montecristi in Ecuador has woven the finest Panama hat in the history of millinery. It took 1000 hours to weave by hand only, using ‘4,000 pin-neat herringbone weaves per square inch’, the ultimate Panama.

In art hats throughout history too have made both first and lasting impressions. A wonderful pastel work, backed with paper and laid down on canvas, is at the Metropolitan Museum of Art in New York. I love this image it’s so elusive.

We cannot clearly see the duo involved, perhaps a mother and daughter making a decision about her first hat.

It was delivered by the artist on October 12, 1881 to the gallery where the man considered to have ‘saved the Impressionists’ Paul Durand-Ruel a French art dealer who supported painters working in the all-new Avant-garde style. The rise of department stores around the world in the nineteenth century allowed wealthy women to order hats made to measure in the styles of the day in their own workrooms and perhaps the height of elegance in hat wearing was during the English Edwardian age (1901 – 1910).

In America by 1915 John B Stetson had a huge hat manufacturing business, the factory covering nine acres of ground, employing 5400 people and producing over 3 million hats annually. He supplied 10,000 retail merchants, distributed through 150 wholesalers including internationally, where some 1125 retail establishments carried his authentic hats, including the hat that made him the original ‘Boss of the Plains.

A handsome very plain number he made for himself using felting techniques when he went west to recover from tuberculosis in a dryer climate. He sought a fortune in gold while he was there, which was not to be.

He was lent $60 capital by his sister and so turned back to hat crafting learned from his father Stephen Stetson who ran the No Name Company that reputedly supplied George Washington. The rest is history and the Boss of the Plains is still a big seller today.

New York became the capital of world millinery by the 1930’s with European designers particularly in Paris, promoting an haute bourgeoisie couture culture. Unable to take the time to put them on before running for a shelter in air raids, they became a frivolous necessity for English women. Headscarves did a far better job of keeping their hair out of the way while they worked in factories or on fixing military vehicles.

After the war during the 50’s once again women and men in some societies returned to wearing them as homage to life before the war when they didn’t leave home without one. During the 50’s in Australia children wore hats to public school just like the kids at posh private school, along with gloves the other essential and they were sent home to fetch these essential items if they arrived at school without them. I know I was such an offender and you could never get away with it, there was always someone to enforce the rules.

Society ladies wore hats and gloves when taking tea in fashionable hotels, when lunching and attending charity functions as a marker of their status.

The hat certainly remained aligned with a thoroughbred horse at fashionable racing events from Ascot in England to Randwick in Australia where all those wanting to be seen as the elite in society wore a hat and still do today.

Chef’s hats became desired by those working in the hospitality industry as a marker of their success. The competition for restaurant hats in a ‘Michelin Guide’ is fierce. With the advent of the hippie age, hats went out of style once more flowers were more the go, and the only time you would see them in Australia was in an American western on TV or at church and that soon changed too. 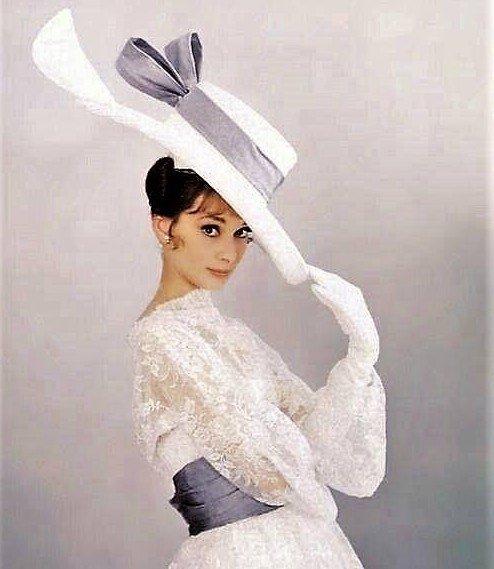 An easter bonnet, as worn by Audrey Hepburn in My Fair Lady (1964) however, would always be in fashion.

During the 70’s hats came back into favour for some, the most fashionable could be bought on Portobello Road in London.

In the music industry in 1977 Jacques Morali and Henri Belolo in 1977 assembled a ‘disco’ group, carefully selecting their costumes to make them stand out with their hats a focus, a cowboy, biker, soldier, Indian chief, policeman, and a construction worker.

They came complete with their appropriate hats singing YMCA, the song that would become a ‘gay’ anthem, despite the majority of its members being straight, truly revealing the power of a hat in symbolism. The Melbourne Cup Carnival in Australia held on the first Tuesday in November each year, like other great horse races held all over the world, attracts both ladies and gentlemen to contribute millions of dollars to the economy as they embrace the wearing of a tit for tat.

When I think of cool Britannia, I immediately envisage The Rolling Stones. Having just celebrated their 50th anniversary from their first gig (not the line up we see today), Keith, Mick and the boys obviously have the “cool” factor. It has helped them survive and thrive in the fickle industry…