The human voice, what a unique and wondrous instrument! The high level of pitch, dynamics, rhythm, blend and layering are the demands of an extraordinary cappella group and these attributes were gloriously adhered to by the fabulous The Idea of North.

This style of musical performance using voices alone was eminently suited to the world famous acoustics of The City Recital Hall, situated in the heart of Sydney, which produces and presents a rich program of concerts and events. The performance space is absolutely perfect for A Little Lunch Music 2018. 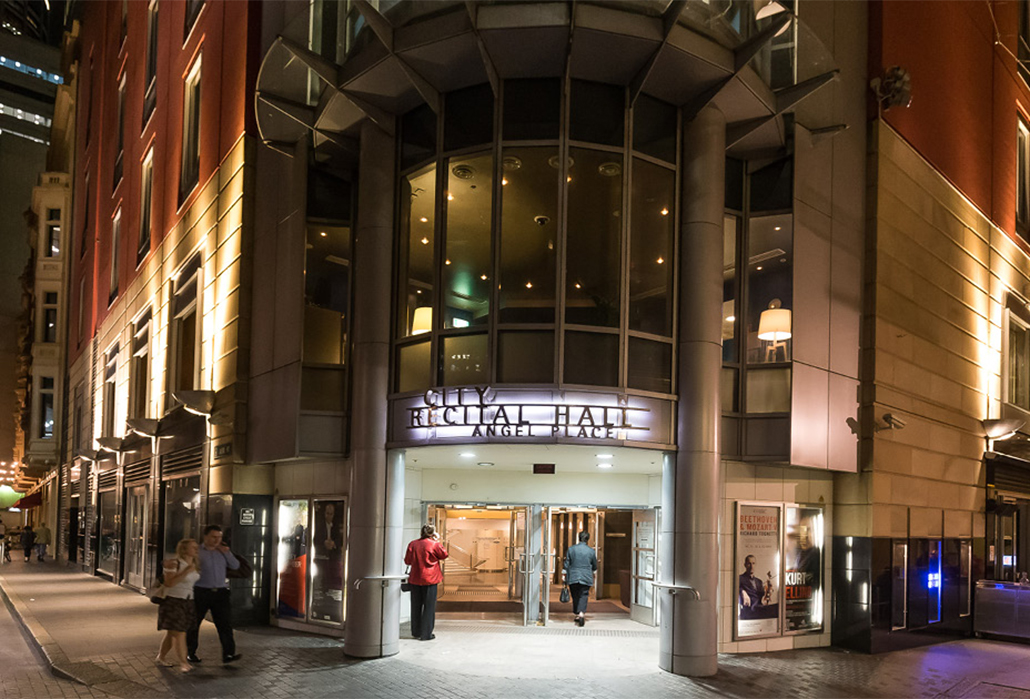 In a note from The Idea of North they clearly articulate “to exploit the wonderful sound this venue makes, we have chosen songs that are perhaps on the more balladic end of the spectrum, although our bias towards performing a variety of styles and genres will undoubtedly reign, if only to remain authentically us.”

The City Recital Hall CEO, Elaine Chia introduced The Idea of North and explained, Artistic Director, pianist Kathryn Selby AM (pictured) and herself have expanded and diversified the A Little Lunch Music concerts in 2018. They have increased the concerts from five to twelve and this concert was a fine and extremely successful example of this variation. 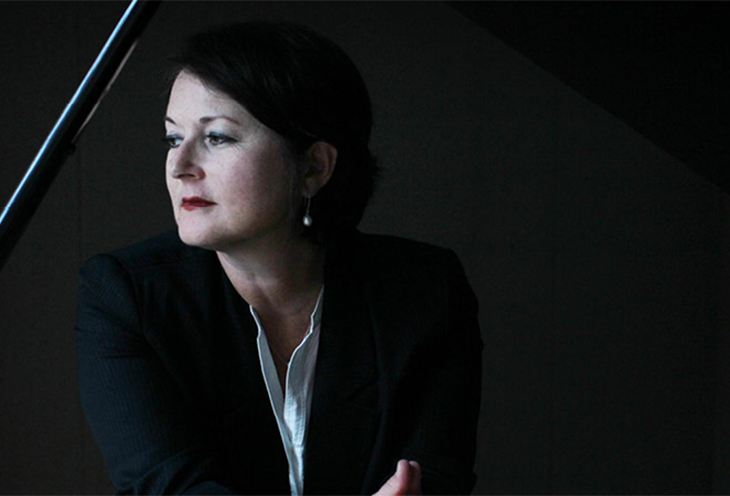 Elaine Chia went on to say The Idea of North could do “anything and everything” with their vibrant, fresh and fun musical approach. Indeed this concert was innovative, entertaining but above all musically energetic and technically impeccable.

The group’s performers are Emma Rule soprano, Naomi Crellin alto and Musical Director, Nick Begbie tenor and the only original member of the group, Luke Thompson bass and the newest member directly from Tokyo Japan Kai Kitamura vocal percussion. Immediately the group began their performance the audience was transported by the sublime harmonies and stunning voices to a world of musical enchantment. 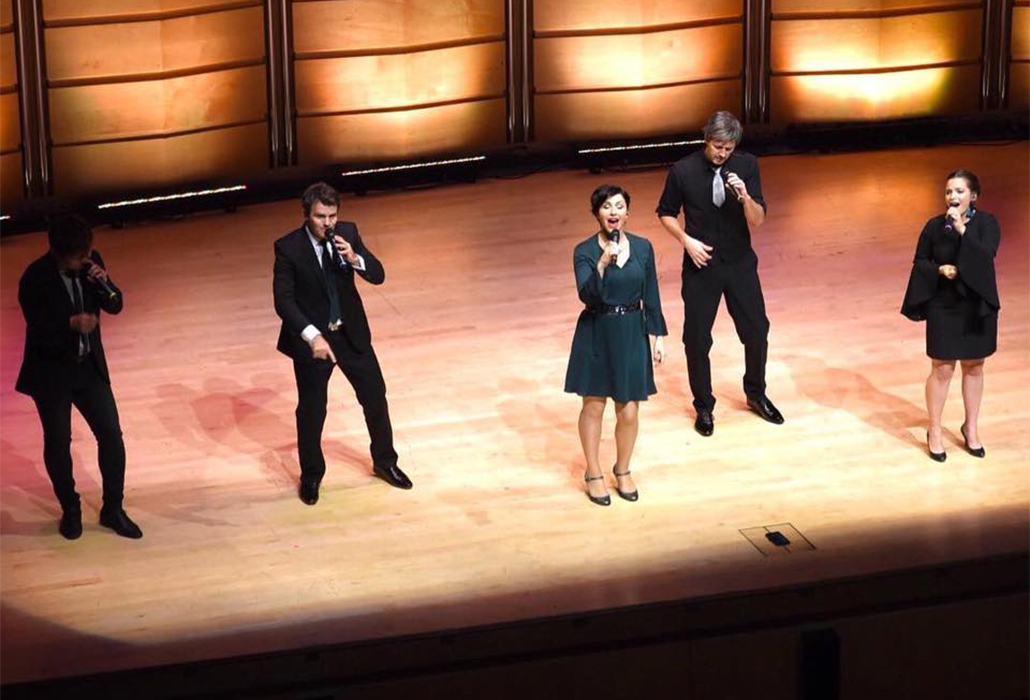 A Dance Medley of three of one of Australia’s most prolific composers of popular music, Jack O’Hagan’s dance hall compositions My Josie and Me, Blue Rhythm and One Little Kiss in the Moonlight set the audience ablaze with the exciting animated entertainment of seasoned performers and sensational singers.

The character and style of the musical performance was enhanced by the subtle and inherent choreography effortlessly integrated into the recital. The velvet tone and timber of the voices was beautifully accompanied and balanced by the rich individual sounds of the vocal instrumentals.

Later in the concert not only were their vocal voices and percussion voices steaming, syncopated dance moves mesmerizing but their panache for comedy was sizzling. 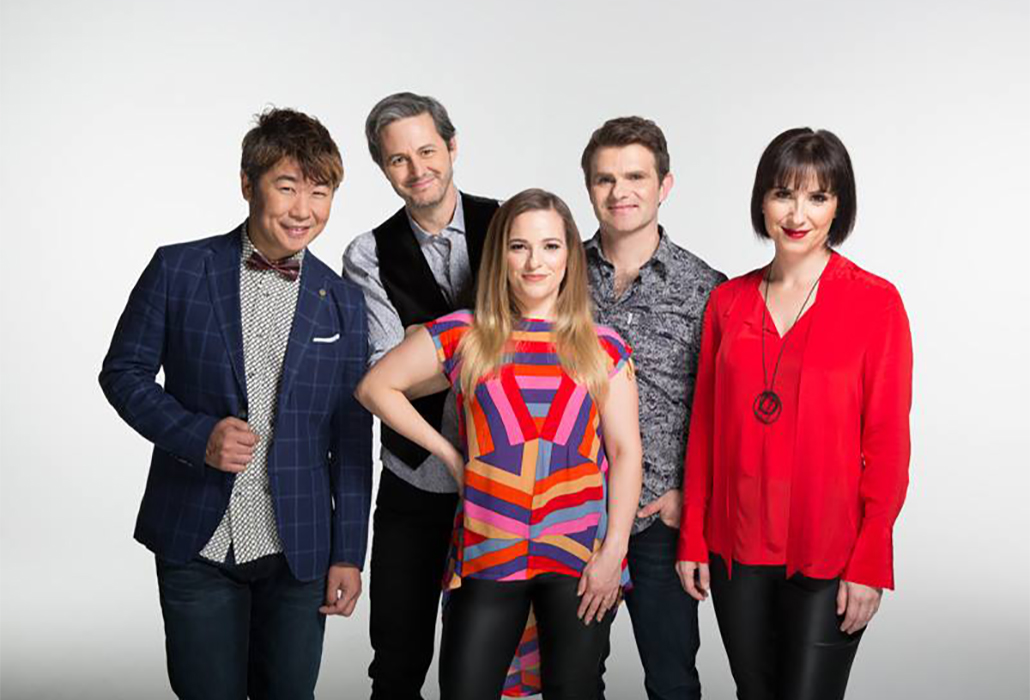 During the 1930’s Jack O’Hagan turned to writing jingles and The Idea of North were only too happy to sing their brilliant version of the Gilbey’s Gin jingle. The lyrics were uproariously inappropriate and hilarious because in that era no evidence was required for the claims the jingle made. This jingle was just right for The Idea of North’s quirky repertoire.

The ingredients of comedy, fun and play rippled through this recital like a harmonic wave’s vibration. The comedy wave crested during Kai Kitamara’s solo performance. His mysterious vocal percussion techniques were still an enigma even after his explanation.

He began listening to his father’s collection of jazz when he was four years old. His dream was to be a drummer but as he lived in an apartment in Tokyo drum practice would have been impossible.

Consequently he developed his own collection of vocal percussion, imitating the sounds of the drums developing the unique style that pervaded his present performance. 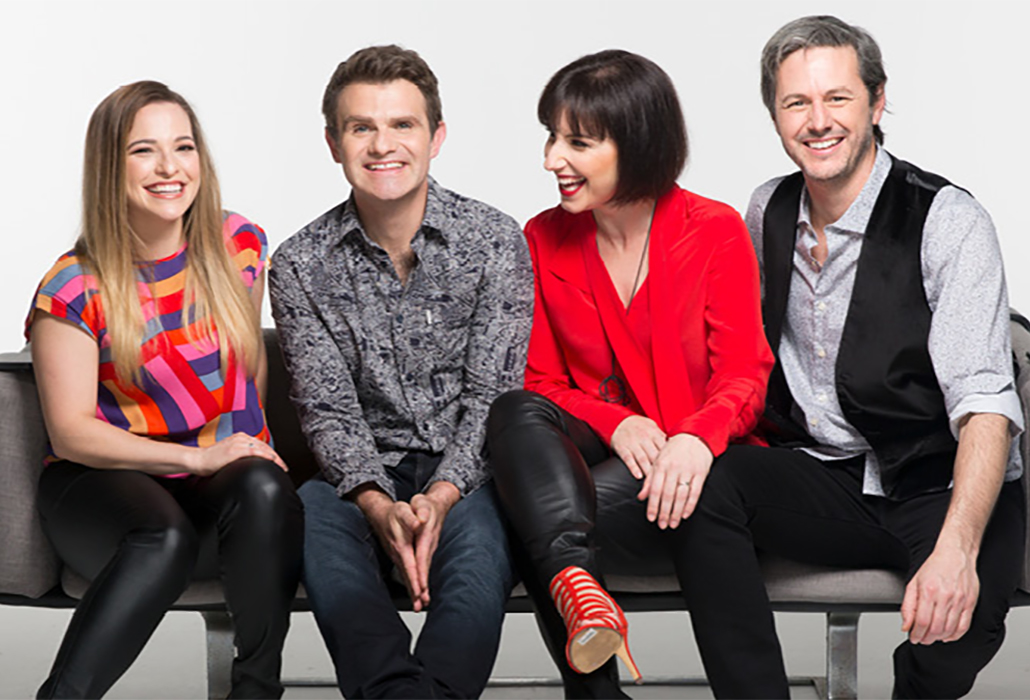 The audience was amazed by his compelling stage presence and the tricks he conjured with his vocal imitation of a vacuum cleaner and the aeroplane flight on Japanese airlines. The vocal sounds were unbelievably accurate and created striking pictures in my imagination. He was a marvel!

Flame Trees, a song by Australian pub rock band Cold Chisel showcased the group’s expressive musical phrasing, essential in this absorbing performance. The singers shaped each line of the song with their perceptive musical and emotional awareness to communicate the narrative.

The striking theme of loneliness was layered in the exquisite song compilation where The Beatles song Eleanor Rigby’s exquisite lyrics had each note sung distinctly for their intended musical effect in the melody and harmony.

The Idea of North’s versatility was demonstrated in their ability to sing in a number of genres and the eclectic array of compositions in their gamut. Nick Begbie arranged Jo Lawry’s I said No, paying homage to this beautiful song and melody. 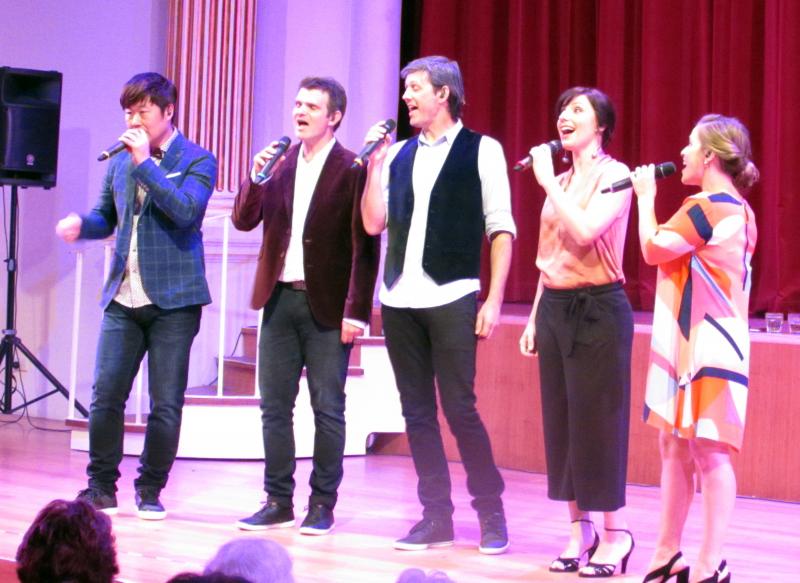 Their intuitive ability to adjust their tone, volume and overall expression to suit the style of the music was authentically delivered as they deviated from their first love jazz to the doo-wop style of the 1950’s.

The ensemble had fun creatively romping with the musical elements and lyrics while exaggerating and playing with the American take on the English language in their version of Ed Fairlie’s There Ain’t No-one Like Her.

I loved the strong inclusion of Australian compositions in the concert and the finale Tim Minchin’s poignant Not Perfect, arranged by Naomi Crellin was a crowning expression.

The performance showcased the individual talents of these extraordinary singers who shared the intimacy of the innovation on the lyrics by Nick Begbie.

The range of notes and textural character of the fine soprano Emma Rule’s voice was enriching.

Naomi Crellin’s vocal control and rich tone embraced the poetic beauty of the song. The charismatic and golden voice of Nick Begbie resonated with sentiment. Luke Thompson’s rich mellow bass voice was melodious and ponderous adding a powerful depth to the group dynamics.

It was also delightful to hear Kai Kiyamura shine in the vocal arena. The expressive whistling at the conclusion of the song echoed the touching quality of the composition.

The warm interplay between the members of The Idea of North, their effervescent energy, love of vocal song and percussion was joyfully communicated to a jubilantly appreciative audience.

Death Becomes Her: A Century of Mourning Attire at The Metropolitan Museum of Art, New York is an exhibition of costume worn during mourning in the 19th century