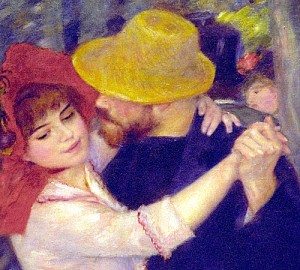 The Impressionists were “terribly popular, terribly familiar and terribly commercialized”. They became popular because people from all walks of life, all creeds and all backgrounds were able to plug into it their art movement and its message about life. Pierre Auguste Renoir (1841-1919) was the people painter of the bourgeoisie at play. His adventurous use and love of colour is evident in all his works, which were plush snapshots enhanced by a spectacular use of colour, light and movement. More than half the works of Edgar Degas (1834-1917 depict dancers partly because they sold well and keeping food on the table was always hard for artists. As the years went on the lines between reality and fantasy became blurred and early impressions gave way to abstraction late in life. 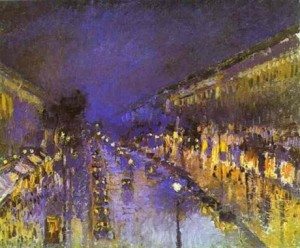 Camille Pissaro (1830 – 1903) first brought the 15 initial aspiring artists together to establish their collective, or ‘impressionist’ society. We could say their work turned out to be a lasting impression. Pissarro was a father figure to the movement as well as friend and mentor to major post impressionist figures such as Van Gogh, Gauguin and Cézanne. 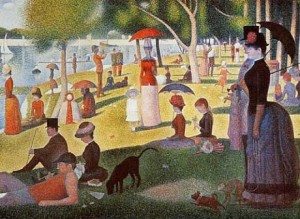 Georges-Pierre Seurat (1859-1891) nearly brought the movement to a full stop with ‘dotty’ paintings overlaid by concepts of classicism. His Sunday Afternoon on the Island of La Grand Jatte depicts members of the different social classes and is an extraordinary testament to his abilities at blending colours optically. He died suddenly at 32 years of age so we are left to ponder only on what might have been. Dear Claude Monet (1840 – 1926) who helped found ‘impressionism’ was the most consistent and prolific practitioner outliving nearly all his colleagues. Defying all the odds, including blindness Monet managed to continue being radical making sure the Impressionist’s style remained as it always had been, full of possibilities. 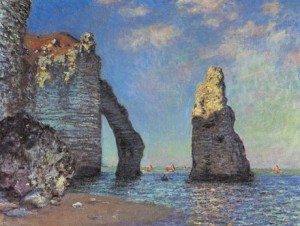