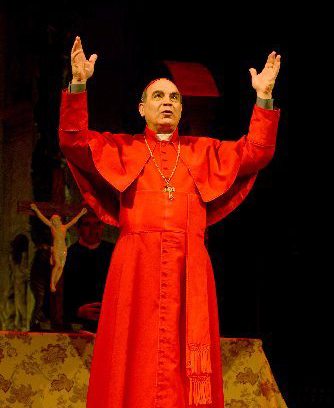 The Toronto Star reporter said after viewing the critically acclaimed conspiracy thriller The Last Confession “You might not think a play about power politics in the Catholic Church could provide you with a thrilling time in the theatre, but you’d be wrong…”

The Last Confession written by Roger Crane is a thriller tracing the dramatic tensions, crises of faith, and political manoeuvering surrounding the death of Pope John Paul I (1912-1978) inside the Vatican only 33 days after being elected.

The story is set within the corridors of power at Vatican city in Rome, starring revered English actor David Suchet as Cardinal Benelli.

The play traces how the powers that be inside Vatican City refused to conduct an official investigation into the Pope’s death and how the politically savvy Cardinal Giovanni Benelli, who engineered the election of Pope John Paul I, is determined to find the truth.

“The Last Confession…packs in more suspense than the average murder mystery”. Most amazingly, it’s based on historical fact and should spark plenty of debate not only about the act of confession itself, but also the state of the Catholic Church today.

An International team of some twenty actors will deliver this exceptional show into Australian theatres in August and September this year in Sydney, Perth, Brisbane, Adelaide and Melbourne.

The play toured the UK in the spring of 2007, before being transferred to the Theatre Royal, Haymarket, with the cast including English actor David Suchet. It was Broadcast on BBC Radio 4 on 4 October 2008.

He reprised the role in October 2010 when it travelled to Toronto in Canada and before coming to Australia it will play in Los Angeles under the direction of Jonathan Church (Artistic Director of the famous Chichester Festival Theatre.

Suchet is quoted as saying recently he’s looking forward to the opportunity of coming to Australia and saying thank you to all his fans here in person. 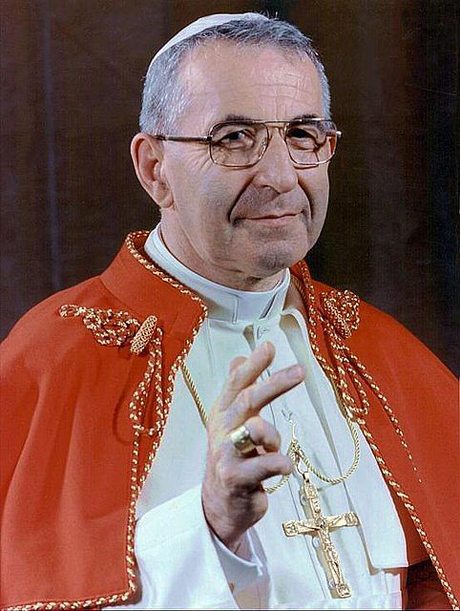 John Paul 1 was a Pope well suited to the Catholic Christians of the post-modern era, which for many of his colleagues was alarming.

His ideas for a progressive papacy for Catholics have been likened to what the Kennedy era was for Americans.

It was all about having the right person in time as a leader, one the people could project their own hopes and dreams onto so hopefully they would come true.

Confession is one of the seven sacraments of the Christian church, which until the middle of the twentieth century was practiced regularly and avidly by Roman Catholics all around the world.

The idea is that when we hurt others we have an opportunity to redeem ourselves, to gain inward grace through accepting our responsibilities.

It is all about coming to terms with our own actions and about seeking that act of grace as offered by Jesus Christ. When John Paul 1 was elected to the papacy he took up his role with grace and with the same keenness of mental perception and understanding, as well as the intelligence he displayed when he was patriarch of Venice.

In a speech to the College of 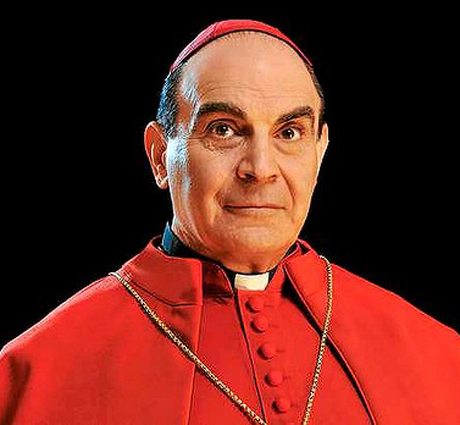 Cardinals on the morning after his election, John Paul I had said clearly “We want to recall to the entire church that her first duty is still evangelization.

A pastorally minded figure that tried to hold a divided church together, he died long before he could set any of his proposed liberal reforms in place.

He may not have had the swashbuckling bravado of Pope John Paul II or the professorial precision of Pope Benedict XVI, but he was unique.

He possessed a bright, breezy, mild, informal style, and displayed a genuine social open-mindedness, leaving behind a ‘legacy of gentle compassionate bridge-building’

Suspicions were aroused following his death when it was revealed the new Pope had warned three of his most influential, but also his most hostile Cardinals they would be replaced on the evening before his death.

Today the conspiracy theories and myths that surround his early demise are still a matter of intense debate, which will most likely never be resolved.

This is one night at the theatre that should attract a great deal of interest and big crowds.

TICKETS ON SALE FROM FRIDAY MAY 16th

The BBC 1 television series The Paradise is a love story set in England’s first department store in the 1870’s, where the art of shopping is a serious business. It has concluded Series 1 after 8 episodes so if you haven’t watched it yet and don’t want us to spoil…