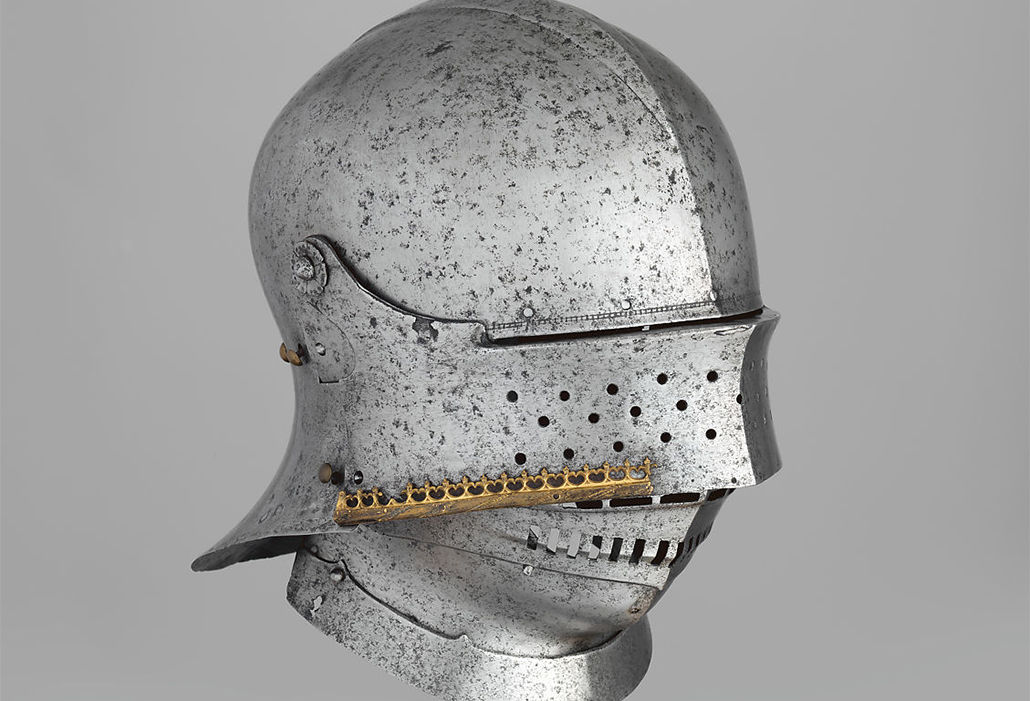 Wearing arms and armour, either in antiquity or during the so-called middle ages and Renaissance periods in England and Europe, must have been a daunting experience for most men, no matter how manly or heroic they considered themselves to be.  The weight, the many difficulties it must have raised were mostly left unsaid, and in the main ignored, as splendidly accoutred knights widely respected the code of chivalry, of which they were an integral part. Their core strength must have been amazing.

The first major exhibition to focus on the critical role armour played in the life and ambitions of the Holy Roman Emperor Maximilian I (1459–1519) will open at The Metropolitan Museum of Art, New York on October 7, 2019. 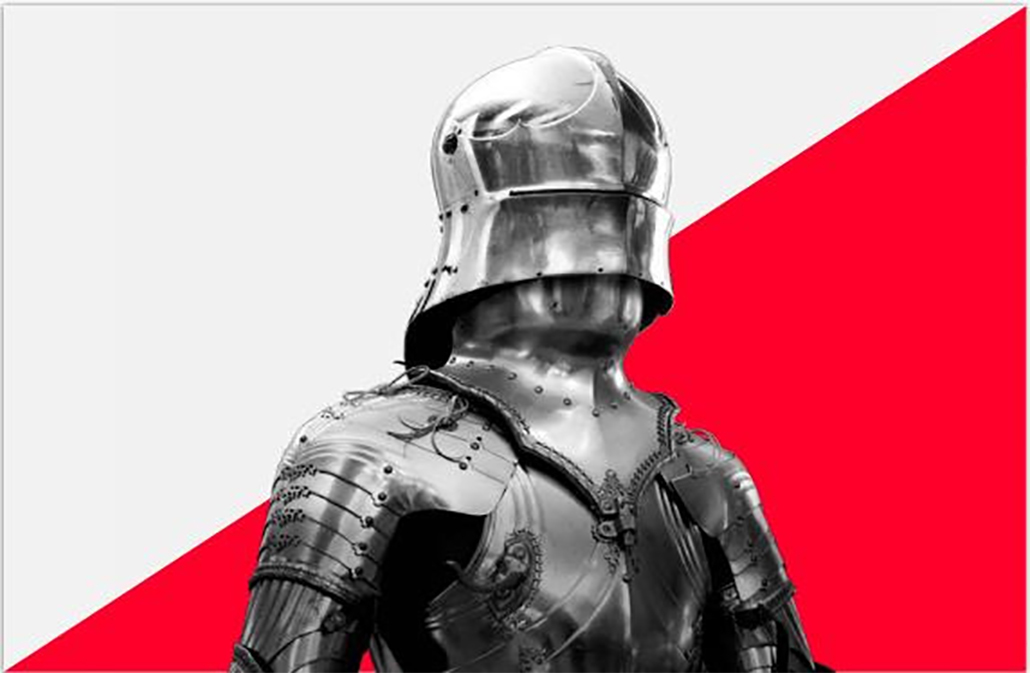 The first exhibition of its type in decades, The Last Knight: The Art, Armor, and Ambition of Maximilian I will, through the lens of this legendary ruler’s life, seek to discover how his ‘worldly aspirations, imaginative stratagems, and resolute efforts’ helped forge a lasting personal and family legacy.

The Last Knight will reveal how Maximilian, an ambitious European ruler at a turning point in the history of the world, used armor to serve his personal and dynastic aspirations and influence the politics of the time,” said Max Hollein, Director of The Met… “… this exhibition will also reveal how the emperor used all the forces at hand including power and prestige…to forge a heroic image and everlasting legacy” he said

Planned to coincide with the 500th anniversary of Maximilian’s death, this exhibition will bring together more than one hundred and eighty objects selected from some thirty public and private collections in Europe, the Middle East, and the United States. Showcased together with works of art that emphasize the emperor’s dynastic plans, outstanding examples of armor will provide an insight into the centrality of the codes of chivalry at the imperial court and beyond. 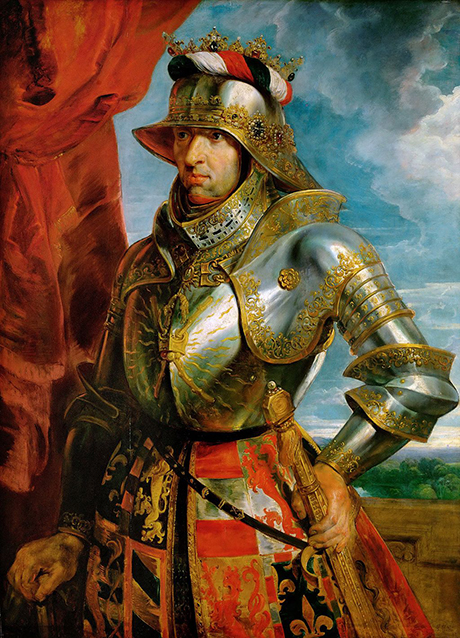 Most will come from the collection of the renowned Kunsthistorisches Museum at Vienna, together with works from additional collections in Austria, generous loans from the Albertina Museum in Vienna and from the Tiroler Landesmuseum Ferdinandeum, Innsbruck.

They will be on display with drawings, prints, paintings, sculptures, stained glass, tapestry, toys, weapons and a series of sandstone reliefs, which were commissioned by Maximilian to decorate the façade of the celebrated Goldenes Dachl, the loggia of his official residence in Innsbruck.

Austria’s greatest artistic treasures have never left the city of Innsbruck before. They will form part of a selection of extraordinary international loans, including many different suits of armour created for Maximilian and his descendants, relatives, and allies.

During the fifteenth century the re-discovery of ancient Greek and Roman manuscripts and treatises in the monasteries of Europe, would help to bring about great change during the sixteenth as knowledge expanded.

Maximilian 1 lived his life during this period, at the dawn of the rebirth of humankind. The beginning of democratic freedoms started during this time and there were great advancements in technology, developments in printing, engraving, metallurgy, designs for ships of war and firearms, not to forget outstanding architectural achievements.

Accomplished architects, artisans and interested members of the aristocratic elite, began ushering in a whole new era emboldened by all new knowledge. Servants of the Country, a body of well-organized mercenaries he retained, fought a series of wars for him, so armor was integral to his, and his families life’s journey. Christianity embraced every aspect of life during the European Middle Ages and at the beginning of the Renaissance feudalism rested equally with those who prayed, those who went to war and those who worked the fields. Europe’s social equilibrium depended on all three groups co-existing happily for a long time. Now all that began to change.

Marriages of convenience were arranged by all the ‘top people’, in order to bring fortunes and land together. Maximilian I ensured his family, the Habsburgs, continued to become dominant throughout the sixteenth century in Europe. At first through his own marriage to Mary, daughter of the Duke of Burgundy, gathering wealth and lands and military might along the way.

He also gave his lineage prestige as well, by marrying his and Mary’s son Philip off to a daughter of Spain, while his daughter Margaret was wed to Charles VIII of France. 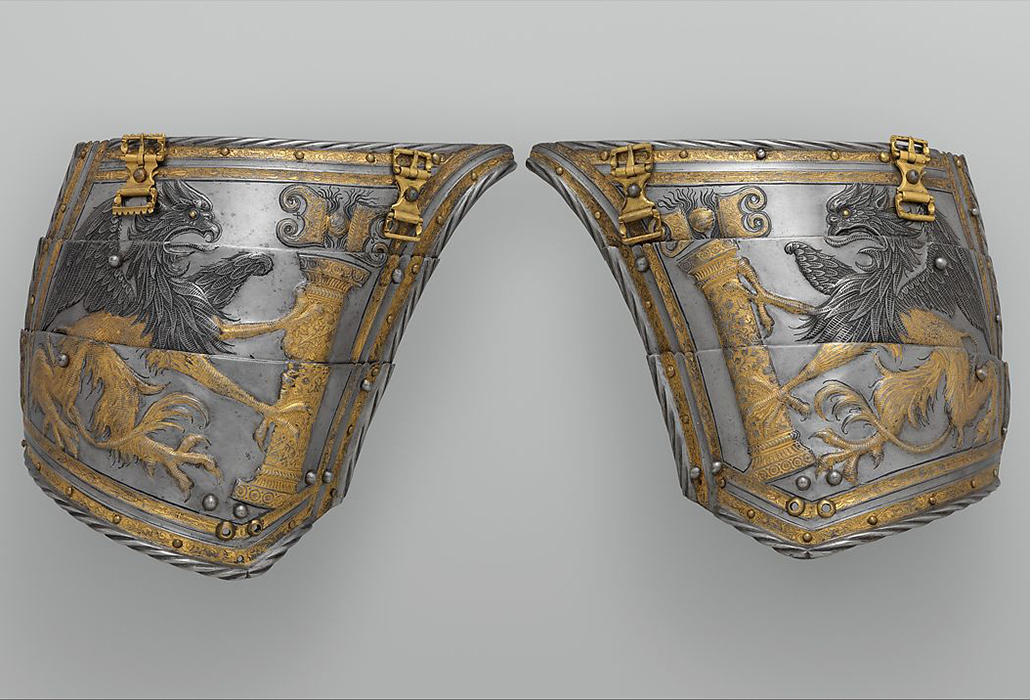 His grandson would succeed to a vast Habsburg realm, where he would also be able to wear the imperial crown as the Holy Roman Emperor Charles V (1500 – 1558).

Maximilian was renowned for being open to new ideas, enthusiastic about promoting science as well as the arts, keeping chroniclers of his history busy with projects that showed him off in a glorious light. 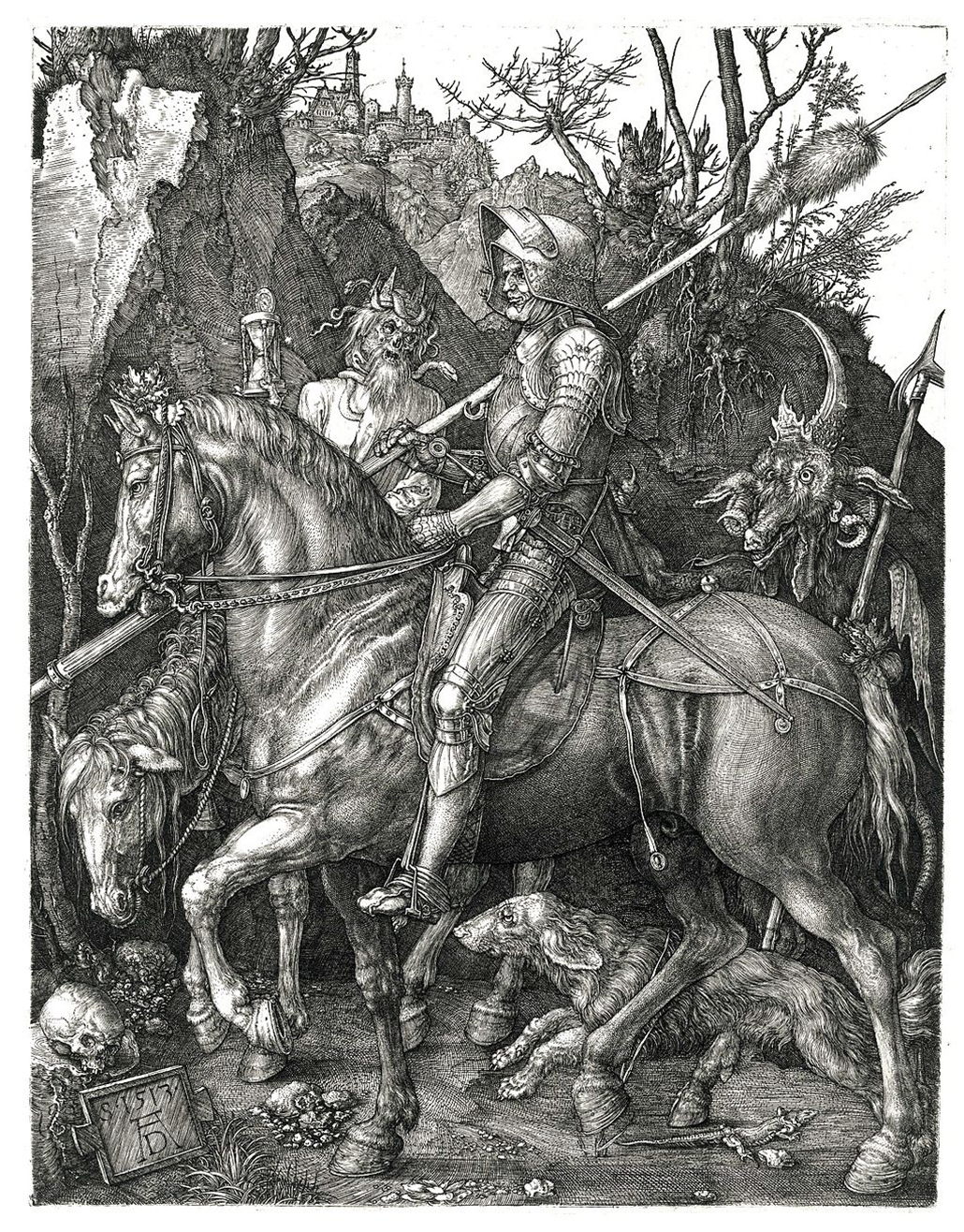 He employed many great artists and between 1512-1519, the German Renaissance artist, painter and printmaker Albrecht Durer (1471-1528) was seconded into his service. Durer was one of the first artists to leave behind a series of self-portraits, providing a great insight into the man. He painted two portraits of the Emperor during his time at court, producing several informal paintings of great charm.

A master at printmaking, Durer perfected a process whereby the artist creates images, which are then transferred to another surface after they are prepared. He became a specialist at woodcut printing, which required him to carve a wood block and then ink the raised surface left behind.

He created a set of drawings, which were used in the margins of the emperor’s prayer book and mastered etching in iron Other works will come from Belgium, France, Italy, Spain, the United Arab Emirates, and the United Kingdom.

The Last Knight: The Art, Armor, and Ambition of Maximilian I

This exhibition is made possible by Jo Carole and Ronald S. Lauder with additional support is provided by Kathleen and Laird Landmann and Marica and Jan Vilcek.  It will be accompanied by an illustrated catalogue with contributions from leading scholars in the United States and Europe. The exhibition is organized by Pierre Terjanian, Arthur Ochs Sulzberger, Curator in Charge of the Department of Arms and Armor at The Met.

What is fashion? Is it glamour, beauty and style? Or, is it all about managing your own finances, living it up on a shoestring and trying to looking current and cutting edge while wearing someone’s cast off’s! Are there really rules about this sort of thing?  Where does style fit…