Author Michael Korda’s HERO is the story of an epic life on a grand scale: a revealing in-depth gripping biography of the extraordinary, mysterious, and dynamic Englishman whose daring exploits, romantic profile, blonde sun-burnished good looks and flowing white robes made him an object of intense fascination as well as famous the world over as “Lawrence of Arabia.” Many know T.E. Lawrence from David Lean’s Oscar-winning 1962 movie based upon Lawrence’s autobiographical Seven Pillars of Wisdom.

However in the tradition of modern biographers, Michael Korda’s penetrating examination of this world famous figure reveals new depth and character in the twentieth century’s quintessential English hero.

Author of the New York Times bestselling Eisenhower biography Ike and a captivating Battle of Britain book entitled With Wings Like Eagles, Korda has produced a critically-acclaimed definitive biography of T. E. Lawrence, who was the legendary British soldier, strategist, scholar, and adventurer, whose exploits as “Lawrence of Arabia” created a legacy of mythic proportions in his own lifetime.

An Oxford scholar and archaeologist, one of five illegitimate sons of a British aristocrat who ran away with his daughters’ governess, T.E. Lawrence was sent to Cairo as a young intelligence officer in 1916. He vanished into the desert in 1917 only to emerge as one of the greatest, and certainly most colorful figures of World War One.

Although he was a foreigner, he played a leading and courageous part in uniting the Arab tribes to defeat the Turks, eventually capturing Damascus and transforming himself into a world-famous hero, hailed as “the uncrowned King of Arabia.”

In illuminating Lawrence’s achievements, Korda digs further than anyone before him to expose the flesh-and-blood man and his contradictory nature. Here was a born leader who was utterly fearless and seemingly impervious to pain, thirst, fatigue, and danger. Yet he was one who remained shy, sensitive, modest, and retiring; a hero who turned down every honor and decoration offered to him. Lawrence was racked by moral guilt and doubt. He was a scholar and an aesthete, who was also a bold and ruthless warrior; a writer of genius and the author of Seven Pillars of Wisdom, one of the greatest books ever written about war.

He was the virtual inventor of modern insurgency and guerrilla warfare; a man who at the same time sought and fled the limelight and found friendships, with everyone from Winston Churchill to George Bernard and Charlotte Shaw, from Nancy Astor to Noël Coward, a substitute for sexual feelings he rigorously, even brutally and systematically repressed within himself.

As Korda reveals in his brilliantly readable and formidably authoritative biography, Lawrence was not only a man of his times; but a visionary. His accomplishments as a farsighted diplomat and king maker, military strategist of genius were extraordinary. He was also perhaps the first victim of being a “media celebrity”. 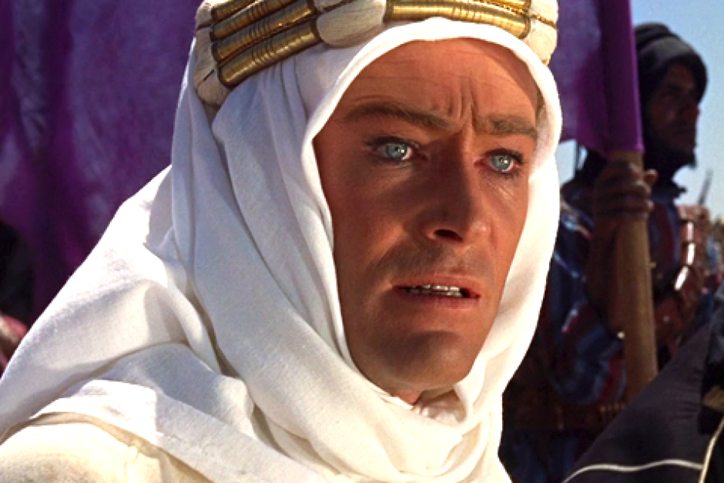 As an acclaimed writer he transcended his own era. Korda examines Lawrence’s vision for the modern Middle East plans that, had they been carried through, might have prevented the hatred and bloodshed that have become ubiquitous in the region.

Ultimately, as this magisterial work clearly demonstrates, Lawrence of Arabia is, and remains, one of the most unique and fascinating figures of modern times the arch-hero whose life is all at once a triumph and sacrifice. His capacity to astonish remains undimmed.

If you love biographies and seek the perfect present for those with an interest in human achievement this is the volume to seek out. You can purchase it online from www.bookoffers.com.au.

Michael Korda is the former editor in chief of Simon & Schuster and is the author of many books, most recently With Wings Like Eagles: A History of the Battle of Britain . He served in the Royal Air Force and lives in Duchess County, New York.

The Australian Antiques & Art Dealers Association Fair will be held in the stunning Royal Exhibition Building, Carlton Gardens Melbourne from 8 – 11th May 2014