Examining the dialogue between inside and out and the adornment and ingenuity of the timepiece, the exhibition The Luxury of Time: European Clocks and Watches now showing at The Metropolitan Museum of Art in New York until March 27, 2016, reveals the complex evolution of European clock and watchmaking.

All the timepieces on display are from the Met’s distinguished collection of German, French, English, and Swiss horological pieces from the sixteenth through the nineteenth century, including an opulent Lepaute gilt-bronze mantel clock.

A recently acquired work; an automaton clock made in Nuremberg in the early seventeenth century depicting Urania, muse of astronomy will be another highlight of the installation.

By the end of the seventeenth century in Europe the ‘remorseless subjection of humanity to the clock’ resulted from a growing a public passion for science and the mechanics of invention, which saw timepieces become treasured objects of desire.

Craftsmanship was involved, as many different trades worked in collaboration to produce an outstanding result. This included cabinetmakers, goldsmiths and silversmiths, enamellers, chasers and gilders, engravers, and even those working in the worlds of sculpture and porcelain.

The exteriors were lovingly handcrafted to house superb internal mechanisms that evolved along with their cases, to reflect the advancement of timekeeping technologies and new and improved skills in those providing their outer casing.

So much so they eventually gained a central place in the evolution of the decorative arts. The Met Museum has a wonderful collection of time pieces, including a long case clock with calendric, lunar and tidal indications, its movement made by Thomas Tompion.

One of England’s most famous early makers of clocks, watches and scientific instruments working with the King William and Queen Mary’s designer Daniel Marot, Tompion produced high complicated clocks. By 1690 he was employing as many as 20 people at his establishment

Appointed clock maker for the Royal Greenwich Observatory in 1676, he became a master in 1703 and in 1707 was made a freeman of the city of Bath.

Within a few years of his arrival in London’s Horological community, he was its most renowned member, cleverly capitalizing on the demand for his work to become the trade’s leading retailer. His many firsts in the advance of the technology were indeed significant,

Many clocks and watches as manufacture moved into the eighteenth century, were made into lavish furniture or exquisite jewelry at the time.

None more wonderful than one clock in the show made 1714 – 1774, which has a stunning neoclassical styled casing with Chinese ornamental motifs with a movement by Ferdinand Berthoud, a Swiss chronometer-maker It also has glorious gilded mounts thought to be by French sculptor Phillippe II Caffieri (1714-1744), it is a lesson in oak veneered with ebony and brass, with gilt bronze mounts, white enamel dial and a movement of gilded brass and steel.

Collectors of these great works of art consider the movement the most important aspect of any clock today, and makers of these eventually achieved much fame in both their lifetime and ours.

Ferdinand Berthoud (1727-1807) gained an extraordinary reputation, especially for his Marine clocks guiding the vessels of the King of France.

Moving to Paris in 1745 his marine chronometers were renowned for their excellence and accuracy. His equation clock, which registered both solar and mean solar time, was Berthoud’s published invention, one of a series of regulators for which he made precision movements.

Elected a Fellow of the Royal Society of London in 1764, his clocks were certainly considered precise enough for astronomers to use to time celestial events.

Telling time at sea had always been difficult. Early clocks had pendulums and the pitching of the deck in the strong seas encountered would put them off balance, with humidity and temperature among other complex issues that affected their movements. 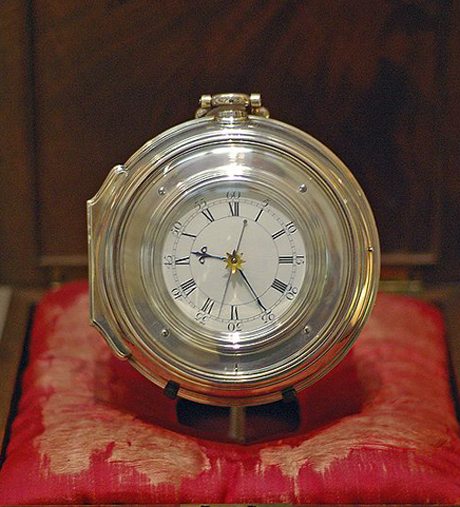 Englishman John Harrison solved many of the problems with his famous H4 pocket watch.

His story is in our post called Longitude, a fascinating story of timekeeping, science and navigation, which is entirely full of surprises.

The Luxury of Time will coincide with the publication of a forthcoming highlights book all about the extensive range of European clocks and watches in the Metropolitan Museum’s collection.

Written by Clare Vincent and Jan Hendrik Leopold, with contributions from Elizabeth Sullivan, it will be published by The Metropolitan Museum of Art and will be available in the Museum’s book shops.

The Luxury of Time: European Clocks and Watches

Wow, I can’t believe how fast the time is flying by in 2014! Here we are again, coming into one of my favourite weeks of the year “Dream Week”. Here at The Culture Concept one of our chosen charities is Look Good Feel Better. As many of you may know…