To start their season in 2017, the Sydney based group The Marais Project will present their founder and leader Jennifer Erikkson playing both acoustic and electric viola da gambas.

They are to be paired for a stellar concert, providing Sydneysiders with the perfect Sunday summer afternoon outing that of joyous music, accompanied by a delicious high tea on January 29, 2017.

For this concert, which is part of The Independent Theatre, North Sydney’s “Prelude in T” series, they will join forces with the toe tapping Elysian Fields, Jennifer Eriksson’s second group of players. Marais Project musicians are soprano Belinda Montgomery, with Tommie Andersson on Lute and Theorbo and their leader Jennifer Eriksson on a ‘Baroque’ viola da gamba.

They have been performing the entire works of French composer and viol player Marin Marais (1656 – 1728) since 2000 to great acclaim. They will expand this experience or their concert It Takes Two with Australia’s leading jazz musicians; Elysian Fields – with Matt Keegan on saxophone, Matt McMahon on piano, Siebe Pogson on bass, Finn Ryan playing percussion and Jenny on electric da gamba, all presenting contemporary works.

For me the program of music is everything when I am choosing a concert to attend and Jennifer Eriksson and her colleagues always get the balance right.

This concert will be no exception and it will take its attendees joyously from early period music to the present day. It will be informally dedicated to musical instrument maker, artist and architect John (Ben) Hall (1935-2017) who made Jenny Eriksson’s first viola da gamba. 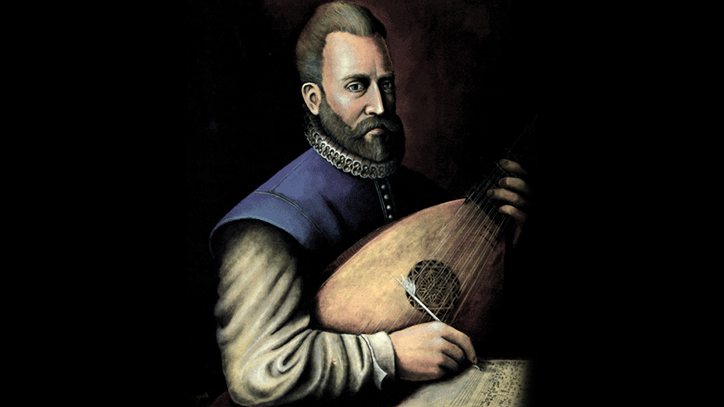 English composer and all round musical wizard John Dowland (1563-1626), was indeed a poet of early music. His troubled life is reflected in the melancholy of many of his works, although he was always described as being cheerful at court, so much so that in 1612 he was appointed one of the ‘musicians of the lutes’ to King James 1 of England (James VI of Scotland, 1566-1625).

Dowland broadened the experience of music in his time as a joyous experience, composing many enchanting melodies often in dance form.

They are chromatic fantasies that today many jazz and avant-garde musicians are inspired by including singer, songwriter Sting who once described Dowland as ‘the first alienated singer-songwriter”.

His Lord Willoughby’s Welcome Home was a ballad referring to a battle that took place in the Low Countries including The Netherlands, Belgium and the low lying delta of the Rhine, coastal regions bounded by the North Sea or English Channel.

The fifteenth day of July, with glist’ning speare and shield,
A famous fight in Flanders was foughten in the field:
The most couragious officers were the English captains three,
But the bravest in the Battel was brave Lord Willoughby. The final works on the first half include his pieces Quel sguardo sdegnosetto – that disdainful glance, Si dolce é il tormento – so sweet is the moment and Maledetto sia l’aspetto – Cursed be the appearance, which all reflect that Italian composer and musician Claudio Monteverdi (1567-1643) pursued his passionate ideas and ideals with both seriousness and perseverance.

He was an extraordinary individual and an exceptional musician, one who revived the spirit of antique tragedy and created a form of musical drama both classical and modern at the same time. The richness of his invention is renowned.

The second half will features works commissioned by Jenny Eriksson and starts with the ballad Three Rivers by Steve Hunter; arranged by Matt McMahon a versatile jazz pianist, composer and arranger who has toured widely both nationally and internationally and teaches at Sydney Conservatorium. It will end with “Elysium”, the first Australian piece for electric viola da gamba and singer in a contemporary mode.

It honours the ‘Elysian Fields, which in Greek mythology was originally the paradise to which heroes ascended.

It was the place for perfect happiness and delight, a place for the blessed dead, who were recognised as having a righteous life.

Everyone is sure to leave feeling entirely happy following an inspiring and interesting Sunday afternoon enjoying fabulous music and an elegant repast beforehand, to put you in the mood. It Takes Two: A Viol Spectacular

The history of the monarchy has always been about great change and the present Queen has had a great deal to contend with since her accession to the throne in 1952.