On 11th April at Sydney Conservatorium, founder of The Marais Project Jennifer Eriksson, together with Daniel Yeadon on viola da gamba, Tommie Andersson on theorbo and Raymond Harvey on the harpsichord will present The Marais Project’s first concert of the year entitled “Six of the Best’.

As well there will be a new work by contemporary Australian composer Rosalind Page, who has created works for theatre, chamber ensembles, orchestra at home and overseas.

“By necessity I’ve conceived this concert in the style of an iPod play list”, Eriksson commented”, “It’s a kind of like a ‘taster’ concert, an introduction to the hundreds of valuable works these fabulous viola da gamba composers produced.” Already this year Jennifer has spent time in residence at the Banff Artists’ colony in Canada under a scholarship from the State Government, where she finalized her ideas and revisited her inspiration for the Maris Project’s 2013 concert program. “It is one of the largest arts centres in the world and situated in the beautiful Canadian Rockies” said Jennifer recently, “I benefited greatly from the opportunity to meet other international artists and practice six hours a day!” she said.

Eriksson also observed that “…the premiere of Rosalind’s piece is an added bonus.”  Page engages with the interconnectedness that exists between art and science today, scripting highly original works.

At the turn of the 17th century an entirely new conception of sonority prevailed as musicians created a new literature of music, which was full of dynamic possibilities. It grew in leaps and bounds and musical gestures were filled with pathos; musical melody exploited by the human voice was heard in powerful performances of sensuous beauty and soaring vitality.

Spirit and style became intrinsic characteristics of what became known as Baroque music, along with joy and beauty. Composer Giovanni Gabrieli (1557-1612) brought forth music full of emotional power, whose spirit and sensuous glow were captured in the pictorial nature of ‘Baroque art’ and associated with the characteristics of the ‘grand manner’ architecture of the time.

That included the construction of great domes on buildings and the rise of a new medium of artistic expression; the opera. Its popularity would ensure that an insatiable appetite for virtuoso vocalists and musicians would feed a whole new desire for the great and spectacular, the splendid and the ornate. Gabrieli is immensely important because he laid down the foundations for the modern orchestra by purposefully grouping instruments, infusing and colouring music with a palette of warmth and richness.

The family of viols remained for a long time, the favoured chamber music instruments of both professionals and amateurs. The soul of this era is consummated in marvellous music that reveals all by its purity reflecting all that was good about life and, it swept all before it. When most of the works being played were composed, Europe was embracing a whole new spirit, experiencing increased freedom and enjoying moral refreshment.

Astronomy, natural sciences, philosophy and law all became an essential aspect of the modern drama, one enhanced by its art and music.

The contemporary man of the time was considered ‘a compleat man’, one who believed he was the ‘measure of all things’. His pursuit of knowledge was only exceeded by his desire for more.

He particularly admired the aesthetic doctrines that led to the creation of architecture that was grand and graceful; palaces, colonnades, villas and glorious gardens were all designed in concord with each other, with light flooding into every corner. They were places where the art of man and nature was celebrated with great gusto, all to the sounds of glorious, bountiful music.

Composers with great creativity were busy combining brilliantly philosophical thought and musical aesthetics to render and translate into music the passions, preferences and affections of modern man. Baroque music united all that this virtuoso era fashioned with splendour and mechanical ingenuity. Great sacred and secular works were produced and many people today still consider that the operas and musical performances of this period have never been surpassed. In France, where five of our six composers were born, King Louis XIV (1638-1715) was surrounded by a cult, which ensured that he was elevated well above his genuflecting nobility. All the rest of the population had to be content to admire their monarch and his entourage from afar. The rest of Europe was ennobled by the expansion of world exploration and the mood of absolutism at the court of Louis XIV at Versailles. He became part of the impetus for change and what can only be described as a period of feverish musical activity began as the western world went mad for music.

The Baroque, as expressed in secular art and life, became a potent force guided by Louis, who’s grandiose, absolutist concepts were reflected in the structure and ceremonious life of his court. Nobility and foreign royalty alike coveted its fame and reputation. Countries like Germany, Austria, the Low Countries, Poland, Hungary and Scandinavia, all on a smaller scale, tried to replicate his taste in all things.

Louis XIV was the sun, around which revolved courtiers, mistresses, ambassadors, artists, poets and scholars. His 1st Minister Jean-Baptiste Colbert co-ordinated and controlled every aspect of his life in the middle of a paradise park where style was at its essence. It was a court full of beautiful words, pleasant conversations, delicate verses, witty letters, fabulous fountains and dancing the ballet to wonderful music. Detail from The Music Party by Antoine Watteau

Marin Marais was a pupil of Lully and he also played at court. He retained in his five books of compositions, the pure traditions and characteristics of the Baroque; they were all beautiful, sombre, opulent compositions.

Expert player of the Viol Hubert Le Blanc, who was also an eccentric doctor of law and Abbé provided much eyewitness information about eighteenth-century musical life. He described Marais in 1740 as he who “founded and firmly established the empire of the viol”

Francois Le Grand Couperin (1668-1733) was considered a genius by his musical peers, producing music of effortless elegance. He came from the most prolific family in French musical history.

The sublime sounds of his works grew from the delicate atmosphere of the Lute, which he loved, an instrument much favoured during the Italian Renaissance.

His own music reflected the delicate ‘fete galantes’ painted by youthful French artist Antoine Watteau (1684-1721). They were poetic expressions, with musical aesthetics that charmed, entertained and moved people without tears and violent passions, while affecting them very quietly and, deep down in their souls. Couperin’s grasp on music as a poetic art form, meant that other European masters such as Johann Sebastian Bach (1685-1750) and George Frideric Handel (1685 – 1759) studied and composed music inspired by this man, who became the embodiment of French musical style in his time.

Antoine Forqueray (1671-1745) was musician ordinaire of La chambre du Roy and a virtuoso player of the viola da gamba.

His wife accompanied him on the harpsichord at his recitals.

He and Marin Marais were considered by their contemporaries as the two greatest virtuosi of the viola da gamba, a unique instrument that had been developed during the mid-late 15th century.

In solo performance it demonstrates clearly its mellow, soft, round tone.

Charles Dollé (1735-1755) is a mystery man, although known to be a sought after teacher of the viol.

Louis de Caix d’Hervelois (1670 – 1759) was a pupil of Marais, passing down the traditions of the Baroque form in music.

“One might look upon Caix d’Hervelois as a sort of pseudonym masking a person whose name was ‘the Viol of France,’ just at the moment when it was about to disappear.” 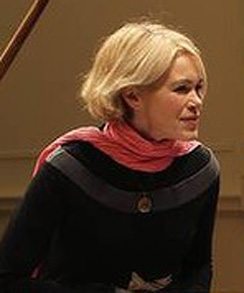 And disappear it did with the further development of the violin school, which dethroned the old stringed instruments.

Even the viola da gamba, universally loved in France, was forced to retire as music moved out of the sanctuary of the salons into the popularity of the concert hall during the eighteenth century.

Composer and writer Rosalind Page studied composition at Sydney Conservatorium of Music from 1990-91. Numerous prestigious ensembles have commissioned her and this is the second work she has composed for The Marais Project.

Nowadays we have a rich inheritance and the best of all worlds in music to enjoy. The Marais Project is all about reaffirming a love of life , one expressed through its music.

The Marais Project Concert 1 – Six of the Best The Marais Project’s 2013 concert series is its 14th consecutive year of presenting fine music for the viola da gamba.