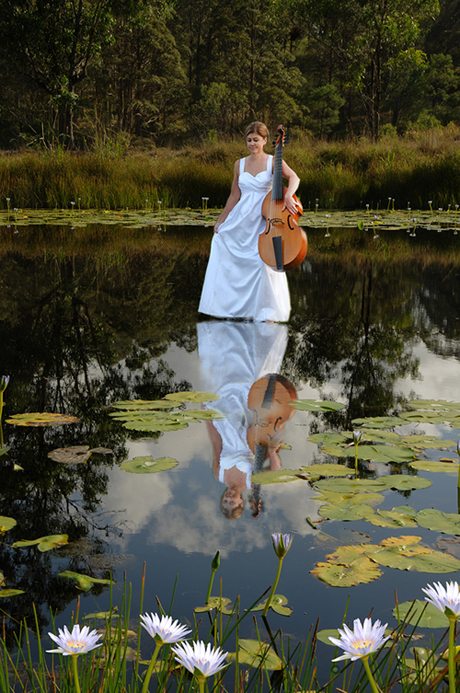 The Marais Project in Sydney is celebrating its ‘Crystal’ Anniversary during 2014, looking back over fifteen years of providing fans and followers of its journey, with an enriching, emboldening and always fascinating experience.

In 2014 Jenny and her colleagues are re-imagining the viola da gamba for the 21st century, launching the ‘electric’ viola da Gamba in Sydney during their three concert recital series Re-Imaginings.

Originally formed by Jenny Erikkson, to rejoice in the joyous sounds of the viola da gamba, The Marais Project highlights works created by French composer Marin Marais (1656-1728). His brilliance is evident in the five books of his marvellous music that survive today.

They are works composed in the grand manner of the Baroque style, full of movement, magic and manners that are still widely admired for their virtuosity and style.

Jenny first heard the viola da gamba when studying at the Conservatorium of Music in Sydney, and with the support of her cello teacher, sought out a teacher who could give her ‘gamba’ lessons and from then on her destiny was set. 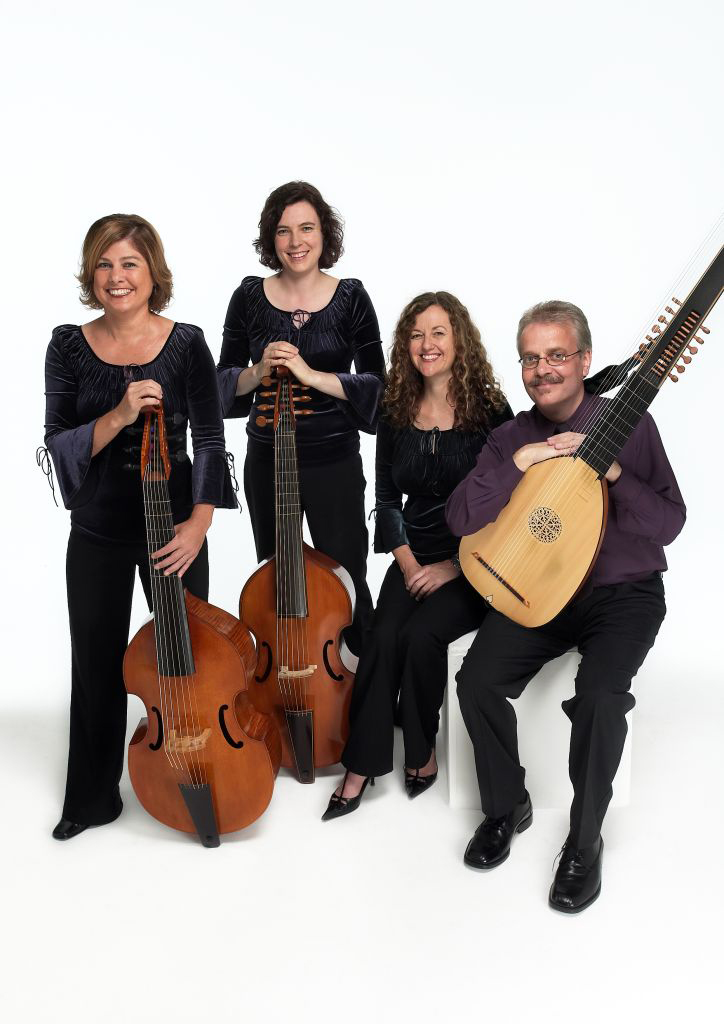 Furthering studies in Holland, a ‘hot house’ for early music during the 1980’s, Jenny discovered that Dutch teachers approached musical studies with passion, intent and technique, the aim being to engage and move audiences.

This attitude resulted in opening up the artist to coming to terms with a freedom of expression that was not as well known here at the time, one that was enriching and emboldening for both musician and listener.

Many more musicians today, including those playing with The Marais Project are, with considered style and imagination, producing authentic performances, which not only make historical sense but also fine entertainment.

“Music is a collective activity: we cannot do anything of substance alone” says Jenny  “It’s exciting to have chamber music colleagues in Australia of the calibre of Josie and the Emeralds, Latitude 47, the Badinerie Players, Ironwood, Ludivico’s Band, Danny Yeadon and many more” she said.

Because of the combined efforts of these passionate musicians subsequently “…the number and quality of viol players in this country during the last 15 years has steadily increased” Jenny noted, they are now collectively bringing the viol family before the public in creative, innovative and often fun ways.”

The ensemble’s overarching aim is to eventually perform Marais’ complete works for this fascinating instrument. This is a huge challenge because as far as is known it is a feat that has only been attempted once before, in France, where his life was also celebrated in the renowned novel and film Tous les Matins du Monde (All the Mornings of the World 1991).

The soundtrack featured the great Spanish gambist Jordi Savall and it reached the French Top 40. On the world stage Savall is the main man acknowledged by his peers as being responsible for bringing the viol back to the forefront of music in our age.

Admired by colleagues around the world, Savall has highlighted the magic that happens for the audience when they experience first hand the style and sounds of Marais, as well as other major ‘early music’ composers.

During the grand manner of the ‘Baroque’ age Instruments of the viol family were in favour at the French royal court, where the court composer Giovanni Battista Lully (1632-87), reigned supreme.

The music Lully produced reflected the joie de vivre of the French people as well as the atmosphere King Louis wanted to create in his chateau at Versailles, a place where all the arts were meant to contribute harmoniously to its overall beauty.

Well versed in the sensibilité and gallant style of Lully, who was also his teacher, Marin Marais (1656-1728) became following Lully’s death, the acknowledged last true master in France of beautiful, sombre opulent compositions.

He was appointed ordinaire de la chambre du roy pour la viole by Louis XIV in 1679, a title he retained until 1725, a few short years before his death.

By the late 1700’s the Viola da Gamba had fallen from favour, until revived during the early twentieth century. Today thanks to its champions around the world like Jenny Erikkson growing their cause, the de gamba is once again integral to ensembles and small orchestras playing music on authentic instruments. The Marais Project’s first concert took place in July 2000 at St Scholastica’s Chapel, Glebe, Sydney. A great deal has happened in the meantime, including commissioning, premiering and recording more than a dozen new Australian compositions for the viola da Gamba.

Since then it has also celebrated the beauty of the viola da gamba’s rich round sound often with recordings including Viol Dreaming (2007) and more recently The Lady Sings the Viol (2013), which featured as ABC Classic FM’s CD of the week during 2013.

While Marin Marais was the only composer the artists of The Marais Project featured at first, today they are also producing marvellous music in a ‘classical, modern and Australian context. Jenny explains that ‘in conventional classical music terms, as an ensemble becomes better known it typically (but not universally) moves up the artistic chain by inviting high profile, established artists to appear with or compose for them.

With no funding for overseas or even interstate airfares and hotels we made the decision to expand horizontally into other genres. artists, composers, actors and others who were Sydney-based; each brought amazing skills and talents including her pupil musician Alice Chance, who is also a young Australian composer of great promise.

Jenny says “This is not to say our approach is right or to criticize other approaches but it was one way we used to turn a constraint into creative outcomes. Our primary focus was, and still is, on Marais and the French Baroque, but we have been enriched along the way through acting as an open rather than a closed project”.

Her current commitment to presenting up to eighty concerts each year through the Musica Viva in schools program with her ensemble ‘Sounds Baroque’ is also bringing the viola da gamba to a growing appreciative audience.

For their ‘Crystal’ anniversary three recital concert program in 2014, The Marais Project under Jenny Erikkson’s direction is ready to both sparkle and shine.

On the 250th anniversary of Jean Philippe Rameau’s death we present a rare window into the world of one of the greatest French composers of all time.  Highly esteemed by his contemporaries including Johann Sebastian Bach and Marin Marais, Rameau’s music deserves to be more widely heard.  Music includes Pièces de clavecin en concerts for harpsichord, violin and viola da gamba, two cantatas and a new piece for viola da gamba by Alice Chance.

The newly-formed AWO Chamber 8 ensemble presented a captivating program of beautiful music in the Melbourne Recital Centre, engaging our head our heart and soul