“Those four will not stand in my way again” says the darkest eighteenth century villain to date Lucien Grimaud (Matthew McNulty) in Episode Five of Series 3 of the BBC’s smoking hot hit costume drama The Musketeers.

Not too many spoilers now, so please don’t read on if you don’t want to know any details and remember…

… all for one and one for all! The stories for this sterling television series written by a variety of authors led by Adrian Hodges, have all been inspired by a novel written at a time when the French were re-visiting after the revolution, the many stories surrounding the failure of the ancien regime.

It has been good to see the boys back in action after what seemed an interminable wait for fans, and now we find out, sadly for the last time. After 30 episodes swashbuckling together all the fans, especially me, have been disappointed to say the least, The Musketeers have had to hang up their fabulous leather suits, sheath their razor sharp swords and unload their muskets once more to go off and live a normal life. Whatever that is when you are an actor, it will surely take some settling back into. Not sure I will cope especially after all the excitement this time around. The production team’s dramatic approach to telling Dumas’ romanticised heroes tales well, and with great attention to detail from day one, has been the series greatest strength.

The Musketeers has been a period drama series par excellence and there is no doubt the series has been an outstanding success; the quality of the acting, the superb settings and costumes and above all, the wonderful scripts.

This doesn’t mean to say the current scripts don’t employ levity, they do but in a very stylish, honest way – ensuring that at all times its tales about being all for one and one for all are told with great dash, wit and style. Then there is the brilliance of the musical score by Paul English by with Title music by Murray Gold, which has certainly added to the viewer’s enjoyment let’s hope they release it on iTunes soon!

Author of the novel The Three Musketeers Alexandre Dumas moved to Paris after 1822 where he worked as a scribe for the duc d’Orleans (later King Louis Philippe), a member of the former nobility of France.

This advantageous position came about because of his own aristocratic background, giving him access to important royal documents that would aid his literary achievements. The first episode of Series 3 opens at the battlefront in the war with Spain with Athos as Captain of the Musketeers.

Porthos, D’Artagnan and their comrades are doing their best to survive a ferocious attack without gunpowder, which has mysteriously gone missing.

When the major battle is over they begin to follow the trail of those who may have stolen it, leading the trio to meet up again with their former Musketeer colleague, the priest Aramis who five years before had a liaison with Louis XIII’s wife Anne of Austria that produced the heir to the Bourbon throne. This is a tale carried forward in history that the Queen’s baby could not have been sired by the King, although without DNA tests today it still remains as it always was, fanciful.

The reason it got about in the first place was the appearance and attitude of the young dauphin, who became the man considered France’s greatest King Louis XIV (1628-1715), one who was so very different from his father.

The fact that his mother’s strong Spanish genes may have had something to do with it never seems to be mentioned!

Aramis we discover first has been living a life of contemplation in a monastery for five years where he is tasked with minding children who have been orphaned. That leads into him watching over his ‘son’ the dauphin, throughout this third series.

The Musketeers. must all for one and once again for all collaborate to save the day, with Aramis accepting his call back to arms, as being the will of God. Arriving back in war-torn Paris, where food is scare and black market racketeering is rife The Musketeers find that everyone’s loyalty to everyone else is being tested daily. Unrest and unacceptable societal behaviour is rife.

Inspired casting is England’s Rupert Everett as the King’s half brother Phillipe Feron, who is now the city’s evil crippled governor. He is so deliciously awful, a man completely happy to exploit the people and his family for his own ends – a true Machiavellian – the end justifying the means.

Feron takes whatever he wants from whom so ever he chooses and with the support of the new Red Guard led by the thug he has appointed as their corrupt leader, the virtually un-killable Marcheaux (Matt Stokoe), we know we are in for a hard time.

Governor Feron has conspired with the corruptible Duke de Beaufort, who produces all the grain for the city’s bread. They fake a robbery of the city’s granary and pin the crime on innocent refugees who have come to Paris from the countryside, later selling the stolen grain back to the King at an inflated price. The love of D’Artagnan’s life Constance (Tamla Kari) has an all-new role in this, being in charge of the Musketeers garrison while the Musketeers were at war. She and her small band are trying desperately to keep the peace as more and more refugee’s stream into the capital where bread is in short supply.

Her happiness at seeing her heroes arrive back in town, is short-lived as she finds herself helpless to stop her now husband D’Artagnan being captured along with rioting refugees just after they arrive.

So she joins forces with Athos, Aramis and Porthos by giving them the Musketeer students to help rescue her husband and their friend.

Athos is attracted to the fiery refugee Sylvie (Thalissa Teixeira) whose radical ideals and activism capture Athos’s attention and admiration ultimately putting both their lives in danger, especially when she becomes pregnant. Captain Treville (Hugo Speer) former head of The Musketeers has a political role; he’s the Minister of War and close advisor to King Louis XIII (Ryan Gage) and his Queen, Anne of Austria (Alexandra Dowling).

When the former Musketeers return he gives them his help to rescue D’Artagnan before he is executed. The Red Guard under Marcheaux however, is intent on the execution.

It’s a battle they will lose because The Musketeers are now well and truly back in fighting form. The King immediately tasks them with bringing his brother, a really oily nasty piece of work, Gaston Duke of Orléans (Andre Flynn) back to Paris in order to mend matters between them. Louis XIII knows he is dying a fact he shares with Treville, although Governor Feron, who will now use the intelligence to his own advantage, overhears them.

On the way to the capital the Duke of Orléans is robbed of letters from his pocket, which would destroy his chances of reconciliation.

When the Duke informs Governor Feron the Red Guard must beat the Musketeers in hunting for the thief and retrieve the incriminating evidence.

King Louis’ sister, Henrietta Maria Queen of England is also visiting Paris and she has been robbed of her crown jewels on the road while on her way into Paris and she asks her brother for assistance to retrieve them.

The Musketeers discover the rogue responsible is one Émile Bonnaire (James Callis) with whom they have a history in the past. Athos, Porthos and D’Artagnan pressure him into leading them to recover the jewels including a rare blue diamond. 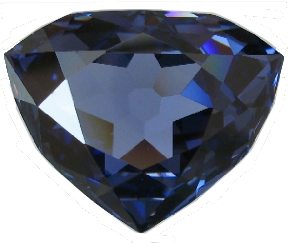 Meanwhile, Aramis reconnects with a childhood friend he grew up with under unhappy circumstances in a bordehlo where their mother’s worked. Pauline wants to marry a French nobleman but is being blackmailed by someone threatening to reveal the circumstances of her childhood background to her fiancée, who has just given her the ‘blue diamond’.

Aramis tries to help her to resolve the situation peacefully, although to no avail as she sadly brings about her own downfall.

The fifth episode of The Musketeers To Play the King is an exciting one, with Grimaud and his men attempting to steal the King’s gold reserves.

To do that they have to release prisoners held in the chateau’s dungeons where it is kept in an impressive safe fashioned by one of the prisoners who take to the streets of Paris rioting, keeping the musketeers busy and out of the way until they discover the plot and its many intricate turns. One prisoner is delusional, believing the voices in his heads that tell him he is the King and sneaking into the palace he puts the life of the beautiful Queen Anne in danger, at least until The Musketeers can arrive to save her.

There are not enough superlatives to describe the visual sumptuousness as well as the never-ending action in Tom Cruise’s adventure, Mission Impossible: Fallout