What could be more quintessentially Australian than a reminder about a fund raising ‘lamington drive’. It is part and parcel of traditional memories of days gone by when the women of the CWA helped raise funds, spirits and the art of cooking yummy food down under. But is it art?

At the Gallery of Modern Art (GOMA) in Brisbane, Queensland from 25th July – 16 October 2015 the exhibition The Painters Reach will focus on exploring the wide range of sophisticated contexts utilised by contemporary artist Robert MACPHERSON (b.1937 – ) in his works.

Born, raised in and a resident of Brisbane, the award winning artist was named a Queensland Great by the Premier of the State earlier this year. 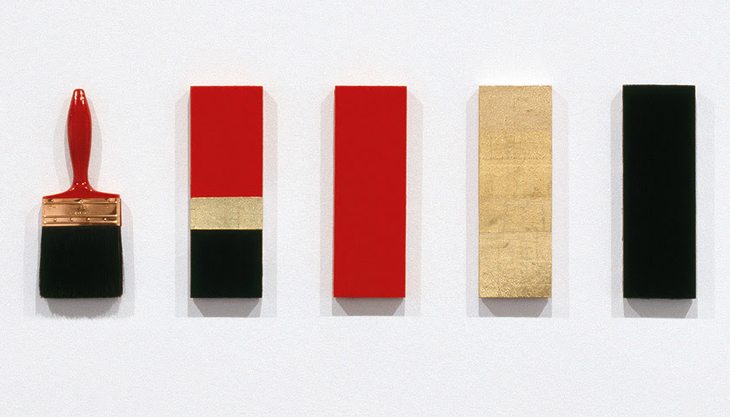 Robert MACPHERSON has created an immense body of work while endeavouring to depict the intellectual and philosophical aspects of human concern.

He incorporates imagery many people are familiar with on a daily basis such as paintbrushes, road signs, fruit stall stop shops, shovels, and blankets and more into his contemporary works, whether painted or sculptural.

He addresses such issues as country, city and cultural life through a series of informal but confronting conversations that express the sight and sounds of the outback from Birdsville to Brisbane. Over a forty-year period Robert MACPHERSON has presented in his art works that bridge ‘… the formal interests of Minimalism and the intellectual concerns of Conceptualism’.

He is renowned for appealing to a broad cross section of the public, who are challenged both intellectually and culturally to consider the work they are viewing’s meaning as either being abstract, a form of poetry, or both.

His works can mean many different things to people from all walks of life and background.

This is dependent on how well informed they are about art, or not, the attitude they have to facing contemporary issues and if, when and how they react emotionally and physically to his visually compelling works.

Robert MACPHERSON uniquely explores the nature of the relationship between a person and a work of art; especially those travelling the highways and byways of outback Queensland where roadside advertisements promote the sale of anything from roast chickens to avocados and fishing bait.

The ‘Mayfair’ series celebrates the everyday lives of a group of fishermen, or ‘swamp rats’ as they are affectionately known, who inhabit the marshy zone near the mouth of the Brisbane River.

His text-based works consist of everyday ephemera, which he elevates above the common place and his unique gift for expression has gained him many followers

Robert MACPHERSON‘s grid like patterns subliminally enter the conscious mind of the viewer through the use of wit, humour or an interest in the life of everyman or woman as he asks us all to consider and respect the evocative nature of our environment and how we can contribute to its beauty or ugliness.

‘As one of Australia’s most important and resilient artists, MacPherson’s practice expands on the conceptual possibilities of the act of painting and revels in the multitude of languages, systems and processes that art can make visible,’ said Mr Saines. 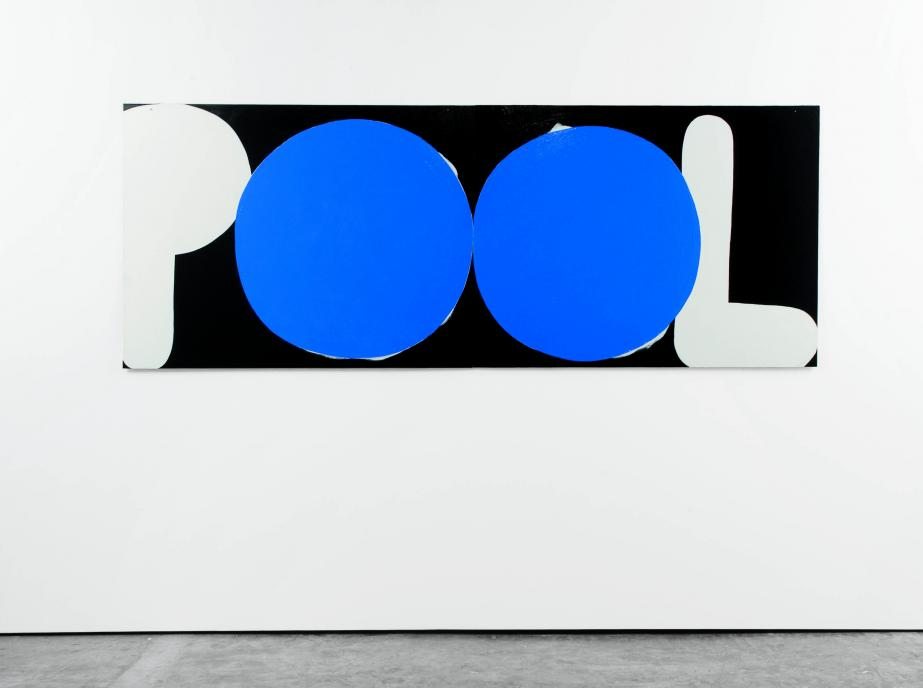 Ideas, people and places that have inspired and sustained Robert MACPHERSON and the works on display for The Painter’s Reach will include paintings, installations, ephemera and works on paper, showing how the artist’s reach begins with the particular and extends far beyond what the eye can see. Exhibition curator Ingrid Periz said MacPherson’s work is concerned with practice of art making and it ‘… is fuelled by a series of questions around the artist’s role, as well as the function and effect of naming. These questions, combined with an innate sense of material that is to hand – a paintbrush, a printed packet, a painted roadside sign – ensures a reach that begins with the particular and extends far beyond,’ said Ms Periz.

Ingrid Periz will deliver a keynote lecture and overview of the exhibition on 25th July at 11:30 am in the GOMA Cinema FREE.

After lunch on the same day you can join Angela Goddard, Director, Griffith Artworks and Daniel Thomas AM, Emeritus Director, Art Gallery of South Australia, art historian and curator, for a conversation tour through ‘The Painter’s Reach’ held at 1:30 pm another free event. 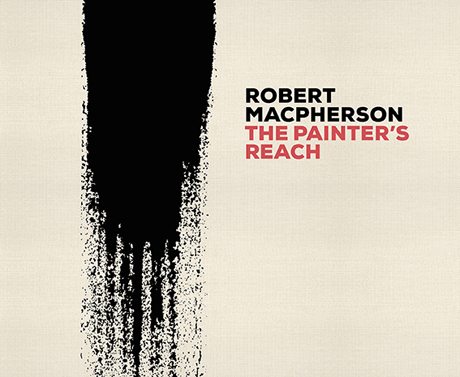 Robert MacPherson: The Painter’s Reach accompanies the artist’s first major exhibition at QAGOMA and the first major exhibition of his work since 2001. This beautiful and substantial publication explores MacPherson’s distinct and multifaceted career, and conceptualises his recent practice in broader philosophical, political and art historical terms. Contributors include the exhibition’s curator, US-based writer and curator, Ingrid Periz, Angela Goddard and Trevor Smith as well as an interview with the artist and Ewen McDonald. An illustrated chronology, selected bibliography and exhibition history also feature.  PURCHASE