The central theme of The New Percy Grainger Companion, which has been edited by talented Australian music maker Penelope Thwaites AM, is to give information and help to young aspiring musicians and students of music from established musicians, who have a professional career in performing his life-celebrating repertoire.

Editor, pianist, composer and broadcaster Penelope Thwaites has performed and researched Grainger’s music for more than three decades now and her recordings include an extensive Grainger discography.

Since her own London debut at the Wigmore Hall in 1974, Penelope Thwaites has established an international reputation by performing concertos with leading orchestras throughout Europe, America and Australia. Her many recordings of Percy Grainger – some 250 tracks – are unique in covering his solo piano, chamber and orchestral works.

In the 50th year celebrations of the death of Percy Grainger Penelope Thwaites is involved in many performances including The Grainger Festival – a three-day event at Kings Place showcasing some of his most vivid repertoire.

In the thirty years since his Centenary in 1982 it has become even clearer that Percy Grainger (1882-1961) – composer, pianist and revolutionary – was a man born out of his time. Many of his ideas, both musical and social, sit far more easily in our contemporary world. Those thirty years have also seen a notable expansion of interest in Grainger’s music. Innumerable recordings have been made, including the first complete Grainger recording survey by Chandos in its monumental Grainger Edition.

The growth of the Internet has made it possible, as never before, for Grainger’s music to be heard widely.

The Companion’s fully detailed, up-to-date Catalogue of Works – the most complete of any existing catalogue – gives invaluable assistance. Authoritative contextual chapters in the Companion offer some surprising new background information, together with thoughtful evaluations which signal a new twenty-first century perspective in Grainger scholarship. 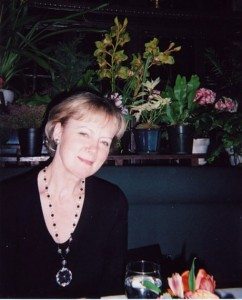 Thwaites has performed concertos with the London Philharmonic Orchestra, the Philharmonia, City of London Sinfonia and BBC Concert Orchestra in the UK and with leading orchestras in Australia and America

She made her debut with the Rotterdam Philharmonic, last September. Her solo recitals in a wide repertoire have drawn high praise. Of a recent London recital, Musical Opinion wrote, “Haydn . . . absorbing as it was sublime . . . Grainger, positive and heart-warming . . . perfectly articulated Debussy served with lashings of pianistic panache.”

Her many recordings of Percy Grainger prompted “Her devotion to his art shines out of her playing…a wonderful album” said the BBC’s CD Reviewer.

Thwaites founded the first international Performing Australian Music Competition 2000/2001 and, she was appointed to the Order of Australia (AM) in the Queen’s Birthday Honours 2001.