In the early Christian church creating songs of praise, devotion and thanksgiving, reflected the beauty of the cosmos.

When accompanied by dance movements and hand clapping, from the fourth century onward, rhythmical hymnody took the lead.

Aurelius Ambrose (St Ambrose c337 – 397) descended from an ancient Roman family. He shaped his ideas of Christianity into melodies that had an ability to excite the listener.

These became known generally as Ambrosian hymns. Although his actual personal input remains unknown, the vitality and artistry of his works, intended for the greater good were enjoyed for centuries. Today they still form the basis for many hymns we recognize, want to join in and sing to. Some religious groups use their historical aspect to inspire current worship.

Ambrose, and other church fathers of his day, recognized the importance of emerging music traditions, especially in their relationship to reflecting and inspiring worship and music.

They became an important aspect in the development of Christian liturgical traditions as well as the form and arrangement of public worship.

During the fourth and fifth centuries monastic communities exerted a penetrating,  and sometimes powerful influence on the spiritual, economic and musical growth of church life.

The rite of the Lord’s Supper, which was held in the evening, was often linked with an agape meal or ‘love feast’. This event was interspersed with prayers and songs rendered by a choir. It was an era that marked the beginnings of what is known now as Christian hymnody or, the composing and singing of a group of hymns. 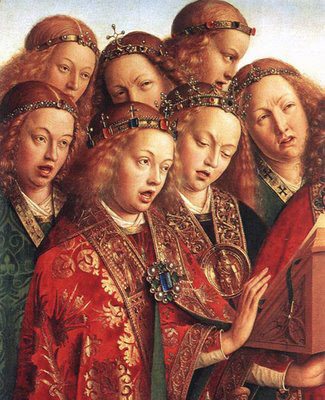 Cathedral and church choirs historically and contemporarily are usually made up of a group of people with outstanding voices individually.

More than often though, they lack the courage to compete as a soloist in the performance idiom. By singing in community they gain courage, inspiration and momentum to give outstanding performances collectively.

In England during the late sixth century King Ethelbert was growing the city of Canterbury as a centre for faith, worship and music. It became so successful that at one point the English church was described by Rome as being ‘a jewel in the crown’ of the Christian church.

By the time of Pope Gregory 1 in the sixth and seventh centuries there was a distinct appreciation of fine singing as well as a genuine regard for a beautiful voice. Pope Gregory re-organized the liturgy and its music, influencing the establishment of a schola cantorum, a choir passionately committed to the singing of psalms (psalmody) as an aspect of divine worship, ‘as if it were one voice’.

Rome became the indisputable centre for the development of church music at this time. Children in orphanages supplied sublime singers for the papal choir of the Sistine Chapel where they were warned that ‘none of the singers should sing faster or louder than the others’. It was during the seventh century that Isidore of Seville, a notable musical theorist and scholar, remarked how hard it was to notate music.

As the recognition that the various sounds the human voice was able to make could be recorded, so did the idea of arranging those notes to make different tunes evolve.

Plain or simple at first by the ninth century a form of simple notation recorded the preferred form of plainchant as performed by monks and, as the study of sound and musicality advanced over the centuries, so would compositions become more complex.

The alleluia was an exclamation in general use. It was meant to express thanks, to praise God or to herald relief, welcome and gratitude. Eighth century historian and doctor of the church, the Venerable Bede 672/3 – 735, earned the title ‘Father of English History’.

He related the story of a battle known as the ‘Alleluia Victory’ when mariners reputedly shouted the exclamation from ship to ship following their successes.

By the eleventh century a long high note or descant was being set against others signing another whole range of notes, which were then set above the original plainchant melody. Those sustaining the prolonged notes were called ‘holders’ or tenors, while those who sang the descant were called contra tenors.

Contra tenors were eventually called ‘altus’  and later, those who sang a part intertwining with the altos were named predictably, contra altos.

Eventually both their parts would be surrounded by two other voices appropriately named sopranus, which means ‘above’ and bassus, which means below. This style of music was called polyphony, meaning the bringing together of a multiplicity of sounds.

During the reign of Henry XVIII’s daughter Elizabeth 1 (1533 – 1603) English composers devoted themselves to creating musical settings for church services resurrected on demand by an ever-expanding middle class.

The Book of Common Prayer was revised three times within 10 years to ensure that the latest hymns were included. 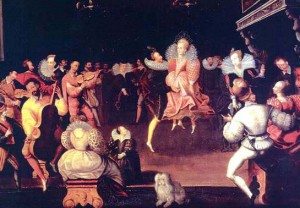 Queen Elizabeth 1 loved music both sacred and secular. She was an accomplished musician playing the virginals, an early type of keyboard instrument smaller and simpler than the harpsichord, as well as the lute, a stringed instrument known from the days of ancient Egypt.

She was also very fond of dancing to music, particularly The Volta in which ladies jumped ever so elegantly into the air.

Some people thought it was a scandal because the women showed off their knees, but it didn’t dampen their style or enthusiasm. William Byrd 1543 – 1623, a staunch catholic, was recognized as the leading English composer of his generation.

It began to dominate the music of the continent in both depth and variety and in a way not seen before or since.

His pre-eminent position, when musical publication in England was in its infancy, allowed him to leave a substantial printed legacy formatted at the inception of many important musical forms.

He also exerted an influence on the music of the Low Countries (The Netherlands, Belgium and Luxembourg) and Germany and his outstanding legacy in sacred choral composition consists of two huge volumes entitled “Gradualia” (published 1605 and 1607). 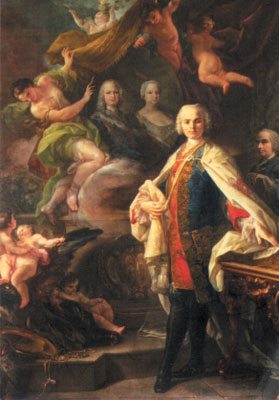 This work was made up of shorter pieces of great clarity, making them one of the supreme testaments in the history of western music.

As musical style developed an interest in the differences in the range and timbre differences of lower male voices also meant the last primary voice type, the baritone (Greek for weighty sound), came into use.

They also constantly experimented with high voices, creating a vibrato by using turn and trills adding yet another layer of richness. As even higher treble voices became an aim, and the church would not use women’s voices, they used a high turnover of young boys, at least until their voices broke.

That would not change until the sixteenth century when mature males arriving from Spain were found able to sing in falsetto. This was because they had been surgically castrated before puberty. Castration as a practice dates from the ancient civilization at Sumer.

It results in the development of an unusually large rib cage and retention of an infantile larynx. High notes of great purity are the result.

As much of Spain was under the domination of the Moors during the Middle Ages castration served two purposes, for purity of voice and to provide eunuchs to guard a Harem. Eunuch singers are known to have performed in the choir at the Haghia Sophia, the great church of early Christendom, that became a mosque in Byzantium (modern day Istanbul). Music plays a significant part in the life of St John’s Cathedral at Brisbane, as in any great cathedral. At St John’s the choir has both men and boys, a mixture of school students and lay clerks, many of the latter being tertiary music students at local universities. The musical director is Graeme Morton

On St. Cecilia’s Day, 22 November 1903 pope, Pius X, issued instruction “Whenever … it is desirable to employ the high voices of sopranos and contraltos, these parts must be taken by boys, according to the most ancient usage of the Church.”