Stephen Hawking and Eddie Redmayne at the premiere of The Theory of Everything, London December 9, 2014

My first conscious encounter with the reality of infinity happened in London when in 1988 I was invited to a dinner with a group of designers in London when I was there extending my studies of the theory and practice in design for the modern age.

As I arrived at my host’s front door set into the middle of a three-sided porch, I discovered much to my delight a pair of mirrors set into each side. A thought provoking designer, he had split a model in stone of an obelisk shape, and applied half to the centre of each mirror.

As I gazed in one mirror the reflection in the other of the whole obelisk spread ever outwards towards infinity. This image believed to have arisen from the ancient Egyptian’s scholarly observations of astronomical phenomena and studies of the universe, recently sprang into my mind.

I was watching The Theory of Everything at the Palace Cinema Como, which is about the nobility of spirit, and the events surrounding the life of English theoretical physicist, cosmologist, author, atheist, socialist and lover of classical music Stephen Hawking.

Eddie Redmayne is Stephen Hawking in the James Marsh directed film. His performance is so brilliant that it ensured for me that words would fail, as it appears they did for Mr Hawking who on seeing his portrayal recorded “At times, I thought he was me” Eddie Redmayne as Stephen Hawking, Felicity Jones as Jane Hawking, The Theory of Everything

This is a triumph of tale telling about how intellectualism can and will triumph over adversity and how important our attitude is in dealing with the disasters that befall us in our lives.

It also proves Stephen Hawking’s quote ‘Intelligence is the ability to adapt to change’. Although the movie is not just presenting a theory, because as Eddie Redmayne portrays Hawking, it makes it true.

It’s emotional to a point where it inspires and elevates you above the commonplace into a realm where you realize not only the importance of cherishing life on earth, but also how we each must endeavour to live it to the full and to the best of our abilities.

The Dennis Stanton Avery and Sally Tsui Wong-Avery Director of Research at the Department of Applied Mathematics and Theoretical Physics and Founder of the Centre for Theoretical Cosmology at Cambridge, Stephen Hawking has defied every ounce of medical knowledge out there.

They gave him two years to live when he was diagnosed with motor neurone disease aged 21. Now 72, Hawking continues to use his great mind to think, to develop and to expand ideas and theories with colleagues and to lecture when he can.

Space is usually the final frontier as we know it, so that seems entirely appropriate Stephen Hawking has broken every barrier put in front of him.

Despite his physically confining existence he has, in his mind, reached for the stars and beyond. Here’s a man who cannot do anything physically without assistance but he has surpassed in spades what the rest of us will ever achieve in our full-bodied lifetimes.

His Brief History of Time, which was published in 1988, clung to the bestseller lists for 237 weeks.

It sold one copy for every 750 people on earth and even if they didn’t all read it, they were engaging with the art of science.

Being a bestseller also earned its author cameo performances on The Simpson’s and Star Trek. His ability to enjoy levity would have ensured that he valued the opportunities 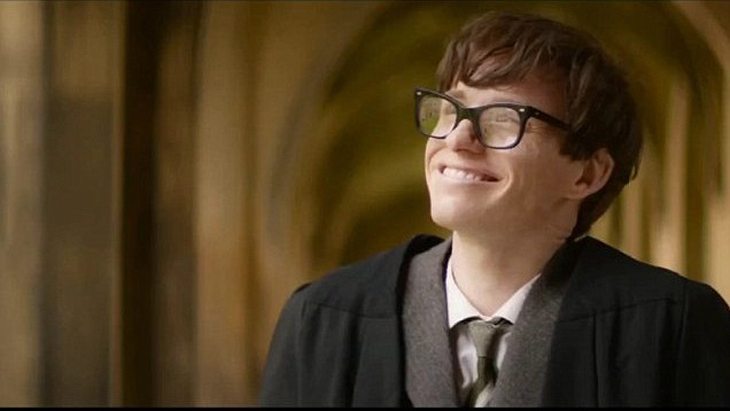 Stephen Hawking may have been trapped in the physical world of his body for over 50 years, but what the movie reveals, is that his solid grounding and continuing support of his family allowed him in real time to roam free in his mind.

This enable him to think without any of the normal commitments to restrain his thoughts or theories and come up with the ideas other scientists are now using to expand knowledge of our universe. Harry Lloyd as Brian and Stephen Hawking, The Theory of Everything

His whole theories of time and its abstract qualities are thought provoking to extremes and the movie emphasizes that quality of time is the most important aspect of life; how we spend it on a daily basis is up to the choices we make.

The movie was developed from Jane Hawking’s memoir Travelling to Infinity: My Life with Stephen and the script travelled back and forth until everyone, including Stephen and Jane were happy with it Eddie Redmayne and Felicity Jones, The Theory of Everything

It is the story all about their life from when they met when he was at Cambridge and how she worked with him and alongside him to aid his academic successes and to help him surmount the constant challenges with his physical disabilities.

Felicity Jones is truly wonderful as Jane Hawking, who was his wife and partner in life for a great many years; together they had three children. 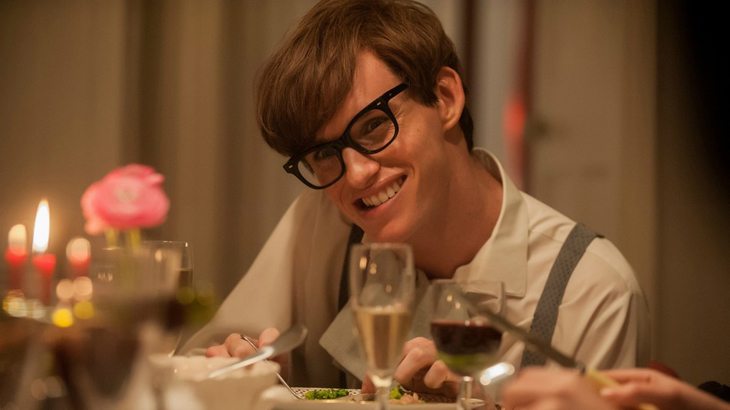 This wiz kid of Physics so admired and esteemed by his colleagues and respected by the world at large, Hawking has worked on the ‘basic laws that govern the universe’ and today is still working on his ‘theory of everything’.

His aim – to have one elegant equation to tell all and for it to be engraved on his gravestone.

The supporting cast in the movie The Theory of Everything were sensitively chosen.

Harry Lloyd whom I have loved in the TV series Manhattan recently, is just perfect as Hawking’s ‘made up’ best friend Brian from Cambridge days.

His esteemed colleague at Cambridge University Dennis Sciama, is played by David Thewlis. 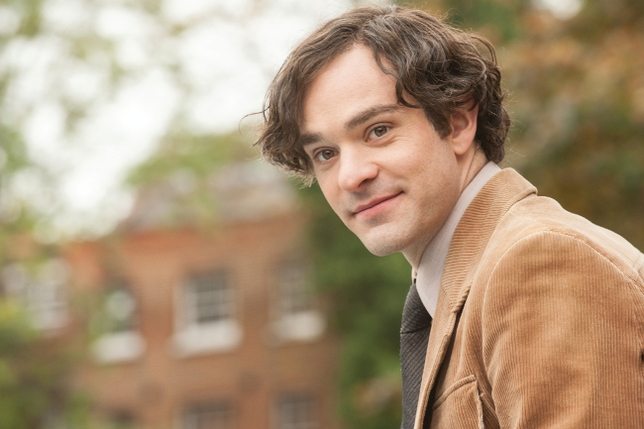 Charlie Fox, The Theory of Everything

Charlie Cox as music teacher and Church choirmaster Jonathan Hellyer Jones, Jane Hawking’s second husband has indeed a difficult path to follow, but he walks it with both dignity and grace. Maxine Peake, Elaine Mason The Theory of Everything

Those who deal in the facts of the universe are used to huge odds in terms of mathematical probabilities.

However, here is a man who had all the odds stacked against him and then some, who has shown us all just what living means and how we all need to establish our own ‘Theory of Life’.

The Theory of Everything has been nominated in 2015 for five Academy Awards, including Best Picture, Best Adapted Screenplay, Best Original Score, and not only for Best Actor but also Best Actress. Stephen Hawking states on his website that he still hopes to make it into space one day.

He has been given the sense of weightlessness at Zero gravity which astronauts experience, when in 2007 he went on board the so called ‘vomit comet’, a modified Boeing 727 aircraft owned by Zero Gravity Corp. It must have been a liberating experience.

He remains full of optimism and with the touching sense of humour and engagement with his humanity that the film The Theory of Everything reveals.

His life continues to be deep and meaningful, and as well as working on his own theories and books, he is also co-writing books with his daughter Lucy.

They are making science and the understanding of it, easier for today’s children, so they can dare to reach for the stars too. 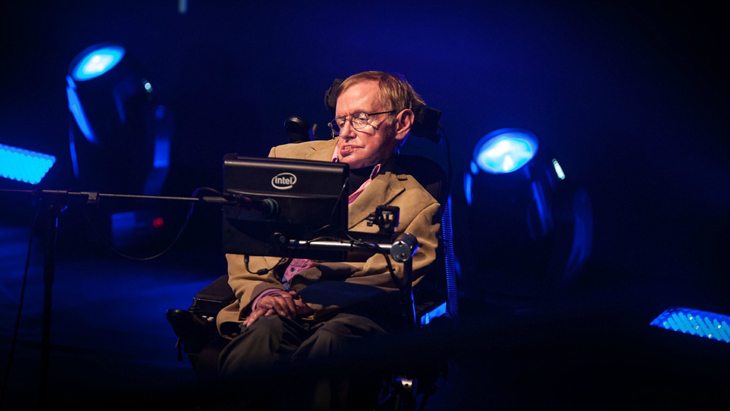 Theory and practice are often poles apart, but for physicist, cosmologist and author Stephen Hawking CH CBE FRS FRSA perhaps come together at the point of infinity.

Renaissance goldsmiths were often trained, not only as jeweller and goldsmith, but also as painter and sculptor. Allegorical designs were incorporated into decorative devices and used in many ways including as an  enseigne, a type of badge worn on the hat or cap of a man of prominence. The charm…