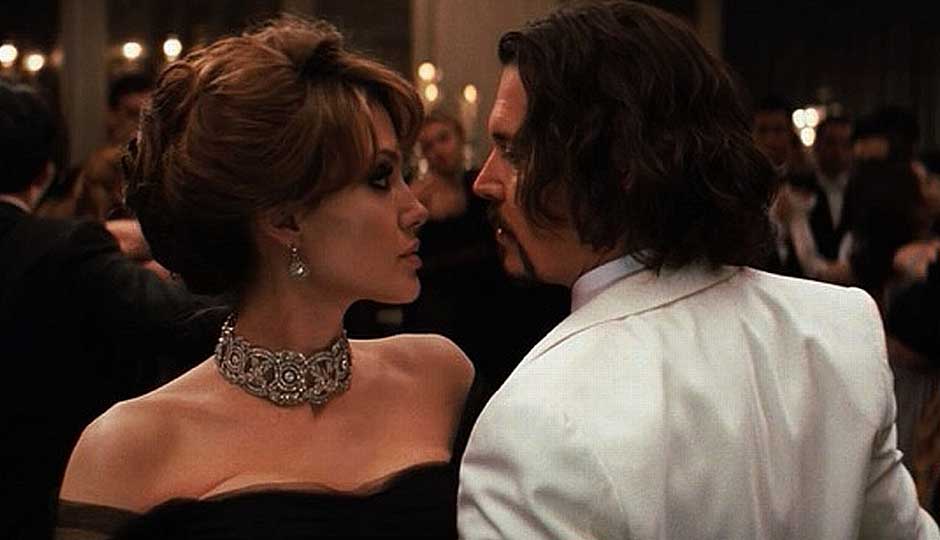 The Tourist is a movie all about an American tourist’s playful dalliance with a stranger that begins on a train and leads to a web of intrigue, romance and danger. To coin the words of super sleuth author Richard Castle, “I know, isn’t it great!”

And what we all have to figure out is who is masterminding the game the eccentric Frank (Depp) finds himself involved in when he meets the enigmatic Elise (Jolie). This happens during an impromptu trip to Italy, to supposedly mend Frank’s broken heart (well can you think of a better place to do it?).

However, unexpectedly, Frank finds himself in a flirtatious encounter with an extraordinary woman who deliberately crosses his path. He is intrigued. Who wouldn’t be if that woman was Angelina Jolie. And, what girl alive wouldn’t want to enjoy a dalliance with Depp! The interest and the action is played out against the breathtaking backdrop of Paris and Venice. Their whirlwind romance quickly evolves as they find themselves unwittingly thrust forward into a deadly game of cat and mouse, or is it? 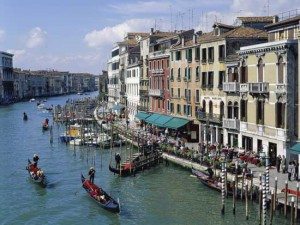 Florian Henckel von Donnersmarck, director of the film, has been quoted as saying about The Tourist in an interview:

“It’s a love story, that’s for sure. Imagine a woman who is just so elegant and sophisticated and educated and has lived in that world and now, through a whole set of circumstances, suddenly falls in love with a guy who is not any of those things, and it just somehow confuses her whole world because that was not meant to happen. She had it all worked out, she had this grand master plan, and neither he nor she had thought it possible that they would fall in love with each other. I have to keep the real details a secret otherwise you won’t have any fun seeing it.”

My catch cry in life over the years to my family (my 3 sons), and friends is that ‘if life is to be considered any sort of adventure at all then to enjoy it we must be ready in 20 minutes to go to Venice’ (i.e. if a tall dark and handsome guy or gorgeous and beautifully dressed girl asks). Well I am a Sagitarrian. So, my pull on international bag is always at the ready to pack my mix and match black apparel.  I can collect all the colour I want when I am there.

Venice is surely the most magical of all the cities in the world. My first visit there thirty years ago (eeks) won me over completely. Amazingly colourful at carnival time, its extraordinary history has included dark as well as uplifting moments and over the years I have written and lectured a great deal about it. The Doge's Palace as intriguing as its architecture

This canal city is today a place in which west and east can meet in the passionate pursuit of knowledge and cultural pursuits, enjoy its appealing atmosphere and truly scrumptious culinary delights. My second son and his wife spent many magical moments there recently and reported they had completely fallen under its spell, despite it being the time for high water when you have to traverse its treasures on raised boards, well if you want to keep your feet dry.

The ancient city of Byzantium and its style first influenced the ecclesiastical (Gothic) architecture of Venice, which was founded in a salt-water lagoon formed in prehistoric times. It created a unique look that combines the exotic with the divine. The neoclassical style was added later.

Venice consists of 118 flat islets packed closely together. The early settlers escaped being massacred by the marauding Goths, Huns and Lombards by seeking safety on these islands were they set about cornering the salt trade to keep them alive.  They discovered a solid layer of clay beneath the soft mud covering of the islands could hold buildings if large vertical piles were driven down into the substratum. A horizontal layer of piling on top then provided the foundations for almost all of Venice’s 20,000 or so buildings. Its more than extraordinary.

Following the attempted invasion of the islands by Pepin, son of Charlemagne in 810 the inhabitants moved to the increased safety of the Rialto which meant high embankment, the beginning of Venice. The Arsenal was first built in 1104, the word Arsenal a Venetian invention coming from the Arabic word for ‘house of industry (darsina’a).

Though protected by the sea and the lagoon Venice was the only major power without a fortress so the first major building to be fortified was the essential shipyard. At its peak 16000 craftsmen could turn out an entire fighting galley in a single day. The Aresnalotti as the men were called were a privileged elite and lived with their families within its walls. 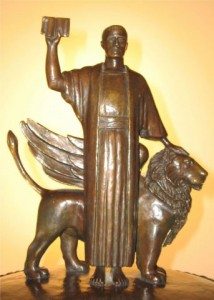 St Mark and his protective Lion at Venice

The Lion is the emblem of Venice. It  guards the arsenal and the one that decorated the land gate in 1460 still exists. When Carpaccio painted a canvas of the lion he did not forget to include a grace note ‘Pax tibi Marce Evangelista meus’ (Peace unto you, Mark my Evangelist) – to signify that among the Venetian people Mark would find rest, veneration and honour. These words were written in the book held open by the winged lion’s paw, symbolic of the formidable power and intentions of the Most Serene Republic.

Venice is still called La Serenissima (Most Serene Republic) a title bestowed upon the city by a pope during one of the rare periods when Venice and the pope were not at war with each other. Its history of 1100 years is littered with warring, plotting of wars, profiteering from other nations wars and counting the loot brought home.

A city only the size of New York’s central park overwhelmed Constantinople the greatest and richest city on earth and by 1500 it was the largest empire in the west.It is an amazing statistic that in all of history there has only been about three million Venetians and about 85,000 people still live today in historic Venice, which has managed to remain free of the hustle and bustle of the rest of the civilized world.

The penultimate things to do in Venice is eat out at night under the stars in St Mark’s Square or take a ride to Torcello, which is an island in the lagoon. It has the most fabulous restaurant, Locanda Cipriani, read all about it here and drool.  Still I digress.

What man wouldn’t want to enjoy a romantic ride in a gondola with Angelina Jolie. And, if you are a girl having a fantasy who better than to have it with Captain Jack himself, the versatile and very vital Johnny Depp. Hey, am not sure about you but I am already hooked. Johnny Depp is definitely my kind of guy, quietly disposed, very intelligent, slightly edgy, extremely witty and, to top it all off, unfailing charm and totally mesmerizing eyes. My sons would happily declare they would escort the ravishing and athletic Angelina Jolie, who they tell me is actually every thinking man’s fantasy, to anywhere she wished to go.

Glancing down the supporting cast list reveals a group of men who add very definite interest.  I am sure many were attracted to take part by the teaming of Jolie with Depp. (well if they weren’t they need a reality check). They are Paul Bettany. Now who can forget him as the mesmerizing monk in Da Vinci Code. I can still feel the flaying threads of his cilice.

Then there is the very enigmatic and wonderfully theatrical Timothy Dalton, who as Bond certainly got my vote. Steven Berkoff is certainly the man you want when you need a really good villain. And then there is the restless Rufus Sewell, well he is surely a thinking woman’s hearthrob as well?  And, France’s Brun Wolkowitch has been winning French women’s hearts since the mid 80’s . It really is a great line up of talented actors all with distinguished careers of their own. All in all a winning combination.

Venice here we come. This year, and for the immediate moment it may only be as an armchair tourist, but nevertheless we will join into the adventure with a promise of great enthusiasm. The there is always the revived hope of a trip to see you, and those simply marvelous bronze horses from antiquity, at least once more in a lifetime.

Enjoy the Trailer of The Tourist: Starring Johnny Depp and Angelina Jolie

BBC One TV series Poldark is full of conflict, feuding, passion and drama in episodes 9 & 10 of Season 2, as Ross and Demelza war with each other over Elizabeth