The Rothschild family in England were considered perhaps the greatest collectors of the nineteenth century.

As proof of their discernment of taste they gathered not only decorative arts of the finest craftsmanship, but also those of significant historical importance focusing on the medieval and Renaissance periods, which were having a revival of interest in the Baron’s lifetime.

To house and display his outstanding collection Baron Ferdinand de Rothschild (1839 – 1889) from 1874-83, raised a truly stunning house Waddesdon Manor in Buckinghamshire in the style of a French chateau, where he put them on show in the New Smoking Room.

Having moved from Vienna to London and become an English citizen, Baron Ferdinand sited his house on a hilltop with splendid views of Oxfordshire, the Chilterns Hills and the Vale of Aylesbury. 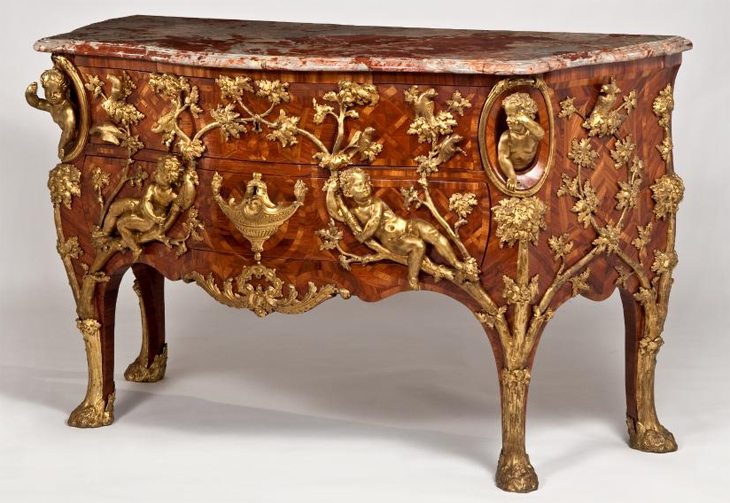 He and his wife entertained lavishly, although the Baron himself suffered from dyspepsia and mostly lived on toast.

To be invited to Waddesdon Manor to one of its famous house parties in Queen Victoria’s age was the pinnacle of achievement in society.

The revival of the styles of the ancien regime in furniture he preferred thrived during the later years of the nineteenth century with the curvaceous Louis XV and restrained neo classical Louis XVI styles predominant, sitting among the latest and most comfortable ‘modern furniture’.

The historical pieces chosen, which all tell a story, suited both the tastes and style choices of the Rothschild’s during the Napoleon III period (1852-1870), reflecting their position in English society

Waddesdon Manor was bequeathed to the National Trust of England in 1957. Jacob Rothschild the 4th Baron still manages the estate today; a visit is a memorable experience. Baron Ferdinand bequeathed 300 of the precious art objects he and his father Baron Anselm von Rothschild collected to the British Museum when he died in 1898; designating the objects in his ‘Smoking Room’.

They represented the historical styles of the Renaissance and Baroque periods in Europe from the 15th to the mid 18th century.

Works of the highest quality, they were intended to inspire emerging artists and craftsmen to achieve.

There were masterpieces of goldsmiths’ work, painted enamels, glass and ceramics, sculpture and small carvings in wood. At the time a collection of this quality was considered unique, given the rarity and expense of the pieces.

The treasures, which have been in storage at The British Museum during renovations of the building, will go back on show in a brand new gallery from June 2015. Free entry for all.

Celebrating this event, a book about the bequest has been produced; A Rothschild Renaissance: The Waddesdon Bequest will be on sale from June 10, 2015

One of the items was a glorious glass, enamel and gold goblet, made 1500 – 1525. It proves the skill of Venetian glassmakers who used an extensive range of colours and golds fired onto the glass to craft the delightful illustrations preferred by clients. 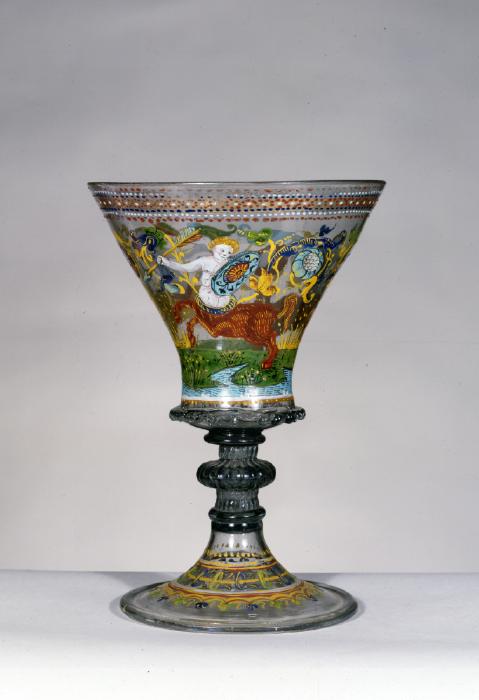 This features fantastical creatures like centaurs galloping around the bowl.

Made at the Murano glass workshops in Venice, the decoration continues onto the foot, which bears the makers mark; a single small pontil.

However it was retained at the house on the instruction of Baron Rothschild’s sister Alice, who chose to keep it close following his death.

A pleasanter form of existence as life in an English country house during the nineteenth century has seldom been designed and, it is what many still aspire to.

The Rothschild family tended to attract legends, Lionel Rothschild commenting the cows at his house at Tring in Hertfordshire ate out of silver mangers, while his son Alfred drove around in a pony cart pulled by Zebras. Waddesdon Manor, inspired by the chateaux of the Loire Valley in France – foundation stone laid 1877, construction continued until 1891

The Baron bought the land for his house in Buckinghamshire as a bleak treeless site from the Duke of Marlborough, who was a near neighbour. 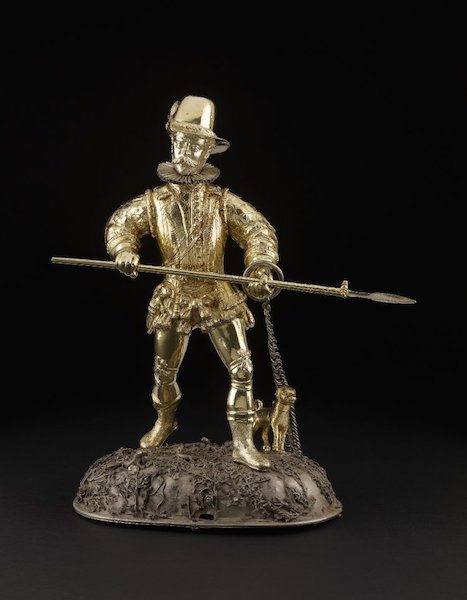 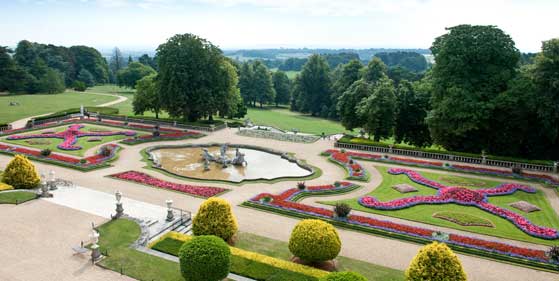 Inspired by the French gardens of Andre le Notre at Versailles, the Waddesdon Manor gardens are designed to delight guests past, present and future.

The bleakness disappeared as with a vision of the future firmly in his mind, he planted hundreds of fully-grown trees to crown the splendid French style Chateau that he was building.

It was forward thinking on a grand scale. The garden was designed to delight visitors, and today restored to its former glory, it is his legacy.

The Baron filled his house with treasures from the past because he basically preferred old things to new. There are so many that only the most dedicated country house visitor today can leave the place without feeling completely stunned.

Fine furniture and porcelain, decorative carpets and tapestries, stunning snuffboxes and glorious gilded clocks, had poured out of French workshops during the revolution and were snapped up at auction.

The Rothschild’s also purchased panelled rooms in Paris when massive road works were underway from 1853 as Baron Georges-Eugéne Haussmann’s plan to beautify the city came to fruition.

Splendid eighteenth century French mansions were being torn down, and Baron Ferdinand moved quickly to effectively save many of their superb architectural elements and treasures for posterity. Introducing the makers and patrons, virtuoso craftsmanship, faking and the history of collecting from the late medieval to modern periods, as told through the objects is an aim of A Rothschild Renaissance: The Waddesdon Bequest .

The objects featured are exciting, exotic, superbly illustrating the passions and fashions that ensured they were made.

By looking at individual objects in detail, and drawing on new photography and research, the new book will enable readers to see and understand the objects in a completely different light.

A Rothschild Renaissance: The Waddesdon Bequest.

The Metropolitan Museum New York has conserved six precious classical Persian Carpets, which will go on display on March 2, 2017, for the first time in decades